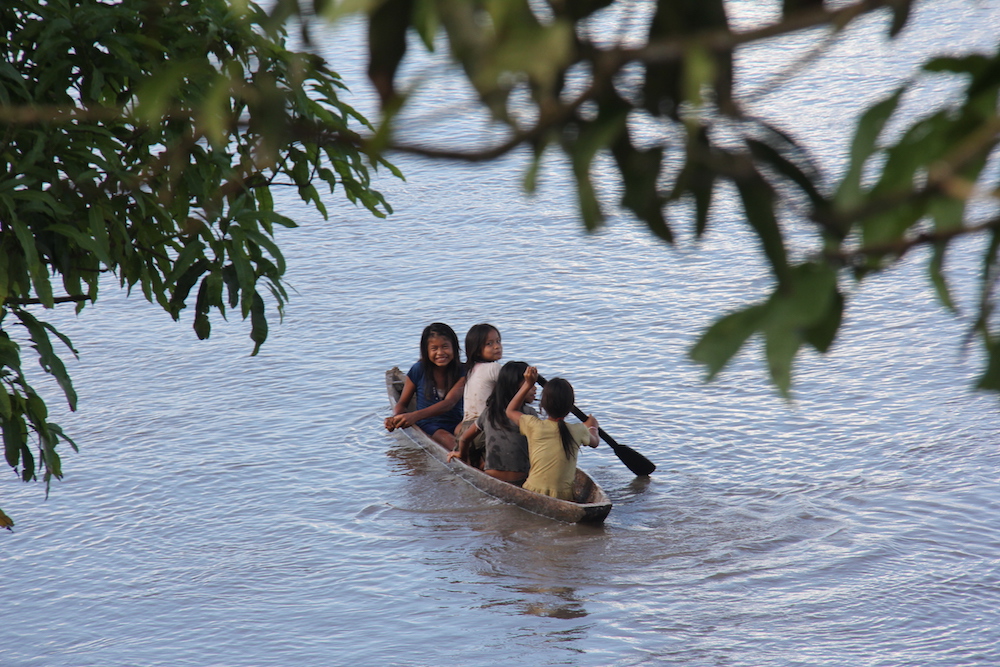 Despite all the high-tech solutions proposed for capturing carbon from the atmosphere, one of the best methods is low-tech and inexpensive: keep the planet's forests, especially its tropical forests, intact.

Indigenous peoples and other traditional forest dwellers are on the frontlines in protecting the forests on which they depend for their survival — a role increasingly recognized by scientists and policymakers. Various studies show that indigenous territories are often better protected against deforestation than the areas around them, and sometimes even better protected than national parks.

But although their territories are increasingly under discussion at high-level climate negotiations, Indigenous leaders say they remain on the sidelines of those talks.

"We still don't have access to the places where the decisions are made … even though we are the original inhabitants of our territories, where the salvation of the planet is, where global warming can be avoided," Gregorio Díaz, leader of COICA, an umbrella group of Amazonian Indigenous organizations, said during a virtual panel discussion of Indigenous leaders that was part of a Dec. 8 event called the "Cry of the Rainforest." 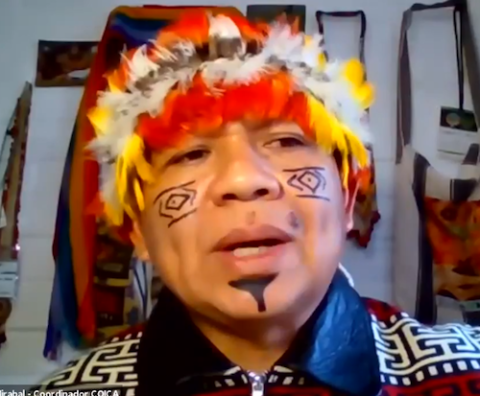 Dec. 12 marks the fifth anniversary of the signing of the 2015 Paris Agreement on climate change, in which most of the world's countries agreed to reduce greenhouse gas emissions in an effort to keep the average global temperature from rising by more than 2 degrees Celsius from its pre-industrial level.

But church leaders and others say that effort has so far fallen far short, as EarthBeat's Brian Roewe reports.

The climate summit scheduled for this year — the 26th conference of parties to the U.N. Framework Convention on Climate Change, or COP 26 — was postponed until next year because of the pandemic.

Nevertheless, a virtual Climate Ambition Summit on Dec. 12 will give governments and corporations a chance to present more ambitious emission-reduction targets, known as nationally determined contributions or NDCs.

Stronger action is a moral imperative, because "the people daily paying the price of inequalities are also the most vulnerable to climate change," Chiara Martinelli, senior adviser at CIDSE, an international coalition of Catholic social justice organizations, writes in an EarthBeat commentary.

"Climate pledges should protect and learn from traditional knowledge, especially from Indigenous people, the first guardians of Mother Earth," she adds.

Díaz called for a more direct role for Indigenous leaders in the Dec. 12 Climate Ambition Summit.

"We need for our territories — not just the ones affected by fires and the pandemic, but all of our territories that are being conserved, [including] territories for isolated peoples — to be respected," Díaz said, "and for our organizations to participate, with voice and vote, in the agreements of this next summit that is being organized."

Indigenous peoples and other traditional communities inhabit at least 50% of the planet's land, but have legal rights to only about 10%, according to the World Resources Institute. That allows land speculators, miners, loggers, ranchers and others to encroach on their forests, often with violence.

Governments of countries like Brazil and Indonesia have also encouraged people from densely populated regions to move to rural areas, sometimes promoting resettlement in territories traditionally inhabited by Indigenous people.

"We call on countries to fulfill their promises," said Díaz, who was an observer at the Synod for the Amazon held at the Vatican in October 2019. "We call on industry to do its part to combat deforestation, illegal mining and oil spills, and to support titling" of Indigenous communities.

The Amazonian indigenous leaders who participated in the COICA panel discussion called for a faster transition from fossil fuels to renewable energy and for using climate mitigation funds to support indigenous communities in their forest conservation efforts.

That money does not trickle down to communities, which could use it to create plant nurseries to restore the millions of hectares of tropical forest that have burned in recent years, said Tomás Candia of the Confederation of Indigenous Peoples of Eastern Bolivia.

"Besides climate, it is important to consider the agricultural, economic, cultural and spiritual value" of indigenous territories, said Lizardo Cauper of Peru's Interethnic Association for Development of the Peruvian Rainforest, the country's largest Amazonian indigenous umbrella group.

"We are the children of the mother forest," Díaz said, "but we need the support of all of humanity to win this struggle, which is everyone's struggle.

The virtual U.N. Climate Ambition Summit will begin at 9 a.m. Eastern Time on Dec. 12, with representatives of countries and businesses from around the world presenting their updated greenhouse gas emission reduction targets. You can find more information about this and other upcoming events on the EarthBeat events page.

EarthBeat's Simple Advent, Abundant Life reflections invite us to simplify our gift-giving this Christmas. U.S.-style holiday cookies aren't the norm in Peru, so I usually give friends boxes of the cookies that my mother made for holidays when I was a child. I try to find cloth gift bags that the recipient can reuse, instead of wrapping paper that's likely to be thrown away.

How are you simplifying life this Christmas? Share your ideas with us at earthbeat@ncronline.org.

If you like EarthBeat Weekly, please pass the word! Feel free to pass along the link to EarthBeat Weekly on our website. Or if you prefer, you can sign up here to receive the newsletter in your inbox every Friday .