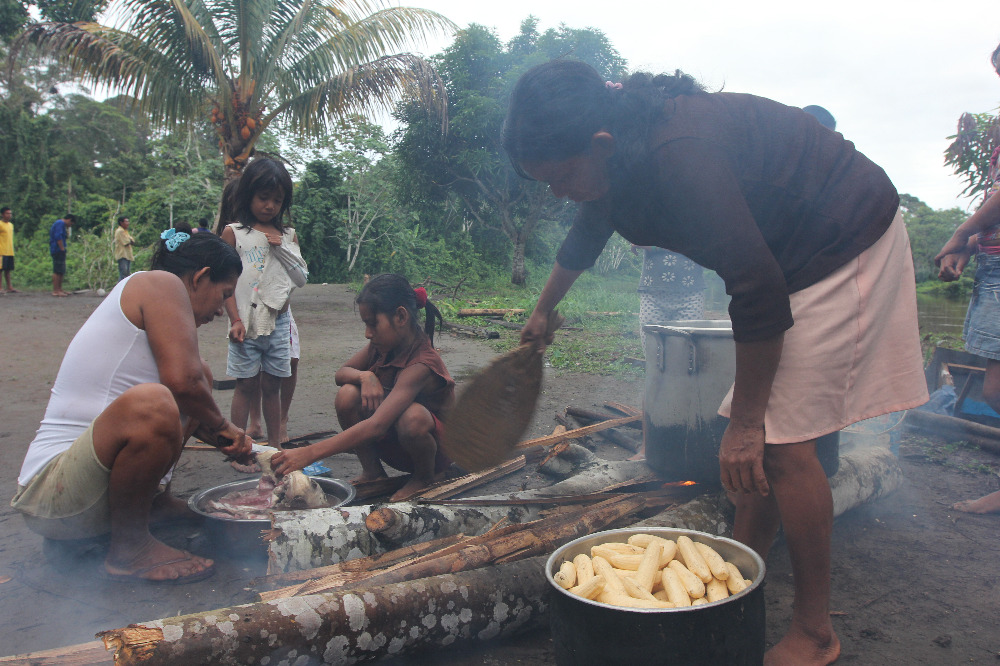 As the coronavirus continues to wreak havoc in the Americas, especially in countries with weak health-care systems, the region's original peoples are among those suffering most. At particular risk are groups in South America that live in isolation, following a semi-nomadic lifestyle. They depend on the forests, rivers and lakes for food and shelter, migrating upstream and down with the seasonal rise and fall of the waters. During some seasons they build temporary dwellings of poles, with roofs made of palm thatch, and plant small gardens that include crops like corn and cassava.

This is how most Amazonian people probably lived until just a few hundred years ago, when European missionaries, adventurers and settlers ventured into the basin formed by the world's longest river. Illnesses carried by those outsiders decimated groups that lacked natural resistance, however, and the devastating combination of disease and violent contact between Europeans and native peoples has echoed through the centuries.

One particularly brutal period was the rubber boom of the late 19th and early 20th centuries, which some historians now consider a genocide. To escape enslavement, violent punishment and murder at the hands of rubber barons, some Indigenous groups fled deeper into the forest, where their descendants still live in remote areas, shunning contact with outsiders.

Their history of isolation makes them particularly susceptible to diseases against which most of us are vaccinated, like measles. Even the common cold, which doesn't cause major problems for most people, can decimate an isolated group. And although no one is immune to the coronavirus that has caused the current pandemic, isolated groups would be particularly vulnerable if they came into contact with an infected person.

Since the coronavirus pandemic began making inroads into the Amazon basin, Catholic missionaries have warned about the risk of outsiders carrying Covid-19 into Indigenous communities. One particularly critical area is the Javari Valley Indigenous Land in Brazil, on the border with Peru. This protected area is home to both isolated people and groups that have come into contact with wider Brazilian society over the past few decades. Indigenous leaders in the Javari Valley prohibit religious proselytizing in the reserve, a position respected by the Brazilian Catholic Church's Indigenous Missionary Council (CIMI).

But evangelical missionaries are trying to contact isolated groups there, an effort that poses a serious risk, as journalist Eduardo Campos Lima explains for Religion News Service on EarthBeat this week. Amplifying the danger, the reserve's huge expanse of intact forest — covering an area the size of South Carolina —is also coveted by illegal loggers and gold miners, as well as by small farmers who enter the area illicitly to clear areas for agriculture. Meanwhile, large industries are lobbying the Brazilian government for permission to extract timber and minerals from Indigenous territories like the Javari Valley.

The Brazilian Catholic Church warned in July that the dual danger of the pandemic and invasion by outsiders of various Indigenous territories inhabited by isolated people could result in genocide (article in Portuguese). Amazonian church leaders have called for governments to respect the right of isolated groups to decide when — and whether — to enter into contact, and to protect them in the meantime by safeguarding their territories.

The situation of isolated people is "very tenuous," Pope Francis says in Querida Amazonia, the papal exhortation resulting from the October 2019 Synod of Bishops for the Pan-Amazon Region. "They should not be viewed as 'uncivilized' savages," he writes. "They are simply heirs to different cultures and other forms of civilization that in earlier times were quite developed."

From the North Pole to Antarctica and everywhere in between, no place on the planet is untouched by climate change. What is happening in the corner of the world where you live? When did you notice? How does it affect you and how are you responding? We'd like to know. Tell us your Small Earth Story in 150 words or less. You can check out the entire series, and  submit your own Small Earth Story here.