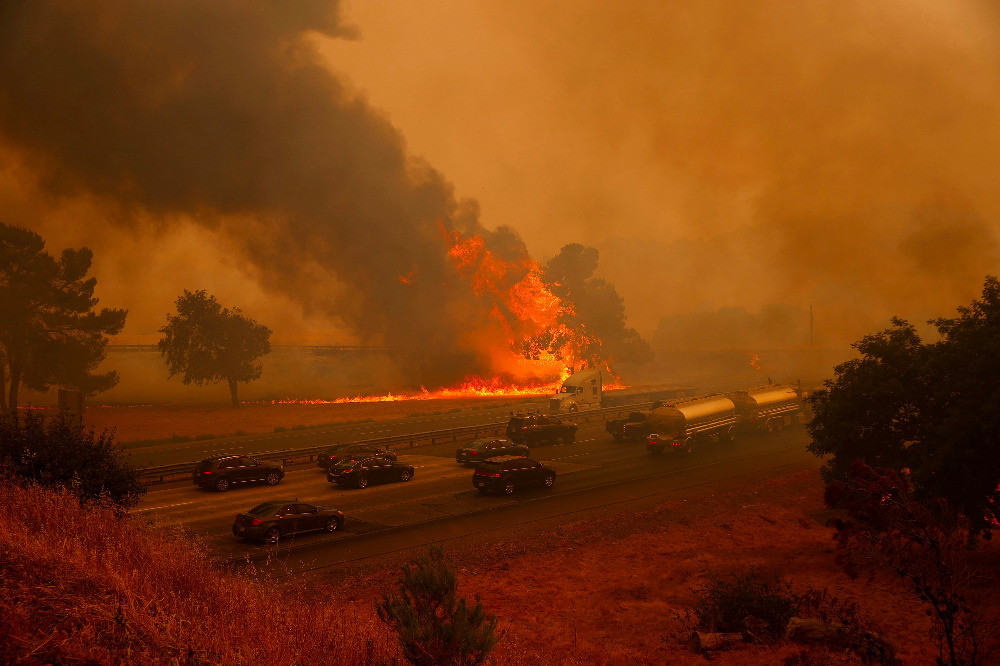 If we need another reminder of what a warmer future could mean for the world, we have only to look out West. California appears to be heading for another fierce fire season, with more than 5,000 fires reported to have burned more than 100,000 acres as of Aug. 16, compared to 28,000 acres in the same period in 2019. Four of the 20 largest fires on record for the state, and four of the deadliest, occurred in the past three years, according to the state Department of Forestry and Fire Protection's Cal Fire website. The fires are linked to climate change in a vicious circle, as a warming climate makes intense fire seasons more likely, and destruction of forests exacerbates climate change.

Looking around the world, we see similar patterns. Images of orphaned koalas went viral at the beginning of 2020 when wildfires raged in Australia, killing dozens of people and destroying thousands of homes. The country's bishops spoke out, and faith communities aided victims while drawing the connection between the fires and the deeper issue of the climate crisis.
Fires in the Amazon basin drew the most international attention, with Pope Francis joining Latin American bishops in calling for the nations of the world to help extinguish the blazes that had cast a pall of smoke over the region. While everyone knew of the fires in the Amazon, however, there was little attention paid to Africa, which appeared to have even more outbreaks than South America.
But all fires are not the same, experts say, partly because the ecosystems where they occur vary widely. Fires in the Amazon basin are eating away at a tropical forest that, left to its own devices, is too wet to burn naturally. That means the fires are set by humans, usually after they have cut down trees to build a road or clear land for farming or ranching. Whenever part of the forest is cut down, new forest edges are created.
These new edges, where trees and underbrush are more exposed to sunlight and wind, become drier, so the next time someone burns a field nearby, the fire is more likely to penetrate the underbrush. Perhaps not far, but enough to make that area even drier in a vicious circle that makes the forest more and more likely to burn.
In Africa, the fires mainly occur on the savannah, sweeping grasslands where scientists say ecosystems have evolved with humans who have used fire for millennia to clear plots of land for planting or encourage new plant growth where cattle graze. But experts say the global impact of those fires — which show up on time-lapse maps as a band that shifts seasonally from southern to northern African countries and back again — is not known.
People have used fire for millennia in the Amazon basin, too, but native people, who apparently burned areas to increase soil fertility with terra preta or "dark earth," the forerunner of biochar, did not have the impact of today's huge industrial farming and ranching operations or logging companies. The palm oil industry has a similar impact in parts of Asia, especially on peatlands in Indonesia and Malaysia.
A lightning strike is unlikely to spark a wildfire in the Amazon basin, because the tropical forest is too wet to burn for very long. Forests in the U.S. West are different, however, and some tree species actually need fire to reproduce. But a hotter, drier climate is likely to make fires more frequent and intense, scientists say. And people have increasingly pushed out the edges of urban areas in search of tranquility, meaning that more are living on the "wildland-urban interface," increasing the risk that humans will accidentally start fires and that fires will cause loss of life and property in areas that used to be uninhabited.
Wildfires get the most attention when they are felt in urban areas. The 2019 fires in Brazil hit the headlines after the skies went dark over the metropolis of São Paulo one afternoon. In western Brazil, the state of Acre took action to control fires during the burning season after 2010, when thick smoke settled over the state capital of Rio Branco, causing health problems.
Journalist Jane Braxton Little highlighted a little-reported risk in forests near the Chernobyl nuclear reactor, which exploded and burned in 1986. The forest soil has helped keep radionuclides trapped in soil, but fires change soil chemistry and could release those substances into the food chain. A warming climate increases the risk of fire, making the release of those substances more likely. "And larger, more intense fires could destroy the forests entirely, obliterating their ability to keep what's in Chernobyl in Chernobyl," she writes.
As fires close in on more densely populated areas, the threat to health grows. Inhalation of particulates can have long-term health effects, leading to premature death. Firefighters are at greatest risk, but urban residents can also be affected.

This year's coronavirus pandemic has highlighted a group of firefighters who have received little attention. California's firefighting ranks are thinner this year because the pandemic has meant there are fewer prison inmates working on the front lines. A state work-release program allows inmates to work in conservation camps, with tasks that include fighting wildfires. Despite their training and the risks they face, however, they often cannot qualify for jobs as firefighters when they complete their sentences - an injustice highlighted in a Los Angeles Times editorial.
In places where fire use is traditional, changing the ways people use forests and manage fire is a step toward prevention. In Acre and some other Amazonian jurisdictions, local governments monitor long-range forecasts and ban burning during periods of high temperatures and winds. And in southern Guyana's Rupununi region, a serious fire in 2019 led to a creative solution. 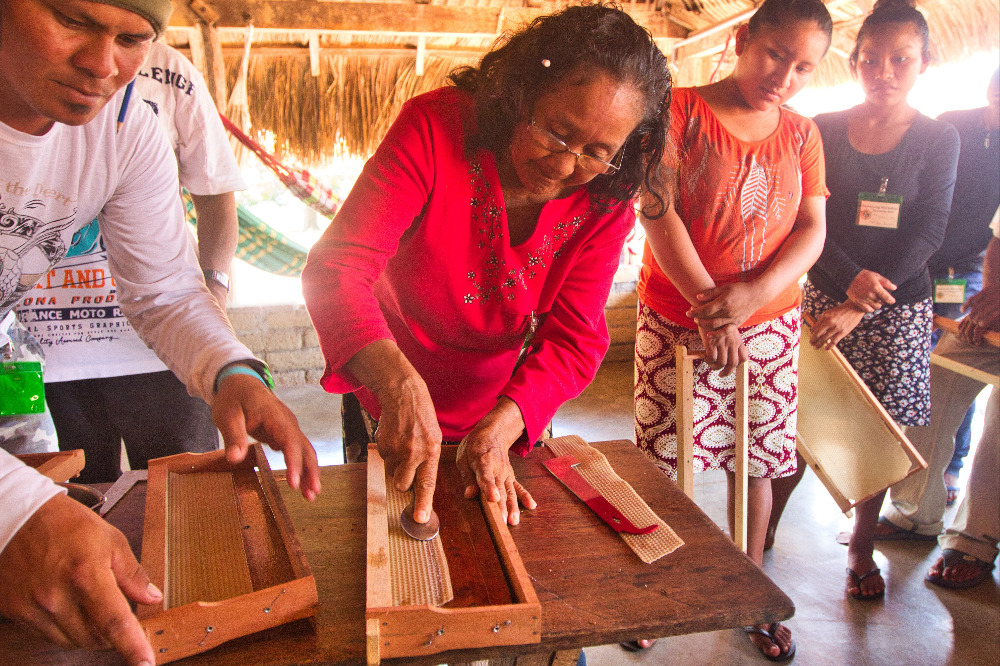 The blaze burned out of control for two weeks in a "bush island" — a forested area that provides critical wildlife habitat — near the Karanambu Ranch, which caters to nature tourists. The fire had gotten out of control when local villagers were smoking bees out of a tree hive to collect wild honey. Ranch manager Melanie McTurk organized workshops to teach the wild honey collectors to keep beehives instead, along with helping them to market honey to other ranches and agencies in the tourism industry.
With global temperatures rising relentlessly, we need creative and effective ways of addressing the causes of both the climate crisis and its corollaries, like wildfires, more than ever.
Here's what's new on EarthBeat this week:
Elsewhere, in the world of climate news:
Upcoming Events:

The Association of U.S. Catholic Priests is launching a series of monthly webinars to mark the Season of Creation and. The first, Meatless Mondays and Climate Change: A Calling and a Solution, is scheduled for 4 p.m. Aug. 24.

Closing beat:
September is a time of Jubilee for the Earth, as people of faith worldwide celebrate the Season of Creation, beginning Sept. 1 with the World Day of Prayer for the Care of Creation and ending on Oct. 4, the Feast of St. Francis of Assisi. This year, EarthBeat will bring you reflections three times a week by Paul Jeffrey, an award-winning photographer who looks at the world through a lens of faith.
If you like EarthBeat Weekly, why not share it with a friend? Feel free to forward this newsletter or pass along the link to EarthBeat Weekly on our website. And if you're reading this issue of EarthBeat Weekly in your browser and would like to receive it in your inbox, you can sign up here for weekly delivery.
As always, if you find EarthBeat reporting worthwhile, we urge you to consider supporting our work by becoming a member of NCR Forward for as little as $5 per month. EarthBeat will sponsor two special events for NCR Forward members during September to mark the Season of Creation. Stay tuned.
Barbara Fraser
NCR Climate Editor