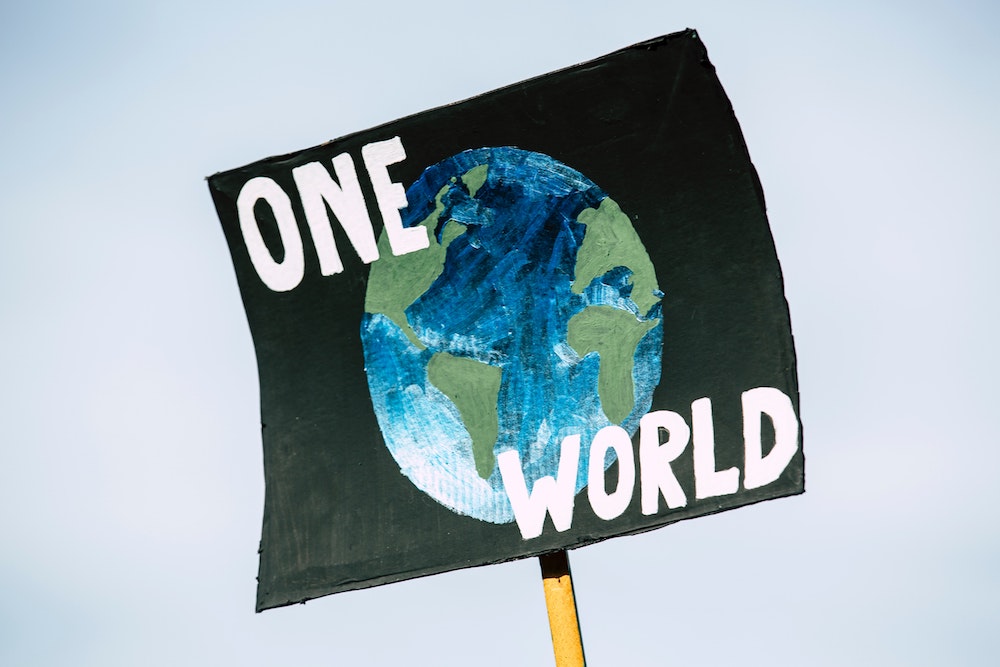 From time to time, I hear something that makes me think about the world in a different way. That happened this week, when I watched a presentation by May Joseph, a professor of social science and culture, about sand.

It struck me, because I live in a desert — Lima, Peru, is the largest desert city in the world, just after Cairo. And sometimes I long for more greenery, even as I cringe when I realize that people water their gardens with tap water in a region where water is scarce.

Joseph, who spoke at a virtual event sponsored by Columbia University, spent years living in Qatar and speaks poetically of the country's sand dunes. She is also critical of the use of the word "desert" — a term that she associates with the Saharan countries' colonial past, which conjures images of a harsh, empty expanse of land. In fact, she says, those drylands have a life of their own, and she prefers calling the region the Sahara biome.

The grains of sand in that biome might be tiny, but they have an outsize impact on the planet as seasonal winds carry them long distances.

The Sirocco winds, which blow northward from northern Africa and have different names in different places, carry dust across the Mediterranean countries and can reach as far as Britain. The Shamal wind deposits sand across the Middle East.

And then there is the Harmattan, a trade wind that blows westward from western Africa, carrying dust as far as the East Coast of the United States, parts of the Caribbean and the Amazon Basin.

Scientists estimate that 400 million to 700 million tons of dust are swept up from African drylands every year and settle over the planet's surface, with some 60 million being carried westward across the Atlantic.

Although these dust-laden winds are a health hazard for humans, they are a crucial source of ecosystem nutrients, depositing phosphorus, calcium, potassium and iron that fertilize forests and oceans.

But a warming climate could change that. Scientists predict that warmer oceans could slow the Saharan winds, reducing both the amount of dust they pick up and the distance it travels. This would also reduce the amount of nutrients reaching distant ecosystems. The airborne layers of dust also reflect sunlight, helping to cool the planet, so a reduction could contribute to further warming.

The dust storms are a reminder of how interrelated Earth's systems are, and how the disruption of one can have consequences in distant places. They also remind us that humans are part of these systems, not above or outside of them, and that the human activities warming the climate have impacts on people in places we can barely imagine.

That has been a constant theme in Pope Francis' messages, especially documents like Laudato Si' and Querida Amazonia. And Francis, who studied chemistry, is clearly comfortable talking with scientists about these relationships and adding a moral message to the scientific facts.

On the Oct. 4 feast of his namesake, St. Francis of Assisi, the pope joined nearly 40 leaders of various faith traditions in signing and delivering a declaration calling for governments to take strong action on climate change at the November U.N. climate conference in Glasgow, Scotland. They also pledged to work with their congregations to increase awareness of and engage in action on climate issues, writes NCR environment correspondent Brian Roewe.

Just a few days later, reports Carol Glatz at Catholic News Service, Pope Francis launched an academic program at Rome's Pontifical Lateran University aimed at contributing to an "ecological conversion." He also urged universities around the world to take an interdisciplinary approach to education for sustainability.

When I read Glatz's story, I was reminded of Joseph's description of the sand dunes and their place in the global scheme of things. She is a social scientist and performance artist, not a geologist or climatologist, yet she spoke poetically about both the art and the science of Saharan sand.

She told her listeners that humans need a new relationship with that dust — a new ethic and a new aesthetic of sand, as she put it. We can probably say that about the relationship of most humans with much of the natural world.

Although Francis will not be taking his moral message in person to the Glasgow summit, as Catholic News Service reported Oct. 8, the faith leaders' appeal will undoubtedly echo among activists attending the event. When they urge the world's leaders to listen to the cry of the Earth and the cry of the poor, they are talking to all of us.

This week's events include a morning of creation-centered prayer and reflection and a conversation between the president of the University of San Diego and oceanographer Michel Boudrias. I'll also be talking about what Catholics should know about November's U.N. climate conference as part of an "Ecospirituality in Action" series sponsored by the Franciscan Sisters of Perpetual Adoration.

You can fine more information about these and other events on EarthBeat's Events page, and you can add your group's event here.

Is your parish or faith group planning any educational or other activities related to the November climate conference? If so, we'd like to hear about them. Drop us a line at earthbeat@ncronline.org.