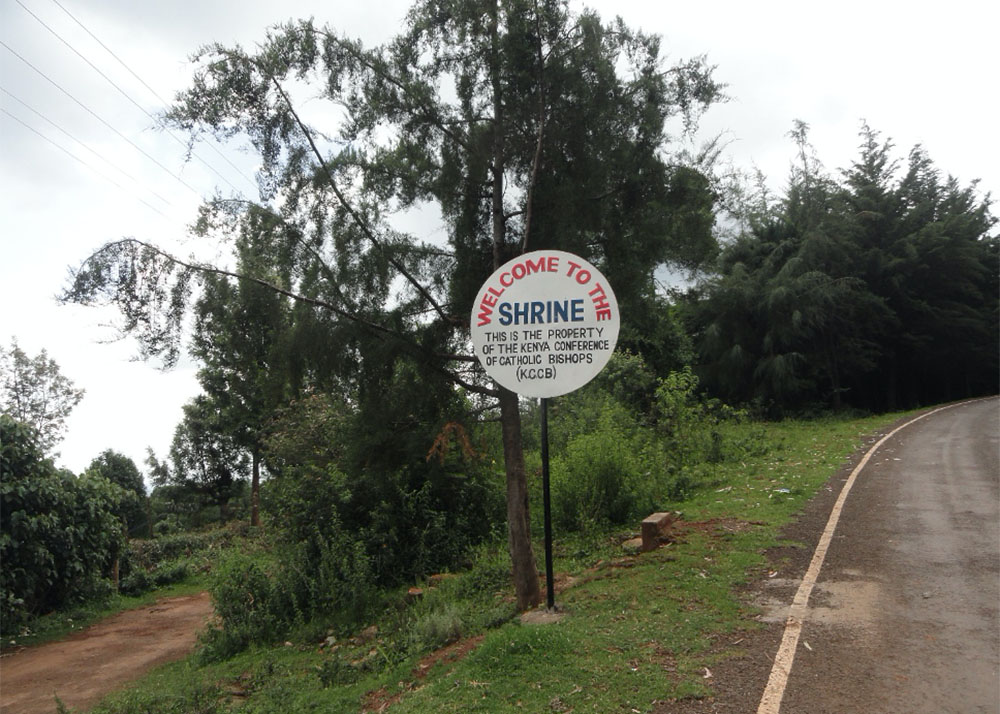 Since its founding in the 1980s, the 200-acre Subukia National Shrine in Kenya has been a place of worship for Christians and non-Christians alike, with surrounding forest and springs that many visitors consider to hold healing powers. (Shadrack Omuka)

About 140 kilometers northwest of Kenya's capital city of Nairobi, on top of Subukia Hills in the Great Rift Valley region, lies Subukia National Shrine. For many years, Subukia Shrine was a place with a beehive of activity, but recently it has been losing its splendor due to environmental degradation.

The 200-acre monument in the outskirts of Nakuru was dubbed the village of Mary Mother of God in 1983 by Cardinal Maurice Michael Otunga. Since then, Subukia Shrine has been a place of worship for both Christians and non-Christians alike. But despite its continuing significance in East Africa, Subukia Shrine, operated by the Kenya Conference of Catholic Bishops, is now threatened by rapidly increasing environmental degradation, including massive deforestation that has occurred as a result of human encroachment in the area.

The nearby Subukia Forest, which is part of the shrine and used to host much wildlife, has not been spared as illegal loggers cut down more and more trees — including endangered ones — for timber or for charcoal burning. The forest's once thick, green, closed canopy is nowadays dotted with white and brown patches, an indication of destruction.

According to some residents, the forest has been turned into a timber yard, with heavy trucks ferrying logs to unknown destinations all day and night. Others say the felled forest looks more like a wheat farming field. 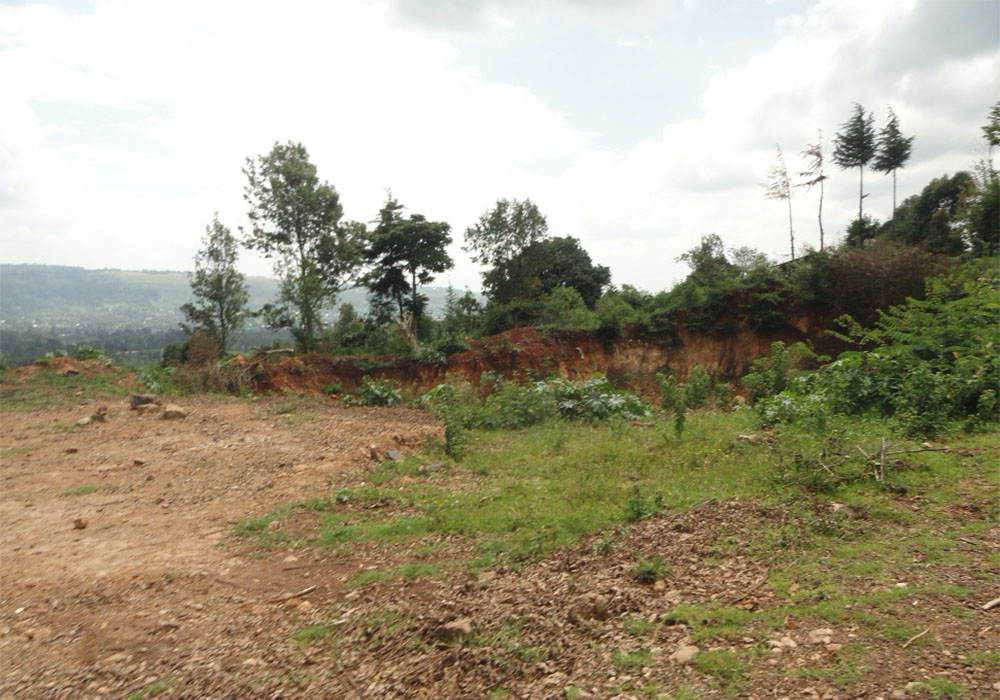 A section of degraded land is seen just meters away from the main gate of the Subukia National Shrine in Kenya. The 200-acre monument has been threatened by environmental degradation due to illegal logging in the area. (Shadrack Omuka)

The loggers are said to be well-connected to powerful politicians and senior government officials.

"Who are you to stop them, these are well-connected individuals," David Maina, a resident of Subukia, told EarthBeat.

What was once the source of a serene environment for pilgrims at the shrine has been destroyed. The wildlife has started disappearing. Antelopes, colobus monkeys and hundreds of species of birds that were easy to see at the shrine years ago are now rare.

"The environment here was cool and friendly, unlike nowadays. It's hot and unfriendly. Even crops aren't doing well due to bad weather," said Maina.

Maina, who operates a taxi business in Subukia, elucidated how they used to have good business due to the large number of pilgrims who visited the monument, but nowadays business has slowed. He said it is sad that the famous shrine continues to degrade at an alarming rate while the government and the church largely remain silent.

The most threatened areas are the holy springs — alleged to have healing powers — that are rapidly disappearing. Every year, people from across the continent flock to the area with buckets to pray and to fetch water. 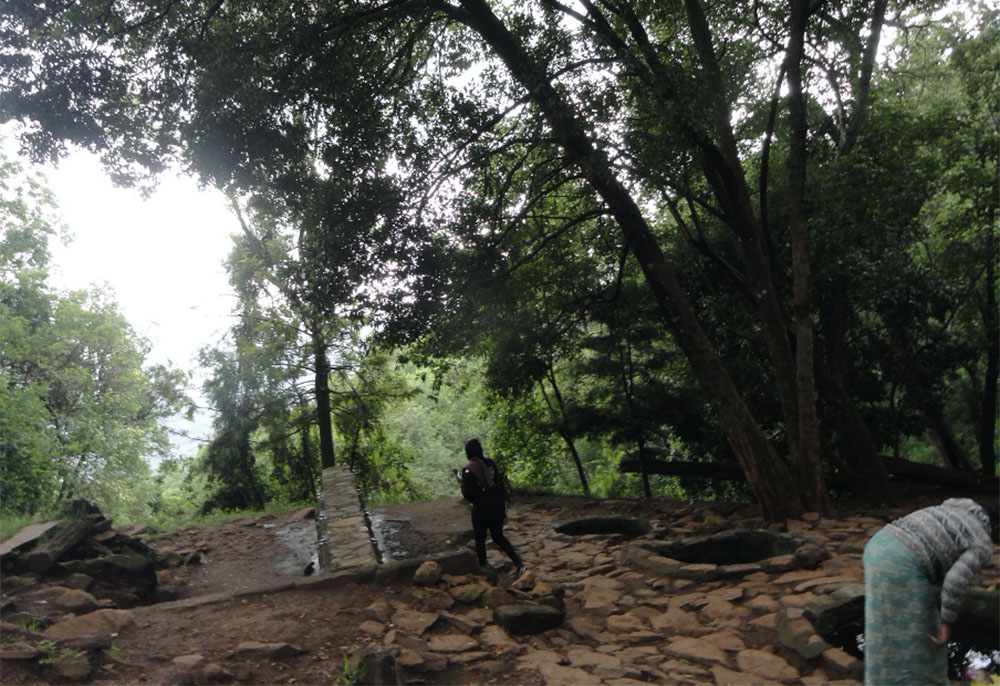 "Sometimes you can go to the spring and find very little water coming out, but some years ago the waters were permanent and in large amount. Things have changed, the springs are threatened and soon they may disappear," said Florence Mwangi, a regular visitor of the shrine.

"I personally have experienced a miracle from the spring's water and seeing them being destroyed is traumatizing," said Mwangi.

The springs are the water catchment and drain water to many rivers, including the Subukia River, which feeds Lake Baringo, one among the few freshwater lakes in Kenya's Great Rift Valley.

For a long time, Subukia was known as the rainy region, but due to climate change the zone is experiencing drought that threatens the livelihoods of many residents who depend on small-scale farming for survival. The neighboring rivers that flow near the shrine have been threatened and their water levels have gone down significantly as effects of climate change escalate.

Environmentalists have raised concern saying that if no immediate action is taken to address the situation, the shrine will soon join the annals of history. 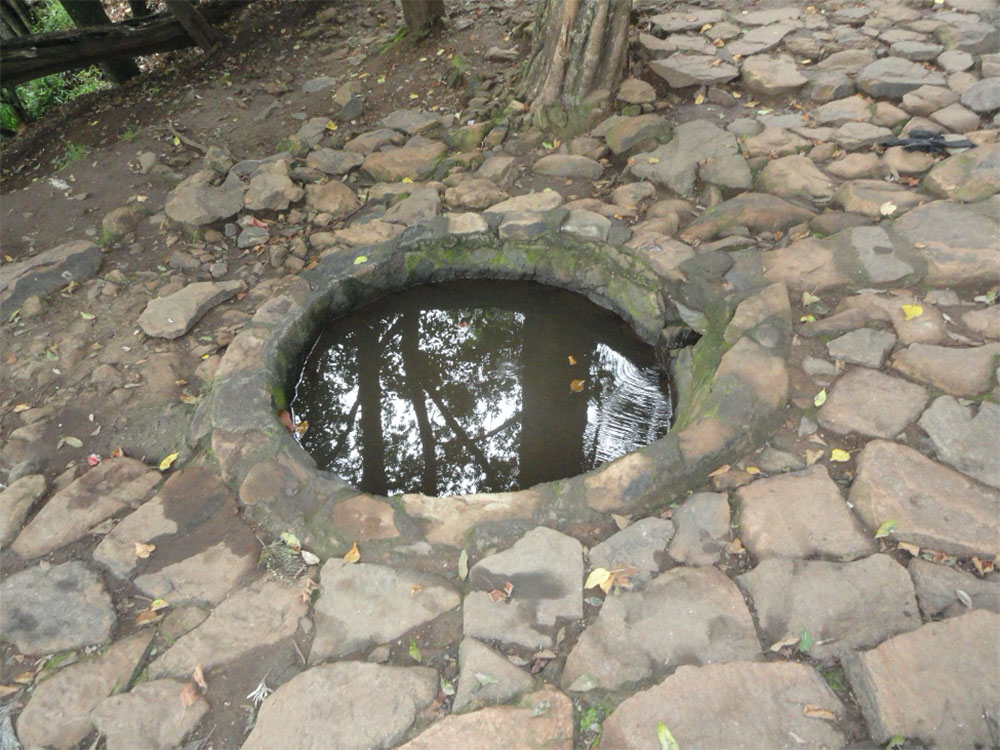 A well at Subukia National Shrine is filled with rain water rather than spring water. The springs have been drying up as droughts have limited rainfall and lowered river levels that flow near the shrine. (Shadrack Omuka)

John Langat, an environmental activist and a resident of Subukia, told EarthBeat that the situation is worsening as more destructive activities are still taking place in the forest despite environmental warnings.

"The government and other stakeholders should just stop illegal logging in this forest," he said.

"There are some tree-planting exercises that normally take place around here but are not enough. You cannot plant a tree today, start depending on it tomorrow. Trees take time to mature," he continued.

According to the National Environmental Management Authority (NEMA), Kenya has a forest cover of 7.4%, short of the constitutionally accepted 10% forest cover. The decreasing forest cover is aggravated by an abated destruction of trees for charcoal burning.

During a March tree-planting event in the Ngong Hills area that was funded by a Japanese company, the Kenyan cabinet secretary for the ministry of environment and forestry, Keriako Tobiko, insisted that the extension of the moratorium on the ban of logging and the ban on use of charcoal as a source of energy is the only way to address illegal logging. But this is also problematic because the majority of Kenyans are poor and cannot afford liquefied petroleum gas, electricity and kerosene.

Faced with continuing deforestation, the local church has been at the forefront in educating the surrounding communities on the need for conservation to protect the planet. Connecting conservation to church teachings have led many people, especially older generations, to support greater protection of the environment not only around the shrine but across the vast Rift Valley Region.

Later in May at a separate tree-planting at Subukia Shrine, Fr. Erick Ondieki, rector of the village of Mary Mother of God, urged the locals to embrace environmental conservation, saying that nature is a gift from God that must be embraced by all humankind. 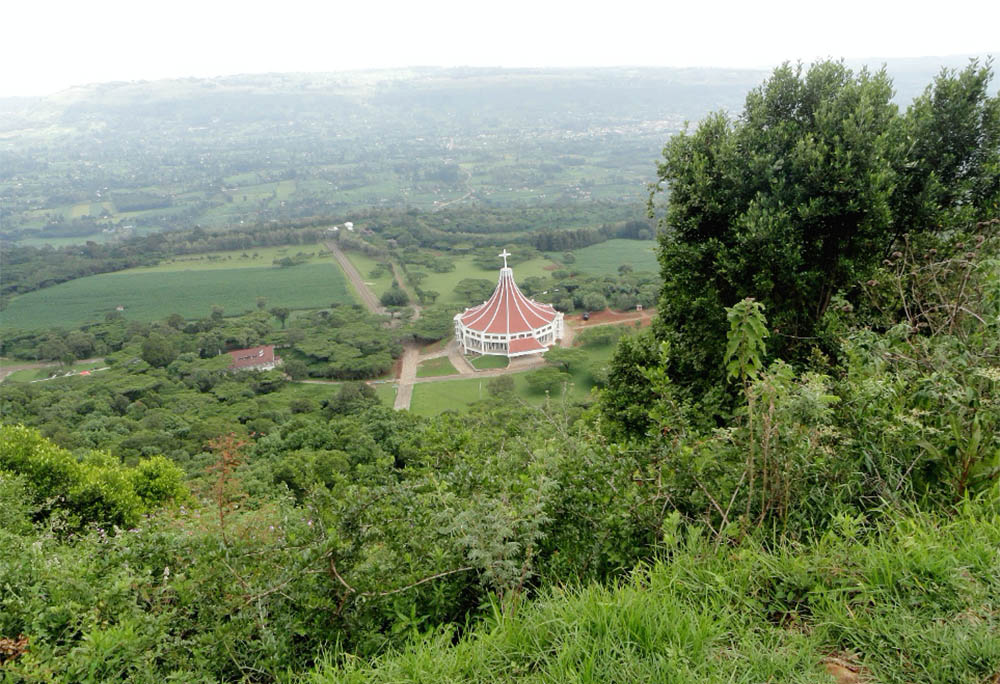 A newly built church is seen at the Subukia National Shrine, in the outskirts of Nakuru, Kenya. (Shadrack Omuka)

Ondieki said cutting down trees and destroying habitat for wildlife is against God's will and whoever is doing so will get punished. Nature is unforgiving, he added, and whoever participates in its destruction must also prepare to be destroyed by nature.

Archbishop Antony Muheria of Nyeri agrees, saying in a June essay in the Nairobi-based newspaper The Standard, "Degradation of Environment threatens man's life itself and the quality of life. It risks making the human life very difficult and surely is set to increase the level of poverty."

Staff with Subukia Shrine remain hopeful the springs will not dry up. But if they do, the shrine would still remain.

Though logging and other human activities continue degrading the serene environment at the shrine, the shrine management has been trying to educate locals on the importance of protecting nature for future generation. The shrine is also doing tree reforestation every year to ensure that the place remains forested for a better tomorrow.