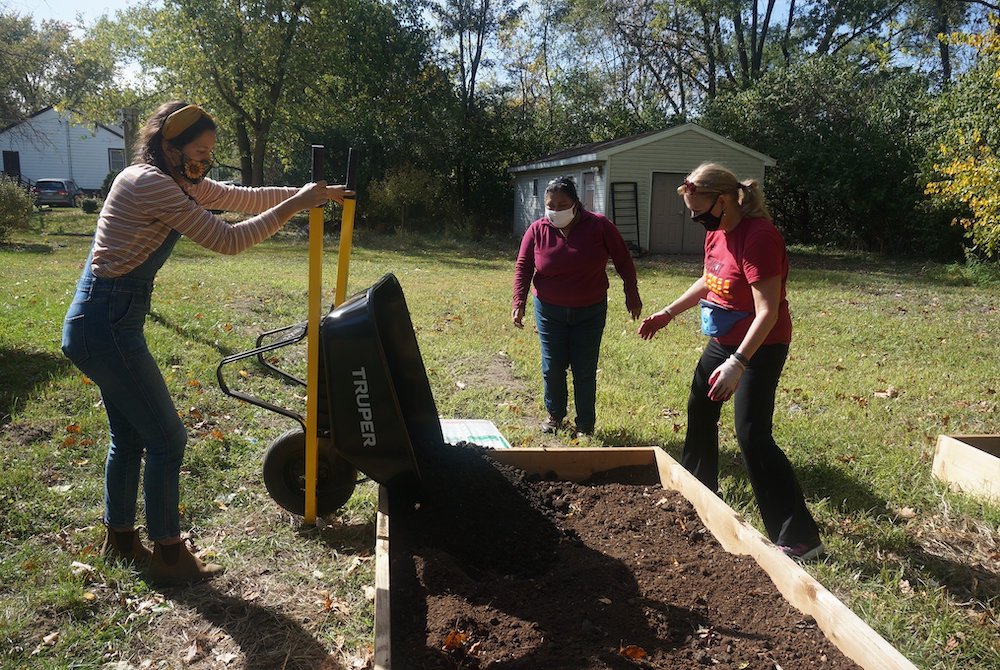 An Illinois diocesan farm that grows food for the poor and the latest on the Vatican's plans to implement Pope Francis' encyclical were among the environmental updates that participants heard this weekend at the annual Catholic Social Ministry Gathering.

The conference, held Feb. 6-9 and organized by the U.S. Conference of Catholic Bishops' Department of Justice, Peace and Human Development, is virtual this year because of the coronavirus pandemic. The nearly three dozen sessions included two workshops on Feb. 7, along with two prerecorded videos, on ways Catholics and other faith communities are addressing issues related to climate change and environmental justice.

At a panel focusing on efforts across the country to advance the pope's 2015 encyclical "Laudato Si', on Care for Our Common Home," Jose Aguto, associate director of Catholic Climate Covenant, described the Vatican's Laudato Si' Action Platform, which will officially launch in May.

The platform charts a path for seven levels of the church — families, parishes, dioceses, schools, colleges and universities, religious orders, and healthcare institutions — to become fully sustainable in the spirit of the encyclical within seven years. Aguto said it will set goals and metrics in four areas: spirituality, social action, advocacy and sustainability.

"The Vatican is seeking to lift up care for creation across every single Catholic institution," he said.

Catholic Climate Covenant is heading up U.S. implementation of the action platform. In preparation, it has worked with Catholic organizations in each of the seven sectors and consulted with environmental justice groups, communities of color and rural communities. A rollout of U.S. plans is expected a few weeks after the Vatican's official launch on May 24.

The covenant is also working to engage young Catholics around climate change and will hold a virtual kickoff event on Feb. 23. Anna Robertson, the organization's new director of youth and young adult mobilization, said she will work to capture and cultivate the energy that young people have to seek out and press for climate solutions.

Part of that effort, she said, is countering the "doom-and-gloom" narrative that often frames climate change with the good news of the Gospel.

"We are creating a future that is livable, a future where more people can readily experience the fruits of creation. And that's joyful work," Robertson said.

To do that will require telling compelling stories that people can't resist, she added. One such story told during the conference came from the Diocese of Joliet, Illinois, which was the first in the country to create a position charged with implementing Laudato Si'.

Kayla Jacobs, the diocese's director of programs for Laudato Si' Ministries, said their work has targeted a number of areas, including educational and pastoral support, legislative advocacy, creating community and providing sustainable food sources for the poor and vulnerable. 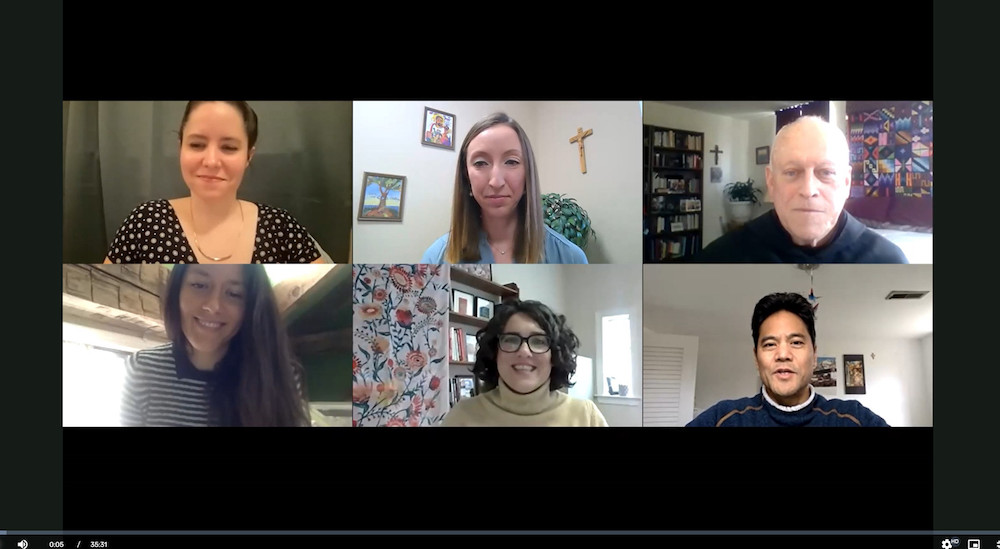 The Laudato Si' Ministries office received a grant to start its own farm, Jordan River Farm, in one of the diocese's most impoverished communities. Most of the food grown there is distributed through a nearby parish's food pantry, and the ministry has helped parishes begin their own community gardens.

The ministry has organized letter-writing campaigns and town hall meetings about state and federal energy bills. It also co-founded a climate justice coalition to engage county leaders on protecting air, water and land quality. The coalition hopes to hold a climate march later this year.

Addressing racial and economic inequity is at the heart of climate justice, Jacobs said.

"Pope Francis wrote, 'Hear both the cry of the earth and the poor.' And … very fundamental to the care for creation work we do is addressing other injustices and the effect that climate change has on human beings," she said.

A separate workshop on Feb. 7 provided an update on a $500,000 grant the Catholic Campaign for Human Development awarded in July to help efforts to limit the impact of climate change on low-income communities, particularly on coasts and in the South.

Catholic Campaign for Human Development issued the grant to the Direct Action and Research Training Center (DART), a network of 23 faith-based organizations that work on local justice issues in nine states. Seventeen DART affiliates are involved in the project, and an organizing committee met for the first time in late January.

Early committee discussions have begun to identify climate justice issues facing their communities. For instance, in a historically Black neighborhood in West Palm Beach, Florida, rents have increased and longtime residents are being forced out as developers buy up land for people fleeing low-lying areas at risk of flooding as sea levels rise because of climate change.

"My neighborhood, which was once deemed an undesirable place because it was a Black community, is now valuable because it is the highest-elevation point in West Palm Beach. And it won't be underwater," said Annie Ruth Harrison-Nelson, who lived in the neighborhood for 75 years.

In the fall, DART will ramp up local conversations through as many as 1,500 meetings engaging upwards of 6,000 people, to home in on the environmental issues that each community will seek to address.

Karen Martens of the B.R.E.A.D. Organization, in Columbus, Ohio, said DART is well positioned to lead the project because of its many years of work on local justice issues. A key part of the work will involve helping congregations see the connection among climate issues, faith values and local problems related to housing food insecurity and health.

"It's not always obvious to people," Martens said.

The question of how to get more people — particularly pastors and bishops —  involved in environmental issues, also came up during the Laudato Si' workshop.

Aguto, who said it's likely the most frequent question the Catholic Climate Covenant receives, suggested Catholics broach the topic by using church documents, including some issued by the U.S. bishops, which make clear that the church views environment and climate change as nonpartisan issues that require attention as a matter of faith.

Aguto estimated there are at least two dozen U.S. dioceses working seriously on environmental issues, and said the bishops' conference has signaled that environmental justice will be an important piece of its legislative agenda with Congress and the Biden administration.

He hopes that peer persuasion, along with the rollout of the action platform, will start "to really move the moral needle of our church toward climate action."

Fr. Arthur Purcaro, co-chair of the sustainability leadership council at Villanova University, agreed it is important to get more of the church hierarchy involved in climate issues. "But I wouldn't hold my breath," he said.

Instead, he told participants that they are the church, and grassroots organizing must begin with them.