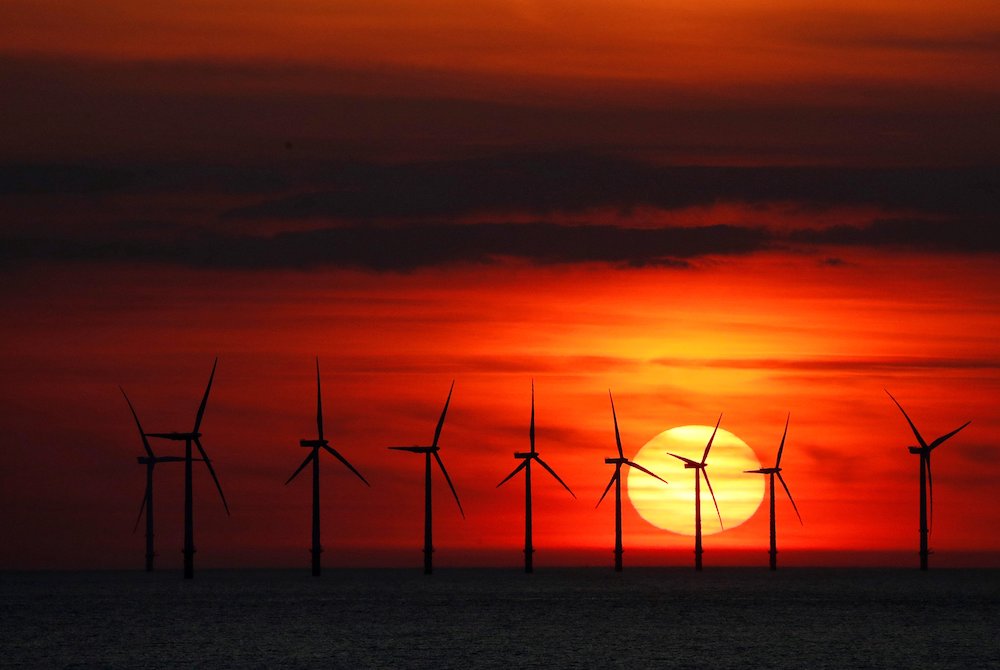 A new pastoral guidebook offers up some practical steps for Catholics to work with other Christians and communities of faith to better protect the environment and bring Laudato Si' to life.

The interreligious-focused "care for our common home" guidebook, released Monday, provides a roadmap for pastors, parishes and dioceses to ingrain Pope Francis' encyclical, "Laudato Si', on Care for Our Common Home," into their liturgies and the life of their church.

Its 56 pages provide an extensive compendium of prayers, liturgy suggestions, methods and topics for ecumenical or interreligious dialogue, and theological underpinnings of why caring for God's creation is a primary responsibility for all Catholics.

The guide is a collaborative effort co-published by the Catholic Association of Diocesan Ecumenical and Interreligious Officers (CADEIO), with the U.S. Conference of Catholic Bishops and Catholic Climate Covenant. While offered as a resource for all Catholics, it is especially aimed at pastors, parish groups and those involved in interreligious work.

The book is available for download on the websites of each of the collaborating organizations. A small number of print copies are also available.

"This is something that we hope will offer not only good foundation, but also some very practical suggestions for action," Sr. Pamela Smith, lead author of the guidebook, said during a Jan. 25 online launch event.

The Catholic Church has a rich history of teaching on the environment, but it often goes unmentioned, said Smith, who sees the guidebook as a response to that gap in faith formation.

The guidebook gathers in one place Bible passages, Vatican documents and teachings from church figures like St. Augustine and St. Francis of Assisi that relate to a Catholic understanding of creation and the call to care for it. "As our Catholic tradition urges, care for the Earth is part of our pro-life ethic. It is a matter of justice in the service of humanity and the planet itself," it states.

One section connects environmental concern with each of the seven themes of Catholic social teaching. Another acts as an examination of conscience, posing a series of questions that prompt reflections on the ways people are (or are not) preserving creation, while also providing examples of specific actions that a person, family or parish can take, locally or nationally, in civic life or in the church.

Suggestions include organizing community cleanups of local parks and waterways, holding ecologically focused prayer services during the Season of Creation, celebrating a harvest Mass or marking the feast day of St. Kateri Tekakwitha (July 14). In almost every case, the action can be a catalyst for partnering with people from other faith traditions.

The webinar, held on the final day of the Week of Prayer for Christian Unity, included a dialogue among Smith, who is the director of the Ecumenical and Interreligious Affairs office in the Diocese of Charleston, South Carolina; Salesian Fr. Joshtrom Kureethadam, head of the ecology sector of the Vatican Dicastery for Promoting Integral Human Development; and Fr. John Chryssavgis, archdeacon of the ecumenical patriarchate.

It was the first of several interfaith dialogues planned for this year. The next, on Feb. 23, will feature Rabbi David Rosen and Imam Saffet Abid Catovic, and facilitated by Fr. Walter Kedjierski, executive director of the U.S. bishops' Secretariat of Ecumenical Interreligious Affairs.

"We are more and more convinced that the only path forward is ecumenical," Kureethadam said during the webinar. 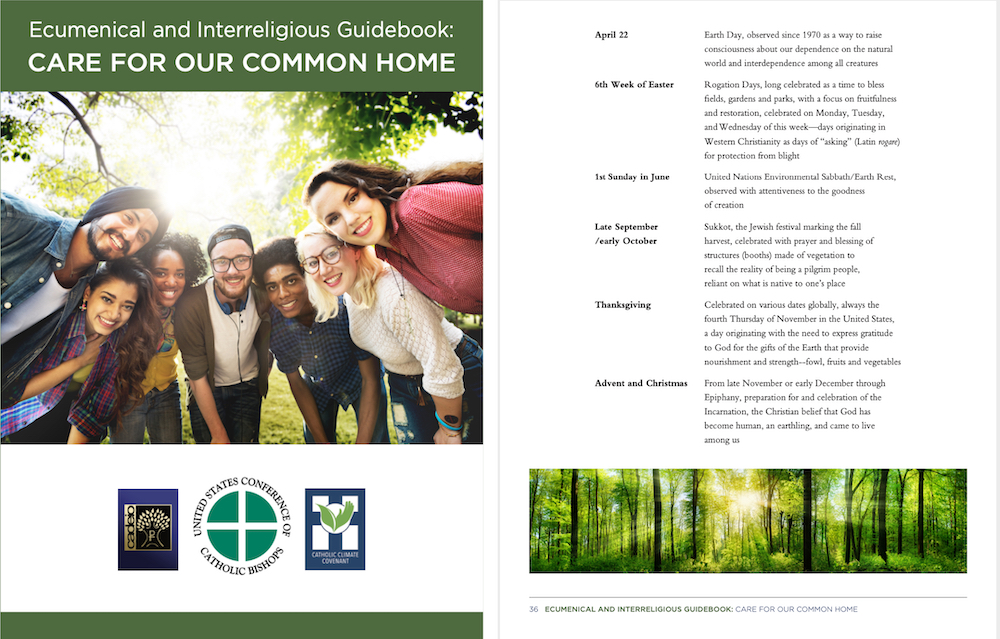 Noting the strong the bonds formed between Francis and Patriarch Bartholomew, and their leadership on environmental issues, including climate change, Chryssavgis said, "I firmly believe that we are called to do this together."

Kureethadam and Chryssavgis agreed the guidebook was published at a critical time, which they described as "a Kairos moment." The next decade is seen as crucial for making substantial cuts in global greenhouse gas emissions, to avert the worst effects of global warming.

Christians, he added, are "latecomers" to recognizing the severity of climate change, but he believes there's still time for them and people of other faiths to make important contributions to address the crisis.

While science can lay out the facts, and politics and economics can allocate resources, it is religion that provides "the moral compass of our lives that can actually guide the direction of change," the Orthodox archdeacon said.

The authors of the guidebook hope it can help chart that course, especially in the Catholic Church.

Besides nurturing ecumenical actions, Smith said, the guide also contributes to the Vatican's seven-year Laudato Si' Action Platform, which will officially launch in May. Its creators hope it will be a valuable resource for pastors and parish groups seeking ways to incorporate the encyclical into their local community life — and maybe even help bring an end to the days of Catholics asking, "Why doesn't my pastor preach about caring for the environment?"

CADEIO began considering a guide in 2015, shortly after Laudato Si' was issued. Michael Terrien, chair of its care for creation committee and member of the guidebook collaboration, said that because the encyclical was addressed to all people, it could be used as a foundation for "a dialogue of action" across faiths.

"Creation involves everyone. If you are going to talk about caring for God's creation, we have to talk about it through the lens of ecumenism and interreligious dialogue," he told EarthBeat.

Those conversations expanded, as several U.S. bishops' conference offices and the Catholic Climate Covenant joined the effort to provide a full slate of broad resources, including homily helps, notable days on the liturgical calendar, links to other Catholics sources and other ways of integrating Laudato Si' into local church life.

The guidebook includes a letter of endorsement from Cardinal Peter Turkson, prefect of the Dicastery for Promoting Integral Human Development.

"Laudato Si' cannot remain merely a document on paper. Its vision requires incorporation into the Church's self-identity and spirituality," he said, adding that integral human development and creation spirituality "must become a pastoral priority for every Catholic and every Catholic institution."

The guidebook's creators hope it can become a practical solution for spreading the teachings of Laudato Si' more deeply, both inside and outside the Catholic Church.

"Oftentimes we say, 'Well, what can we do?' Well here's a real concrete resource," Terrien said.

Read this next: World religions, UN unite for book on faith and action for the Earth