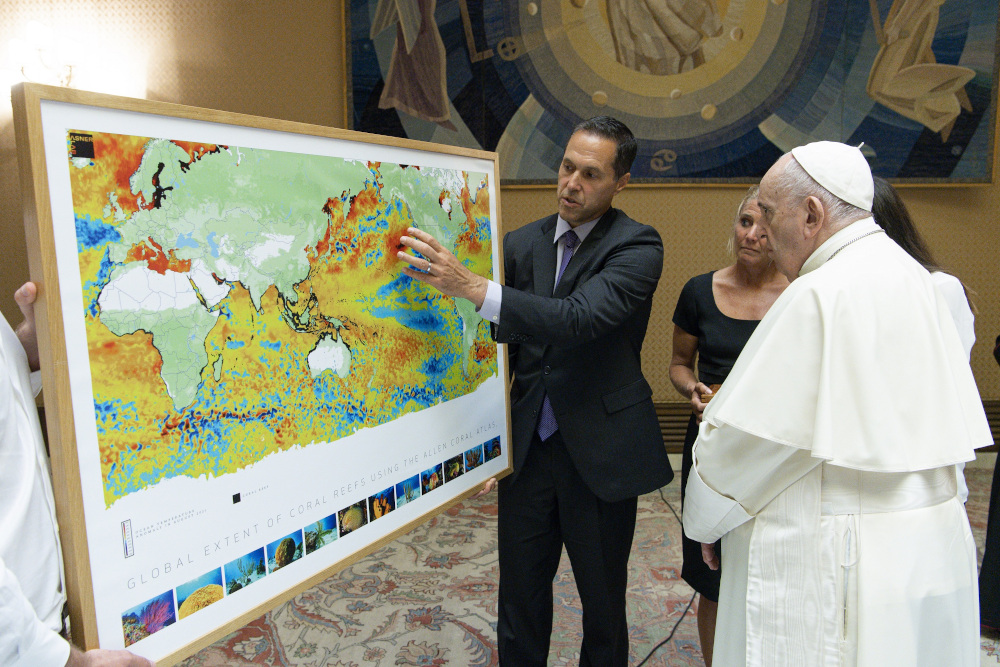 Ecologist Gregory Asner of Arizona State University shows Pope Francis a map from a new atlas of the world's coral reefs in August at the Vatican. (Courtesy of Vatican Media)

When ecologist Gregory Asner found himself in an audience with Pope Francis earlier this year, he discovered a kindred spirit.

They talked about the Amazon forests and the Indigenous people who defend their territories, topics that Francis raised within the church with the 2019 special synod on the Amazon. They also discussed the importance of preserving the biological diversity of Earth's ecosystems in the face of accelerating climate change.

Then Asner had a chance to tell the pope something personal. So he turned to coral reefs.

Coral reefs are indeed personal for Asner, who has seen the devastating impact of a warming ocean on them in his home state of Hawaii. He has been studying coral up close for the past half-dozen years, logging some 16,000 dives on reefs around the world.

Showing Francis a map from a newly released atlas of the world's coral reefs, Asner zoomed in on one of the underwater structures, which are made up of a multitude of tiny aquatic animals.

"I said, 'Look at these reefs. Look at how small of a surface area they cover in the ocean. But now imagine that they have at least 25% of all species of the ocean, and [of] the species that live out away from the reef, at least half depend on a reef sometime in their lifetime,' " he told EarthBeat.

Asner, who directs the Center for Global Discovery and Conservation Science at Arizona State University, also showed Francis a map of ocean temperatures, pointing out to the pope that although there are hot spots and cold spots in the ocean, overall the temperatures show an upward trend.

"It was cool because he hadn't ever seen the world that way," the scientist said. "I hadn't shown [that map to] anyone — he was the first person I ever showed."

The encounter came in August during a meeting in which Francis talked with people involved in a film based on his 2015 encyclical "Laudato Si', on Care for Our Common Home." The film, of which excerpts were premiered at a New York Times event during the COP26 United Nations climate conference in Glasgow, Scotland, is expected to be released in the first half of next year. 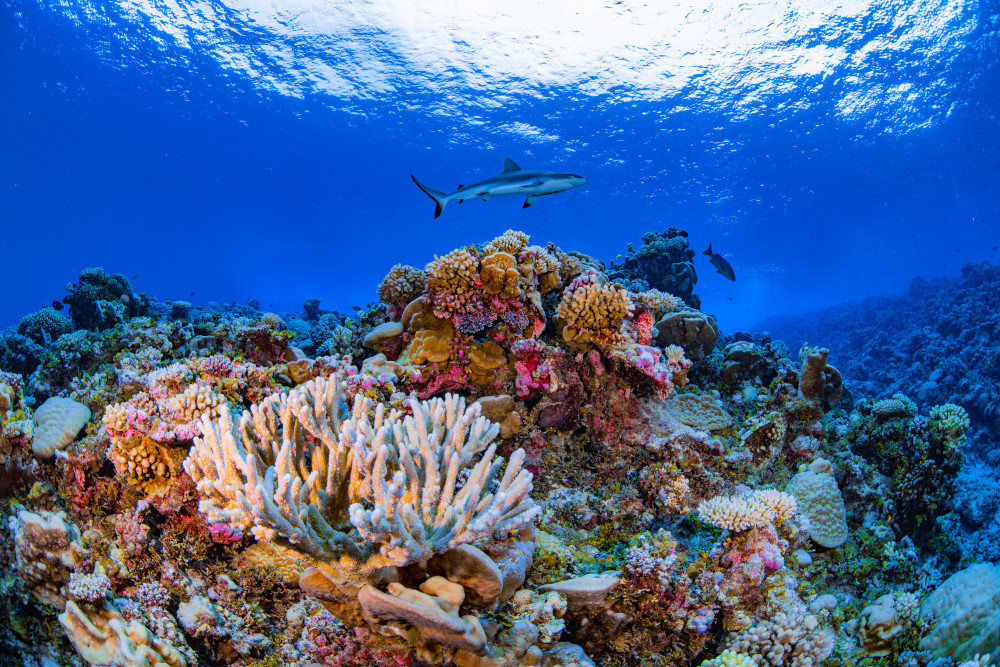 Ailinginae Atoll in the Marshall Islands. (Courtesy of Greg Asner)

Not long after his audience with the pope, Asner and other researchers launched the Allen Coral Atlas — a global map of reefs created from a combination of satellite images, data gathered by a spectrometer mounted in a small plane during flights over reefs, and information collected during thousands of dives. It was an image from the atlas that he had shown to Francis.

The project was a joint effort of Arizona State University; Planet, which operates a satellite network; the National Geographic Society; and the University of Queensland, in Australia. The atlas is named for the late Microsoft co-founder Paul Allen, who provided much of the funding for the project but who died in 2018 before it was completed.

The atlas is designed to help monitor the state of the world's coral reefs and assist countries as they make decisions about marine conservation.

More than 70% of Earth's surface is ocean. And while much attention has been paid to biological diversity on land, especially in tropical forests, oceans contain a highly biodiverse series of marine ecosystems, many of which are still poorly understood.

Read this next: As we pollute the oceans, sea life isn't alone at risk — our health is, too 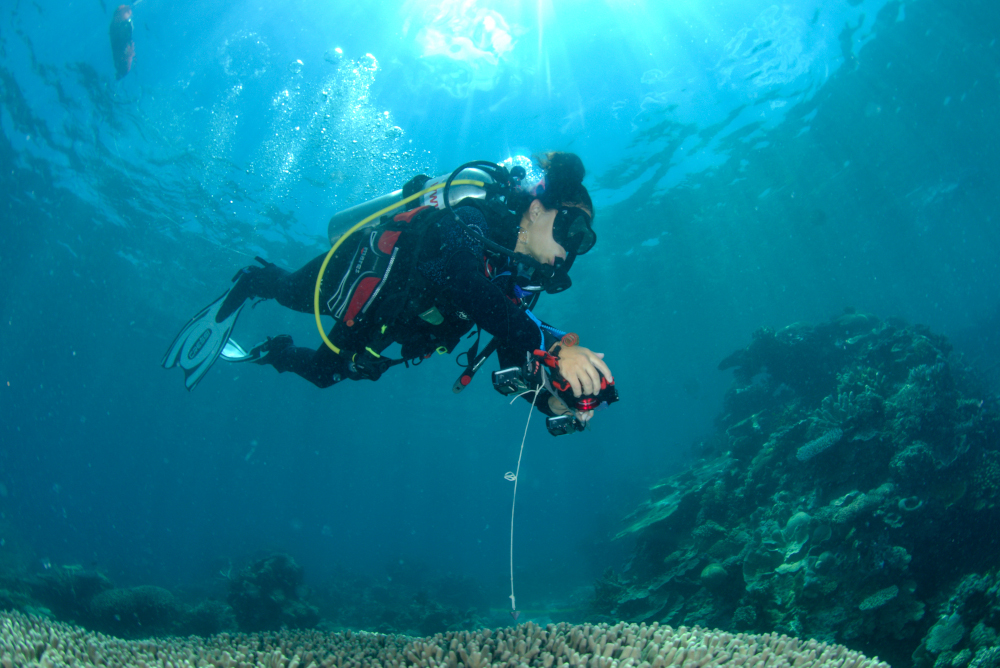 Asner has spent much of the past several decades mapping biodiversity in tropical forests and creating three-dimensional images for calculating the amount of carbon stored there. He wanted to do the same for coral reef biodiversity, but until the last couple of years, the technology that made the forest mapping possible was not refined sufficiently for mapping underwater ecosystems.

"In 2015, I had a reawakening about coral reefs, because my home reef [in Hawaii] — half of it died in eight weeks" because of an unusually warm ocean current, he said. "I was heartbroken, and I said, 'I don't know what to do — I want to do more.'"

Scientists have projected that the vast majority of the world's coral reefs could be considered threatened ecosystems, or lost entirely, by mid-century as the planet continues to heat due to human-driven climate change. In just the past decade, 14% of coral reefs have been lost, according to an October report.

The Allen Coral Atlas project has taken Asner around the world, including to the South China Sea, where he discovered that the construction of Chinese military bases was decimating coral reefs. The atlas, he said, shows where reefs are and where they're being destroyed, where heat stress is causing coral bleaching, and how shallow underwater ecosystems change over time. 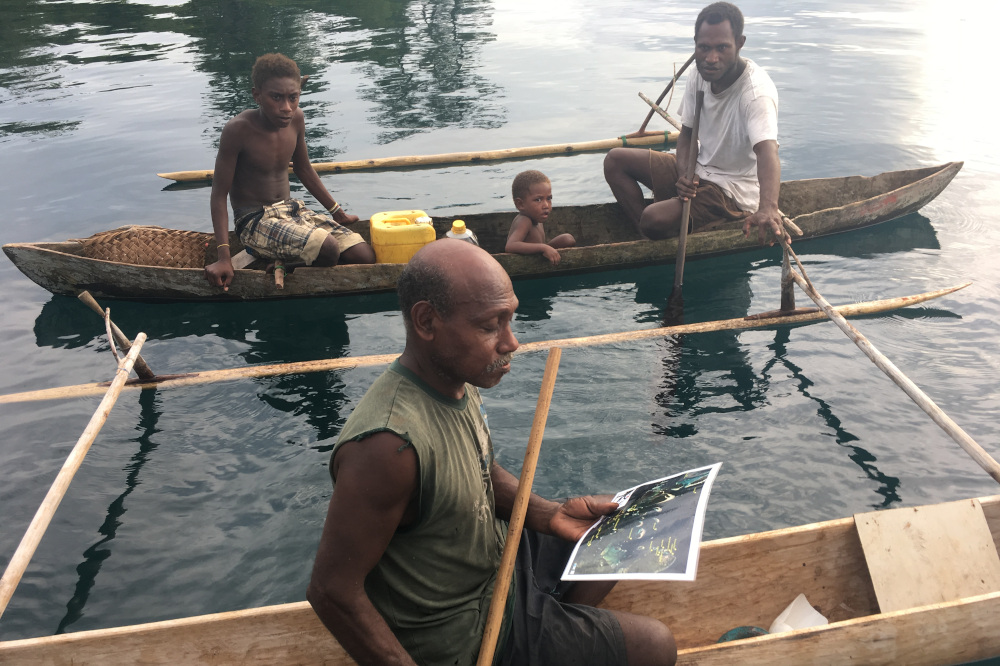 During thousands of dives on reefs around the world, Asner said he's "been surprised at both ends of the spectrum. The news always reports the bad stuff, and I've seen really bad reef conditions."

While some of the damage to reefs is due to climate change, he added, an equal amount is probably caused by coastal development and runoff from sewage and agricultural chemicals.

Nevertheless, "There are places that are still ultra- pristine and joyous, and I don't want to tell anyone where they are. There are thousands and thousands of [those] places, so I'm very happy that we haven't destroyed it all, and that there's still a chance."

Although Asner said he is not religious, despite a K-12 Jesuit education, he came away from his meeting with Francis impressed by the pope's efforts to mobilize Catholics to address climate change.

"I emphasized with him that I've only been practicing as a scientist for 28 years, and in those 28 years I went from [being] an explorer of biodiversity to a fighter for the very existence of it," he said.

Asner told EarthBeat that he came away from their meeting believing he and the pope share a conviction about the importance of "maintaining and supporting the life system that we all rely upon, including the fabric of biodiversity."

He then added, "What people in the church — and anyone else — need to do is really focus on reducing our carbon emissions. People have got to care about their CO2 emissions, period. Their energy, period."

Read this next: Scientists: Humans must respect these 9 boundaries to keep Earth habitable