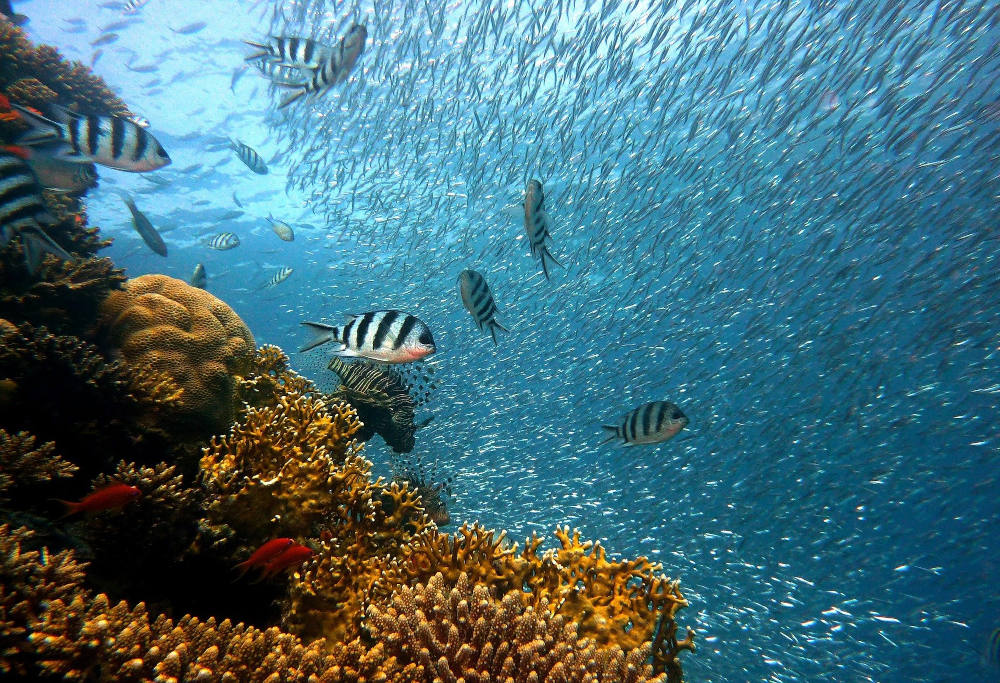 A healthy and clean ocean is critical for coral reefs, coastal waters and the hundreds of thousands of species of sea creatures that call the underwater home. But scientists and researchers increasingly see the seas as also tied to human health.

Ocean pollution "poses serious threats to human health and well-being," but like other forms of pollution it can still be halted, according to a report published in December 2020 in the Annals of Global Health. The authors recommended ending the burning of coal and eliminating single-use plastics, which contribute to the more than 10 million tons of plastic waste that end up in oceans each year.

"It's a big problem. It's a growing problem. It's a complex problem, and it's a problem that needs action," said Dr. Philip Landrigan, the report's lead author and director of Boston College's Global Observatory on Pollution and Health.

Caring for the oceans is a topic the Vatican Dicastery for the Promotion of Integral Human Development will explore this week in a series of dialogues to mark World Water Day (March 22) and to promote "Aqua fons vitae, Orientations on Water: Symbol of the Cry of the Poor and the Cry of the Earth," a document it published in March 2020.

The Vatican's weeklong focus on water began March 21, when Pope Francis, after his Angelus prayer, called for access to clean drinking water and sanitation for all people. He repeated his message that "water is not a commodity" but rather "a universal symbol and a source of life and health."

In Aqua fons vitae, the dicastery wrote, "The survival and health of human beings depend directly on water," including the oceans, which make up more than 70% of Earth's surface." It points out a myriad of threats to marine life, such as increasing plastic pollution, pollution from ships and underwater mining and drilling, and water acidification due to climate change.

The document quotes a 1988 pastoral letter from the Philippine bishops' conference, which stated, "An out-of-sight out-of-mind mentality allows us to flush toxic waste and mine tailings into our rivers and seas in the mistaken belief that they can no longer harm us."

The dicastery webinar on oceans is scheduled for March 25 and will include Fr. Augusto Zampini, adjunct secretary for the dicastery; Chiara Porro, Australian ambassador to the Holy See; and Dr. Hervé Raps, co-director of the World Health Organization's Collaborating Center for Health and Sustainable Development at the Centre Scientifique de Monaco and a co-author of the December report.

The report, released at the end of the International Symposium on Human Health & the Ocean in a Changing World (Dec. 2-3), was the first to comprehensively examine the many ways in which human activities affect the ocean and how those impacts, in turn, negatively affect people's health. Among the symposium's sponsors was Boston College.

The report was written by 44 scientists from more than 20 countries who examined nearly 600 studies. "The seas are under threat," they wrote, "and human activity is the main source of that threat."

Although ocean pollution is widespread, worsening and expanding around the globe, it can still be prevented and controlled, the scientists said.

Most ocean pollution, 80%, comes from land-based sources. It is worst along coasts and harbors, particularly in the Mediterranean and developing countries in the Global South, and some of its main causes are wastewater discharge, industrial releases and agricultural runoff.

Since the 1970s, warming due to climate has led to increased acidity of ocean waters, threatening coral reefs, various shellfish species and critical microorganisms, the report said. The combination of warmer surface waters and pollution also increases the frequency and severity of toxic algae blooms and the abundance and geographic range of marine pathogens, including those that cause cholera.

Mercury, which has become widespread in oceans, is the metal pollutant "of greatest concern for human health," the report stated.

Small-scale gold mining and the burning of coal for energy are the two main sources of mercury in oceans, the report said. Mercury accumulates in fish higher up the food chain, such as tuna and swordfish, and in the bodies of people who eat those fish. High mercury levels increase the risk of heart disease and dementia in adults, and if a pregnant woman consumes contaminated fish, her unborn child can absorb mercury, damaging the child's brain and resulting in lower IQ and an increased risk of attention deficit hyperactivity disorder (ADHD) and learning disorders.

Other pollutants can also make seafood harmful. Powerful toxins from algal blooms, which are fed by industrial waste and human sewage dumping, can accumulate in fish and shellfish, and can cause dementia, amnesia, neurological damage and even rapid death, the report said. Manufactured chemicals discharged into water have been linked to cardiovascular disease, developmental disorders, decreased fertility and cancer. 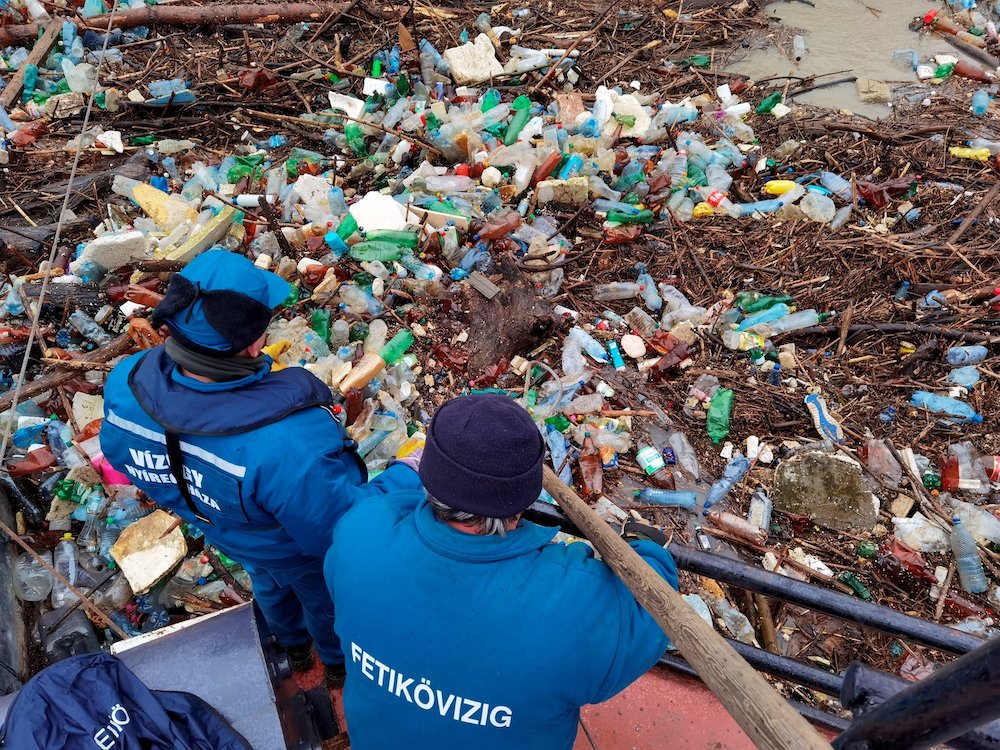 In water, plastic waste breaks down into microplastic particles, which contain high levels of toxic chemicals including carcinogens, neurotoxins and endocrine disruptors. As with other pollutants, the plastic particles end up in the food chain and can kill fish and seabirds.

They also are consumed by humans, especially by eating mussels, oysters and sardines. The risk of ingesting microplastics is greatest for Indigenous peoples and fishing communities that rely on seafood for a major portion of their diets. The degree of risk to human health consuming microplastics is unknown, but most people have them in their bodies, the report said.

"I think it's now established that our health depends on the health of the ocean," Lora Fleming, director of the European Centre for Environment and Human Health, said at the report's release Dec. 3 at the Monaco symposium.

Ocean pollution is "environmental injustice on a global scale," the report said, because the populations most at risk are the ones who have generated the least pollution.

Widespread polluting of the oceans "can be directly ascribed to the 'take-make-use-dispose' economic paradigm," which Francis has called a "throwaway culture. The researchers said a focus on endless economic growth mistakenly views natural resources and human capital as abundant and expendable, "gives little heed to the consequences of their reckless exploitation" and "ignores the precepts of planetary stewardship." 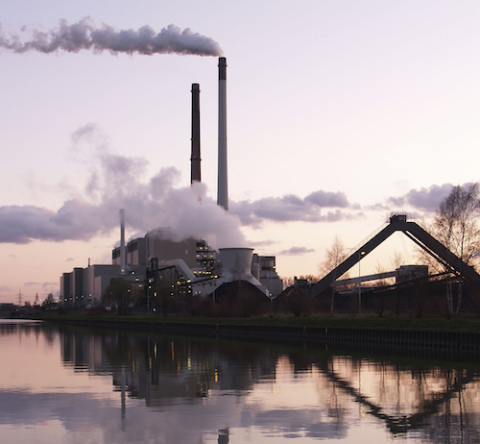 The report added that much is still unknown about the level of pollution in the seas, the extent of human exposure and the magnitude of related health effects. Those gaps, the researchers said, mean that the impact of ocean pollution on human health is likely underestimated.

Among the report's recommendations were national bans on single-use plastic items like bags and straws; promoting effective waste management and reduction of chemical discharges into coastal waters; expansion of marine protected areas around the globe; and an end to the burning of coal for energy, which is also a major contributor to air pollution and climate change.

"Ending all combustion of coal around the world and transitioning as rapidly as possible to wind and solar power is … incredibly important for protecting the planet and for protecting human health," Boston College's Landrigan said.

The epidemiologist told EarthBeat that the two-year report built off a study he led, published in the medical journal The Lancet, which found that pollution overall accounts for an estimated 9 million premature deaths each year.

Ocean pollution can be reduced and prevented, he said, pointing to the success countries have had in controlling other forms of pollution. One thing that makes ocean pollution more difficult to address, however, is that much of the pollution is invisible, especially to people not living on coasts. 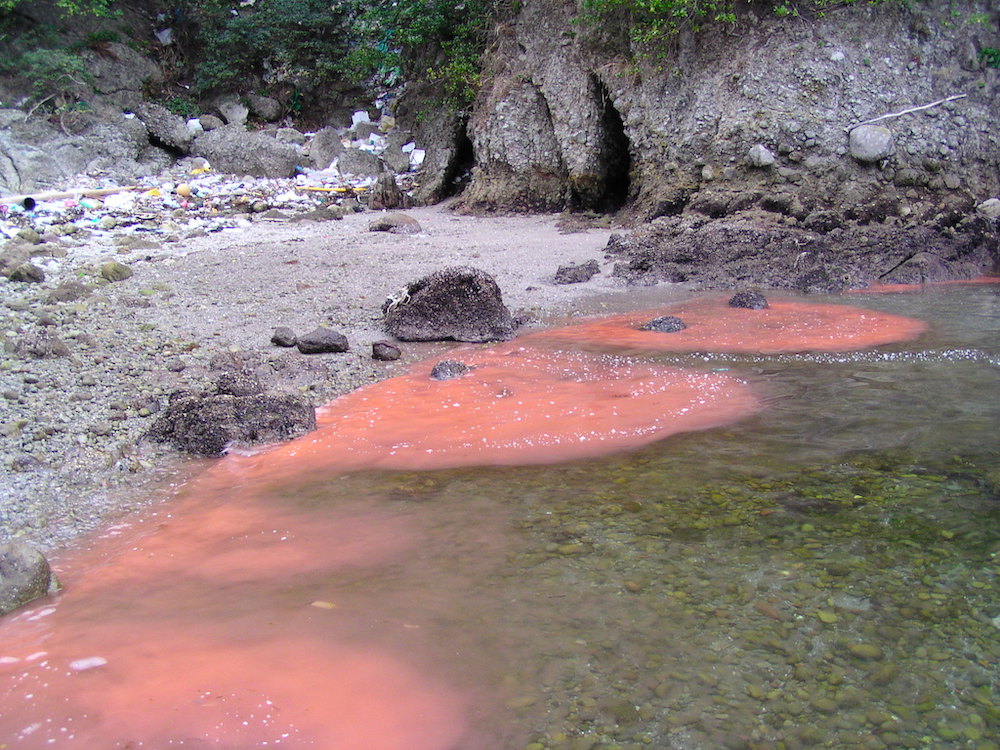 Trash can be seen at the coastline where there is a "red tide" caused by an abundance of Noctiluca scintillans organisms, Nagasaki, Japan, March 2004. Powerful toxins from algal blooms, which are fed by industrial waste and human sewage dumping, can accumulate in fish and shellfish that other fish and humans eat. (Flickr/Marufish)

Other factors include the delayed health effects and the question of who is responsible for cleaning up the ocean. As with other pollution control efforts, Landrigan said, the playbook begins with law and policy and requires political leadership, regulation and monitoring.

"Tens of thousands of lives have been saved. Billions of dollars have been saved, basically by having laws and policies and enforcement and regulation" of other forms of pollution, he said. "And there's no reason those exact same strategies cannot be applied to the control of ocean pollution."

Landrigan told EarthBeat that he is talking with the Dicastery for the Promotion of Integral Human Development about pollution and its impact on human health, especially in poor communities.

He added that religious leaders can play "a powerful role" in correcting misinterpretations of dominion in the Book of Genesis and in reinforcing teachings on stewardship of the Earth and preserving it for future generations. Religious leaders may have greater success bridging current political divides when speaking of the need to act, he said.

Asked about the potential consequences of ignoring ocean pollution, Landrigan described a dire scenario in which, along with climate change, it could contribute to increased migration, hunger, civil unrest and parts of the world becoming inhabitable.

"Pollution in all its forms [is] a threat multiplier," he said. "It interacts with all the other pressures on our planet and can have the ultimate effect of undermining the stability of modern societies."