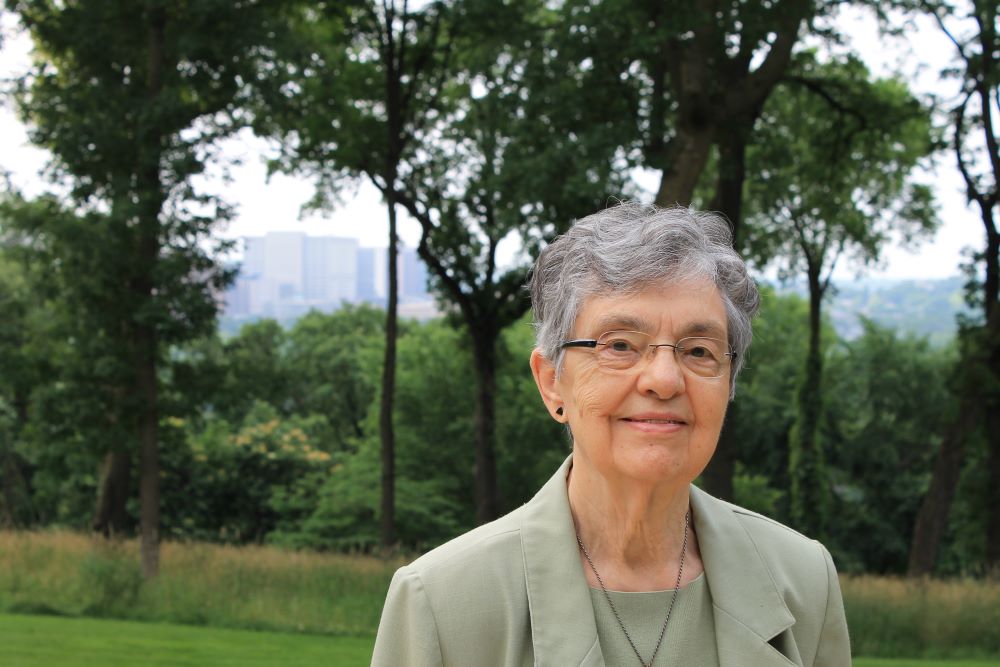 The Sisters of St. Francis of Rochester, Minnesota, have gifted $250,000 to the National Catholic Reporter Publishing Co. in support of its coverage of the environment and climate change.

The Franciscan congregation made the donation Sept. 29. They designated the funds to be used for EarthBeat, NCR's reporting project on faith, climate and environmental justice.

Sr. Ramona Miller, president and congregational minister, said in a statement the contribution represents "an extension of our commitment to raise consciousness about integral ecology."

She added, "Pope Francis says [in his encyclical "Laudato Si', on Care for Our Common Home"], 'Since the world has been given to us, we can no longer view reality in a purely utilitarian way, in which efficiency and productivity are entirely geared to our individual benefit (LS 159).' We Franciscan Sisters value the interrelatedness of the care for the environment and the care for the human family that provides a healthy common ground for generations to come."

Bill Mitchell, NCR CEO and publisher, who was also the founding editor of EarthBeat, in a statement called the gift "a crucial boost to NCR's capacity to tell stories of how people of faith are responding to the climate crisis."

"We promise to be good stewards of the money they've entrusted in us," he said. "And we hope others will join the effort to grow the Laudato Si' Fund. Assuring the work of EarthBeat will require the solidarity of many over time."

EarthBeat was launched in October 2019 to expand NCR's coverage of how Catholics and communities of faith are speaking out and taking action on climate change, which Mitchell at the time called "one of the most compelling stories of our times."

Since then, EarthBeat has published hundreds of articles and commentaries, along with more than a half-dozen ecological spiritual reflections series. Its coverage has earned numerous awards from the Catholic Press Association and Religion News Association.

In July 2020, the Franciscan Sisters of Perpetual Adoration, of La Crosse, Wisconsin, gave NCR $1.5 million to establish the Laudato Si' Fund within the publication's umbrella endowment fund. The Laudato Si' Fund, named after Pope Francis' 2015 social encyclical on the environment and human ecology, supports the publication's environmental coverage. Nearly a dozen women religious congregations have contributed to the fund.

The Sisters of St. Francis arrived in the Rochester area in southern Minnesota in 1877. Through St. Marys Hospital, the congregation partnered with Dr. William Worrall Mayo and his sons, William and Charles Mayo; the sons later founded the world-renowned Mayo Clinic. St. Marys remains part of the Mayo Clinic.

In addition to health care, the mission of the Sisters of St. Francis has long embraced the pursuit of justice and reverence for all creation, as articulated by both St. Francis of Assisi and St. Clare of Assisi.

The congregation has taken on numerous environmental initiatives at their Assisi Heights motherhouse, including a solar panel farm, beekeeping, composting, water conservation projects and a permeable parking lot to limit runoff. In July 2019 they placed 72 acres of land at the motherhouse into a conservation easement.

A version of this story appeared in the Oct 29-Nov 11, 2021 print issue under the headline: Rochester Franciscans support NCR's climate coverage.