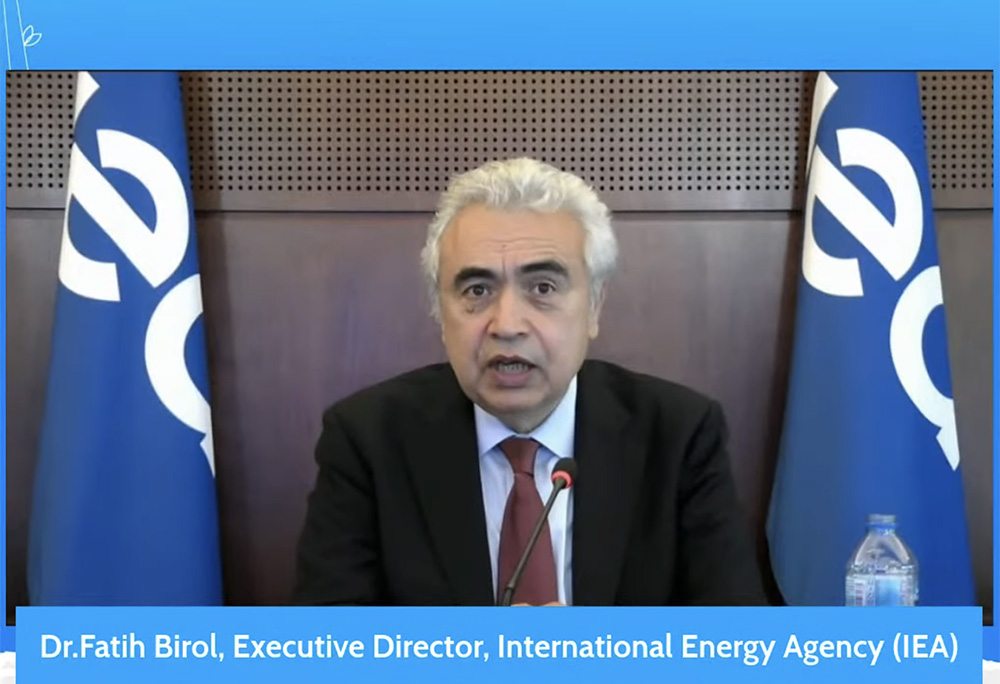 Fatih Birol, executive director of the International Energy Agency, speaks to a July 26 webinar hosted by the Global Catholic Climate Movement. "If the oil demand goes down, for example, or coal demand goes down, there is no need to invest in oil, gas or coal," he said. "The existing [power plants] are enough to meet the declining demand for these fossil fuels." (EarthBeat screenshot)

With the next United Nations climate summit, COP26, just three months away, messages continue to mount from political, economic and scientific corners pressuring world leaders to ensure the meeting in Glasgow, Scotland, turns the tide in the global response to climate change.

July 30 was the cutoff date for countries to submit their national climate pledges — known as nationally determined contributions, or NDCs — ahead of COP26 (Nov. 1-12). A synthesis report will be issued later this year detailing how those pledges stack up to the Paris Agreement goal of limiting the rise in average global temperature to between 1.5 and 2 degrees Celsius. And on Aug. 9, the U.N. Intergovernmental Panel on Climate Change will issue a new report updating the science of climate change.

As it stands, "efforts [by nations] fall far short of what is required by science," Patricia Espinosa, executive director of the U.N. Framework Convention on Climate Change, said in a statement July 31. She added, "Recent extreme heat waves, droughts and floods across the globe are a dire warning that much more needs to be done, and much more quickly, to change our current pathway. This can only be achieved through more ambitious NDCs."

A few days earlier, the head of the world's top energy organization also urged more robust action, telling a Catholic gathering that COP26 must send "an unmistakable signal" that continued investment in fossil fuels will lead to financial losses as countries move to adopt clean energy.

Fatih Birol, executive director of the International Energy Agency (IEA), said that as more and more countries commit to the goal of net-zero emissions by 2050, established under the Paris Agreement and seen as critical for meeting the 1.5 C target, the agency's research shows that fossil fuel use, a main driver of rising global temperatures, must "decline quickly and substantially." 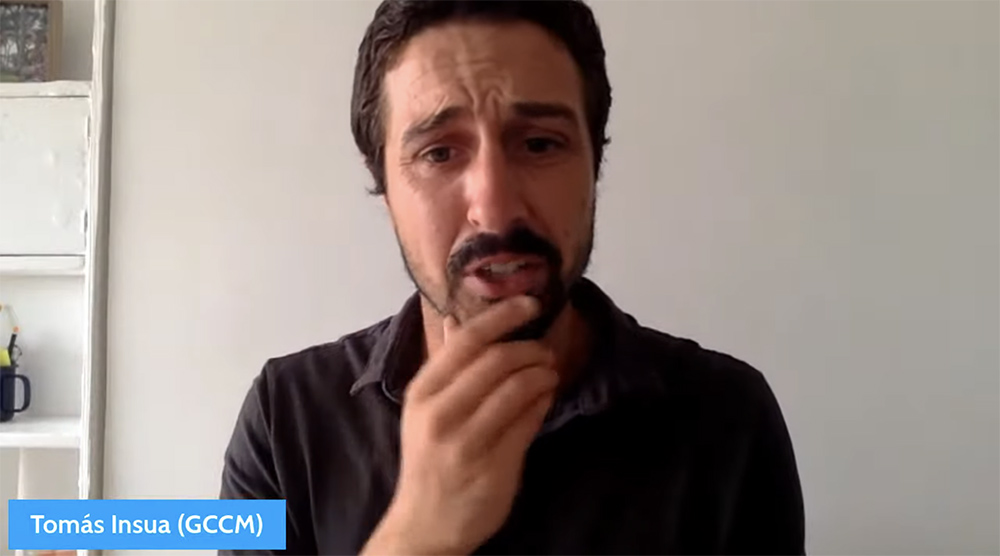 The IEA director's remarks came during a July 26 webinar hosted by the Global Catholic Climate Movement. The event was the last for the organization under that name, which changed its name to the Laudato Si' Movement July 29.

"My expectation, my hope is the governments around the world, but also the grassroot work organizations like yourselves, should make the investors understand that in the future investing in fossil fuels may not be a lucrative business," he said.

The IEA, based in Paris, is an intergovernmental organization made up of 38 countries that together account for roughly three-fourths of global energy use. Founded in the 1970s to protect oil supplies, more recently it has signaled the need for the world to move to alternative sources.

That message was stark in a major IEA report in May, which called for an immediate ban on new oil, coal and gas development if the world is to reach net-zero emissions by 2050 and limit warming to 1.5 C. The report also recommended that countries massively expand existing clean energy technologies and invest in developing new energy technology, such as hydrogen applications, advanced battery technology and carbon capture and storage.

The report outlined more than 400 milestones for countries to hit on the path to net-zero by midcentury, including phasing out new internal combustion engine passenger car sales by 2035; reaching net-zero emissions in the electricity sector by 2040; quadrupling wind and solar capacity from their 2020 record highs annually through 2030; and ceasing the construction of new coal-fired power plants by the end of this year.

"The facts are very, very clear," Birol said. He called the roadmap to net-zero "a Herculean task, but still achievable if we act quickly and if there is an international collaboration among the countries."

Since taking over the IEA in 2015, Birol has sounded the alarm that national climate policies will have a dramatic impact on energy companies, particularly those involved in the exploration and extraction of coal, oil and gas.

The IEA director said the development and expansion of energy has made lives more comfortable and productive and has been "the lifeblood of our economic and social lives," playing a critical role in raising the welfare of many.

"Energy is, in fact, a very good thing," he said during the Catholic climate webinar.

"In other words, climate change is essentially an energy problem. Without fixing the problem in the energy sector, we have no chance whatsoever to solve our climate problem," Birol said.

When asked what groups like the Laudato Si' Movement can do to respond to the report, Birol said they can help investors, including institutional ones, understand that continuing to finance new fossil fuel projects is risky not just for their own profits, but for their own health and the planet, too.

"It can be London, it can be New York, it can be California, it can be Singapore — they are going to have huge problems in terms of facing extreme weather events. The buildings, the skyscrapers they are living in, may well be affected," Birol said.

He added that he recently invited Cardinal Peter Turkson, prefect of the Vatican Dicastery for Promoting Integral Human Development, to join a commission to address the negative implications of the shift to clean energy on communities that have long been reliant economically on the mining, extraction and refining of fossil fuels.

Since 2016, the newly renamed Laudato Si' Movement has led a campaign to move Catholic institutions away from investments in fossil fuels. To date, approximately 250 Catholic groups have publicly committed to divestment or to avoiding such assets in the future. Another joint announcement of divesting Catholic organizations is expected on Oct. 25, just days before the start of COP26. 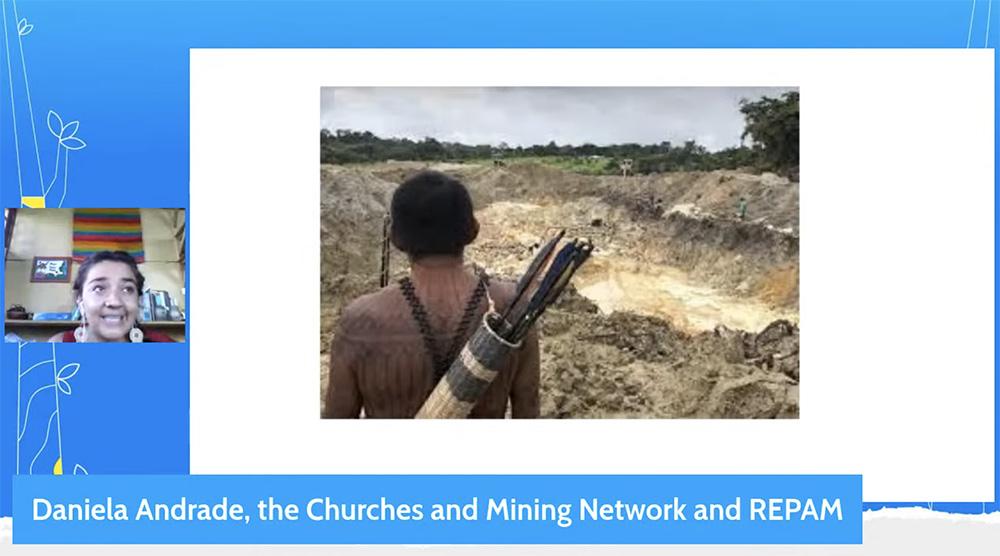 Daniela Andrade of the Churches and Mining Network and the Pan-Amazon Ecclesial Network (REPAM): "We cannot [advocate for] the preferential option of the poorest and support industries that mistreat, violate and marginalize them." (EarthBeat screenshot)

Tomás Insua, executive director of Laudato Si' Movement, said during the webinar that Birol's remarks represent "yet another reason to dive deep into the fossil fuel divestment question."

"As Dr. Birol was saying, we need to talk to investors, and there are lots of Catholic investors, ranging from dioceses to universities to many other Catholic institutions with financial resources," Insua said, adding, "This just needs to accelerate."

For many parts of the Amazon rainforest, the question of new fossil fuel projects isn't merely a financial consideration but a near-constant threat to life, said Daniela Andrade, a member of the Churches and Mining Network and the Pan-Amazon Ecclesial Network (REPAM). She said that in the Peruvian Amazon, where she lives, oil extraction along the Marañón River has polluted the water, causing diarrhea, skin diseases and hunger.

"The contamination is felt daily," she said.

Andrade said the Churches and Mining Network has joined the fossil fuel divestment initiative and has also called for divestment from mining projects. She said the church must promote an economy of solidarity, including through its own financial management, along with real change that reverses a system of pollution and destruction.

"We cannot [advocate for] the preferential option of the poorest and support industries that mistreat, violate and marginalize them," she said. "We cannot speak of integral ecology without siding with those who suffer the injustice of climate change."