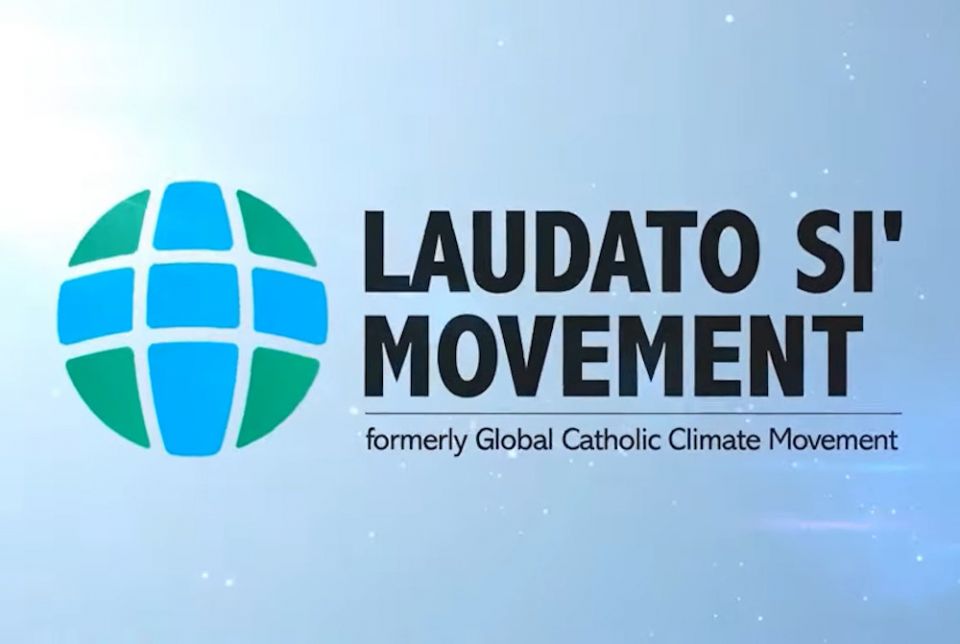 Global Catholic Climate Movement announced during a virtual event July 29 that it was changing its name to Laudato Si' Movement. (NCR screenshot)

Since the Global Catholic Climate Movement formed six years ago, its name has been a mouthful. Four words, nine syllables and — according to its members — plenty of instances where the moniker and its abbreviated form, GCCM, were misstated, mispronounced or simply lost in translation.

The international movement consisting of more than 800 Catholic organizations and thousands of individual members, together committed to addressing climate change and furthering ecological spirituality, announced July 29 that it was time for a change, and a new name was needed.

Leaders said the new name, aside from brevity, better represents how Pope Francis' 2015 social encyclical on the environment and human ecology, "Laudato Si', on Care for Our Common Home," has animated much of their work since its inception.

"We know that Laudato Si' inspired the foundation of this movement, and it continues to be the cornerstone of everything that we do," board director Lorna Gold said during a virtual name reveal event. She added, "It's always been deep in our hearts, so it's natural for us now to be the Laudato Si' Movement."

The name change was part of a nearly two-year, wider synodal process that also examined the organization's mission, value and structures. The movement consulted with its members through surveys and regional conversations on a variety of topics related to its identity, including the name. As they homed in on Laudato Si' Movement, there was one final consultation to conduct: with the pope.

The board sent Francis a letter and photo booklet describing the movement's work and its new name. Around Pentecost in May, Francis sent a message back, thanking them for their "mission of promoting integral ecology and for the help you offer to the Church throughout the world." The Laudato Si' Movement took that as the pope's blessing and confirmation of the new name.

During the livestream event July 29, several members of the movement described how the old name caused problems. It didn't translate smoothly into some languages. Some people had difficulty remembering the name or differentiating it from other groups. And some just found it too long. 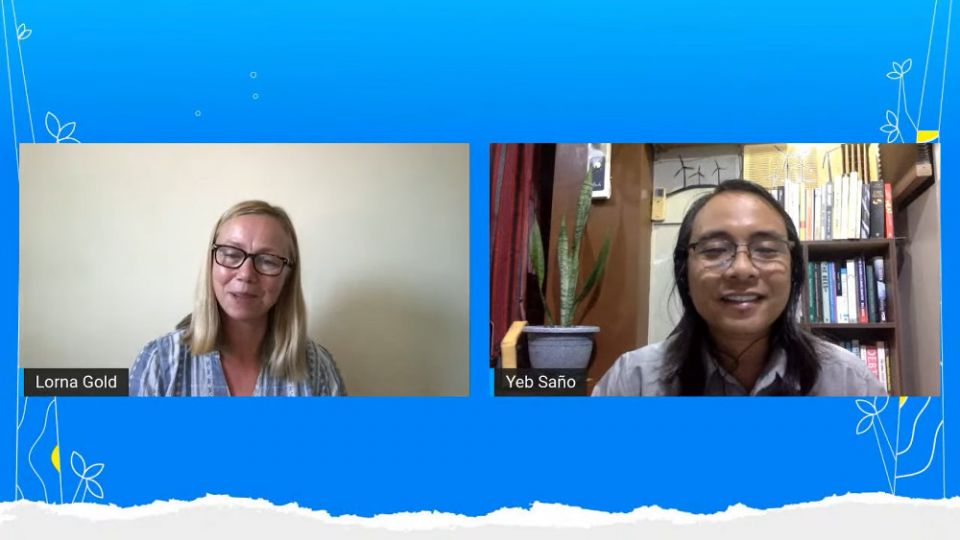 But beyond problems of length and language, "we felt that Global Catholic Climate Movement no longer represented what we were really doing," said Tomás Insua, the movement's co-founder and executive director, in a press release. He added that their work from the beginning, while always focused on raising Catholic awareness and response to the realities and consequences of climate change, was broader.

In its new mission statement — "To inspire and mobilize the Catholic community to care for our common home and to achieve climate and ecological justice" — the Laudato Si' Movement incorporates environmental concerns that go beyond climate change. The movement also wanted to emphasize its focus on ecological conversion, something it has pursued through its Laudato Si' Animators and Circles programs, and which Francis has stressed is needed globally in order to fully respond to the environmental threats to the planet.

Mabel Zuñiga, a member of the movement from Panama, said the new name signals the interconnectedness that Francis emphasized in the encyclical, particularly connecting climate change with the impacts it has on vulnerable communities.

"I think it is a door opening for us to involve everyone in the protection and care for our common home, and to keep pushing forward integral ecology, climate justice and social justice for everyone," she said.

"I think it is a door opening for us to involve everyone in the protection and care for our common home, and to keep pushing forward integral ecology, climate justice and social justice for everyone."

Name changes are not uncommon among climate-focused Catholic groups. In the U.S., the Catholic Climate Covenant was originally the Catholic Coalition on Climate Change. And the college student-led Catholic Divestment Network went through several iterations before landing on its current form.

It was in expectation of a papal encyclical on the environment that the Global Catholic Climate Movement formed in January 2015. The movement, then consisting of 19 founding institutions, announced its creation during Francis' trip to the Philippines, which included a brief, rain-soaked stop in Tacloban where the pope expressed his solidarity with the survivors and victims of Super Typhoon Haiyan.

The idea for a unified global effort of Catholics was borne out of a desire to add a distinctive Catholic presence in the wider climate movement.

In the time since, the climate-focused network has become one of the major promoters of Catholics around Laudato Si', organizing petitions to government leaders and Catholic participation in climate marches and demonstrations, hosting seasonal prayer gatherings and programs, launching the youth-led Laudato Si' Generation, introducing Francis and climate activist Greta Thunberg, and training everyday Catholics to become Laudato Si' animators in their local communities. In addition, the movement has been a driving force for fossil fuel divestment within the Catholic Church.

The Laudato Si' Network has also partnered closely with the Vatican Dicastery for Promoting Integral Human Development. In each of the past two years, it has helped organize the Laudato Si' Weeks that bookended the special year the Vatican declared to mark the encyclical's fifth anniversary. And it has also been a primary collaborator on the Laudato Si' Action Platform, a major initiative inviting all parts of the Catholic Church to commit to seven-year plans to become sustainable in the spirit of the encyclical. 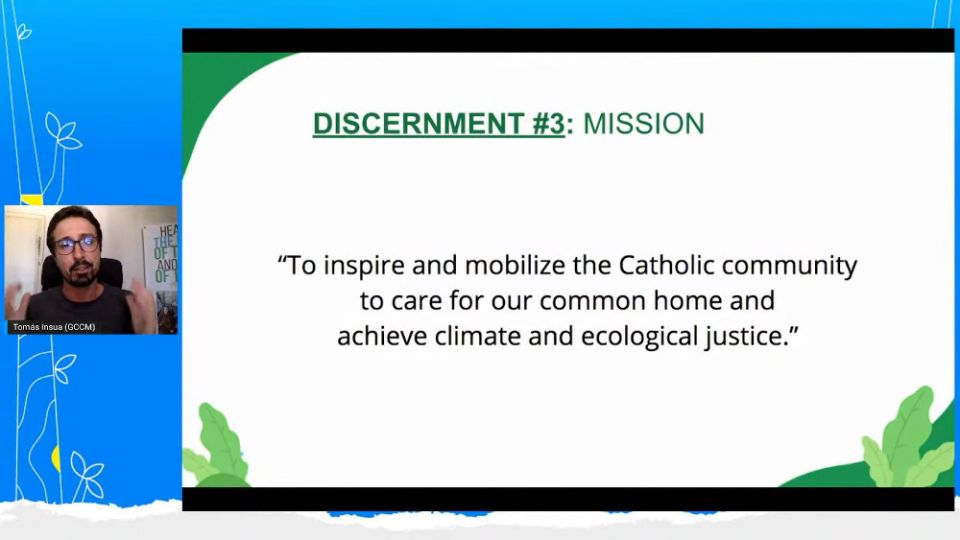 During the livestream event, Cardinal Michael Czerny, under-secretary of the dicastery's section for migrants, said in a pre-recorded message that no matter its name, the Laudato Si' Movement was born from the ideas of the Second Vatican Council, and represented not just Francis' ecological encyclical, but the full teaching of his papacy. Whereas GCCM had almost a corporate feel to it, Czerny said that the new name constitutes a prayer.

That the new name maintained the movement aspect was important, the cardinal added.

👉On this day that we have already exhausted resources, the announcement of the new name of the movement is another sign of the urgent 📢need to change our lifestyles. #LaudatoSiMovement https://t.co/473qNToZi5

Though the new name drops the word "climate," the conversation at the virtual event reinforced that climate change will remain a primary focus. There were many references to the upcoming COP26 United Nations climate summit, and speakers encouraged members to sign their Healthy Planet, Healthy People petition, which will be delivered to world leaders.

The movement later noted on Twitter that the announcement coincided with Earth Overshoot Day, marking the date when human demand for the planet's natural resources exceeds the planet's ability to regenerate them.

And in a closing reflection, Yeb Sano, a founding member from the Philippines, offered "the sobering reminder for all of us that the climate crisis persists," from flashfloods in Europe and Asia, to wildfires and intense heatwaves in the U.S. and Africa. "And it's affecting more people than ever," he said.

"This requires us in this movement to become more focused," Sano said. "That collective focus to double down our efforts to pursue the mission we have solemnly embraced."