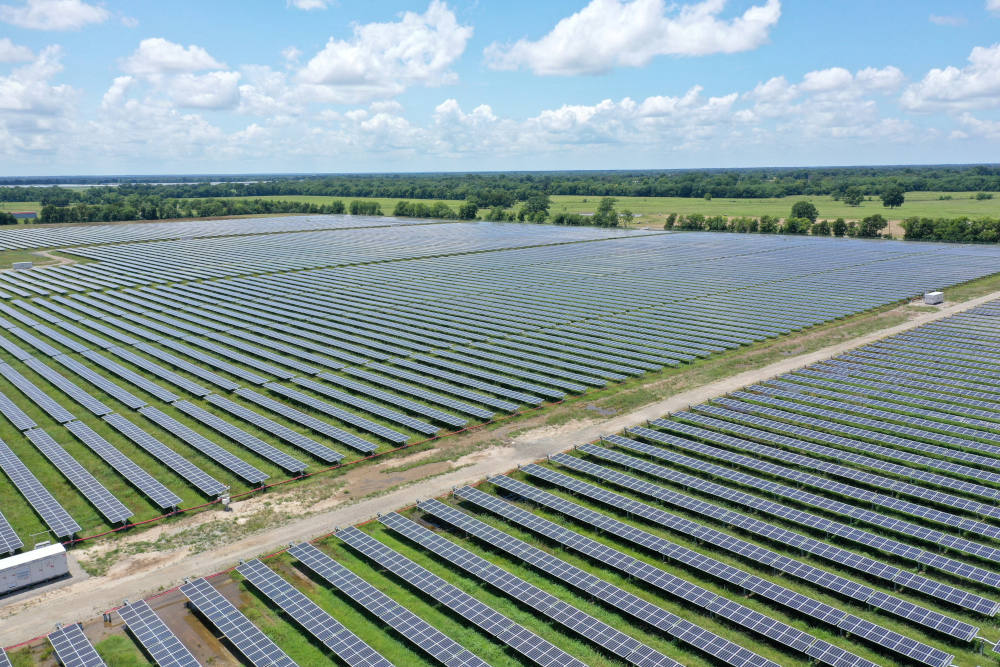 Landmark legislation to address climate change, reduce prescription drug costs and establish a minimum tax on large corporations once thought dead but was suddenly passed by the Senate, and then by the House of Representatives on Friday evening, is being hailed by Catholic advocates.

"It's a minor miracle that it got passed," Dan Misleh, founder of the Catholic Climate Covenant, said of the Inflation Reduction Act, which was approved 51-50 Aug. 7 in the Senate. Vice President Kamala Harris cast the deciding vote.

Misleh and his organization have long advocated for passage of the climate-related components of the renamed bill, a pared down version of President Joe Biden's original $2-trillion Build Back Better plan.

Environmental advocates said such provisions will bring the U.S. closer to meetings its pledges to reduce carbon emissions under the Paris climate agreement. Taken together, the bill's components are projected by 2030 to reduce the country's carbon emissions by 40% from 2005 levels, the highest ever recorded.

The Democrat-controlled House approved the bill Aug. 12 along party lines, after it reconvened for a one-day session in the middle of its summer recess. The bill now heads to Biden's desk for the president's signature to make it law.

In describing the legislation's investments on clean energy, Speaker of the House Nancy Pelosi said they represent values, "values espoused by Pope Francis when he said earlier this summer 'Our planet has reached a breaking point' in the fight against climate crisis."

Catholic Climate Covenant staff and volunteers have urged passage of the legislation's environment-related components in one form or another for months. A covenant-sponsored sign-on letter to members of Congress that calls for action on the climate garnered more than 300 institutional partners including parishes, religious congregations, dioceses, nonprofits and schools.

"We're just delighted that the United States is back in the game (to address climate change) internationally and nationally," Misleh told Catholic News Service Aug. 10.

He particularly cited the bill's provisions tackling environmental concerns and lowering drug prices in an Aug. 9 statement. He also said it was "prudent" that the measure "contains revenue provisions to offset the investments when concerns around inflation and the economy are high."

"Climate change is a global challenge that requires courageous, long-term action from Congress, and I am grateful for the many substantial climate provisions that bring the United States closer to honoring its emissions reductions goals under the Paris Agreement, which Pope Francis has strongly encouraged us to meet," the archbishop said.

"I am also grateful for provisions in the bill that will lower prescription drug costs for those who rely on Medicare, and continue to call on lawmakers to ensure all health care policy respects the inherent dignity and right to life of every human being," he added.

"It's going to make a lot of economic sense to do so," Misleh said.

He also welcomed $60 billion for environmental justice priorities, including $15 billion for reducing carbon emissions and providing clean energy for low-income and disadvantaged communities.

The Inflation Reduction Act has undergone a metamorphosis in order to attract the votes of Democratic Sens. Joe Manchin of West Virginia and Kyrsten Sinema of Arizona. Republicans unanimously opposed the measure from the beginning.

Despite it being renamed in an effort to address the high inflation American families are facing, economic analysts have said the bill is unlikely to do little to either fuel or slow rising prices.

An analysis from the Penn Wharton Budget Model at the University of Pennsylvania estimates that act would cause inflation to rise "very slightly" through 2024 and then fall in later years.

It also would reduce cumulative federal deficits by $248 billion over the next decade, according to the analysis.

A summary from Senate Democrats projects the bill would reduce the federal deficit by about $300 billion.

While the bill still is largely focused on addressing environmental concerns, there are a wide range of provisions that would reach across the economy, including the health care sector.

Lisa Smith, vice president of advocacy and public policy, at the Catholic Health Association of the United States, said the bill would extend expanded subsidies for uninsured people to pay for health insurance under the Affordable Care Act through 2025. Households with incomes up to 400% of the federal poverty level, about $106,000 for a family of four, would be able to receive help to pay for insurance premiums.

The expanded subsidies were scheduled to end in December under the American Rescue Plan passed in response to the pandemic.

"When it went (under the American Rescue Plan) into effect we saw an increase of 20% of people eligible for the subsidies," Smith said.

Another provision caps premium payments at 8.5% of income.

She also welcomed a provision that will allow the Medicare program to negotiate the cost of a limited number of prescription drugs. It is expected that the change will result in significant cost savings beginning in 2026. Currently drug manufacturers set drug prices.

In a related step, the bill caps out-of-pocket drug costs for seniors at $2,000. Smith said the law would allow such costs to be spread over 12 months rather than be paid all at once before the limit kicks in.

Smith added that the health care provisions will help hospitals and long-term care facilities as they continue to struggle with the effects of the pandemic that have driven supply and staffing costs and led to staffing shortages.

"This will reduce the uncompensated cost of care," she said, especially as people remain eligible for subsidies to pay health insurance premiums.

Meanwhile, key revenue-producing measures in the Inflation Reduction Act would offset the costs of its expenditures and tax incentives. They include:

Catholic Charities USA also welcomed the Senate vote and was looking to the House of Representatives to follow suit.

"It's a positive bill. There are many positive elements," Anthony Granado, vice president of government relations, told CNS.

Still, the agency is disappointed that provisions related to rental assistance and child nutrition were excluded.

Granado said Catholic Charities will pursue broader funding of vital social services in upcoming negotiations on the fiscal year 2023 appropriations bills at a time when rents continue their rapid ascent and more people are visiting food banks as they struggle with high food costs.

A key concern is reimplementation of the enhanced child tax credit, Granado said, stressing the success it had before it expired in December.

A priority of social service agencies and advocates for low- and moderate-income families, the enhanced child tax credit was in place for most of 2021 under the American Rescue Plan.

Parents across the country reported being able to better provide food and other needs for their families with the additional payments received under the expanded credit.

The credit covered 61 million children in more than 36 million households, according to the Center on Poverty and Social Policy at Columbia University. The monthly payment in November kept 3.7 million children out of poverty, the center found.