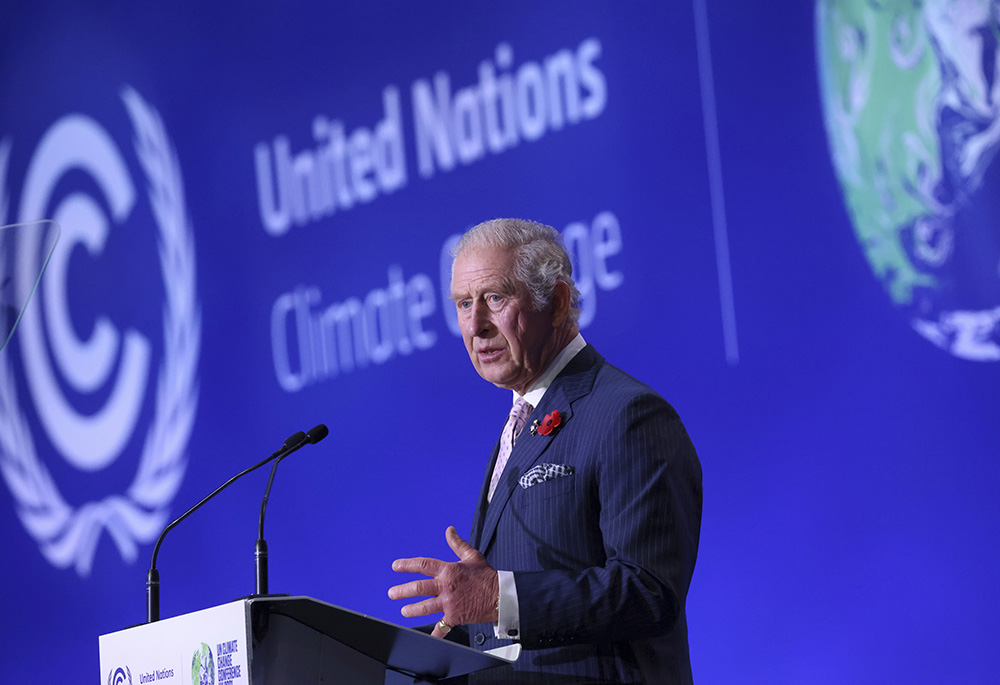 Everyone agrees that Queen Elizabeth II is a hard act to follow. As a constitutional monarch who united her kingdom without ever making a political statement, let alone a partisan one, she held herself above politics as a symbol of the best of British values and character.

King Charles III takes up the crown as an old man who has spoken out on issues from urban architecture to the environment and global warming. His personal life, too, carries with it some heavy baggage: Some will never forgive him for his treatment of Princess Diana.

Given that history, he should resist those advisers who want to force him into his mother's mold. He is not his mother and never will be. He must find his own path. He should acknowledge his failings and build on his strengths.

One of his strengths is the aforementioned commitment to the environment. Long before it was fashionable, Charles denounced plastic pollution in the oceans. He was also ahead of other world leaders in warning about global warming.

As far back as 1970, Charles warned of "the horrifying effects of pollution in all its cancerous forms" and pointed to the problem of "indestructible plastic containers." He took up the challenge of climate change long before others.

"We're busily wrecking the chances for future generations at a rapid rate," he said, "by not recognizing the damage we're doing to the natural environment, bearing in mind that this is the only planet that we know has any life on it."

Unlike many, he takes seriously what scientists are saying about the effects of climate change. "It is baffling," he said, "that in our modern world we have such blind trust in science and technology that we all accept what science tells us about everything — until, that is, it comes to climate science."

Early on, critics made fun of him for these concerns, but he was never afraid to speak hard truths. "There is very little we can do now to stop the ice from disappearing from the North Pole in the summer," he said. "And we probably cannot prevent the melting of the permafrost and the resulting release of methane. In addition, I fear that we may be too late to help the oceans maintain their ability to absorb carbon dioxide."

At last year's COP26 meeting in Scotland, he warned, "The scale and scope of the threat we face call for a global-systems-level solution based on radically transforming our current fossil fuel-based economy to one that is genuinely renewable and sustainable."

He urged countries "to come together to create the environment that enables every sector of industry to take the action required. We know this will take trillions, not billions of dollars."

For most of her reign, Queen Elizabeth would never have uttered these words, which would have appeared too political. But even she at COP26 spoke forcefully, saying that "the time for words has now moved to the time for action." Although she did not speak until decades after her son, her words at COP26 may have given a green light to Charles continuing his advocacy on global warming. Let's hope.

It's true that, as king, Charles will have to be careful what he says. His safest strategy is to be a spokesperson for science and the need for action, and leave others to decide on specific policies. But he can act as a convener of scientists and other experts to develop solutions to global warming.

In these efforts, he would find a willing ally in Pope Francis and other religious leaders who recognize global warming as the moral issue of the 21st century. Like the king, faith leaders are not in a position to make political choices about what should be done, but they have the right, and the obligation, to demand action now before it is too late.