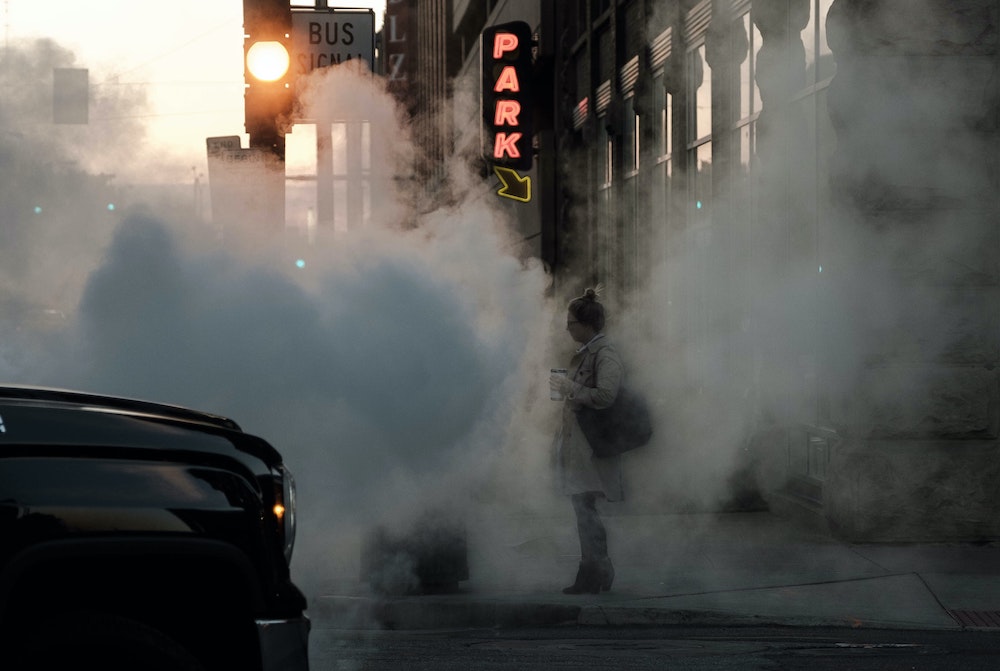 The Catholic Church in the U.S. is failing in its capacity to respond to climate change and to live up to its mission to safeguard God's creation, said Daniel DiLeo, an assistant theology professor at Creighton University, during the annual Schemmel theology lecture. (Unsplash/David Lee)

The Catholic Church in the U.S. is failing in its capacity to respond to climate change and to live up to its mission to safeguard God's creation, a theologian said this week during a lecture that spawned an act of contrition from the archbishop in attendance.

Daniel DiLeo, an assistant theology professor at Creighton University and director of its justice and peace studies program, made the comments March 22 during the annual Schemmel theology lecture at Clarke University, in Dubuque, Iowa. The online talk provided an overview of Catholic teaching on the environment, climate science and how the two intertwine.

Toward the end of his presentation, DiLeo, who is also a consultant for Catholic Climate Covenant, said the U.S. church is in an "almost ideal" position to respond to climate change. "We've got the mission, we've got the ethics" and the call to evangelization, he said, but moreover, it has the logistics to make a serious difference — in terms of people (about 70 million Catholics in the U.S., or 20% of the population), institutions (176 dioceses, nearly 17,000 parishes and thousands of schools, hospitals and advocacy networks), infrastructure (more than 100,000 buildings and millions of acres of land) and money.

"The Catholic tradition has a tremendous amount of potential," DiLeo said. "Unfortunately, we have not realized this potential." 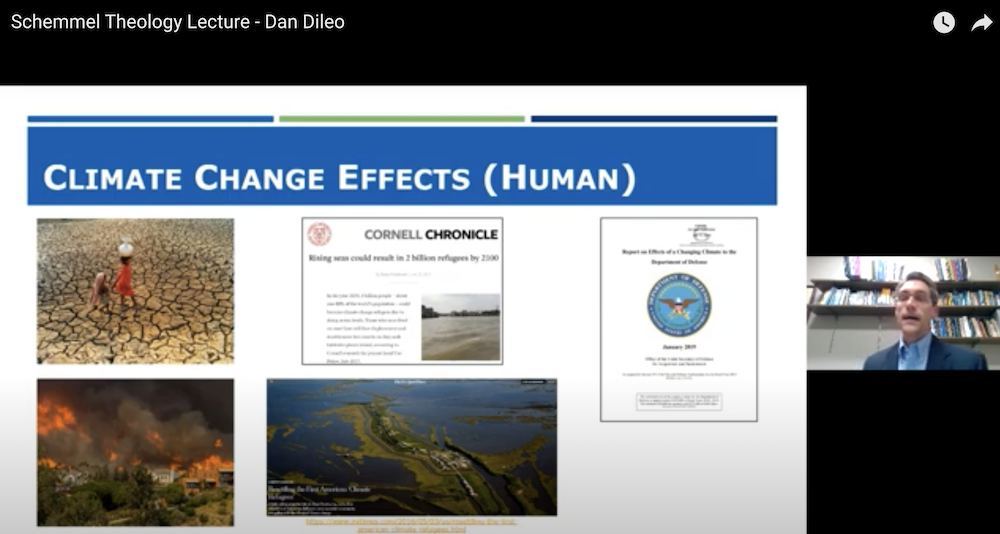 The comments came in the midst of the special Laduato Si' Anniversary Year that the Vatican declared to celebrate the fifth anniversary of Francis' ecological encyclical "Laudato Si', on Care for Our Common Home." Later this spring, the Vatican is expected to launch its Laudato Si' Action Platform in an effort to galvanize more Catholics to take action on the encyclical's message.

While numerous Catholic universities and schools have embraced Laudato Si', and various dioceses and parishes have put it into action, including expanded use of solar energy, the full weight of the U.S. church has yet to coalesce behind the pope's call for environmental stewardship as a core part of Christian identity. During the U.S. bishops' meeting in November 2019, then-president Cardinal Daniel DiNardo said the sense among his fellow prelates was that climate change was "important" but not "urgent."

The reasons why U.S. Catholics have not fully embraced Laudato Si' so far are many, DiLeo said. Part of it is education, both in understanding the science of climate change and in catechesis of church teaching on the environment. DiLeo pointed to surveys conducted in the months following the June 2015 release of Laudato Si' that low percentages of Catholics had heard the encyclical or climate change discussed at Mass. 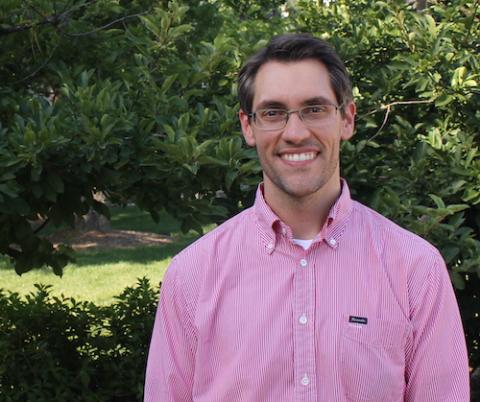 "Folks just aren't aware of the church's teaching about this issue," he said.

But education is only a first step, he said. While some church institutions have begun integrating creation care into worship, parish programs and formation, it has not been widespread, nor have energy-saving programs in dioceses and parishes. Resources for all these initiatives have been developed, DiLeo said, they just haven't been broadly adopted.

"I think it's important to recognize the potential, but also the failure, here in the U.S. to think about this in terms of essential to Catholic mission," he added.

The stark assessment from the Creighton theologian led Dubuque Archbishop Michael Jackels to begin his response by quoting part of the penitential prayer recited during Mass.

The archbishop said climate change is caught in the debate among U.S. Catholics about what issues are more important than others, most notably around abortion and what are viewed as life issues.

"The problem is that labeling some issues as preeminent gives the impression that we can ignore the merely eminent issues, like racism, or brutality from or toward police, or poverty, or immigration reform and protecting the environment," Jackels said. 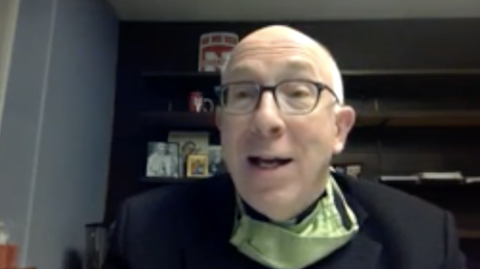 "We defend the fundamental right to life, yes, but we also defend what people need to live in dignity," he added. "Productive work and fair wages. Food and shelter. Education and health care and protection from harm. And we defend the Earth, because where else will the people live whose right to life we fight for?"

Jackels said that protection of the environment is a key part of the call to stewardship for people of faith, one that reflects humans' role as caretakers and not possessors of God's creation. He also pushed back against those who would characterize Francis, with his emphasis on Catholic social teaching, as "just a wide-eyed, South American liberal." In fact, he said, the pope is building on Catholic social teaching that extends back to the 19th century and Pope Leo XIII's encyclical Rerum Novarum.

"Pope Leo XIII wrote that encyclical in order to counter claims made by communists and socialists against the ownership of private property," Jackels said. "Catholic teaching defends the right to own private property, but it also defends the duty, as stewards, to share with others the universal destination of goods. This right and duty go hand in hand."

Jackels agreed with DiLeo that education is important, saying, "You can't love a teaching that you don't know." He added, however, that it isn't enough nowadays, when people are more likely to completely dismiss things that don't align with what they already believe.

When he has preached about the common good when explaining the importance of wearing a mask and social distancing during the the pandemic, for instance, the archbishop said some people responded that the common good wasn't even in the Catechism. He was quick to point out that it is.

Both speakers acknowledged that political polarization is a hurdle. DiLeo cited studies showing that Catholics who identify as Republican, about half the U.S. church, are more likely to dismiss the pope's teaching on climate change and other issues that run counter to conservative values.

"Whether it's the environment or social teaching, the common good … if it doesn't match up [with] what they already believe, then it's, I think, almost a miracle for them to open their minds and hearts enough to receive the teaching," Jackels said.

Nevertheless, he added, "I'm going to keep hitting at it until it starts to make a dent."

DiLeo said education can be the foundation, but not the end, quoting Francis in Laudato Si', saying, "A commitment this lofty cannot be sustained by doctrine alone, without a spirituality capable of inspiring us, without an 'interior impulse which encourages, motivates, nourishes and gives meaning to our individual and communal activity.' " 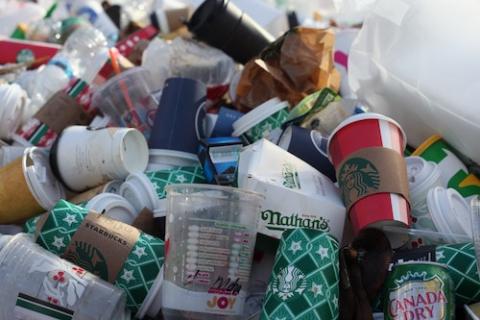 "It's not enough to just talk about the principles. There have to be strategies and campaigns and movements to enact and operationalize those," he said.

An example of that played out at Creighton, where over three years students mobilized to pressure the Jesuit school and its board of directors to fully divest its $587 million endowment from fossil fuels, a move the university announced in January.

On July 13 to 15, the Omaha, Nebraska, university will host the second Catholic Climate Covenant conference on implementing Laudato Si' within the U.S. church, at which Chicago Cardinal Blase Cupich is expected to deliver a keynote address. DiLeo said he hopes that event, as well as the Vatican's Laudato Si' Action Platform, can build momentum to turn U.S. church's potential into progression.