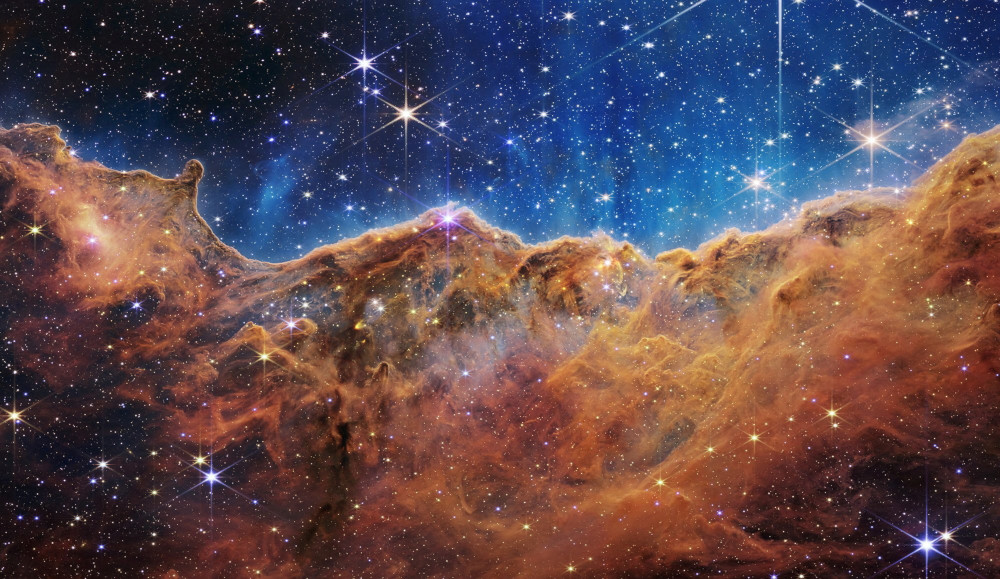 The Carina Nebula is one of the largest and brightest nebulae in the sky, located approximately 7,600 light-years away in the southern constellation Carina. Nebulae are stellar nurseries where stars form. The Carina Nebula is home to many massive stars, several times larger than the sun. (RNS/NASA, ESA, CSA and STScI)

Vatican astrophysicist Brother Guy Consolmagno released a statement Thursday praising the crisp images of the cosmos delivered by NASA's James Webb Space Telescope as "food for the human spirit," while highlighting the rich history of Catholic scientists who have studied the stars.

"We're really excited by the new images from the Webb telescope!" wrote Consolmagno, who is the director of the Vatican space observatory known as the Specola Vaticana, which has existed since the late 1500s.

"The images are gorgeous, as anyone can see for themselves. It's a tantalizing glimpse of what we'll be able to learn about the universe with this telescope in the future," he added.

The Webb telescope, the product of an international collaboration of scientists that cost over $10 billion, is the largest optical telescope in space, and astrophysicists are optimistic about the clarity it could provide on many unanswered questions about the universe.

"The science behind this telescope is our attempt to use our God-given intelligence to understand the logic of the universe," Consolmagno wrote, adding that "the universe wouldn't work if it weren't logical."

"But as these images show, the universe is not only logical, it is also beautiful. This is God's creation being revealed to us, and in it we can see both his astonishing power and his love of beauty," he said. 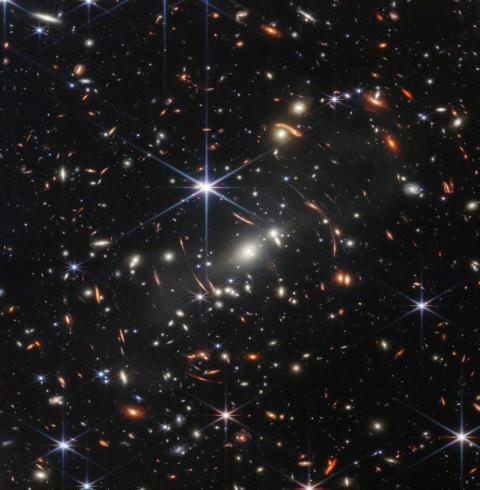 NASA's James Webb Space Telescope has produced the deepest and sharpest infrared image of the distant universe to date. Known as Webb's First Deep Field, this image of galaxy cluster SMACS 0723 is overflowing with detail. Thousands of galaxies — including the faintest objects ever observed in the infrared — have appeared in Webb's view for the first time. This slice of the vast universe covers a patch of sky approximately the size of a grain of sand held at arm's length by someone on the ground. (RNS/NASA, ESA, CSA and STScI)

The Vatican astronomer also shared his excitement at the fact that many of the people who worked on the Webb telescope are his friends and colleagues. "I know how long and how hard they and their colleagues have worked to make this incredible machine work," he wrote. "It is a tribute to the power of the human spirit, what we can do when we work together."

The Vatican Observatory collaborates with many international schools and organizations to further the understanding and study of space. Every year, the Vatican Observatory Summer Schools offer an intensive four-day course where students can learn from top scientists in the field. Faculty at the Vatican's space summer school include George and Marcia Reike, who were behind the creation of the infrared cameras of the Webb telescope, and Didier Queloz, who won the Nobel Prize in physics in 2019.

Among its former students is Heino Falcke, who was a member of the team that rendered the first image of the black hole in the center of the Milky Way in May.

In June 2023, the Vatican Observatory Summer Schools will resume after a hiatus brought on by the pandemic. The theme will be "Learning the Universe: Data Science Tools for Astronomical Surveys," which offers methods for analyzing big data as telescopes and detectors grow increasingly sophisticated.

Consolmagno said he "was especially delighted to see Webb's first spectrum of water vapor in the atmosphere of an exo-planet," referring to planets that might be hospitable to life. He recalled that the first spectral measurements of space, which help to better understand the atmosphere of a planet, were made by a Jesuit priest, the Rev. Angelo Secchi, in a church in Rome about 150 years ago.

The relationship between the Catholic faith and science has seen many ups and downs throughout history. While the Vatican trial of the astronomer Galileo Galilei in the 1600s for his belief that the Earth revolved around the sun certainly marked a moment of tension and hostility, on other occasions Catholicism inspired great scientific leaps, such as the Rev. Georges Lemaître's first theorizing of the Big Bang and Pope Gregory XIII's institution of the calendar still used today in the West.

"I can only imagine how delighted he would be to see the science he pioneered applied to planets unknown to him orbiting distant stars," Consolmagno wrote.

The Vatican astronomer also cited a passage of the Bible, Psalm 8, recounting the marvel of the cosmos, which was also tweeted out by Jesuit priest the Rev. James Martin shortly after the images of the Webb telescope were revealed.

"I am amazed and grateful that God has given us humans, His creation, the ability to see and understand what He has done," wrote Consolmagno. 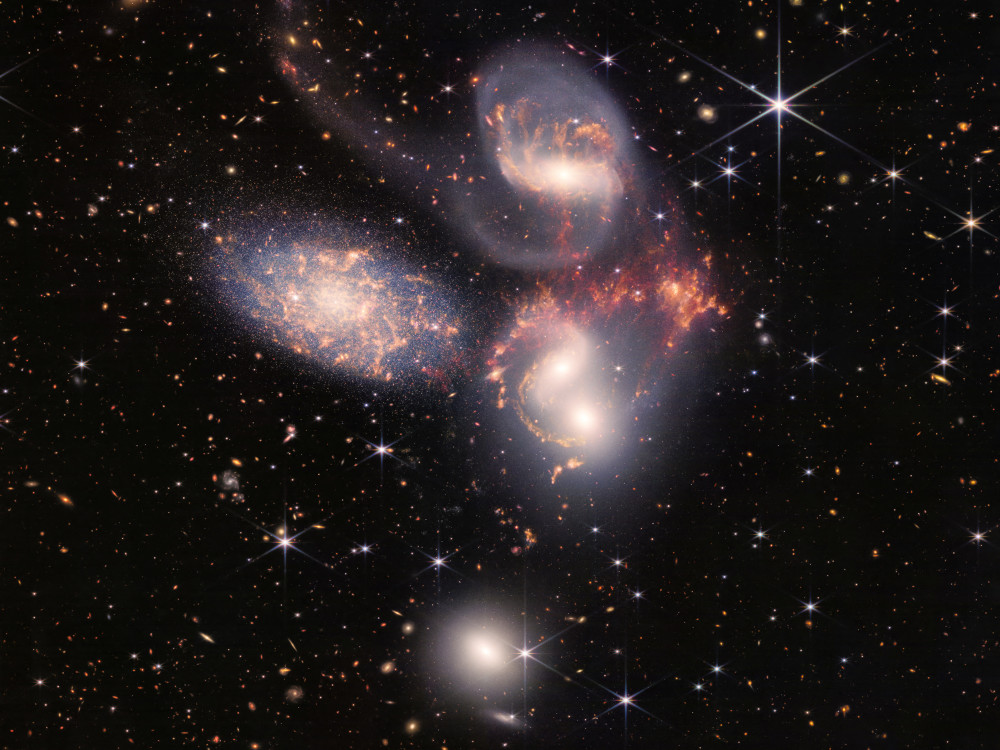 Stephan's Quintet, a visual grouping of five galaxies, is best known for being prominently featured in the holiday classic film "It’s a Wonderful Life." Today, NASA's James Webb Space Telescope reveals Stephan's Quintet in a new light. This enormous mosaic is Webb's largest image to date, covering about one-fifth of the moon's diameter. It contains over 150 million pixels and is constructed from almost 1,000 separate image files. The information from Webb provides new insights into how galactic interactions may have driven galaxy evolution in the early universe. (RNS/NASA, ESA, CSA and STScI)