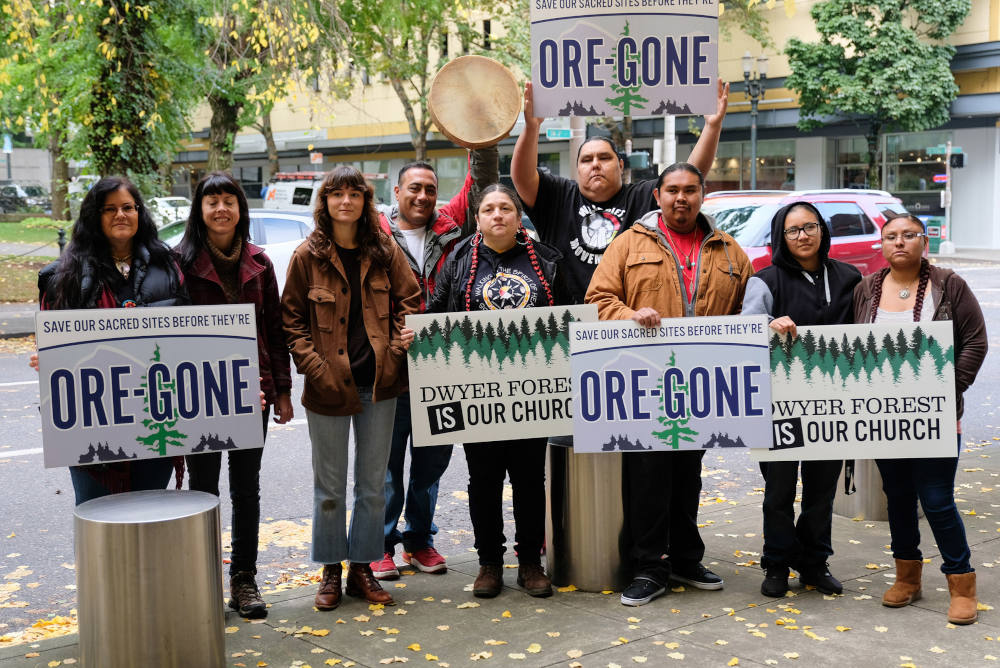 Activists demonstrate during a Slockish v. U.S. Department of Transportation hearing. (RNS Photo/Courtesy of the Becket Fund for Religious Liberty)

Members of two Native American tribes are calling on the federal government to restore features of a sacred site that was bulldozed 14 years ago as part of a highway widening project near Mount Hood, Oregon.

They're taking their fight to the U.S. Supreme Court after their case was dismissed by two lower courts.

Wilbur Slockish, the hereditary chief of the Confederated Tribes and Bands of the Yakama Nation, and Carol Logan, a spiritual practitioner and elder of the Confederated Tribes of Grand Ronde, petitioned the high court on Oct. 3 to hear their case. The nonprofits Cascade Geographic Society and Mount Hood Sacred Lands Preservation Alliance are the two other petitioners.

"All we want is the return of our sacred artifacts, the rededication of the area for our ancestors, and the promise that we can continue to worship as our tribes have done for centuries," Logan said in a statement.

At the center of this case is a 2008 decision by the U.S. Department of Transportation, the Bureau of Land Management and the Oregon Department of Transportation to build a turn lane off Highway 26, as reported by Oregon Capital Chronicle. BLM in 2008 granted the right of way for construction of the turn lane, which was on federal land. Agencies said the lane was necessary due to safety reasons.

But to tribal members, the land was necessary not only for hunting, fishing and food gathering, but it was also a place to bury their dead and perform religious ceremonies for centuries. The leveling of it ended ongoing religious practices, they said.

The sacred site at issue is known as Ana Kwna Nchi Nchi Patat (the “Place of Big Big Trees”), an acre of land — formerly on tribal grounds — that consisted of a burial ground, campground, old-growth trees and an ancient stone altar, according to the petition. The turn lane was built atop this area.

Trees and medicinal plants on the land were directly incorporated into religious ceremonies and the altar of smooth river stones served to mark surrounding burials, the petitioners said. 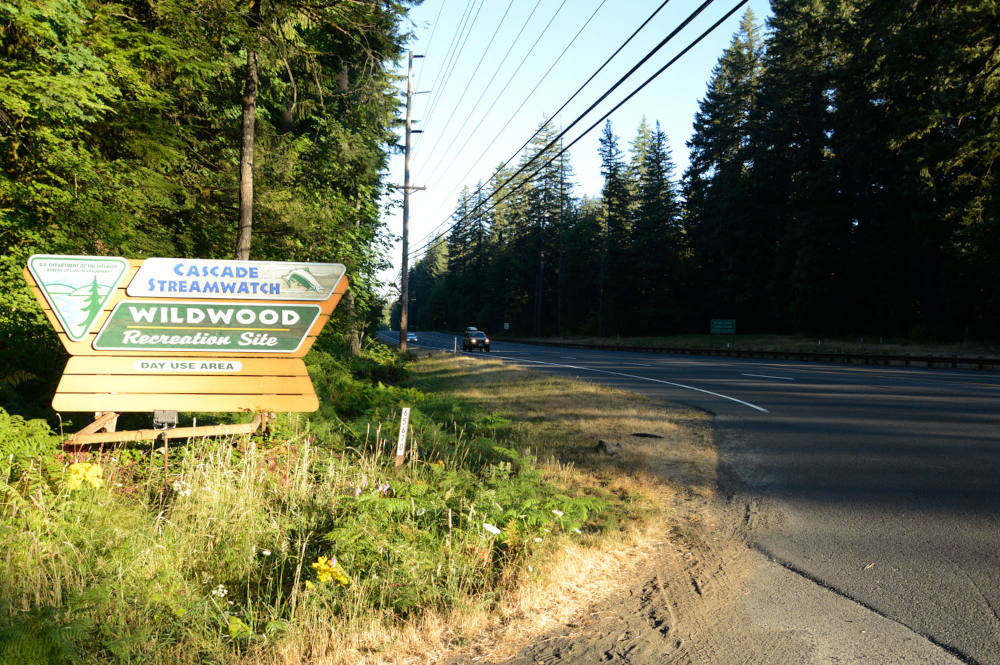 The sacred site at issue is known as Ana Kwna Nchi Nchi Patat (the “Place of Big Big Trees”) along Highway 26 near Mount Hood in Oregon. (RNS Photo/Courtesy of the Becket Fund for Religious Liberty)

Tribal members objected to the construction through "multiple phone calls and written memoranda lodged months before construction began," according to the petition. The Oregon Department of Transportation, however, noted that public meetings about the highway projects did not "incur any protests," according to SpokaneFāVS, a news site featuring nonsectarian coverage of faith and values.

Petitioners challenged the destruction of the site under the Religious Freedom Restoration Act, "seeking full or partial remediation of the site." The district court rejected their claim, concluding that destruction of the site imposed no "substantial burden" on their religious exercise, according to the petition. On appeal — after 13 years of litigation — a 9th U.S. Circuit Court of Appeals panel dismissed the case, ruling that the government would not be held accountable for its destruction of the tribes’ sacred site.

They are represented by the Becket Fund for Religious Liberty, which is also providing legal help to Apache Stronghold — a coalition of Apaches and other Native peoples opposing the land transfer of Oak Flat, an Apache sacred site in Arizona.

"Native American sacred sites should be given just as much respect and protection as churches, synagogues, mosques, and other houses of worship," said Luke Goodrich, vice president and senior counsel at Becket, in a statement. "... (T)he very least the government can do is to pursue every possible avenue for repairing this site and allowing the plaintiffs' religious practices to resume."