Skip to main content
Spirituality
A version of this story appeared in the Dec 4-17, 2015 print issue under the headline: "A lot more than saintly bones may be tied up in reliquaries". 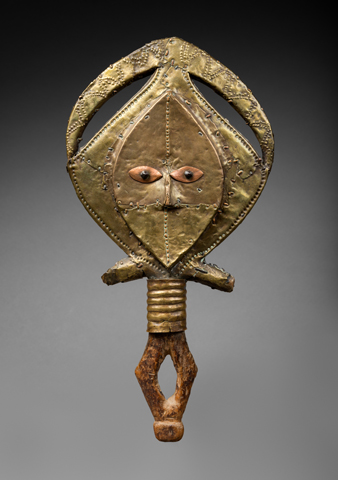 Delineating what precisely is, and is not, a relic presents both linguistic and theological challenges.

Consider the Metropolitan Museum of Art’s 19th-century “Power Figure” (in full: “Nkisi N’Kondi: Mangaaka”), created by the Kongo people. St. Sebastian-like, iron shards pierce the slightly hunched wooden figure, whose hands are firmly planted on its hips. It may evoke a voodoo doll, but the embedded metal actually marked treaty signing or vow sealing, per the museum website.

The figure -- which appears in the Met’s exhibit “Kongo: Power and Majesty” (through Jan. 3) -- also has a stomach cavity with traces of medicines that were stored therein and drew the figure’s power. Does that make it a reliquary, and the plant material a relic?

Strictly speaking, the substances once hidden in the stomach weren’t rare, and they certainly weren’t bones of holy men and women. But an intricate and deliberate vessel did house powerful materials.