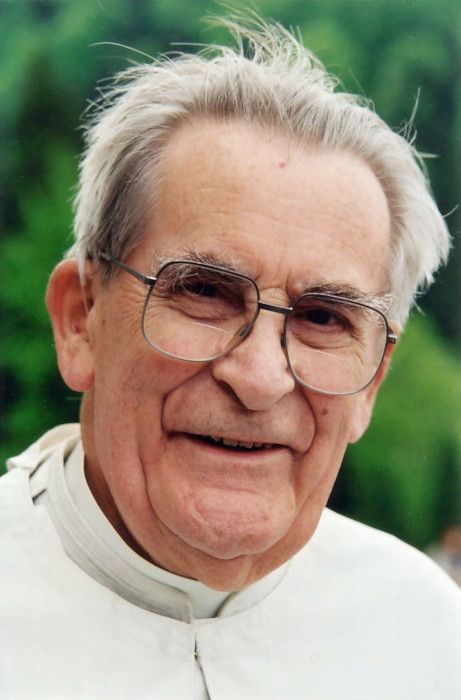 Rome — The international Catholic charity Aid to the Church in Need said it found "very plausible" the claim of a former employee that the late Norbertine Fr. Werenfried van Straaten, founder of the charity, had sexually assaulted her in the 1970s.

The charity, which supports Christians suffering under persecution or extreme poverty, confirmed in a statement Feb. 10 that the victim came forward with the allegation in 2010 and that preparations for a sainthood cause for Father van Straaten stopped at the time.

"The leadership of the charity took the accusation very seriously. It immediately sought out the person concerned and, in a personal meeting, listened to her. Her portrayal of the incident seemed very plausible," Aid to the Church in Need said in the statement published after Christ und Welt, a supplement of the newspaper Die Zeit, reported the charity had paid the woman 16,000 euros ($19,500).

Aid to the Church in Need said the money was "a solidarity payment in order to underline its desire to recognize the suffering of the person concerned and to try to mitigate the consequences of the incident for this person." It said 10,000 euros of the sum was "to acknowledge the suffering she had experienced," and the remaining 6,000 euros was to meet pension claims from the time she was an employee.

Van Straaten died in 2003 at the age of 90 after decades devoted to helping persecuted Christians, particularly in Eastern Europe.

While Aid to the Church in Need did not make the woman's accusations public at the time, the charity said it did inform the Vatican Congregation for Clergy, the president of the German bishops' conference, the victim's bishop and the head of the Norbertine order.

The victim "expressed a clear wish for the confidential handling of the accusation," Aid to the Church in Need said, while also admitting the group hoped "to prevent damage to the reputation of the charity" and "harm" to its work.

Criminal proceedings were not initiated because Van Straaten was already deceased.

Christ und Welt said the alleged assault took place during a trip to Italy in 1973. Van Straaten was 60 at the time and the woman was part of the Aid to the Church in Need delegation traveling with him.

Pope Benedict XVI had appointed Auxiliary Bishop Manfred Grothe of Paderborn to investigate the charity in a visitation that took place from 2009 to 2011. According to Christ und Welt, Grothe informed the then-prefect of the Congregation for Clergy of accusations against van Straaten, including sexual harassment, "intemperance in lifestyle," and a "susceptibility" to fascist ideas.

In its statement Feb. 10, Aid to the Church in Need said a review of Father van Straaten's writings from the 55 years he led the charity gives "no indication of far-right or fascist leanings. On the contrary, van Straaten condemned all dictatorships and took a strong stance against them."

"The accusation of excesses in his personal lifestyle is based on individual reports of an excess of alcohol or food," the statement said. "We cannot confirm this accusation from the information available to us."

The charity said it "deeply regrets the serious allegations and condemns any kind of behavior of which van Straaten has been accused in the [Christ und Welt] article. Since 2011, decision-making and control structures have been put in place to avoid misconduct, abuse and to foster a collegial working culture."

The sex abuse scandal is not over. The hierarchal culture still needs transformation.