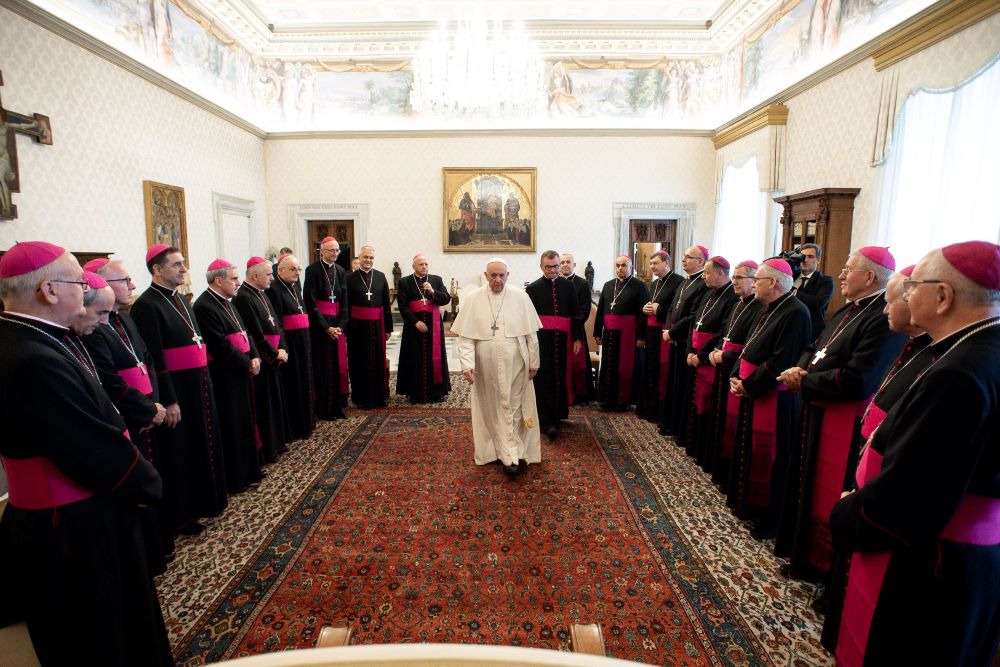 For the first time in seven years, nearly all Poland's Catholic bishops went to Rome last month for formal meetings with Pope Francis and Vatican officials.

Although most of the prelates expressed satisfaction with the encounters, they also hinted that there had been some frank exchanges over the pope's handling of the country's sex abuse crisis. An unprecedented 10 Polish bishops, mostly retired, have been sanctioned in various ways in recent months for ignoring abuse complaints.

"The pope knows how important the Polish church is — although attendance and participation may be dwindling, the church is still exceptionally strong," said Fr. Piotr Mazurkiewicz, a Polish theologian and former secretary-general of the Brussels-based Commission of European Union Bishops' Conferences (COMECE).

"However, this doesn't mean it's faultless, and the bishops spoke very clearly with him about this," said the theologian. "While I don't think there's any serious division, they were concerned to raise certain points — particularly whether Poland's bishops are being treated more harshly than those elsewhere." 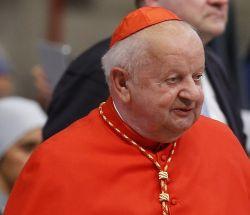 Cardinal Stanislaw Dziwisz of Krakow, Poland, shown in this 2018 file photo,
is the former secretary of Pope John Paul II and served as Archbishop of Krakow from 2005 to 2016. (CNS/Paul Haring)

The Vatican visits were staged in four groups during October. It was the first ad limina by the Polish prelates since 2014, and it took place in an atmosphere of crisis stoked by allegations of sexual abuse by Polish clergy and cover-ups by bishops.

Among those being investigated for ignoring abuse complaints is Cardinal Stanisław Dziwisz, the 82-year-old former secretary of Pope John Paul II.

While the Vatican has issued communiques via its Warsaw nunciature, listing the penalties imposed in the wake of its investigations — mostly ordering the compromised bishops to avoid public appearances and revert to a "life or prayer and penance" — it hasn't clarified the accusations. 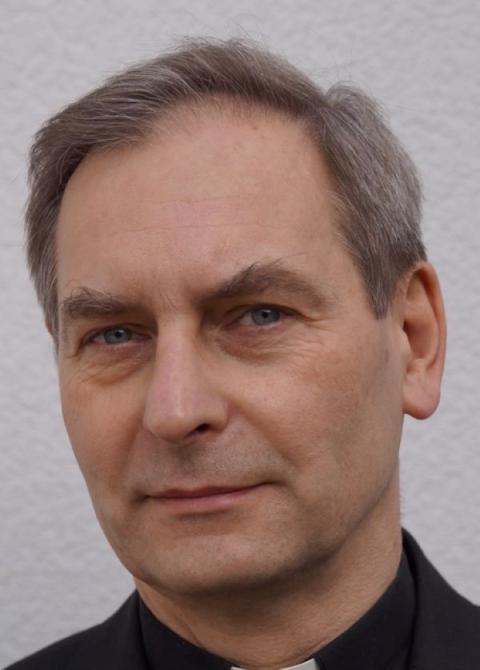 The crisis — a word now used routinely by Poland's bishops — has coincided with growing criticisms of the church's role in public life and fueled a sense of drift among Catholics.

Regular Mass attendance has dropped by a third in some regions in the wake of COVID-19 restrictions, while a March survey found 50% of the young people in the traditionally Catholic population insisted the church no longer held "any authority" for them.

New data published in mid-October showed 356 priesthood candidates had been admitted to seminaries this year, a drop of 15% since 2020, and 60% fewer than a decade ago.

As fewer young people sign up for school religion and catechesis classes, the church's missionary outreach has also diminished, with 1,800 clergy now serving abroad, compared to around 3,000 a decade ago.

The decline has been linked, at least in part, to damage caused by abuse scandals.

But the church has also been under attack for its perceived close links with Poland's governing conservative Law and Justice party — particularly in pursuing tighter restrictions on abortion, imposed by the Constitutional Court in autumn 2020; and curbs on wider rights for LGBTQ groups, with a new citizens' bill to ban same-sex partnerships and child adoption gaining its first parliamentary reading on Oct. 28.

Claims of a throne-altar alliance have been indignantly rejected by church leaders. 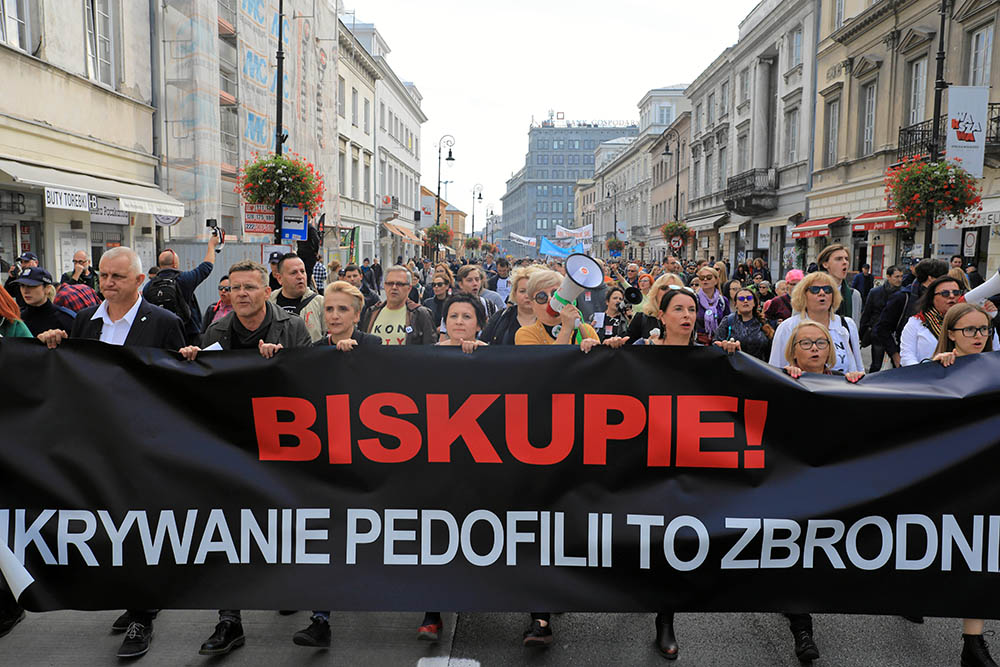 A joint church-government commission, set up three decades ago to seek accord on public issues, has lapsed under the present government, while the bishops are at loggerheads with government ministers over their failure to consult the church over tightened income tax and health insurance rules, as well as over the harsh treatment of refugees on Poland's eastern border.

In a July speech, the bishops' conference president, Archbishop Stanisław Gądecki, lashed out at Christian politicians who had "deplorably brought more harm than good," and insisted no political party could claim to "represent the faithful."

In August, he accused the government of violating Poland's 1993 Vatican Concordat and 1997 constitution with its coronavirus lockdown restrictions, imposed, he said, "without any conversations about their legitimacy or proportionality."

Krzysztof Tomasik, foreign news director of KAI, Poland's Catholic Information Agency, thinks the idea of a church-state pact has been cultivated by anti-clerical groups to compromise Poland's bishops. He hopes Vatican officials were well informed enough not to be taken in by hostile media coverage.

'The pope knows how important the Polish church is — although attendance and participation may be dwindling, the church is still exceptionally strong.'

As Polish citizens, the bishops have their own political preferences; though they won't declare these publicly, they're known to differ, sometimes significantly.

And while some politicians may hold positions close to the church on issues such as same-sex unions and euthanasia, they depart from it in other areas, as well as in the regulatory solutions they offer.

Gądecki confirmed that church-government links were debated in Rome, telling KAI  he believed "critical views" of the Polish church in the Vatican had been influenced by "tendentious reports by Western agencies."

His own ad limina group had been warned against "clergy politicization" by Cardinal Marc Ouellet, prefect of the Congregation for Bishops, Gądecki added, and urged to maintain a "critical freedom" from politics during talks with the Vatican's Secretary of State, Cardinal Pietro Parolin.

They had needed reminding that the Polish church avoids "identifying with left, right or center, but seeks to live by the Gospel," the archbishop told KAI, with obvious irritation.

The irritation was not confined to accusations of political involvement.

It also surfaced over sexual abuse, with doubts about the Vatican's procedures for handling accused bishops, which were updated in Vos estis lux mundi, a 2019 papal document that mandated clergy abuse reporting worldwide and put in place a system for holding accountable bishops who mishandle abuse complaints. 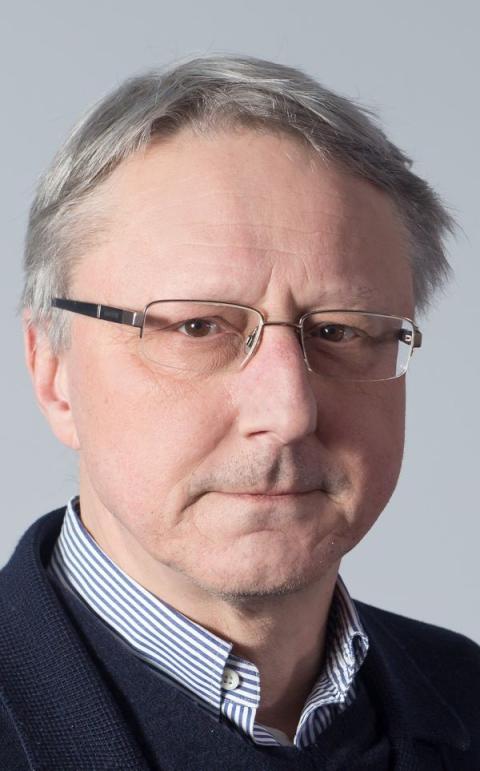 With the church now on the defensive against abuse everywhere, some Polish bishops fear its leaders no longer have the capacity to even question abuse accusations, and that the crisis is being used to push through radical changes that could further undermine the church's authority.

In France, a shocking October report by an Independent Commission on Sexual Abuse in the Church recommended reforming the church's sexual ethics, relaxing celibacy and enabling priests to inform police of sexual crimes divulged in the confessional.

The Polish church was committed to working with the pope against abuse and ensuring Vos estis was implemented, Gądecki said after the talks.

But it also had doubts about how the document was being used and asked for corrections when it comes up for review in May 2022.

"We drew attention to the disproportionate penalties imposed on a bishop after initial investigations, with permanent sanctions pronounced against him, and the situation of a pedophile, a criminal, who leaves prison after five years and can begin life again with a clean sheet," the bishops' conference president said.

Such public criticism of the Vatican has been rare in Poland, and while some bishops have since tried to play it down, others have endorsed Gądecki's complaints.

"During talks in the dicasteries, we encountered the unjust opinion that we hadn't learned, as a bishops' conference, to accept criticism... having been socially protected against criticism in communist times," Archbishop Grzegorz Ryż of Łódź told the KAI agency.

"But the Holy Father gave us a right to criticize and voice doubts, so we used the opportunity to pose questions," he said.

Mazurkiewicz and Tomasik said the Vatican often offers few details about accusations against bishops who are being sanctioned.

"If the Vatican were to explain in its communiques why a bishop is being punished, then we could at least talk about it — but instead we're told nothing," Tomasik told NCR.

"It's an absurd situation," he said. "When someone is given a binding court sentence, there's always a detailed explanation. But in these cases, all the information is held by the Vatican — we can only imagine, while knowing nothing. It's hardly surprising anti-clerical groups are using this confused situation against the church." 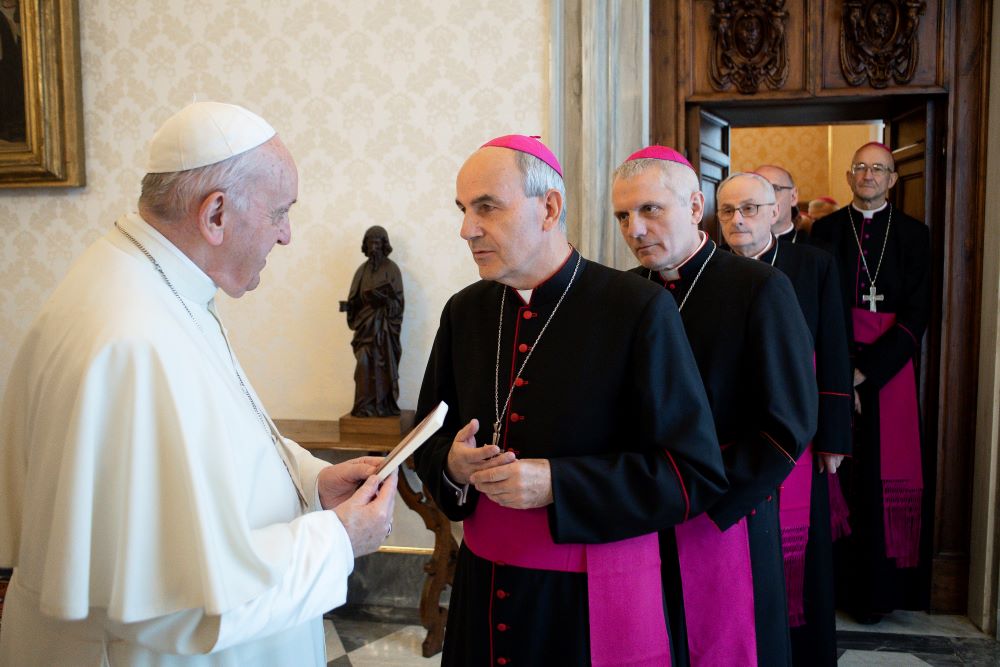 The atmosphere of dissatisfaction has worsened in Poland with the slowdown in church activity during the coronavirus.

In October 2020, more than 150 clergy signed an "Appeal by Ordinary Priests," demanding an end to the "radically unequal treatment of women and men" and "support for chauvinistic and xenophobic forces" in the Polish church.

This year, the Congress of Catholic Women and Catholics demanded dialogue with the bishops' conference and set up working groups on areas for reform, including "the manner and culture of exercising power in the church."

Laypeople close to the church are also becoming assertive, notably in long-established Catholic journals such as the Warsaw-based Więź and Krakow-based Tygodnik Powszechny.

In his Rome comments, Gądecki criticized lay groups who were "taking on the role of Church arbiters" and criticizing the bishops "without having the faintest idea about their work."

He also took aim at outspoken priests who'd sought to become "media stars" and "heroes for today," by "refusing obedience and proclaiming their own private opinions, often with great aggression."

Polish media counterattacked; in a late October opinion survey for the private TVN and TVN24 stations, 79% of Poles said they believed the church had not properly clarified its failures over abuse, with half calling on the pope to dismiss the whole bishops' conference.

Even if the Polish bishops were unusually frank while in Rome, to outside observers the ad limina still appeared stage-managed, with no certainty about its practical consequences.

"Certainly, some bishops have reasons for holding a rather negative view of Pope Francis, but many were also impressed by what they encountered there," Tomasik told NCR. "Gądecki himself merely listed what he saw as points of misunderstanding, and as times and circumstances change, some changes of attitude seem inevitable here, including the need to incorporate lay people in the church's management."

Mazurkiewicz acknowledged those in Poland who are critical of the current situation, to a point.

Critical voices, particularly when directed at cases of negligence and failure, needn't be seen as undermining the authority of church leaders, the veteran theologian said. Most bishops understand new, diversified methods of evangelization are needed, and can't be left solely to clergy.

"If lay people act for the church's good and don't undermine its teachings by pushing their own interests, we should be pleased they're no longer passive or indifferent," Mazurkiewicz told NCR.

"But we must also insist that liberal voices aren't treated as naturally superior to traditionalist voices," he said. "This is supremely important for a conservative church like ours."

Related: Poland's church struggles to contain its latest crisis
Related: For Catholic supporters, Poland's abortion protests about more than one issue
A version of this story appeared in the Nov 26-Dec 9, 2021 print issue under the headline: Bishops' visits to Rome unable to quell crisis of Polish church.