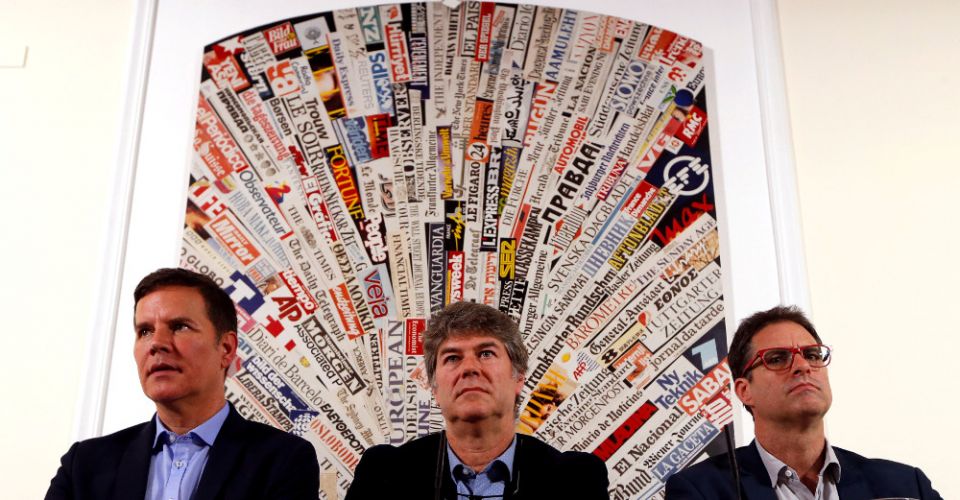 In a decision announced March 27, the court ordered the church to pay 100 million pesos (about US$147,000) for "moral damages" to each of the survivors: Juan Carlos Cruz, José Andrés Murillo and James Hamilton.

According the ruling, the appeals court said that "the omissions and the errors of the leadership of the Catholic Church" in Chile proved the church had been "negligent in its conduct in terms that can be qualified as a cover-up that gave way to the configuration of a civil offense."

Known as an influential and charismatic priest, Karadima founded a Catholic Action group in a wealthy Santiago parish and drew hundreds of young men to the priesthood.

However, several former seminarians from the parish revealed in 2010 that the former Chilean priest sexually abused them and other members of the parish community for years. One year later, Karadima was sentenced by the Vatican to a life of prayer and penance after he was found guilty of sexual abuse.

Pope Francis expelled Karadima from the priesthood in late September.

The court pointed to documents that confirmed that both former archbishops of Santiago, Cardinals Francisco Javier Errázuriz and Ricardo Ezzati, were aware of and did not properly investigate the allegations against Karadima.

Citing the definition of the word "cover-up" as being "responsible for concealing a crime," the court ruled that the definition applies to "the behavior of Cardinals Errázuriz and Ezzatti and other ecclesiastical authorities."

Errázuriz, who until last year served on Pope Francis' Council of Cardinals, led the archdiocese from 1998 to 2010. Pope Benedict XVI appointed Ezzati to succeed Errázuriz, who was made a cardinal by Pope Francis in 2014.

Pope Francis accepted Ezzati's resignation March 23. The Vatican did not give a reason for the cardinal stepping down. All bishops are required to offer their resignations when they turn 75; Ezzati is 77.

Nevertheless, the cardinal's resignation occurred just over a week after a Chilean news outlet published a 2015 criminal complaint made against Ezzati and the Archdiocese of Santiago over another case of sexual abuse and its subsequent cover-up.

Chilean prosecutors also are investigating an alleged sex-abuse ring in Rancagua as well as possible cover-ups of abuse cases in Santiago by senior members of the clergy, including Ezzati and Errázuriz.

In a joint statement released after the court's verdict, Cruz, Murillo and Hamilton said the ruling was not only important for them, but "for the hundreds or thousands of victims of abuse by priests and religious who have suffered injustice, revictimization, abandonment and the betrayal of (the church's) original commitment of care and accompaniment."

"Although it is not a cause for joy, we are satisfied. It has been a long time, more than 20 years, in which we have sought justice and reparation in different ways," the statement said. "Not so much for us but because we know that justice is the only way to guarantee that this type of crime does not happen again. And if they happen again, they will not go unpunished."

The Archdiocese of Santiago reacted to the ruling March 28, saying it "would not appeal against the verdict" and would comply as soon as possible.

The archdiocese said the ruling marked "an important step in our process of reestablishing justice and trust in our church of Santiago, because it points directly to the shortcomings we had in this case."

"The ruling," the archdiocese said, "attributes responsibility to the institution for the errors we have recognized from the beginning: the way in which the complaints presented by the plaintiffs were handled, the inadequate assessment of the complaints, and the lack of accompaniment for the victims."

Vatican confirms investigation is underway of bishop for abuse, misconduct