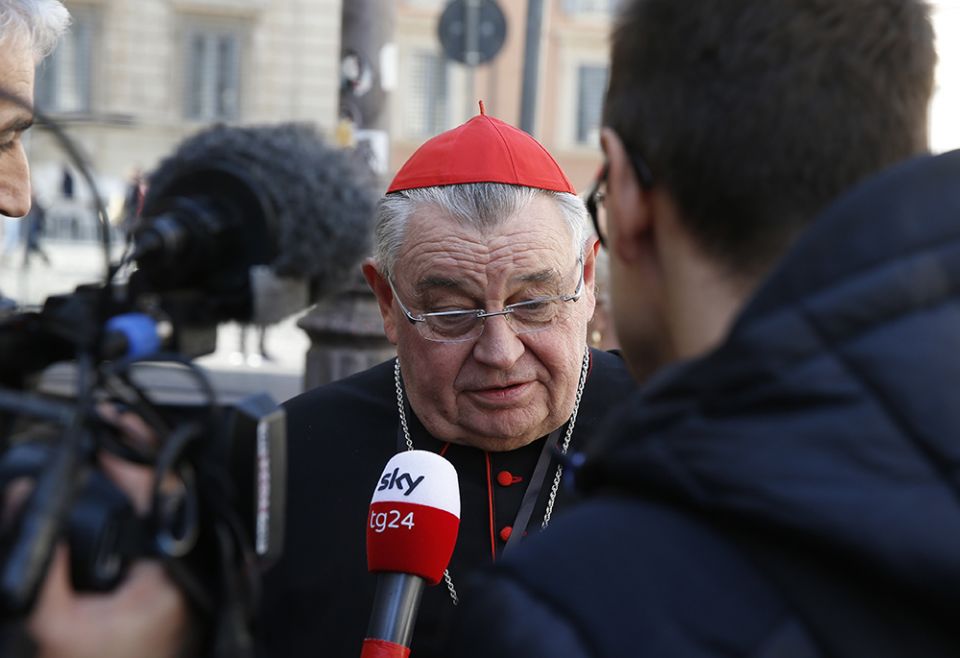 Cardinal Dominik Duka of Prague, Czech Republic, talks with journalists as he leaves the opening session of the meeting on the protection of minors in the church Feb. 21, 2019, at the Vatican. (CNS/Paul Haring)

Rome — In a public spat between members of the Catholic hierarchy, Czech Cardinal Dominik Duka has accused German Cardinal Reinhard Marx of "defaming and tarnishing" the reputation of retired Pope Benedict XVI.

The 78-year-old's comments are a part of the continued fallout surrounding Benedict's response to a German report that faulted his handling of clergy abuse cases as archbishop of Munich and Freising in the 1970s and '80s.

Duka, the archbishop of Prague, published a statement on Feb. 8 defending Benedict's actions as archbishop, saying that "even a layman" with a theology degree should be able to understand that, at the time, Benedict had "no jurisdiction and no way to deal with the case" of a notorious priest who had been transferred to the Munich Archdiocese from Essen, Germany.

German investigators faulted Benedict for mishandling the case, since he was present at a 1980 meeting that discussed the transfer of that priest. The retired pope's legal team maintains that he was not aware of those allegations.

Benedict, the former Cardinal Joseph Ratzinger, headed the Munich Archdiocese from 1977 to 1982 before being appointed as head of the Vatican's Congregation for the Doctrine of the Faith, and then being elected pope in 2005. 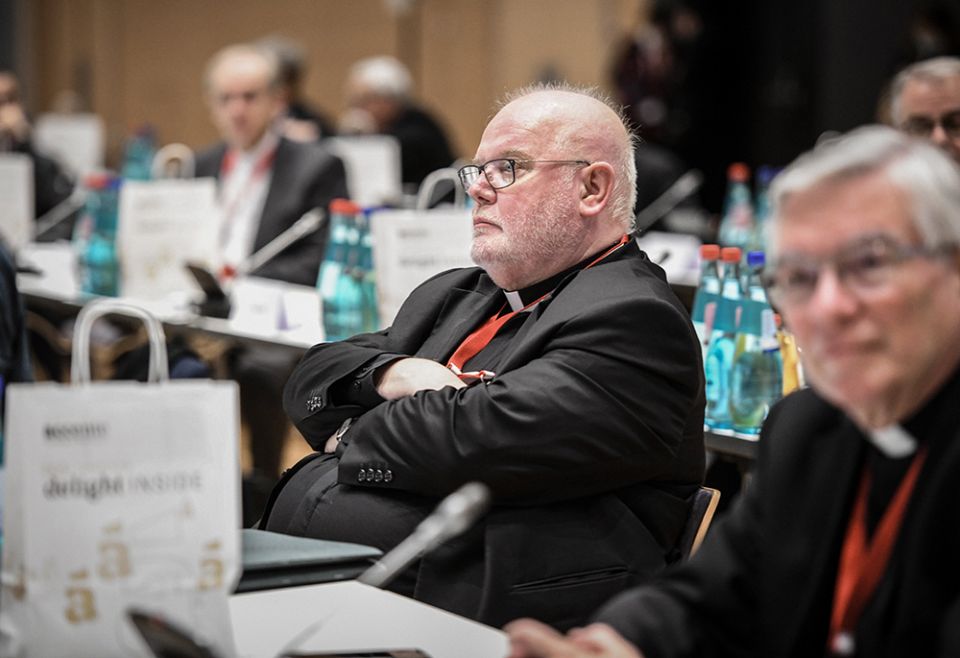 Marx, who has led the Munich Archdiocese since 2008, commissioned the independent report nearly two years ago, with a charge for investigators to examine the archdiocese's handling of abuse cases between 1945 and 2019.

In his statement, Duka called on Marx and the Munich Archdiocese to "take responsibility" for harming Benedict's reputation with the investigation and the publication of the report.

Marx has previously said the report's findings represented a "disaster" for the church, but he has not directly addressed its conclusions on Benedict. Last month, however, the president of the German bishops' conference, Bishop Georg Batzing of Limburg, called on Benedict to apologize directly to abuse victims.

Yet despite Duka's pointed criticism of Marx, the Czech cardinal has long come under criticism in his own archdiocese for his alleged mishandling of abuse cases.

In 2019, Duka, was subject to a criminal complaint and accused of covering up for abuse within his own Dominican order. He also has enraged abuse survivors by his past claims that only 10% of abuse accusations against priests are proven to be true.

The Czech cardinal's strong words in defense of Benedict also drew swift criticism from clergy abuse survivors in his country.

"Archbishop Duka, your rhetoric is insensitive, suspicious, and ruthless," wrote the survivors' group Someone Believes You in a statement. "You do not build bridges, but you destroy healing efforts."