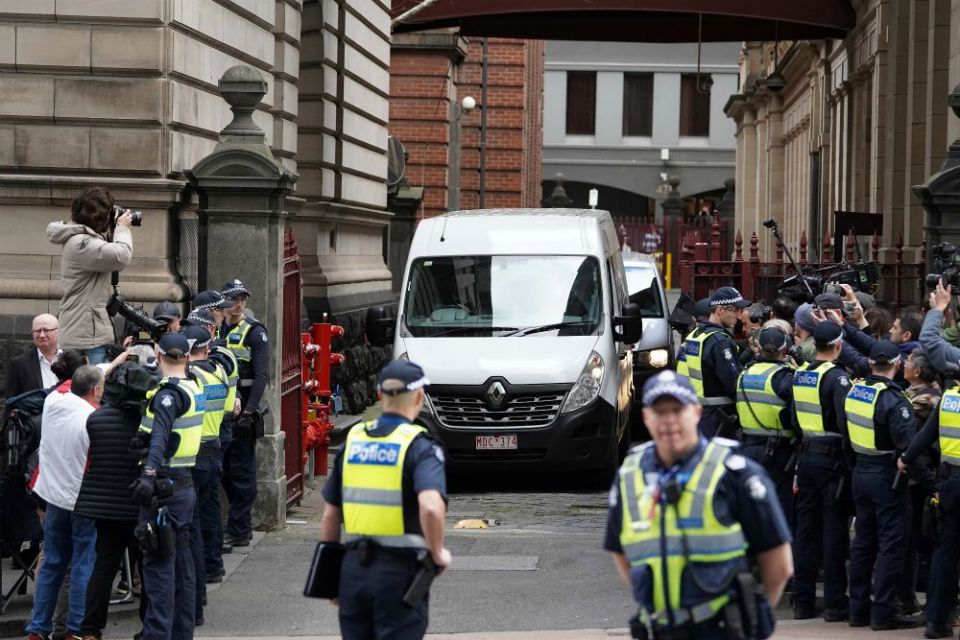 Australian Cardinal George Pell departs in a van from the Supreme Court of Victoria in Melbourne Aug. 21. An Australian appeals court upheld the conviction of Cardinal Pell on five counts of sexually assaulting two choirboys more than two decades ago. (CNS/AAP Images/Reuters/Stefan Postles)

The response in certain circles to the Aug. 21 court decision upholding Cardinal George Pell's conviction for sexually assaulting two choirboys in the 1990s was as swift as it was irrational.

Edward Peters, a canon lawyer who teaches at Detroit's Sacred Heart Seminary, claimed in a tweet some 40 minutes after the verdict that "the testimony used to convict Thomas More was more plausible."

In following days, Crux's John Allen said the odds against Pell being guilty are "awfully long." And the editor of Crisis Magazine, Michael Warren Davis, claimed it is "literally impossible" that Pell is guilty.

Even a cardinal joined in, with South Africa's Wilfrid Napier taking to Twitter to characterize Weigel's analysis as "daring," although the cardinal later said he did not mean to praise the biographer's point of view. (Nota bene, the Oxford English dictionary defines "daring" as "adventurous or audaciously bold.")

Forgive the graphic nature of the following, but it serves to indicate the seriousness of what these men dismiss.

According to 12 members of a jury of his peers, and to two appeals judges who just upheld their verdict, Pell, as archbishop of Melbourne in 1996, orally raped one 13-year-old boy and indecently assaulted another. Later, he sought the same boys out again to grab at their genitals at church.

Excuse us — perhaps it comes from 35 years' experience investigating such monstrous predators as Legionaries of Christ founder Marcial Maciel Degollado, who First Things defended for years, once calling him an "innocent and indeed holy person" — but we have some rather firm ideas about the consideration that should be accorded survivors of such despicable and cruel abuse.

In the interest of helping others care for victims — assuming, of course, that those defending the convicted cardinal have such intention — it seems only reasonable that basic courtesy is a minimum. When a person comes forward alleging that they have been abused by a minister in the Catholic Church — be it a priest, bishop, sister, teacher, parish worker or otherwise — they should be listened to, treated with respect, and presented with avenues for justice.

The primary responsibility for assessing the truth of the alleged victim's claim falls to those taking part in the court proceedings, and unless something's gone strangely awry, we still trust that the court systems of major advanced democracies, such as Australia, are reliable arbiters of justice. 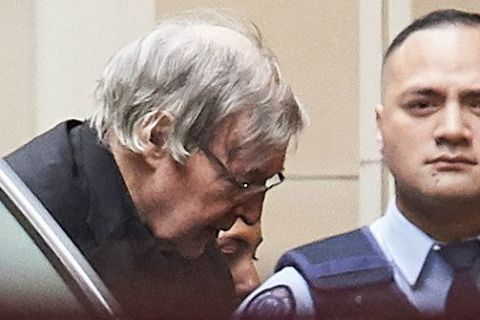 Jesuit Fr. Michael Kelly wrote in a recent edition of La Croix International, "As an Australian priest, I am acutely aware of the fallout from this whole affair for the faithful. I have come to the conclusion that the best help I can be is help them to accept reality."

And that reality, he writes, is that George Pell is a convicted criminal. "The bottom line is that Pell was convicted of crimes unanimously by a trial jury. You either accept that this is the best our legal system can offer or you throw out trial by jury. And that's not going to happen."

The Jesuit, a long-time journalist and founder of Eureka Street magazine, based in Melbourne, described the rationale for the loud and often anguished denial of the verdict unbalanced and exaggerated.

That certainly is the case in the examples cited above.

Weigel's take on the sex abuse scandal seems to wind through time like an out-of-tempo sine wave, its undulations dependent on whether friend or foe is in the dock and which pope happens to be in place. He was one of the original and loudest (with the rest of the crew at First Things) to deny the scandal altogether, then just as loudly tout the virtue of Maciel and the impossibility that this good and holy man could be accused of such vile activity.

When the evidence became overwhelming, his analysis became that Maciel and his minions duped the world and his favorite pope. His position required ignoring years of revealing work by reporters, exhausting attempts to get the pope's attention from eight or nine quite credible victims, and warnings from one or two bishops, all of whom weren't duped.

Pell's an old Weigel friend, and so the pundit's denial has expanded to indict the good people of an entire country along with its justice system.

As we understand it, Pell has opportunity for another appeal. Meanwhile, the church will continue to face a reckoning around the world with old sins newly revealed. Hysteria serves no purpose. An ongoing, sober accounting of what happened and an unblinking search for why and how it happened are the questions and answers that will best serve the people of God.

A version of this story appeared in the Sept 6-19, 2019 print issue under the headline: Frenzy over Cardinal Pell's denied appeal serves no purpose .

Rebutting the prebuttals of 'Amoris Laetitia'