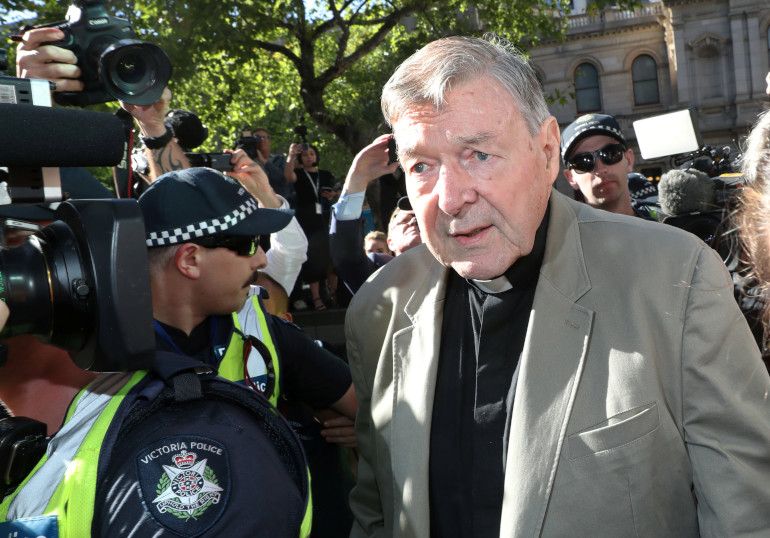 Vatican City — A panel of three Australian judges has upheld the conviction of Cardinal George Pell for sexually assaulting two choirboys in the 1990s in a 2-1 decision, ordering the Vatican's former number-three official to continue serving a six-year prison term.

The decision, announced by the Court of Appeal in the southeastern state of Victoria early Aug. 21 in Australia, marks another historic moment in an historic case.

Pell, who was long the highest-ranking Catholic in Australia but was brought to Rome in 2014 by Pope Francis to restructure the Vatican's finances, is the first Vatican official charged by authorities on abuse allegations, the first convicted, and the first sentenced to jail. He is now also the first to lose on appeal.

At a two-day appeals hearing in June, Pell's lawyers had made two main arguments: that the cardinal's conviction was "unreasonable" due to a lack of evidence available to determine his guilt beyond a reasonable doubt, and that there had been errors in the proceedings that prevented the prelate from presenting his full case.

In a hearing to explain their decision, livestreamed for viewing across the world, Ferguson said the three appeals judges had watched the tapes of the original trial, which spanned more than 30 hours, more than once.

"Having reviewed the whole of the evidence, two of the judges … were satisfied beyond a reasonable doubt that Cardinal Pell was guilty of the offences charged," said Ferguson.

Reporters in the courtoom described Pell, who has strenuously denied the charges of abuse, as reacting to the appeals verdict with shock. One described the cardinal as gripping a bannister in the coutroom as Ferguson spoke; another said he looked "destroyed."

The cardinal, aged 78, had been serving as the Vatican's first Secretary for the Economy when he took a leave of absence in June 2017 to go back to Australia to fight the charges against him.

Although Vatican officials had steadfastly refused for two years to comment on Pell's case, citing a desire not to preempt the verdict or the eventual appeals process, a spokesperson made an unusual Twitter announcement Feb. 26 to confirm that Pell had lost his Vatican position, as his five-year term at the economy secretariat had lapsed Feb. 24.

Pell had also been serving as one of the members of the Council of Cardinals, a small group of prelates Francis picked to advise him on reforming the Vatican bureaucracy. The Vatican announced Pell's removal from the group in December.

The Vatican is not expected to comment immediately on the Aug. 21 upholding of Pell's conviction, as officials are known to be waiting for the cardinal to exhaust his appeals before speaking publicly. The Congregation for the Doctrine of the Faith is also conducting a canonical investigation.

Pell's lawyers have 28 days to file for an appeal of the Aug. 21 decision with the High Court of Australia. If that appeal is not granted, the cardinal would be first eligible for parole in October 2022.

A version of this story appeared in the Sept 6-19, 2019 print issue under the headline: Australian court upholds Cardinal Pell's conviction on abuse charges .

Editorial: Synod questionnaire an opportunity to hear from the people