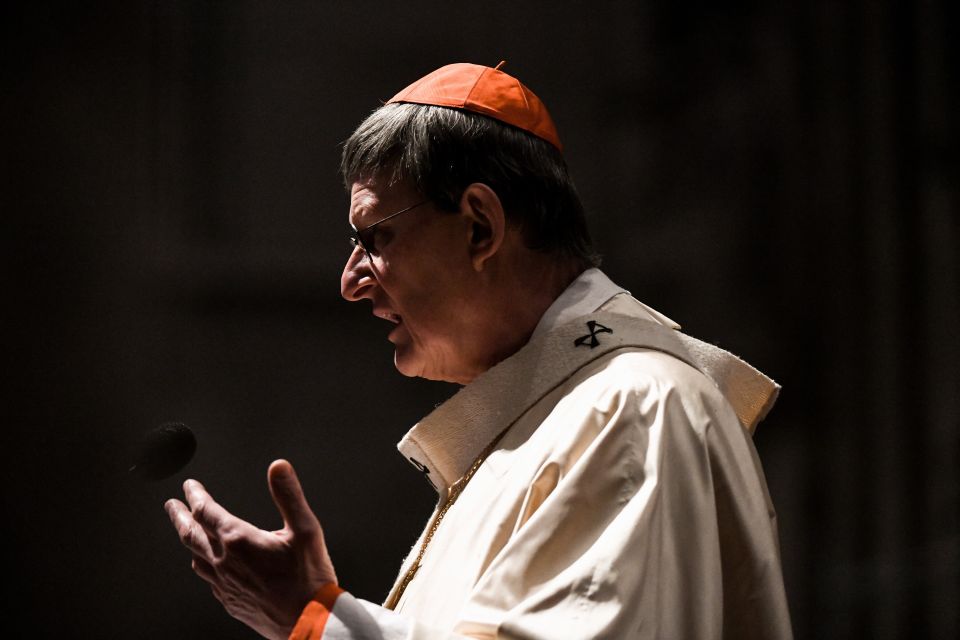 Cardinal Rainer Maria Woelki of Cologne, Germany, is pictured during a service in the Cologne cathedral in this Feb. 2, 2021. (CNS photo/Harald Oppitz, KNA)

BERLIN — The head of the German Bishops' Conference on Monday pressed for a quick decision from Pope Francis on the future of a prominent archbishop who faces strong criticism for his handling of the church's sexual abuse scandal.

Cardinal Rainer Maria Woelki, the archbishop of Cologne, said that he had offered his resignation to the pontiff after returning from a months-long "spiritual timeout" last week.

The conservative Woelki has become a deeply divisive figure in the German church after triggering a public furor over his handling of reports on how church officials in his archdiocese dealt with abuse cases. In September, the Vatican said that Francis had decided to give him the timeout after he made what it termed "major errors" of communication.

Woelki last week asked for the faithful to "give me — no, us — another chance."

The head of the German Bishops' Conference, Limburg Bishop Georg Baetzing, said Woelki sent a "strong signal" with his offer of resignation but noted that the atmosphere in Cologne remains very tense.

Francis and the Vatican "now bear responsibility for this situation," Baetzing told reporters at the beginning of a regular meeting of German bishops. "And I think they won't be able to watch for long."

Baetzing said he hopes Woelki and the faithful in Cologne will be able to reconcile, but "otherwise the pope must act."

When the Legion of Decency Scared Hollywood

Leaving the busy city for the quiet of the woods

Aquinas vs. QAnon: What Catholics can do about conspiracy thinking