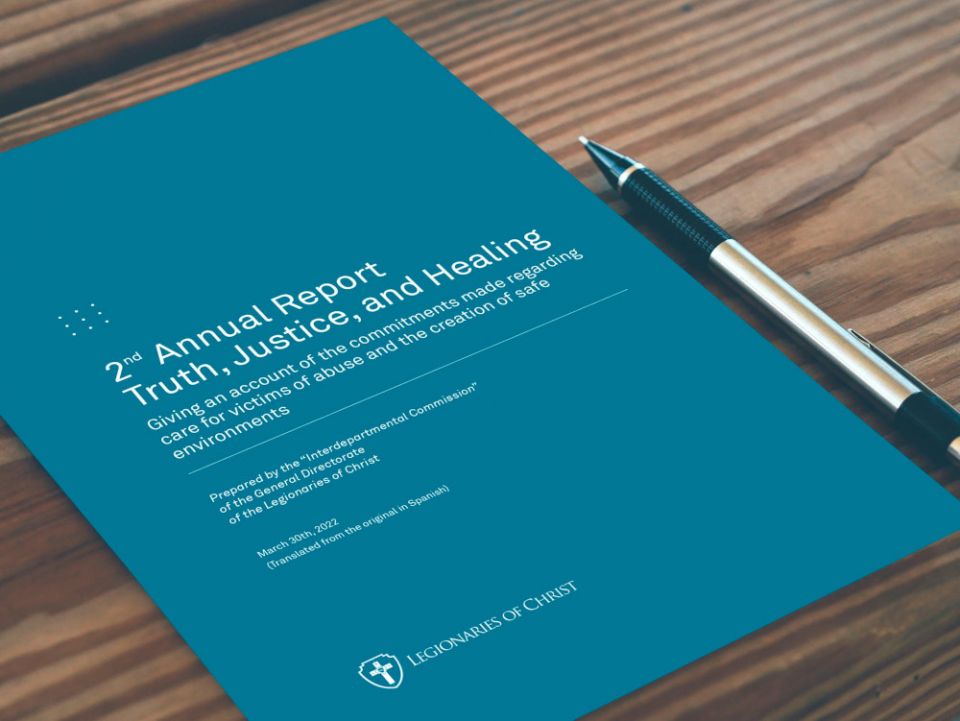 Rome — The Legionaries of Christ received four new allegations of sexual abuse against members of the congregation between March 2021 and March 2022, and new allegations also have been made against priests already undergoing canonical procedures after being named in previous reports.

The Legionaries' 2021 "Annual Report: Truth, Justice and Healing" was released April 6 with updates to their ongoing effort to "give an account of their commitments to the victims of sexual abuse since the publication three years ago (December 2019) of all cases from their history."

Since releasing its previous annual report in March 2021, the congregation received four new allegations, it said.

"One is awaiting the conclusion of civil and canonical proceedings. Three are under investigation prior to an eventual canonical trial," the congregation said on its site, 0abuse.org, which provides updated data on cases and documents.

The report said, "Furthermore, new claims, allegations and formal declarations have been received during the canonical proceedings of priests which had already been published in the previous reports in relation to events of past decades." It added that "a previous case mentioned in the 1941–2019 report is awaiting the results of a police investigation."

The 2021 report also noted that the congregation has created a permanent program of financial reparation for victims.

In 2021, it said, all countries where the Legionaries are present have developed safe environment policies that have either been accredited by an independent external body or are in the process of receiving accreditation.

The Legionaries of Christ "have proactively sought to reach out to victims and have begun pathways of healing with around 56 victims of the approximately 170 global victims" who were minors known to have been sexually abused by a Legionary priest, according to the report.

That leaves 120 known victims (67%) "with whom progress is yet to be made" when it comes to reparation and reconciliation, it added.

In 2020, they began working with Eshmá, an international organization that serves victims of sexual abuse, abuse of power or abuse of conscience in the Catholic Church.

As of early 2022, 31 people were receiving help from Eshmá. Of these 31 people, "19 came forward after the publication of the first Annual Report in March 2021," it said. Of these 31 victims of members of the congregation, 20 reported being abused as a minor and 11 had reported abuses of power and conscience as adults.

The 2019 report had said 33 of the 1,353 men ordained as priests of the congregation since its founding in 1941 had been credibly accused or convicted of sexual abuse of minors. The 2020 report revised the number down to 27 after concluding that: two cases might not have involved minors; one was not a case of sexual abuse according to the victim who had reported misconduct; three cases had yet to been verified.

The 2021 report put the total number of priests known to have committed sexual abuse against a minor as "28 cases verified," representing 2% of the 1,408 Legionary priests ordained since the congregation's founding. 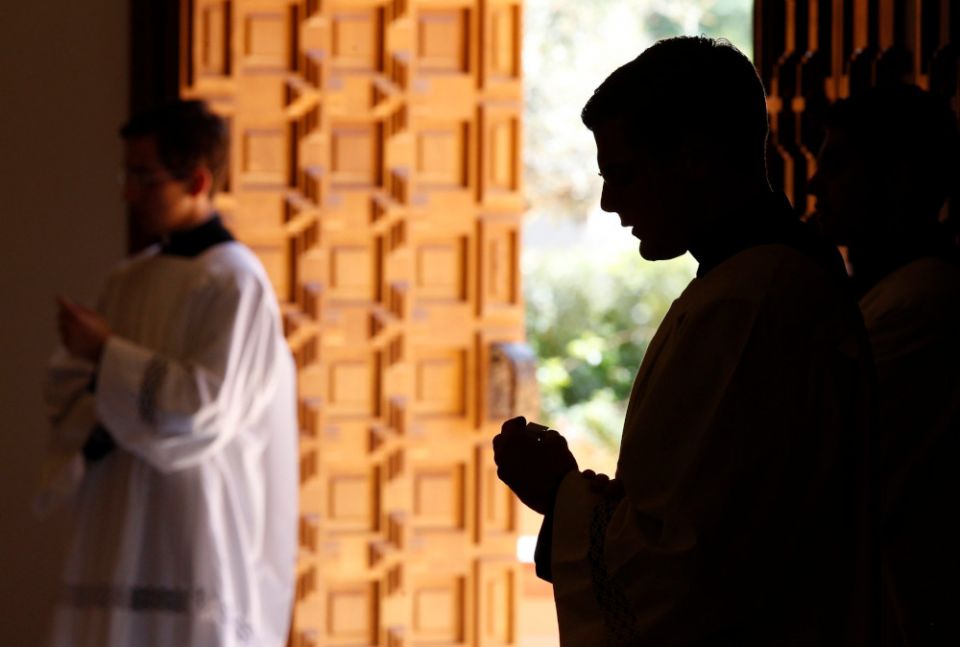 A Legionaries of Christ seminarian is silhouetted as he attends a Mass in the chapel of Regina Apostolorum University in Rome in this June 7, 2013. (CNS/Paul Haring)

All 28 cases have been presented to the Congregation for the Doctrine of the Faith "and dealt with according to their directions," with just five cases currently undergoing canonical proceedings. When it comes to civil proceedings, only three of the 28 have been convicted in criminal courts as the others were not prosecuted for various reasons, including the expiration of the statute of limitations.

However, the congregation noted that 60 of the 74 Legionaries (81.1%) that the 1941–2019 report "identified as allegedly abusing minors when they were novices or religious in formation were not ordained as priests in the congregation."

"It has been confirmed in the last three years that there are seven cases of Legionaries who abused as seminarians and were ordained priests. Of these cases, one has died, three are without public priestly ministry, and three have left the priesthood. Two of these seven also abused as priests," it said on 0abuse.org.

The Legionaries of Christ were founded in Mexico by Fr. Marcial Maciel Degollado, against whom allegations of sexual abuse and misconduct were raised frequently for decades — going back at least to 1954. However, it was not until 2010 that the Vatican announced its findings that Fr. Maciel, who died in 2008, had been guilty of "seriously and objectively immoral behavior" and "real crimes."

Pope Benedict XVI appointed a cardinal as pontifical delegate to the Legionaries in 2010 and the congregation began a process of institutional reform and changes to adopt measures to ensure the protection of children and to responsibly handle allegations of abuse against members.