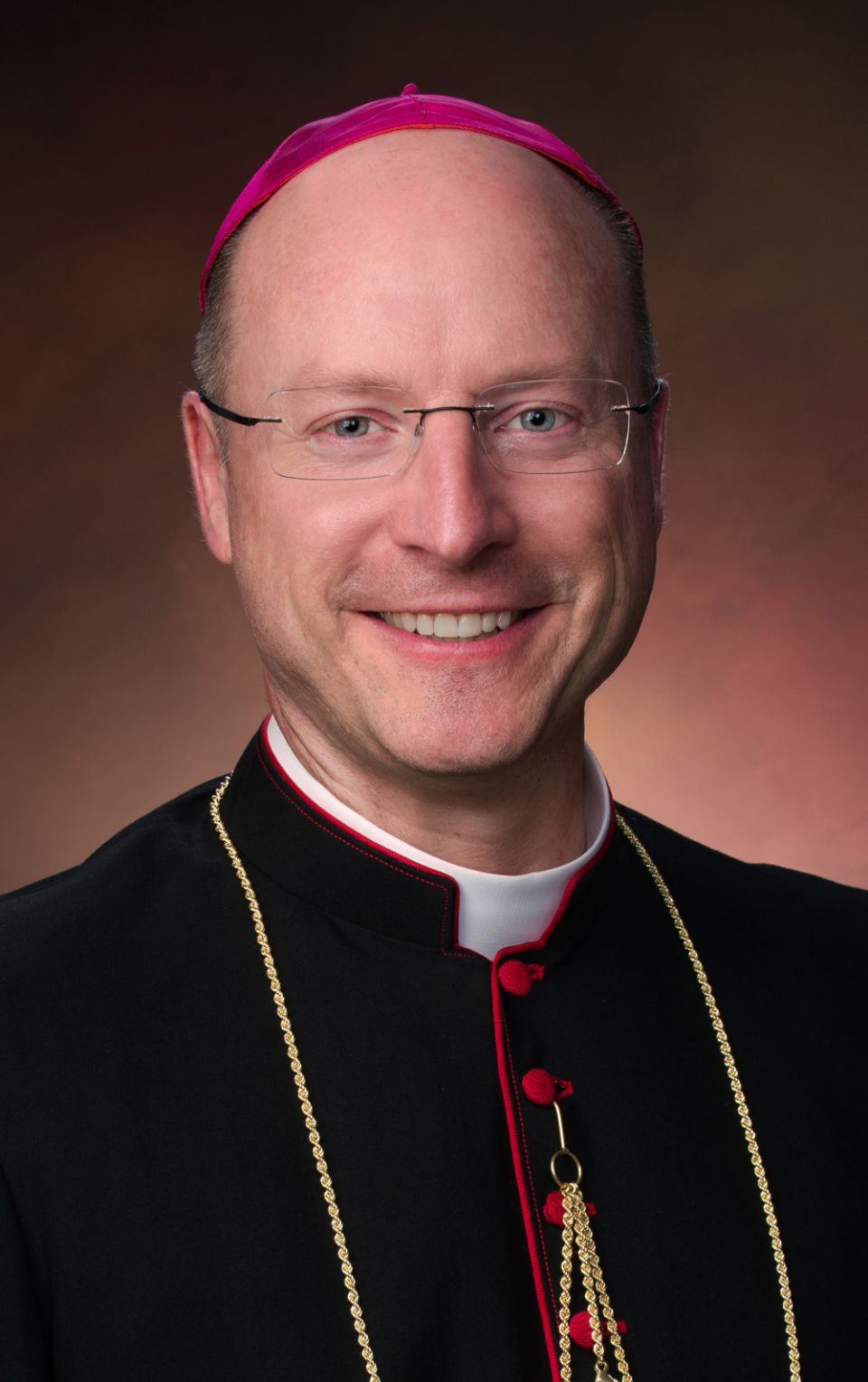 Washington — Missouri Bishop W. Shawn McKnight of Jefferson City came face to face with a victim of sexual abuse long before he was a bishop, when a friend in college confided in him about a rape.

That experience, as a friend of a person who has suffered similar trauma, seems to have shaped his approach as a vocal bishop denouncing the clergy sex abuse scandal, even if, at 50, he's one of the youngest and most junior members of the U.S. Catholic bishops.

"It is important for bishops to have meetings with survivors, to get to know their stories. It impacts you. How could it not?" he said during a May 6 interview with Catholic News Service, a few days after taking part in a national event that brought together more than 12 bishops, including him, and a small group of survivors on the campus of The Catholic University of America in Washington.

"I very much appreciated having that different kind of event than I'm used to having," he said, which often includes meetings with other bishops and officials focused on changes in protocols or implementation of policy.

Looking at the rawness of the situation, the human consequences of the clergy sexual abuse, past mistakes and the role of church members, he believes, is an important part of finding a solution.

"What may be part of the problem in the past, it may be a problem in the present," he said, "is a lack of awareness of the trauma that sexual abuse has on a person, a very young person. When you look at it only from perspective as a sexual sin, it doesn't capture the full tragic reality of what abuse is. Once you become more aware personally, of the damage, the woundedness, and the trauma that it causes, it just affects you in how you perceive things."

The recent meeting, which included a private talk open only to survivors, their families and prelates, brought to the forefront a particular concern, he said, which is the need to tend to an entire group of people, of which the survivor is the primary, but not the only victim.

"I think that's one of the growing areas of concern, is the element of the people around the survivor, that they need to be tended to as well," he said, even though a path toward healing must first include listening and believing the person who was abused.

He characterized past attitudes toward some of those who were abused as a kind of "poverty in the world of the clergy," a "horrendous thing."

"We have, as a church, an obligation to those victims," he said.

But the church also has an obligation to those around the abused, he said, particularly to family members and even to respond to the healing of the parish itself.

"Some of them are dealing with feelings of guilt, (such as) why didn't they prevent this from happening?" he said, and as someone who been in those shoes before, as a friend, he knows the feelings that pop up.

"You want to help. You want to defend. You want to limit the pain and the suffering," he said. "You can't cure it. You can't solve it for them, but you can be present for them. That's all they want. They want you to listen, to believe them, and to be with them, and not to be afraid to do that."

Halfway into his first year as bishop last year, he wasn't afraid to make his voice heard, rebuking those who knew and kept silent about accusations against former Cardinal Theodore McCarrick, the retired archbishop of Washington, that he had sexually abused children and later seminarians. The accusations later led to McCarrick's removal from the clerical state.

"This cannot continue, and I hope with God’s grace there will be a change of culture among the clergy," McKnight wrote in the diocesan newspaper The Catholic Missourian last August.

Bishops, he said, need to be more pastoral, "and less legalistic," that's why meetings such as the one he recently attended with other prelates can help them focus on the totality of the harm, and that it isn't limited to the person who was abused.

Every case is a little different, and though there's no cookie-cutter approach, there should a pastoral response for the entire parish, which experiences a collective pain.

"The parish itself needs to be tended to," he said. "When they lose a pastor because of a credible allegation, they are part of the abused as well because they have lost someone who they trusted, and they need to be tended to pastorally."