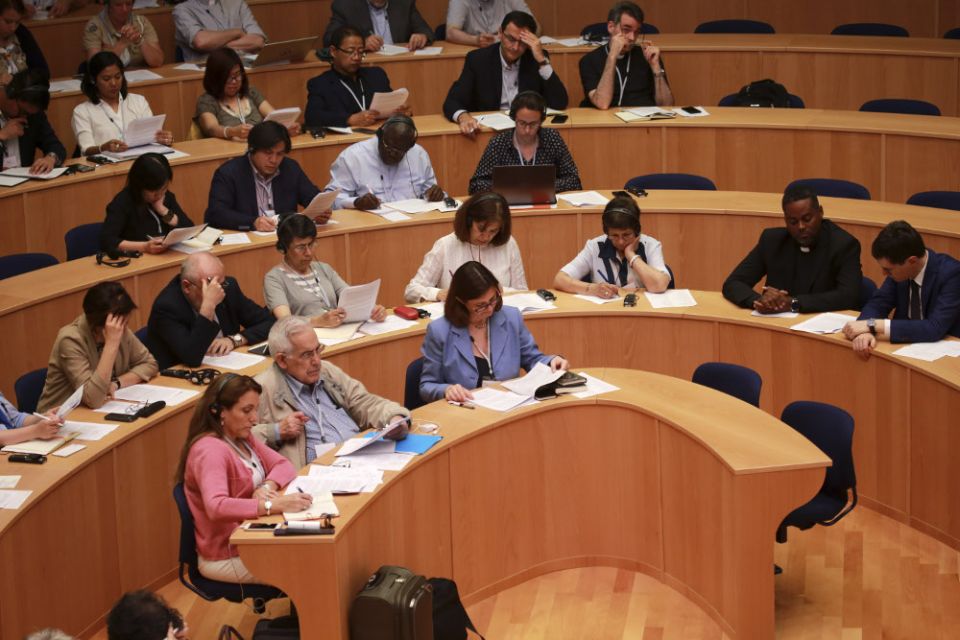 Vatican City — Millions of Catholics live their faith through their association with lay movements and Catholic groups, but some also have lost their faith when they were sexually abused in those groups and felt they had nowhere to turn.

While much of the church's recent focus has been on clerical sexual abuse and the accountability of diocesan bishops, the Vatican is making child protection a priority for new movements and lay associations, too.

The Dicastery for Laity, the Family and Life brought together close to 100 representatives of Catholic associations and movements for a meeting June 13 on abuse prevention and procedures for reporting and handling allegations.

Cardinal Kevin Farrell, prefect of the Vatican office, told the representatives that by the end of December every movement and association in the church must turn in formal guidelines and protocols for reporting and preventing cases of abuse.

Catholic movements and associations for laypeople, which are given official recognition through the cardinal's office, were told in May 2018 to draft abuse guidelines. Too many of the groups either did not respond or submitted inadequate protocols, he said.

Farrell said some Catholics in some parts of the world think holding another meeting about the abuse crisis shows that the scandal has become "a fixation," "an unhealthy obsession" or "a pesky exaggeration."

"In truth, the logic is exactly the reverse," he said. "It is the sexual abuse of power (and) of conscience that is an evil, an unhealthy obsession, a real manipulation, that suffocates and frustrates even the best pastoral plans, obscuring the good that the church accomplishes."

Developing protocols is only part of the process of "purging" the culture of abuse within the church, he said. The church also needs a "change of mentality" to eradicate the sense of "taboo" that often led survivors of abuse to keep quiet and caused many laymen and laywomen to look the other way.

Linda Ghisoni, undersecretary for laity at the dicastery, read out the testimonies of three anonymous members of lay movements who suffered abuse and were further harmed by their group's sense of "omerta," a term that refers to the Mafia's code of silence.

One survivor wrote that while it was difficult to speak about the abuse while still being a part of the association, she understood that her "silence aggravates guilt and hinders the truth, making me an accomplice of evil and sin."

Another survivor, who was abused by two priests — one of whom was supposed to help her recover from her first abuse — said she felt she no longer had "access to God."

She also said that she and others who have denounced abuse are targeted by critics, including "some bishops who continue to repeat that one of those priests is so good."

"It is a new betrayal that comes from within the church," the survivor's statement said. "These people are, in my eyes, howling wolves who penetrate the fold to further frighten and disperse the flock while it should be them, the shepherds of the church, who should take care of the littlest ones and protect them."

To listen to such testimonies of abuse, Ghisoni said, "is not a way of indulging some morbid curiosity, nor an exercise in pity, but involves our honesty and brings us to an encounter with the flesh of Christ that is inflicted with wounds that, as Pope Francis has repeatedly maintained, never disappear."

Because of their great influence on members' identity, formation, growth and freedom, Ghisoni said, lay movements and associations must have clear rules and regulations to prevent abuse and allow members to report without fear of retribution or exclusion.

Ghisoni warned that groups that boast of strict orthodoxy often have an authoritarian and restrictive managerial style, one that does not include members in decision-making, thus spreading "subliminal messages that excludes those who criticize."

Other groups that have no real structure and lax rules are equally at risk of creating an environment where sexual abuse can thrive, she added. 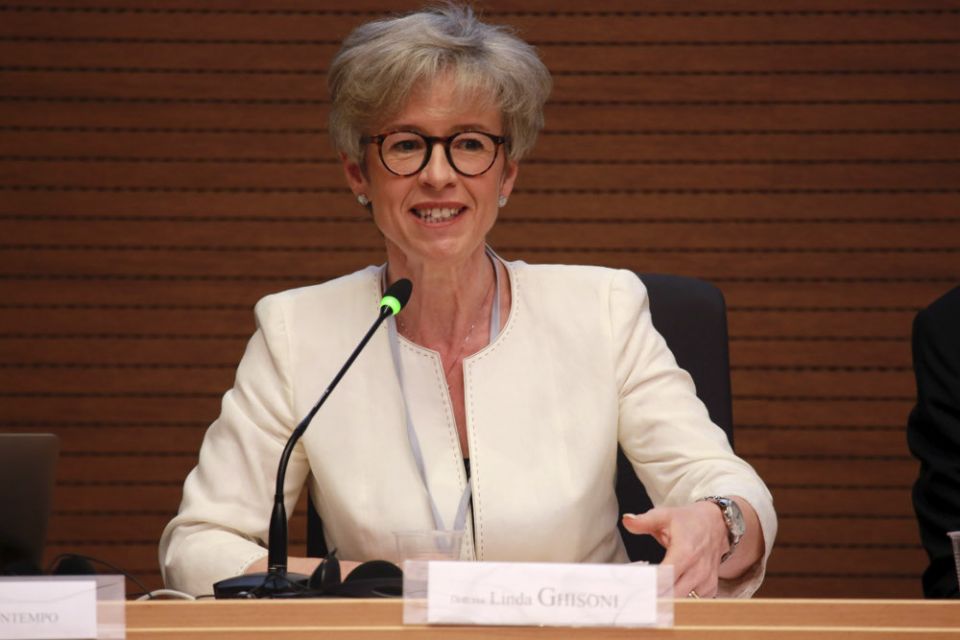 Linda Ghisoni, a canon lawyer who serves as a consultant for the Congregation for the Doctrine of the Faith, speaks during a meeting sponsored by the Vatican's Dicastery for Laity, Family and Life in Rome June 13, 2019. The dicastery brought together representatives of lay movements and associations to review child protection policies. (CNS/courtesy Dicastery for Laity, Family and Life)

"Unfortunately, we see it every day: Institutions and ecclesiastical entities who were believed to be close to church doctrine and waving the banner of orthodoxy today are under investigation for abuse," she said. "The other extreme is represented by disorganized institutions in which there is too much fluidity, there is no precise regulation and above all, no clear points of reference."

Lay movements and associations, he said, have six months to "make sure that at every level of your movement's apostolate and its community life, these pathways for reporting are clear, are known and are staffed with competent people."

Lay movements and associations are obliged to comply with state, civil and church law on reporting abuse cases to police and to church officials, he said.

Milligan also insisted the groups understand who is considered a "vulnerable adult" when it comes to abuse.

Seemingly "consensual sexual activity between adults can, because of the state of mind or the situation of one of the persons, actually be a situation of sexual abuse," Milligan said. Such abuse, whether committed by a cleric or a lay person, is punishable in canon law.

While the church "has much, much more to do in this field," he added, lay movements can play a pivotal role in showing how to respond pastorally to abuse survivors.

Church movements, Milligan said, "are part of how the church, as a whole, attempts to authentically respect and care for the people of God and in doing so give an evangelical witness that rejects sin and embraces holiness."