Clericalism is key issue, but problem lies within Catholicism's foundation 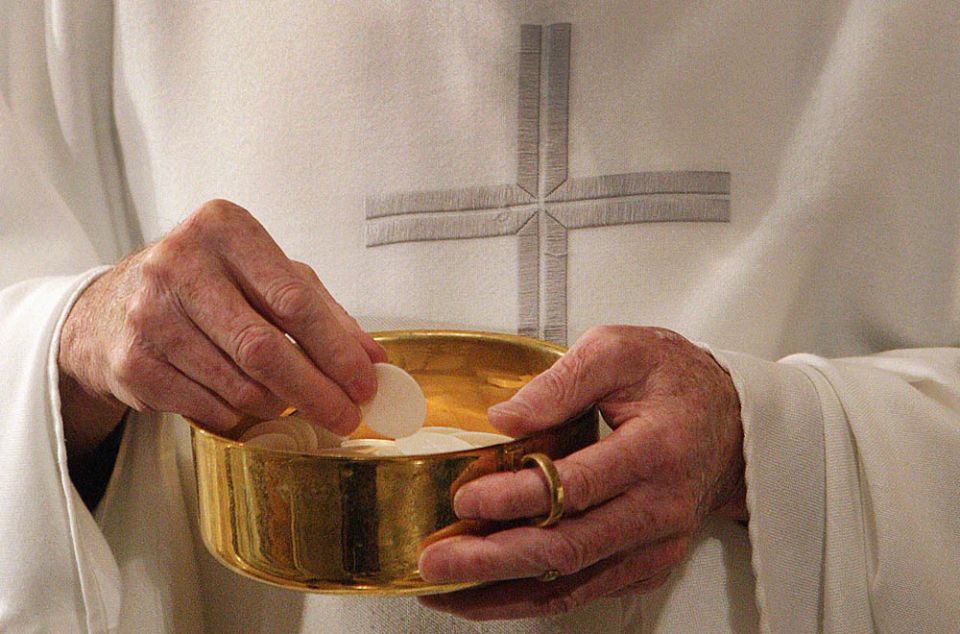 Theodore McCarrick's alleged flagrant and repeated abuse of power over those in his employ (not forgetting his abuse of a minor, but focusing on the workplace cases for the moment) raises the specter of clericalism and begs change.

Theologian Fr. Bryan Massingale agrees with Chicago Cardinal Blase Cupich that a sense of entitlement prevailing among some ordained men could be conducive of exploitative behavior. Both agree that the issue is not whether the men are gay or straight (or, I would add, something beyond that binary), but that they have, by reason of their clerical status, access to privilege and power within the ecclesial community that can insulate them from accountability.

Massingale and Cupich cite clericalism as the problem. I concur to an extent, but I think the problem is deeper, indeed foundational, rooted in the very bifurcation of clergy and laity that grounds the Roman Catholic institution.

This clergy/lay, top-down structure conditions relationships and functions in the church. The Catechism of the Catholic Church says ordination "confers an indelible spiritual character" on a priest that "cannot be "repeated or conferred temporarily" and "mark[s] him permanently" (1583). A priest is seen as ontologically different from a layperson. His place in the hierarchical structure reflects this difference. His roles as a sacramental presider and as a decision-maker are contingent on it.

Moreover, in dioceses and orders, the institution that pays, feeds and eventually buries him is built to maintain its own well-being as well as his; he is expected to exhibit similar loyalty to the institution.

No wonder bishops and superiors have reassigned, covered up and otherwise protected clerical criminals. That is simply how the system works, not some rare, anomalous case as I expect any honest participant would affirm. The Pennsylvania disaster is proof positive. But it can be fixed. Even if all of the U.S. bishops were to resign (be fired from) their posts and be replaced with yet more clerics, I predict that little would improve. The structure, not just individuals who err, is the problem and structures can be changed.

Ordination is the bright red line that divides in this schema. Imagine a pyramid with a line drawn just shy of the top peak. That is where clerics reside in the ecclesial system. Their numbers are well below 1 percent of the billions of Catholics, yet this system ultimately divides the community into vastly unequal strata.

Catholic feminist biblical theologian Elisabeth Schüssler Fiorenza has usefully called it "kyriarchy" to signal the many forms of "lording it over" that accrue to those with race, gender, class and more, and in this case, clerical privilege. It is the structure and not just the abuse of it, the clerical/lay system, not simply clericalism, that is at issue.

The McCarrick case makes this glaringly obvious. As Jesuit Fr. Thomas Reese has noted, "The normal ecclesial punishment for priests who abuse children is expulsion (laicization) from the priesthood."

In other words, the worst that can happen to McCarrick is that he will be laicized, that is, demoted from his clerical perch.

To be clear, for his many and varied alleged transgressions, the worst thing that can happen is that he will become like most of us, expected to live a decent life without clerical status. He will become once again as he was when he was baptized, namely, a layperson.

I daresay there are worse fates, harsher punishments.

Of course for laicized priests there are other consequences, mainly economic and reputational. But they all are rooted in the same structure.

The language used by the Congregation for the Doctrine of the Faith is not accidental in spelling out the norms for "reduction [my emphasis] to the lay state with a dispensation from the obligations connected with sacred ordination." The demotion is meant as such. I am sure it would be experienced that way by people like McCarrick, whose decades of unfettered access to children, assumption of personal virtue without evidence, and untold opportunities to engage in religious, political and social discourse condition them to unrealistic senses of themselves.

But when all is said and done, in church circles, priests' most heinous crimes and most egregious breaches of trust consign them to lay status, where the rest of us live our entire lives. Something is radically wrong with this picture.

It is not my intent to charge and convict Theodore McCarrick (now carefully called "archbishop" instead of "cardinal" by his fellow ecclesiastics, a subtle reminder that he has lost only the one title he gave up, not his clerical privilege, including meal ticket). Rather, I mean to indict the whole ecclesial system that creates the conditions for such inequality. The system is unfair to all, albeit differently depending on one's position, including even McCarrick in his dotage.

The good news is that we do not start at ground zero to construct postmodern Catholicism. Many groups — base and/or intentional Eucharistic communities, women-church groups, Dignity chapters, and others — have been living out per force new ways of being church for decades. The sacramental theology and ecclesiology necessary to dismantle the hierarchical system and replace it with egalitarian, function-based, globally connected structures that conform to the Gospel is already in the literature.

These new models meet the needs of contemporary, and if there are to be any, future Catholics. That would be a legacy worthy of McCarrick's best moments as a human being without erasing his failings as a cleric. Then we can sing "All Are Welcome" and mean it.

'Vos Estis' expires in one year. What works and what changes are needed in version 2.0?