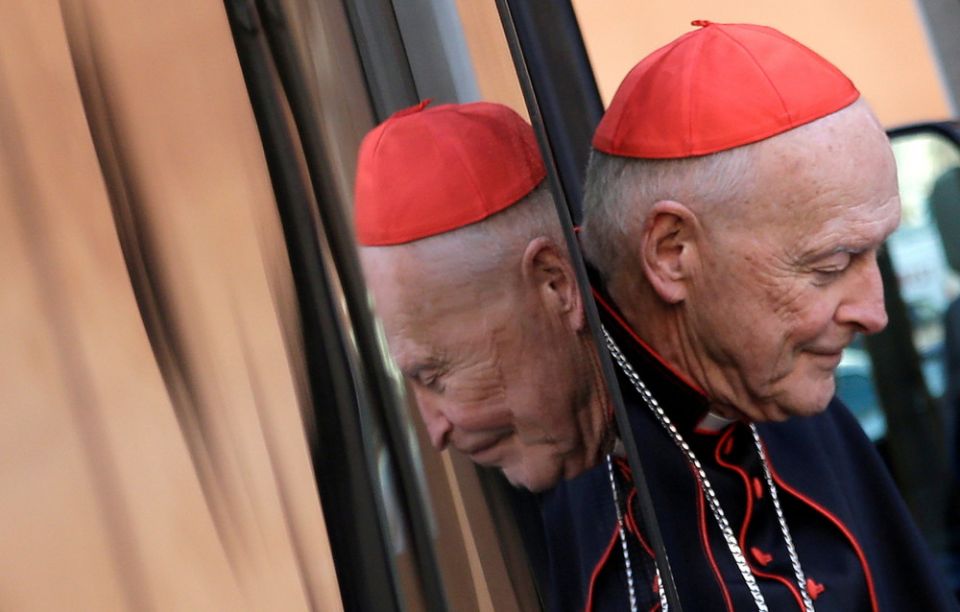 The sex abuse scandal involving former Cardinal Theodore McCarrick has always been disturbing in at least two ways: the alleged abuse itself and the idea that an abuser could rise so high in the Catholic hierarchy.

The failure of the Vatican vetting process to take seriously multiple allegations over decades suggests incompetence; appointing the subject of those allegations to be the cardinal archbishop of Washington, as McCarrick was, is equivalent to the FBI clearing an enemy agent for a U.S. Cabinet post.

Worst of all, the Vatican report on McCarrick, released Nov. 10, reveals that at least three bishops knew of his abuse and did nothing. This is a sign that clericalism was at work as much as incompetence.

It makes one wonder how many other accusations against bishops were treated in the same way.

The report also reveals how difficult it is to hold abusers accountable without the testimony of their victims. Victims must be honored, respected and encouraged to come forward if the church wants to root out abusers.

The child abuse occurred when McCarrick was a young priest in the 1970s, but the victims did not come forward until almost 50 years later. Once victims came forward, Pope Francis quickly instructed Cardinal Timothy Dolan, archbishop of New York, to investigate. When the allegations were found convincing, the pope made McCarrick resign as a cardinal and dismissed him from the priesthood in 2018.

While McCarrick's abuse of minors was not uncovered until the papacy of Pope Francis, allegations of McCarrick sleeping with young adults, including seminarians, appeared when he was being vetted to be archbishop of Washington. Prior to that, the report says, "no credible information emerged suggesting that he had engaged in any misconduct."

Granted that he was already sleeping with seminarians in Metuchen, it is shocking that nothing turned up when he was vetted for Newark. Either the wrong people were asked, or they did not report his bed sharing. Once again clericalism triumphed.

Before he was elevated to the Archdiocese of Washington, anonymous letters accused McCarrick of pedophilia with "nephews," a term he publicly used for minors and seminarians with whom he was close. By this time, the report states, McCarrick "was known to have shared his bed" with young adult men and seminarians.

But no victims and only one witness of sexual misconduct had come forward. The witness, a priest, was discredited by his own abuse of minors. 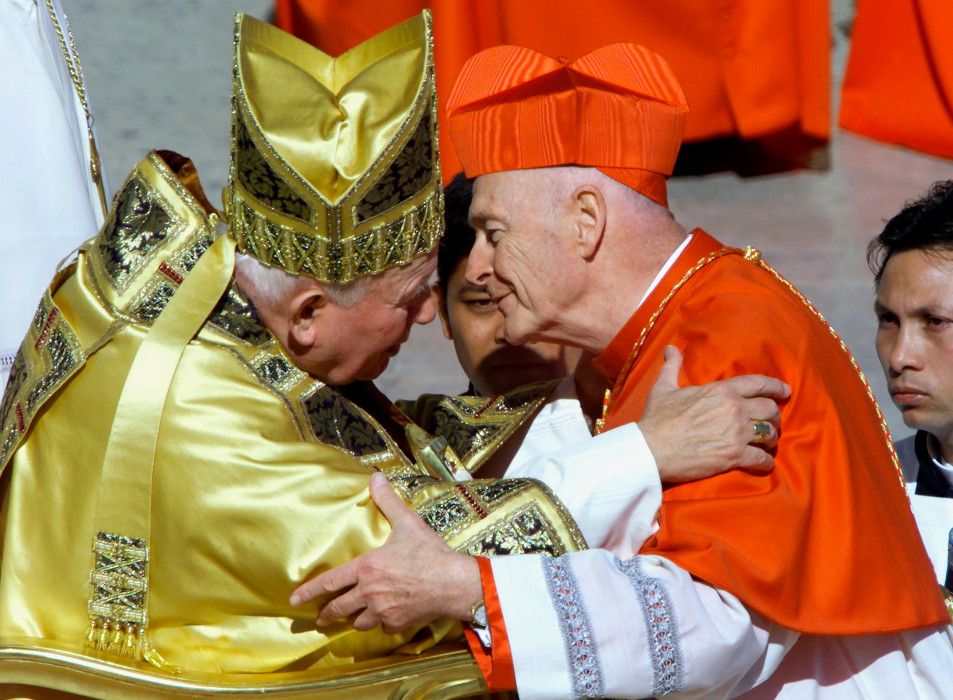 Cardinal John O'Connor of New York warned Pope John Paul II against advancing McCarrick to Washington. Archbishop Battista Re in the Secretariat of State and Cardinal Lucas Moreira Neves, head of the Congregation for Bishops, also opposed his promotion.

Even though they didn't believe the allegations had been substantiated, they worried they would become public and hurt the church. Sadly, none of the documents express great concern for the victims.

These misgivings stopped McCarrick's advancement at first, but John Paul changed his mind after receiving a letter from McCarrick defending himself. Re, who succeeded Neves as head of the Congregation for Bishops, also changed his mind, probably because he knew John Paul wanted it.

John Paul simply could not believe the accusations against someone he had known and befriended since the mid-1970s. He also respected McCarrick's outstanding work for the church.

Failing to properly investigate rumors about McCarrick was a sign of both incompetence and clericalism.

The report says the Vatican attempted to investigate the rumors by contacting bishops in New Jersey, rather than hiring a trained investigator. Although the investigation confirmed "that McCarrick had shared a bed with young men but did not indicate with certainty that McCarrick had engaged in any sexual misconduct," the Vatican found a way to ignore it.

The report acknowledges that three of the four New Jersey "bishops provided inaccurate and incomplete information to the Holy See regarding McCarrick's sexual conduct with young adults."

Bishop Edward Hughes, McCarrick's successor in Metuchen, did not pass on reports from seminarians and priests who told him they had been abused by McCarrick. Bishops James McHugh of Camden and John Smith of Trenton even witnessed McCarrick sexually touching a seminarian at a dinner party but never reported it, the Vatican said.

Without negative testimony from bishops or victims, "the accusations against the prelate," as one nuncio concluded, "are neither definitively proven nor completely groundless."

The refusal of these bishops to come forward is outrageous. They are deceased so they cannot be punished, but their names should be removed from any church facilities honoring them. It was their support, as well as many bishops', that weighed heavily in McCarrick's appointment to Washington. 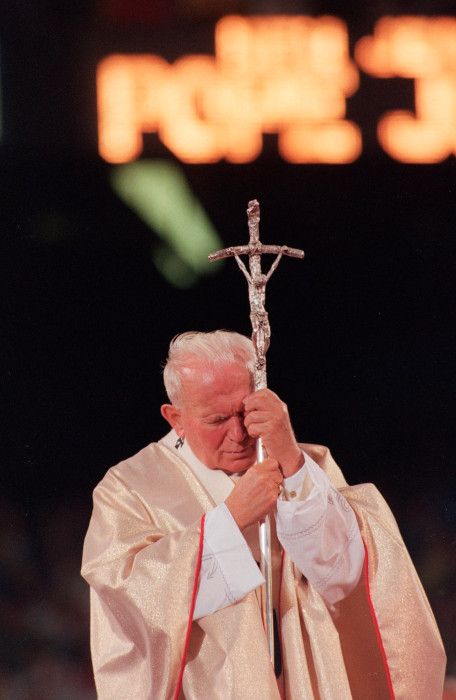 If John Paul and the Vatican knew that McCarrick had a habit of sharing his bed with seminarians, his career should have been over. Even without sexual contact, this was grossly inappropriate.

The Vatican appears to play down his misconduct by noting that his victims were adults, not minors, but the fact that they were seminarians makes it an abuse of power. If he had simply picked up willing young men in a bar, that could be forgiven. His preying on those under his authority disqualified him from being a bishop. Again, one wonders how many other bishops received similar clemency.

The willingness of John Paul to advance McCarrick shows the corrupting influence of clericalism.

John Paul had a blind spot when it came to clergy sex abuse because he had seen how Nazi and communist governments in Poland would use such accusations against good priests. He could not believe that McCarrick, who had done so much for the church and had been a loyal friend, could be an abuser. He also refused to listen to complaints against the Rev. Marcial Maciel, the founder of the Legionaries of Christ.

Others also failed to uncover McCarrick's infractions. Reporters from The New York Times, The Washington Post and The Star-Ledger in Newark had heard the rumors about McCarrick but could never get anyone to go on the record. Even the federal government missed the signs when investigating him for a security clearance.

While it does not answer all my questions, the McCarrick report is a huge step forward in transparency. It relates in great detail, with copious quotes from letters and document, the process by which McCarrick was vetted.

While the church has made great strides in protecting children, the McCarrick scandal indicates the need to also protect seminarians.

For example, every seminarian in the church should be asked at least once a year whether he has experienced sexual abuse or harassment. This interview should be done by someone independent of the seminary and the diocese.

Cardinals Re, Sandri elected to top posts in College of Cardinals