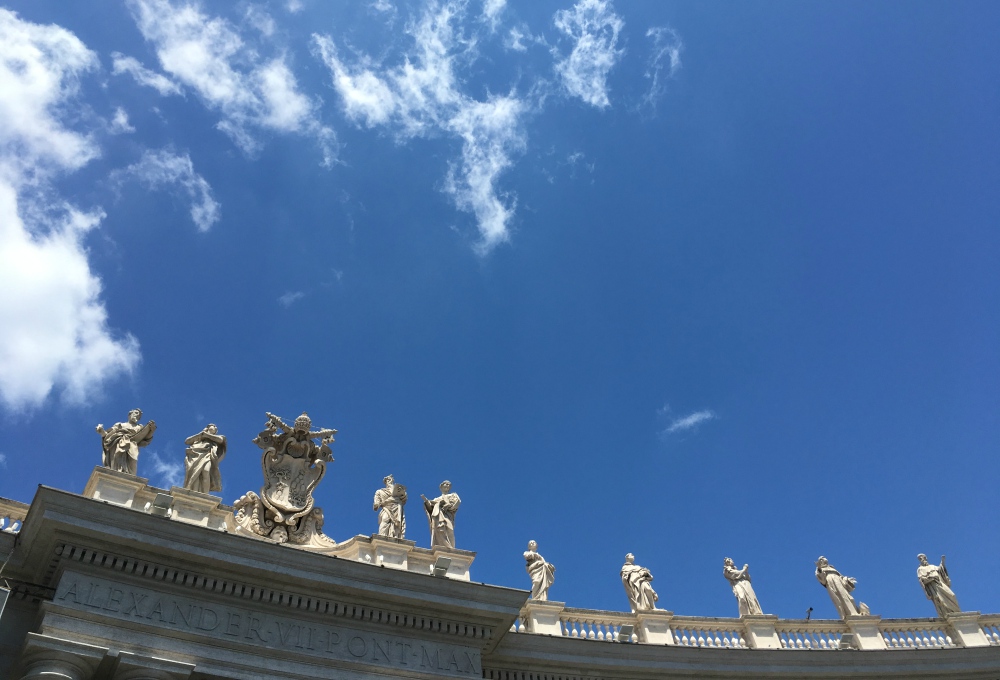 The McCarrick report, released Nov. 10, attempts to describe how former Cardinal Theodore McCarrick rose through the ranks of leadership in the church despite his abuse of children and vulnerable adults, mostly seminarians. The shorthand for its charge: "Who knew what, and when?"

Although primarily focused on popes, bishops and other church leaders, the report also briefly considers the role of journalists in exposing — or, in this case, not exposing — this particular story.

For those who did not read all 461 pages — and all 1,410 footnotes — I can tell you that the National Catholic Reporter is mentioned in four footnotes, referencing articles we have published about sexual abuse, including an interview with McCarrick, in Rome, by current Vatican correspondent Joshua McElwee in 2014.

Three of those footnoted articles were by NCR's former Vatican correspondent John Allen, who is now editor of Crux, the now-independent Catholic news website initially launched as a project of The Boston Globe.

But it is Allen's comments in the text of the report that caught my eye. In Part B of Section 19, covering "Journalists' Investigations Regarding the Beach House (April to May 2002)," the report notes that reporters from The Washington Post, The New York Times, the Newark-based Star-Ledger newspaper, and NCR had heard rumors about McCarrick during this time, but did not publish stories because they could not find sources to speak to them to confirm the rumors.

Allen, like the other journalists interviewed in the report, explained that a journalist could not move forward with "second-hand hearsay."

But then Allen indicated that the fact that McCarrick was a "newsmaker" was a reason for his not pursuing the story: "If you go after somebody like this, especially a Cardinal, you lose him, and probably any of his friends, as a source."

He goes on to explain in the report: "The problem for journalists — all journalists — is that we are invested in treating our sources as important. To sell news, which is what we do, we have to convince people that those we are covering really matter. So, we build them up in some ways as being titans of the earth, even though we know, at another level, it may involve a lot of smoke and mirrors ... So, when you have a guy who is not just smoke and mirrors, who is smart and effective and willing to be pretty open with the press, you just don't want to believe that they would be doing something so stupid as sleeping in the same bed with seminarians."

No, John: not all journalists.

For the record, in 2002, I was an editor at U.S. Catholic magazine and had not heard the rumors about McCarrick, as my beat focused primarily on women's issues.

Nor was protecting hierarchal sources the practice at NCR — which of course has the sad honor of having been the first publication, Catholic or secular, to publish a national, comprehensive report on the sexual abuse of minors by Catholic clergy in 1985.

I contacted Tom Roberts, who was Allen's editor in 2002. In an email response, he said:

I read the section of the report quoting John Allen's comments to investigators and can say with confidence that his depictions of a journalist's approach to sources was one he developed independently from the working realities at NCR during the period referenced. No one then or now is "invested in treating our sources as important" nor was there ever any strategy to "build them up in some ways as being titans of the earth." Those ideas are Allen's journalistic constructions, not NCR's. By 2002 our files were already bulging with investigative pieces that paid no regard to manufacturing reputations for sources, and demonstrated a thorough knowledge of the abuses of power occurring.

He is correct that at the time, 2002, many of us had heard rumors. I was NCR editor at the time and consulted with long-time church watchers, some of whom were working as plaintiffs' experts in sex abuse cases, as well as church officials. The rumors were in the air but at the time, if there were documents they were not public, and we could find no one with direct knowledge who would talk for attribution.

It was also a moment when so much else was going on. In 2001, for instance, NCR broke the story (Allen was one of the writers) about nuns being sexually abused and raped by priests in Africa and other areas of the world, a report that earned us no points with the hierarchical culture, no matter how friendly. And then the Boston Globe shined the light on the systemic abuse and cover up in the Boston Archdiocese. Very solid stories with named sources and documentation were emerging again everywhere. Given that reality, chasing rumors and responding to online "reports" that lacked credibility and relied on unnamed sources were a low priority.

As Roberts' successor, I can assure you that my job is to pursue the truth, not "sell the news." In its 56-year history, NCR has found that the best business model is to inform the public what it needs to know.

And if NCR protects any sources, it would be in the journalistic ethical tradition of providing anonymity for those who provide information for stories in the public interest, but who fear professional or even physical reprisals — such as victim survivors of clergy sexual abuse. We protect sources from the powerful, not the powerful themselves.

Allen was a longtime employee of NCR. But in the McCarrick report, he speaks for himself, not for us.

This story appears in the The McCarrick report feature series. View the full series.
A version of this story appeared in the Nov 27-Dec 10, 2020 print issue under the headline: The record on NCR and McCarrick coverage.