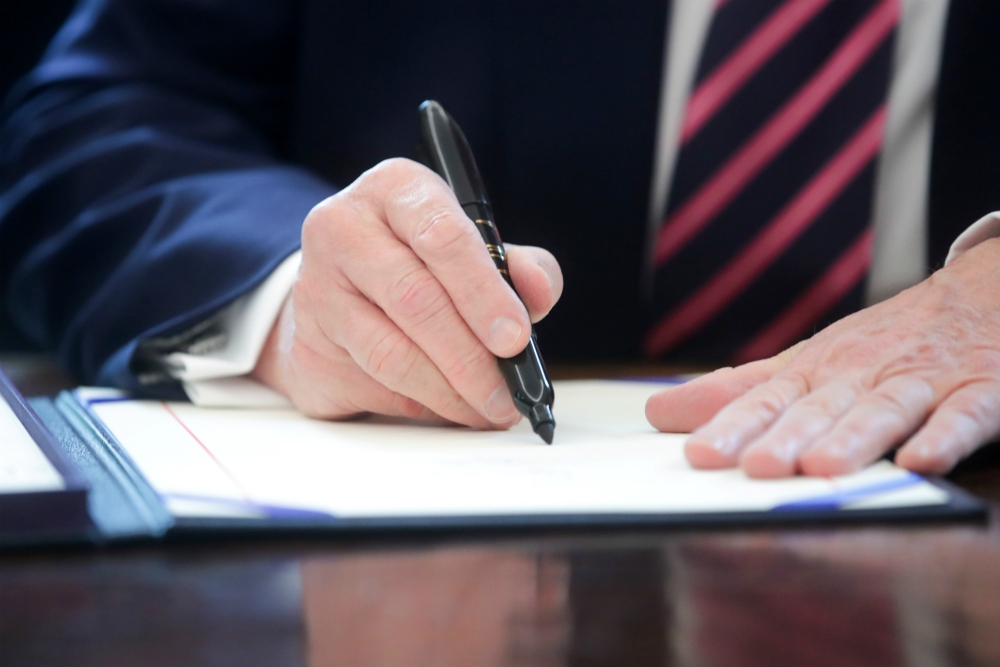 Not being a financial guru, this column takes me a bit outside my comfort zone.

I am willing to venture there in order to complicate the thinking of those who take at face value a recent widely distributed — and in my view distorted — Associated Press article linking coronavirus paycheck protection assistance to payouts for clergy sex abuse by Catholic dioceses.

Admittedly, the AP piece is mostly highlighting the coordinated (they called it aggressive) efforts by church officials — including Catholic lobbyists — to help Catholic schools, parishes, dioceses and nonprofits access financial assistance for their employees.

On July 11, the chair of the U.S. bishops' domestic policy committee, Oklahoma City Archbishop Paul Coakley, responded to the article:

The Catholic Church is the largest non-governmental supplier of social services in the United States. Each year, our parishes, schools and ministries serve millions of people in need, regardless of race, ethnicity or religion. … These loans have been an essential lifeline to keep hundreds of thousands of employees on payroll, ensure families maintain their health insurance, and enable lay workers to continue serving their brothers and sisters during this crisis.

The Associated Press reporters, Reese Dunklin and Michael Rezendes, portrayed the Catholic Church as a giant multinational corporation with billions of dollars and hundreds of thousands of employees who (apparently) don't need financial help during the pandemic. Therefore, Catholic parishes and schools should not qualify for U.S. paycheck protection loans because only nonprofit entities with under 500 employees qualify.

But this caricature misrepresents the decentralized nature of dioceses and parishes. There are 17,000 parishes in the U.S. According to Patrick Markey, executive director of the Diocesan Fiscal Management Conference, most of these have a priest-pastor or lay administrator, a business manager, a receptionist, a liturgical minister and one or more catechetical ministers. Many if not most parishes average five to six employees, although large parishes could have more, especially those with Catholic grade schools.

Our government was concerned to sustain our economy by protecting all U.S. employees from impending financial ruin brought on by a horrendous pandemic. Therefore, it took the unprecedented step of permitting nonprofit and faith-based organizations of every kind (Catholic, Protestant, even atheist) to access taxpayer-supported Paycheck Protection Program loans.

The Catholic Church should not be vilified for accessing a greatly needed government program that protects its employees.

Church employees — whose jobs are at risk — do pay taxes. Shouldn't they be given the same financial protections as other citizens?

Here comes the tricky part. Religious or faith-based organizations automatically qualify as nonprofits, and they may or may not choose to obtain 501(c)(3) (or similar designations) governing other nonprofits. These designations require annual financial accountability by completing a 990 tax form that is publicly available (more on this later).

While most Catholic entities have a separate employer identification number, not all do. For example, Markey mentioned one California diocese with a single employer identification number that covers all its parishes. This would put that diocese over the 500-employee threshold, rendering each of its parishes ineligible for a paycheck protection loan.

There was a need for the Catholic lobbying derided by the AP.

Which brings me to another point. Employees of Catholic parishes, schools and other nonprofits pay withholding taxes like anyone else (hence, the employer identification number). Much of the indignant reaction to the AP article from Catholics and others was along the lines of, "Well the church doesn't pay taxes so it shouldn't be accessing public funds."

Yet church employees — whose jobs are at risk — do pay taxes. During this unprecedented time shouldn't they be given the same financial protections as other citizens?

That said, it is instructive that in late April, Markey told NPR that he advises parishes not to apply if they don't need assistance: "As Christians, we don't just take money because it's available. If there's not a real need, it's not ethical. You can't take funds away from the small pizza place down the street just because it's available and you have more access to them."

My own parish, which is in a low-income neighborhood, did not apply for loan assistance. Fr. Doug Koesel told me, "We did not need the money. I have not laid anyone off, not even the music minister, or office manager when we were closed or had limited hours. We are paying all our bills. ... As you know, I never talk about money. We just do ministry here and people are willing to pay for what it costs to have a vibrant active parish."

Statistics compiled in late April by the Diocesan Fiscal Management Conference reported that just over half of U.S. dioceses (104 of 196) applied for assistance, as well as 8,000 parishes, 1,400 elementary schools, 700 high schools, 185 Catholic Charities agencies and 200 other diocesan organizations in 160 dioceses.

Despite the reasonableness of all of the above, it is painfully apparent that many Catholics (not to mention the public) do not trust the hierarchical church one bit.

The AP piece was especially critical of the New York Archdiocese. In April, Cardinal Timothy Dolan's public pandering to a president widely believed to be corrupt did nothing to build trust, and, if Steven Millies is correct, may have all but destroyed it.

Widespread suspicion of diocesan bishops continues to be fueled by our too-recent history of sex abuse cover-ups, money laundering by bishops and laity, a failure of accountability and most germane to the present topic, woefully deficient financial transparency.

Although efforts are underway to clean up diocesan malfeasance, it will be a long time before ordinary Catholics give bishops the benefit of the doubt.

Even as we acknowledge the need to protect church employees, how are we to know that the paycheck protection money is being used as it should be?

I am happy you asked!

First, to receive the paycheck protection loan and to have it forgiven requires documentation that the applicant meets all necessary criteria.

Second, to find out if your diocese, parish or organization received a paycheck protection loan of over $150,000, download an excel spreadsheet here.

Third, check out Voice of the Faithful's 2019 rankings for how transparent the financial statements posted on your diocesan website are.

Eight years ago, FutureChurch issued a Statement on Financial Accountability that, among other things, called on Catholics to demand that parishes, dioceses, Catholic organizations and the Vatican "implement the same standards of financial transparency and accountability required of all other non-profit organizations."

That may mean registering parishes and Catholic schools as nonprofit 501(c)(3) (or similar designation) organizations.

Certainly, it means asking church leaders "to support, or at least not to oppose, legislation requiring faith based organizations such as the Catholic Church to follow the same accountability and transparency regulations required of other non-profit organizations."

We must own our responsibility to hold Catholic institutions accountable. Otherwise, we risk being complicit in the misuse of money and even further violations of trust.

After reading the demoralizing AP article, my friend Koesel said: "Perhaps what is saddest of all is that the very idea of the church getting money to pay off abuse victims seems plausible by so many. What has the church's image and reputation come to?"

What has it come to, indeed. And what will we do about it?

[St. Joseph Sr. Christine Schenk, an NCR board member, served urban families for 18 years as a nurse midwife before co-founding FutureChurch, where she served for 23 years. Her recent book, Crispina and Her Sisters: Women and Authority in Early Christianity, was awarded first place in the history category by the Catholic Press Association. She holds master's degrees in nursing and theology. We can send you an email every time Christine Schenk's column, Simply Spirit, is posted. Go here to sign up.]