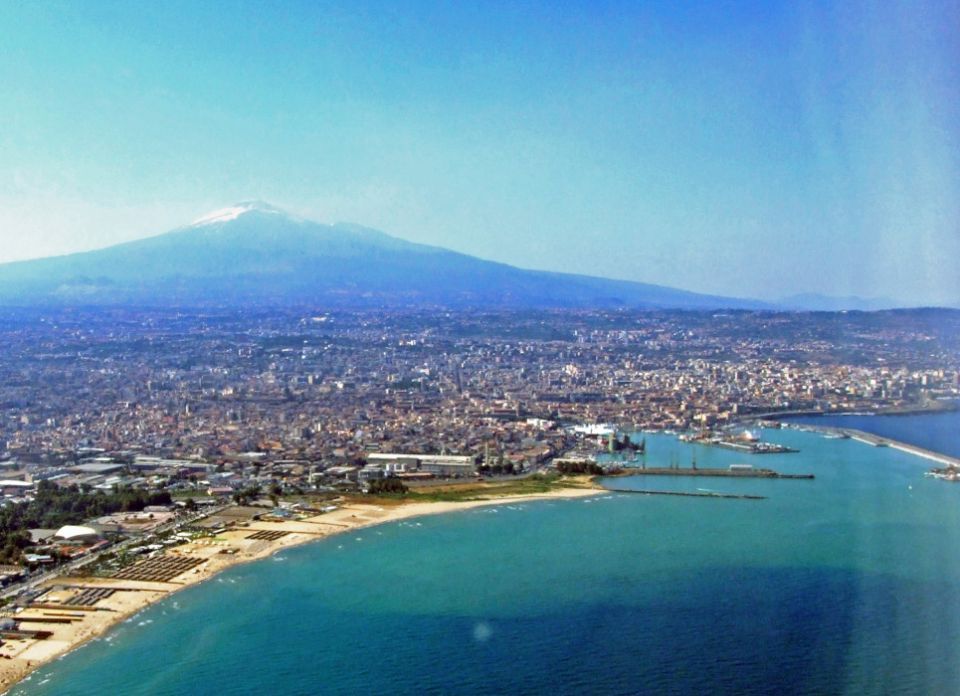 Capuana, 75, known as "the Archangel" by acolytes, is accused of delegating his associates to select and organize his targets, some as young as 11 years old. The accusers told Religion News Service that they would be called to a back room at the Cenacle, as the association's headquarters is known, after ceremonies in which Capuana would purportedly speak on behalf of the Holy Spirit. Behind closed doors, the young girls said, they would be instructed to bathe him and perform sexual acts.

Three of his closest associates, known as the "12 Disciples," are also charged, accused of organizing and facilitating the abuse.

Even after accusations that their leader was sexually abusing girls first emerged, few members believed them. When parents watched Capuana kiss their underage daughters on the lips or request solo dances with them, most were not concerned.

Members of the association, still loyal to Capuana, hissed and smirked at the accusers and their families in the courtroom. The large structure, made in the austere style of the fascist dictator Mussolini, dwarfed the small frames of the girls, but even behind their masks their eyes spoke determination. Above the entrance to the courtroom a relief of King Solomon peers down at passersby, his sword drawn to spill the blood of the innocent before the two competing mothers of the famous story.

"The law is the same for everyone" is written in large letters behind the judges, while a black cross looms over the attendants.

While the trial is taking place in Catania, a small city under the shadow of the volcano Etna, it has highlighted the Catholic Church's lack of oversight over lay Catholic movements, particularly the actions of their often charismatic leaders.

Founded 50 years ago by the Rev. Stefano Cavalli, a "spiritual son" of the revered Franciscan friar and saint Padre Pio, the association was little regulated by the local Diocese of Acireale. For years, according to the government's detention order against Capuana, Acireale's bishops dismissed accusations of abuse and attended ceremonies and events at the Cenacle, a word that in church circles refers to the room where Jesus and his Apostles met for the Last Supper.

The diocese has sided with the prosecution, participating as plaintiff in the trial and claiming in a document filed with the court that it played no role in administering ACCA, the association's acronym in Italian.

But at least one of the accusers, who asked to be identified as Maria, contended at the trial this week that the diocese has full knowledge of what went on at the Cenacle. "The church knew, and they've known for 40 years what the community was doing," she said.

"They claim it's to be close to the victims, but to this day I haven't heard anyone — not the bishop or the vicar or a priest — speak up," she added.

Capuana's lawyer, Mario Brancato, agreed the diocese can't simply wash its hands of Capuana. "For me there is a moral responsibility, if certain facts occurred," he said.

Brancato has tried to submit documents showing the diocese's involvement with ACCA, but on Tuesday the judges in the case reversed an earlier decision that the organization itself could be included in the trial as well as its leader. The prosecutor, Tommaso Tamburino, told RNS that a separate civil case against ACCA could still be filed later. 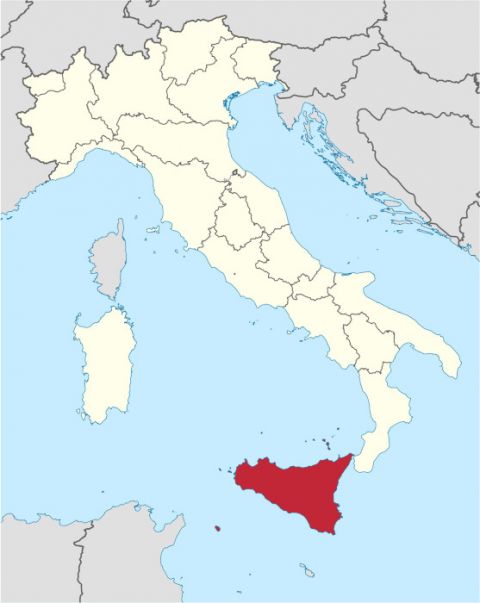 The island of Sicily, red, in southern Italy. (Courtesy of Creative Commons)

According to Tamburino, the decision was also an attempt to focus proceedings that already include numerous plaintiffs, including the diocese and advocates for abuse survivors and women's rights.

Since the sexual abuse crisis in the Catholic Church began, lay associations have been considered the Achilles' heel of the church's efforts to protect children. In Peru, an internal investigation of the lay group Sodalitium of Christian Life, recognized by the Vatican, found numerous cases of sexual and physical abuse of its members after abuse survivors came forward in 2015.

As in Capuana's case, the relationship between Catholic-affiliated groups and the Catholic Church blurred the responsibility for oversight and protocols for how children are treated. In February, L'Arche, an international organization dedicated to the care of people living with disabilities, was wrought in scandal when its founder, Jean Vanier, was accused of engaging in "manipulative sexual relationships" with six adult women.

Both L'Arche and ACCA had charismatic leaders who operated under Catholic principles but failed to implement Vatican regulations meant to ensure a safe environment for the protection of children and vulnerable adults.

In March, the Vatican department for Laity, the Family and Life issued new guidelines for Catholic movements that wish to receive official recognition from the Catholic Church.

The prefect of the Vatican department, Cardinal Kevin Farrell, told Catholic News Service that the church has been too quick to approve lay groups in the past. The new regulations, he said, will provide a more careful evaluation of the associations and ensure that they "have all these policies put in place."

More than 90% of lay associations subscribed to the new Vatican guidelines, but questions still remain about the 10% that didn't. For groups like L'Arche and ACCA, which present themselves as Catholic associations but are not effectively recognized by the Catholic Church as such, ensuring the protection of minors and vulnerable adults remains problematic.

Meanwhile, in Sicily, the accusers told RNS they feel "very disappointed" by the Tuesday hearing, especially since the association is no longer part of the trial, which also sets aside the diocese's responsibility in the case.

But there is still reason to hope, they said. A young girl and ACCA member, who had previously testified that she had never suffered abuse at the hands of "the holy man" Capuana, has recanted and told judges that she was also sexually abused. She will be called to testify, along with Maria, on Dec. 15.

The mother of one of the accusers said this turn of events will allow them to "arrive at the next hearing stronger and more confident."

"I'm not giving up," she said. "That community must close."