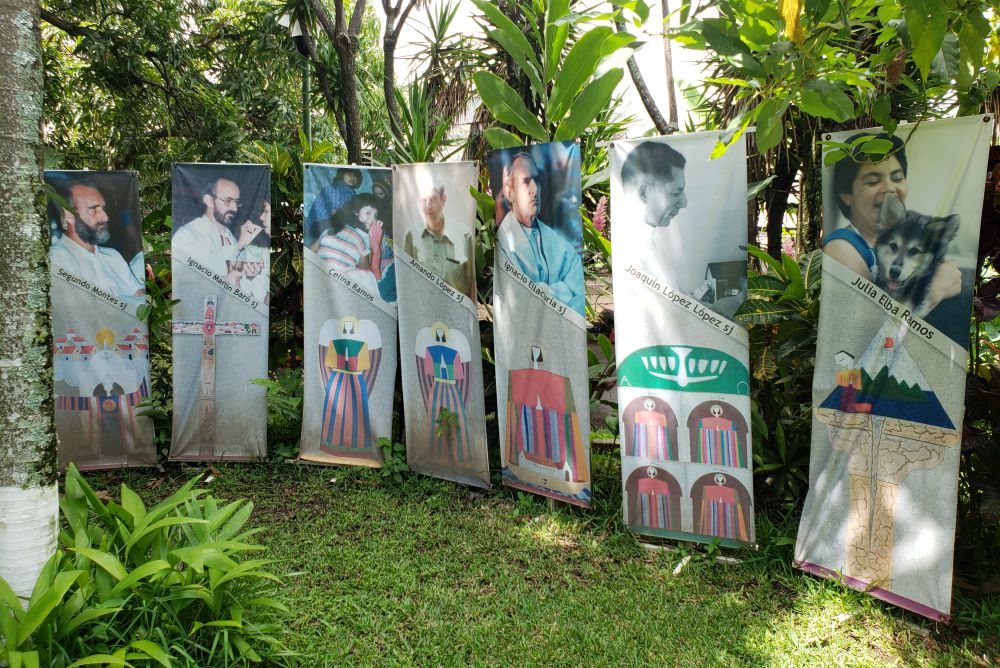 A memorial to the slain Jesuits and to Elba Ramos, the Jesuits' housekeeper, and her teenage daughter, Celina, on the University of Central America in El Salvador campus (NCR photo/Chris Herlinger)

Jesuit theologian Fr. Jon Sobrino was in Thailand when he got word of the murders.

Sobrino received the call about midnight. A friend, Julian Filochowski, now the chairman of the Archbishop Romero Trust, was on the phone from London. "Jon, are you sitting?" he said.

He also recited the names of Elba Ramos, the Jesuits' housekeeper, and her teenage daughter, Celina.

Living in El Salvador in 1989, "it came to my mind that they [the clerics] could be killed," the Spanish-born Sobrino said in an interview with NCR earlier this year. "It was not an active expectation, but it also did not come as a total surprise."

"I understood it," Sobrino said. "They said we were communists, Marxists, and to say that, among the army elite, was very dangerous [for us]." To be called a liberation theologian by the army "was a serious insult."

But Sobrino did not comprehend the women's murders.

"When I heard that the women were killed, I got really, really mad," Sobrino said. "Two women. Innocent women. What had they done to be killed?"

"It was extreme cruelty that there were to be no witnesses," he added, a reference to the fact that that Ellacuría, the rector of UCA, was the primary target of the military operation and that others were killed so that there would be no witnesses, according to a later 1993 United Nations report.

Sobrino's anger resonates with special poignancy this year, the 30th anniversary of the Nov. 16, 1989, murders by the elite Atlacatl Battalion that stunned the world and marked a galvanizing moment in the 12-year civil war that began in 1979, ended in January of 1992, and claimed more than 75,000 lives. 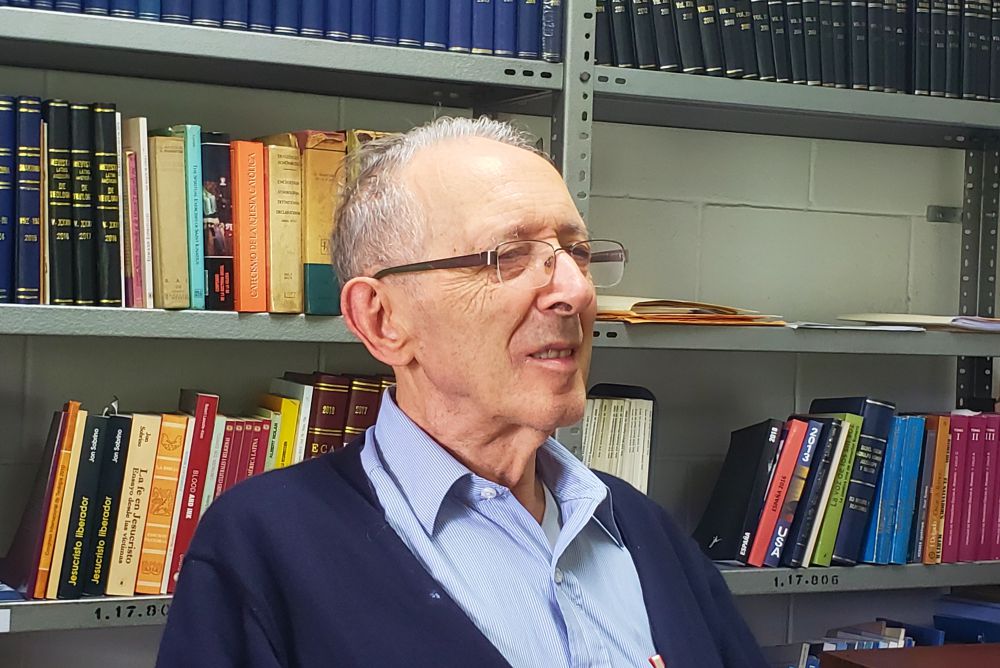 Jesuit theologian Fr. Jon Sobrino in his office at the University of Central America in El Salvador, commonly known by the acronym UCA. (NCR photo/Chris Herlinger)

"Thirty years is a symbolic number," Sobrino acknowledged, and the burden of the events of three decades ago remain immediate and searing.

The 1993 report assessing the war said that "the murder of the six Jesuit priests 10 years [after the assassination of Archbishop Óscar Romero] was the final outburst of the delirium that had infected the armed forces and the innermost recesses of certain government circles."

While the murders are credited for ushering in a new chapter that led to a peace treaty in 1992, the U.N. report also made clear the responsibility of the Salvadoran military in creating a culture of violence that gripped the country for more than a decade.

By ordering the deaths of priests who had called for negotiations between the government and leftist rebels, the military leadership demonstrated, the report said, "just how far its position had hardened in daring to eliminate those it viewed as opponents, either because they were opponents or because they voiced concern, including church workers and journalists." 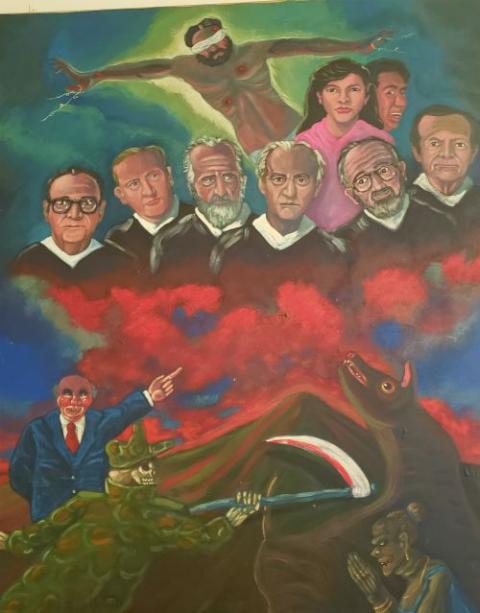 Not even the eventual conviction of army officers for the murders and the subsequent cover-up have ever fully eased the shock of the Jesuits' murders, which came during a 1989 military offensive by the FMLN (Liberation Front party) guerrillas. (The military claimed, falsely, that Jesuit-affiliated UCA was a center for FMLN activity. And in another twist, the soldiers tried to make it appear that the guerrillas, and not the military, were responsible for the murders.)

The Jesuits' deaths bookmarked a torturous decade, an epoch in which the U.S.-backed military declared war on the church for its defense of the poor, beginning with the assassination of Romero and the murders of four American churchwomen, all in 1980.

To the 80-year-old Sobrino, a prominent liberation theologian who has lived most of his life in El Salvador and acknowledges that he now "tires easily" due to health and age, the events of 30 years ago remain vivid — and are cause for continued and deepening reflection.

Speaking in English in a book-lined office and with the air of a wise and gentle sage, Sobrino recalled that the reason he was in Thailand at the time of the murders was to attend a theology conference, leading a workshop on the crucified Jesus. (The conference organizers had originally asked fellow theologian Leonardo Boff to speak, but Boff turned the invitation down because he doesn't speak English.)

Sobrino left his compound after getting the phone call and took a walk on a nearby beach. Someone at the conference, concerned about Sobrino, accompanied the cleric, and after an hour of silence asked, "Why were you not killed?" Sobrino replied, "Maybe I was not worthy of it."

A day later, organizers arranged a Mass and afterwards someone approached Sobrino and asked what he was feeling. He replied, "I had bad news. My friends have been killed. But the good news is that I lived with very good people."

Very good people indeed. The Jesuit martyrs and the two women are honored at UCA with a garden near the residence where most of the killings took place, and the university commemorates the deaths annually.

The garden is a peaceful, contemplative place and visitors are taken there during tours of UCA's expansive museum of the Salvadoran war. More visitors are expected as the university commemorates this year's special anniversary which will include a Mass on Nov. 14 and other commemorative events, said Fr. Andreu Oliva, UCA's current rector.

"Celebrating the anniversary annually keeps the history of the martyrs alive and strengthens the university's commitment to social justice and the faithful legacy of the Society of Jesus," Oliva said in a separate interview with NCR. 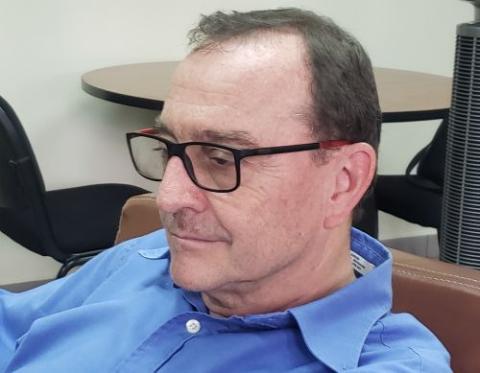 This year's commemoration will be particularly poignant, he added, focused on both the "universality" of the martyrs' lives but also to the particularities and needs of El Salvador today.

While the country is not now at war, the problems that animated the war of the 1980s still resonate, Oliva said. "Salvadoran reality today is marked by exclusion, imbalances, migration, violence, the lack of access to health, education," he said. "The country continues to generate structural violence because it marginalizes the population, particularly the poor."

That is lingua franca at UCA, where Sobrino has taught since 1974, and which has served as his intellectual and spiritual home during a series of controversies. These include criticism, in 2007, by the Vatican's Congregation for the Doctrine of the Faith that in his writing, Sobrino has tended to emphasize Jesus' human, rather than divine, nature.

The Vatican criticism did not result in a formal censure, however, and Sobrino continued his teaching and writing.

His passion and boldness continue. In his extended 2008 essay "The Eye of the Needle: No Salvation Outside the Poor," Sobrino writes about the debt he owes to Ellacuría, a mentor.

"For Ellacuría," Sobrino writes, "The evils needing to be overcome were obvious: poverty, worsening exploitation, the scandalous gap between rich and poor, ecological destruction, as well as the perversion of actual advances in democracy and the ideological manipulation of human rights." 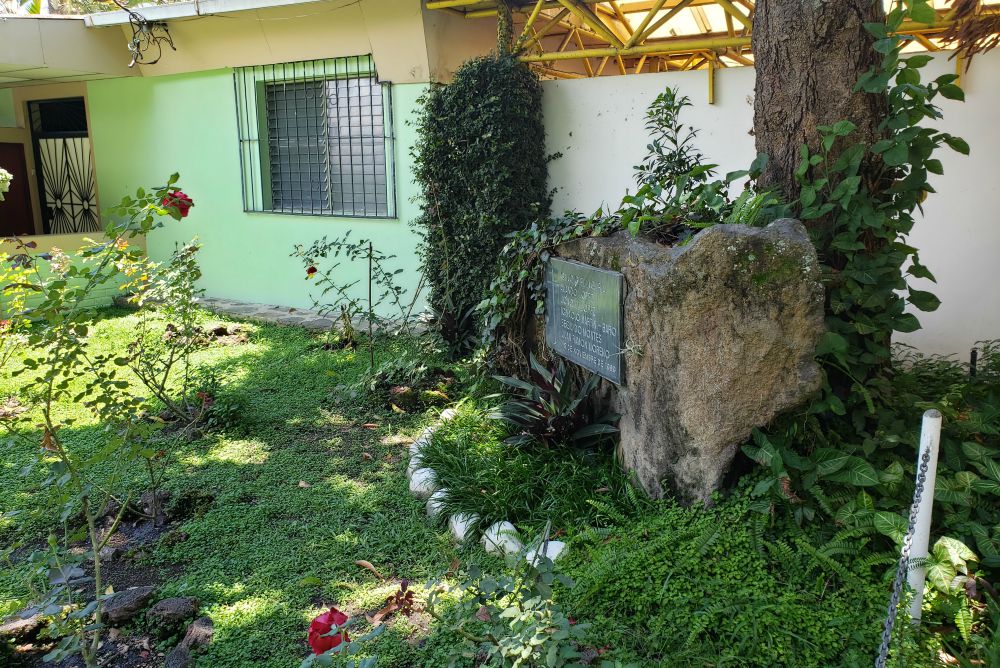 "He spoke out repeatedly against dehumanization, the degradation and prostitution of spirit about which too little was, and still is, being said," Sobrino writes early on in the essay in which he embraces a theme popular with his slain friend: "In order to heal a civilization that is very sick, we need, in some form, the input of the poor and the victims."

Sobrino said he has never felt guilty for not being with his colleagues when they were killed. But he does believe that he and the others at the university must continue the work that his colleagues so strongly believed in, whether in the classroom or in the day-to-day life of a country that continues to struggle.

"We have to be honest: much of reality is painful. But I feel I must be thankful that reality has pushed me to go on and not be frightened of reality."

Sobrino is sure of two things. In the Salvadoran context, "There have been so many martyrs" and that "martyrs don't die." At the same time, he believes that his slain friends would have kept their own deaths in perspective. Millions die of malnutrition but are not accorded recognition, Sobrino notes. "They, too, are killed."

How best to honor the legacy of his fallen colleagues? To try to continue their work, and acknowledge that the war was but one chapter in the history of El Salvador.

"I think things have changed in the country to a degree, but civilians killed in this country since the [1992] peace accord is roughly the same as the number of civilians during the war," Sobrino said, citing crime violence in El Salvador, and violence by gangs.

Sobrino's slain colleagues would "denounce the horrors of the world," he said. "This world is awful."

But whether you are a Jesuit priest, a cook or a journalist, "it's our duty to make this a better world, and make reality good. That's the best way of approaching 30 years, or 50, or 100."

Read this next: Carolyn Forché brings us back to pre-war El Salvador in new memoir