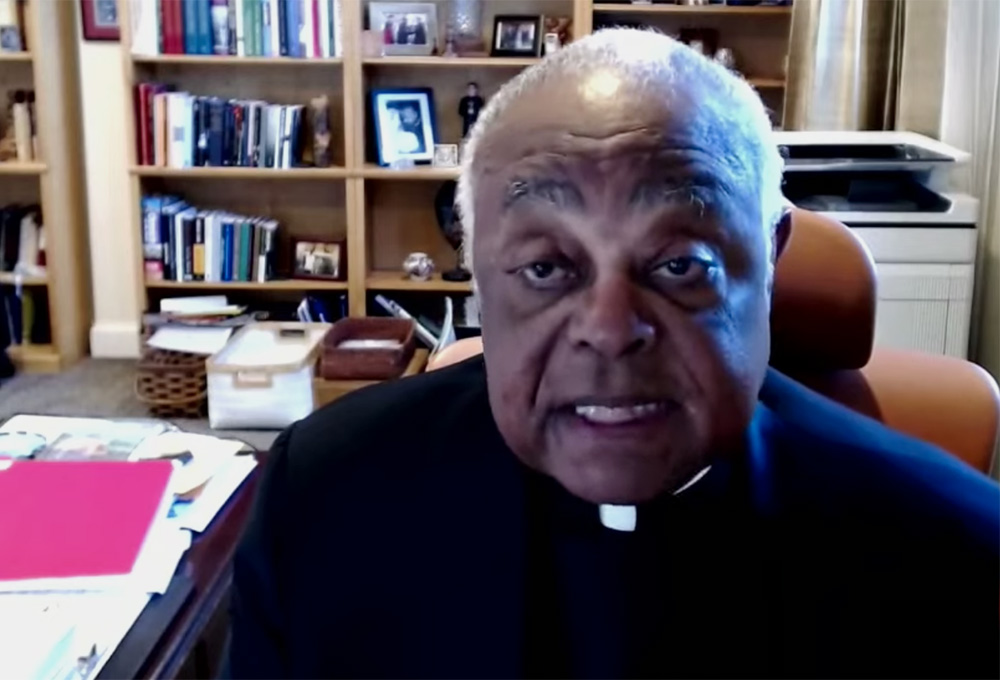 Pope Francis' closest U.S. allies made a last-minute and at times desperate appeal to their fellow U.S. Catholic bishops not to charge ahead with plans to draft a divisive document regarding Communion and pro-choice Catholic politicians ahead of the bishops' much anticipated June 17 vote.

"The proposal before us presents us with a stark and historic choice," said Cardinal Joseph Tobin of Newark, New Jersey. "Voting in the affirmative will produce a document, not unity. Voting against it will allow us to work together in dialogue to forge a broad agreement on the serious questions embedded in the issue of eucharistic worthiness."

"Our very identity as an episcopal conference calls us to vote no, and I will vote no," said Tobin, who is one of only two Americans on the Vatican's Congregation for Bishops, which is tasked with advising the pope on which Catholic priests to appoint as bishops across the world.

Tobin said that any effort to support the "categorical exclusion of Catholic political leaders from the Eucharist based on their public policy positions" would force the bishops' conference "into the very heart of the toxic partisan strife, which has distorted our own political culture."

The bishops voted on whether to greenlight the document during the second day of virtual meetings; the results are scheduled to be announced on Friday, June 18.

Should plans for the document be approved, the final document will require a two-thirds majority of the conference to approve it at their November meeting. An early test vote on Wednesday revealed a divided conference, a possible indicator that with the current makeup of the bishops' conference, the bishops could struggle to pass the final document, unless some of the more controversial elements of the proposal are eliminated or altered.

Cardinal Wilton Gregory of Washington, D.C., the most recent American to be elevated to the church's College of Cardinals by Francis last November, also advocated for a delay.

"The choice before us at this moment is either we pursue a path of strengthening unity among ourselves or settle for creating a document that will not bring unity, but may very well further damage it," he said.

"The strength of our voice in advancing the mission of Christ has been seriously weakened," he lamented.

Bishop Robert McElroy of San Diego said, "The proposal presented to us today lays the groundwork for a fundamental shift in the conception of how bishops should present our faith in public discussion."

"The shift would make the denial of the Eucharist a significant element of our teaching office in contemporary society," he warned.

More than 40 bishops spoke over the course of a more than two-hour virtual debate, offering yet another glimpse into a deeply divided U.S. hierarchy.

Bishop Kevin Rhoades, chair of the conference's Doctrine Committee, took great pains to insist the proposal for the document was not political, nor was its intent to single out pro-choice Catholic politicians.

Yet those claims seemed to be repeatedly contradicted during the course of the debate, with some of the most vocal advocates for the document specifically citing Catholic President Joe Biden and Catholic Speaker of the House Nancy Pelosi as why they believed it was essential that the conference advance plans for the document without delay.

"It's not the bishops that have brought us to this point, it's really, I think, some of our public officials," said Kansas City, Kansas, Archbishop Joseph Naumann, who chairs the bishops' pro-life committee.

"Our president talks about it [abortion] as a right," he said, adding, "This is a Catholic president that is doing this."

Bishop Liam Cary of Baker, Oregon also added his support in favor of the Communion document because "we've never had a situation like this where the executive is a Catholic president who is opposed to a teaching of the church."

Despite repeated pleas for dialogue during the meeting's opening day from the pope's representative to the U.S., Archbishop Christophe Pierre, Bishop Thomas Daly of Spokane, Washington, told bishops he wondered if "dialogue is an excuse to delay."

"I'm a little bit cynical about the worry about time," countered Bishop Robert Coerver of Lubbock, Texas. "There seems to be a rush to this." He added that he feared concerns about 2022 and 2024 election years may be in the minds of some bishops.

Chicago Cardinal Blase Cupich, also a member of the Vatican's Congregation for Bishops, spoke against the proposal, saying that a number of the committee chairs of the bishops' conference had made it clear their motivation for the document was to target Catholic politicians.

"Those who are insisting that we need to do it immediately really reveal what this is about," he said. "They want us to make statements to do something about politicians who hold positions that are contrary to our teaching. And let's not fall into that trap."

At a press conference following the debate, Rhoades said he would not weigh in on whether Biden should be allowed to receive Communion and said that such judgments were not the purpose of the document. 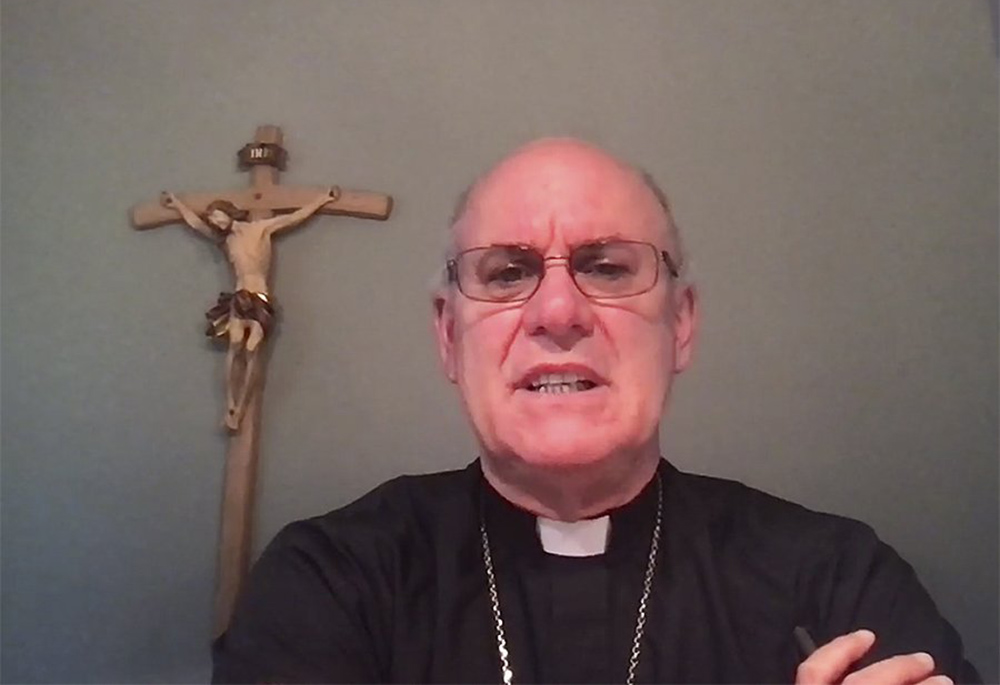 Bishop Kevin Rhoades of Fort Wayne-South Bend, Indiana, chairman of the U.S. bishops' Committee on Doctrine, is seen during a news conference June 17 during the bishops' spring assembly. (CNS screenshot)

"We will be looking at that whole issue of Eucharistic consistency and the way the church's law is, that is for his own bishop," said Rhoades.

D.C.'s Gregory, who is Biden's local bishop, has made it clear that he would not deny Biden Communion. During the discussion, Gregory delivered one of the most forceful arguments against moving ahead with the document, saying that in nearly 38 years of being a member of the bishops' conference he had not experienced a moment where the conference was facing such a challenge of unity.

Rhoades also rejected the notion that moving ahead with the document would put the conference out of sync with Francis.

"You know I love Pope Francis. I don't see anything that we're doing that would be inconsistent with the teaching of Pope Francis. As a matter of fact, I would like to include some of his teaching in the document," Rhoades said.

He went on to add that the Eucharist is what compels Catholics to defend the unborn, the migrant, the sick and the dying.

"There's an intimate connection between the Eucharist, and our mission to love, and that's, I think, what Pope Francis is all about."

Throughout the course of the debate, several bishops said that perhaps the bishops could first hold regional or provincial meetings to discuss the proposal further before moving ahead. Others recommended, unsuccessfully, eliminating the final section of the proposed document, which is expected to address questions of eucharistic consistency and Catholic politicians.

He said it "could be an invitation to rediscover what unites us, gives us strength, and sends us forth to proclaim the Good News, to defend human life and dignity, and to serve the 'least of these.' "

In the end, Rhoades said he did not want to withdraw the committee's current plan but hoped the document, if the bishops vote to move forward with it, would be a "positive document." 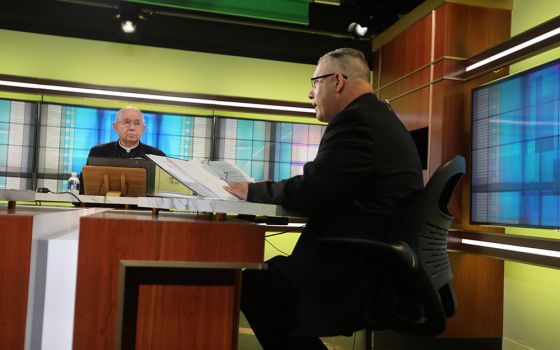 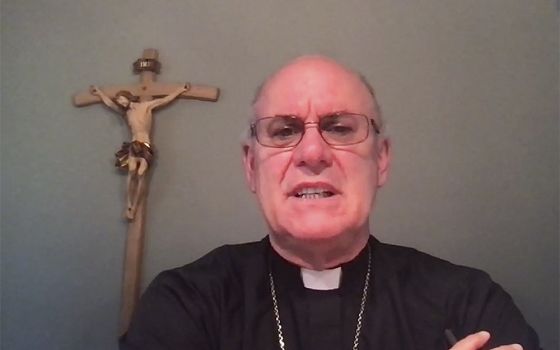 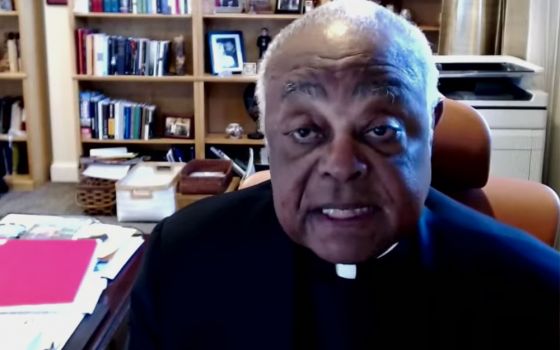 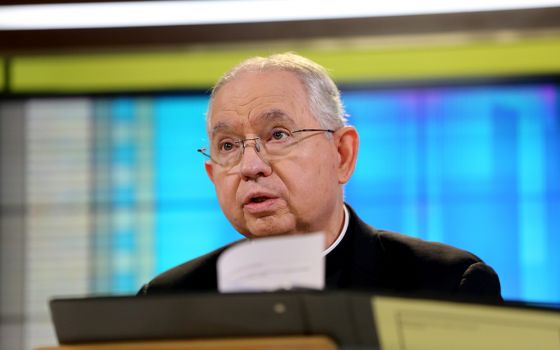