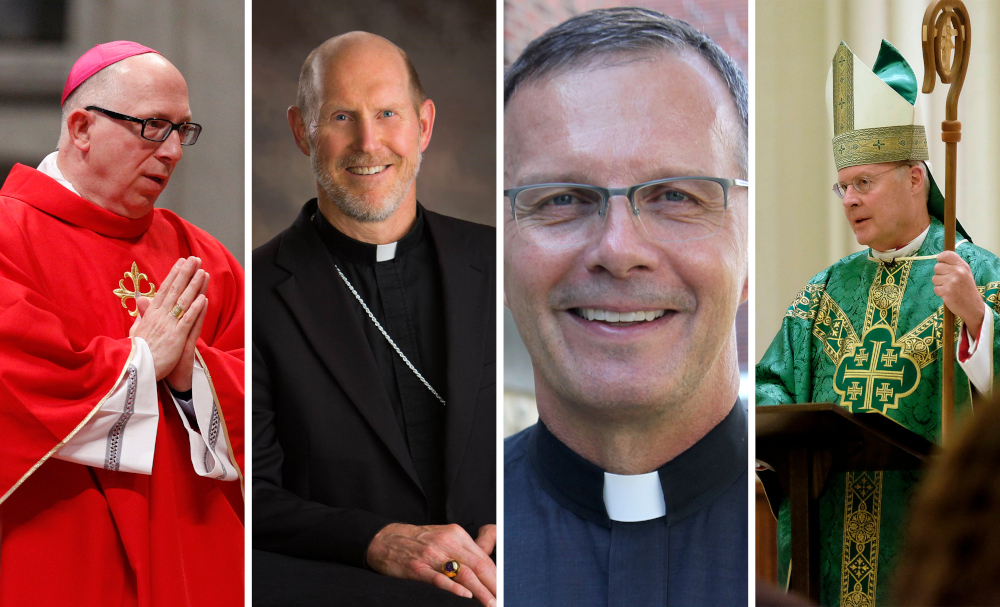 Prior to the July 17 execution of Dustin Honken, a 52-year-old man from Iowa, Catholic leaders, including the bishops of Iowa, Cardinal Joseph W. Tobin of Newark, New Jersey, and the Benedictine priest who had been Honken's spiritual adviser for 10 years, pleaded for a lesser sentence or at least a delay.

Iowa's Catholic bishops wrote a July 1 letter to President Donald Trump, requesting clemency for Honken and three other men facing federal executions this summer; two of these inmates were since killed by lethal injection at the federal penitentiary in Terre Haute, Indiana, the week of July 12.

Honken, a meth kingpin, was killed by lethal injection July 17 at 4:36 EDT. He was convicted in 2004 for the murder of five people in 1993, including two children, in an effort to thwart his prosecution for drug trafficking. He is the first Iowa defendant to be put to death since 1963.

Anti-death penalty activists gathered on the side of the road about a mile from the Indiana prison to pray for Honken and express their displeasure with the country's use of the death penalty.

Group members wore shirts with anti-death penalty messages and held signs with messages such as: "Stop state killing" and "Stop the violence start the healing."

Group members took turns speaking, then tolling a bell, but near 4 p.m. EDT, the time of Honken's scheduled execution, they waited in silence. Some cars honked to show support, others yelled out less supportive jeers.

During the vigil, Sr. Paula Damiano of the Sisters of Providence of St. Mary-of-the-Woods near Terre Haute, asked for God's grace to fill everyone at the prison so they would "understand that life comes from you, and only you can take away life. We pray for the executioners. We pray for the victims of violence. We pray for all who are on death row. And especially, we pray for Dustin Honken."

As part of the protest of Honken's execution, Tobin, in a July 9 letter to Trump, said Honken was convicted of "heinous" crimes but killing him "will do nothing to restore justice or heal those still burdened by these crimes. Instead, his execution will reduce the government of the United States to the level of a murderer and serve to perpetuate a climate of violence which brutalizes our society in so many ways."

The cardinal urged the president to grant Honken's pleas for clemency and said that by "commuting this death sentence, you would help stem the tide of anger and revenge that threatens our country."

The Newark archbishop got to know Honken when he was archbishop of Indianapolis, from 2012 to 2017, and would visit inmates four to five times a year at the federal penitentiary in Terre Haute, Indiana.

In his letter, Tobin said that if Honken's sentence is commuted, the inmate would spend the rest of his days in prison. He also said that Benedictine Father Mark O'Keefe, Honken's spiritual adviser, had confirmed Honken's "spiritual growth in faith and compassion, which I had witnessed in our meetings some years ago, continues to this day. He is serene about the future and tries to show solace for his companions on death row."

O'Keefe, a moral theology professor at St. Meinrad Seminary in St. Meinrad, Indiana, has been a minister to Honken for the past 10 years. On July 7, the priest and another spiritual adviser to a federal death-row inmate filed a lawsuit seeking a delay of the federal executions out of concern over exposure to COVID-19 by going to the prison to attend the executions.

In his appeal for a postponed execution, the priest said Honken "has been a sincere, practicing Catholic for more than 10 years. He attends Catholic Mass and receives Communion regularly; he receives Catholic ministry regularly; and he believes sincerely in the Catholic faith."

In a July 16 order issued without comment or dissent, the Supreme Court rejected the arguments from the spiritual advisers.

Last year, the Justice Department announced it was resuming federal executions that had been put on hold for the past 17 years. The first execution, July 14, was of Daniel Lewis Lee, a 47-year-old who was convicted of being an accomplice in killing three family members in 1996.

The second execution was of 68-year-old Wesley Purkey, convicted of raping and murdering a 16-year-old in 2003, on July 16. His attorneys said he suffered from Alzheimer's disease, schizophrenia and brain damage and that his mental incompetency made him unable to comprehend his punishment, making it unconstitutional.

The Supreme Court in the first two cases, filled with last-minute court filings, allowed the death sentence to proceed with 5-4 votes in the early morning hours. There were no specific challenges to Honken's execution, other than his joining with Lee in challenging the method used in federal executions — one lethal injections instead of a three-drug protocol used in many state executions. The death-row inmates claimed the one drug would cause "extreme pain and needless suffering."

The court said Lee and three others in federal prison appealing the manner of their death sentence, had "not established that they are likely to succeed on the merits of their Eighth Amendment claim" in their dispute about the specific drug protocol to be used in the executions. They also, without opinion, rejected claims by Purkey's attorneys seeking a delay in his execution date due to his mental condition.

"As our country grapples with the COVID-19 pandemic, an economic crisis, and systemic racism in the criminal legal system, we should be focused on protecting and preserving life, not carrying out executions," the letter said.

(Contributing to this report was Natalie Hoefer, a staff writer at The Criterion, newspaper of the Archdiocese of Indianapolis.)