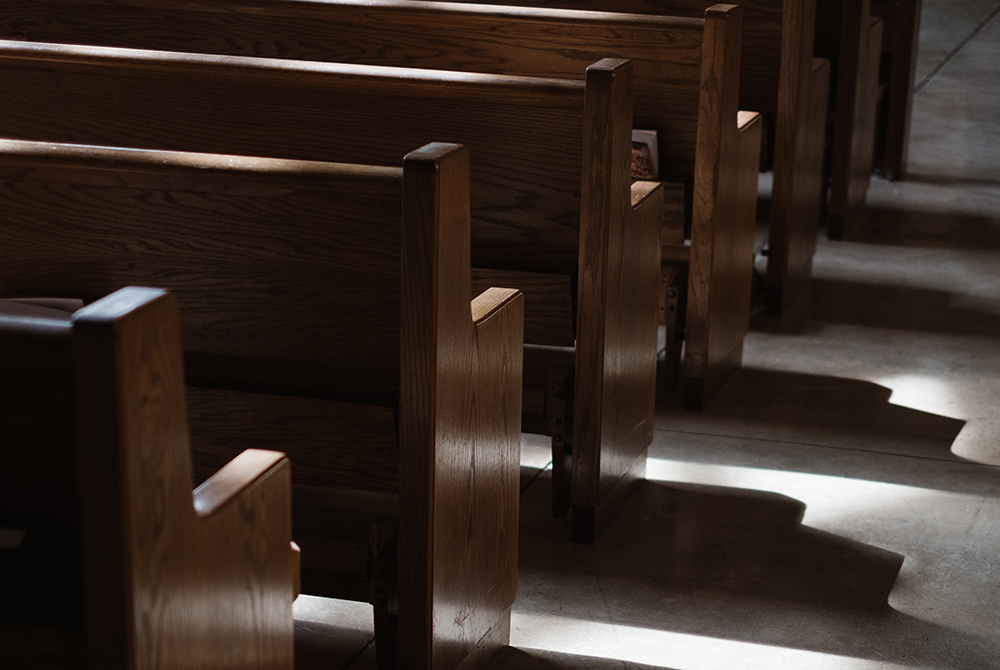 Many Catholics are expressing anger, disappointment and confusion about the U.S. bishops' conference's June 18 vote to approve plans to draft a document on pro-choice politicians and Communion, according to an email survey of readers and members of the National Catholic Reporter.

Although the conference later said it does not plan to target Catholic politicians in the proposed document, readers who spoke to NCR said they were frustrated with the state of church leadership in the U.S. and disappointed that the bishops appeared to be targeting President Joe Biden, whom many bishops mentioned in their discussion before the vote.

"My thoughts and feelings [about the vote were] the internal equivalent of a big fat groan," said Teresita Schaffer. "It just seemed like another case of the culture wars seeping into the life of the church."

Schaffer, who is a parishioner at Holy Trinity Catholic Church in the Georgetown neighborhood of Washington, where Biden often attends Mass, noted that the parish council at her church had released a statement saying the church would not deny Eucharist to Mass attendees.

The statement noted that Cardinal Wilton Gregory, archbishop of Washington, had voted against the measure and lamented that his vote was in the minority. The vote had caused "considerable desolation" among parishioners, the council said.

"As Pope Francis recently reaffirmed, communion should be viewed 'not as a prize for the perfect, but as a powerful medicine and nourishment for the weak,' " the council said. "None of us, whether we stand in the pews or behind the altar, is worthy to receive it. The great gift of the Holy Eucharist is too sacred to be made a political issue."

Other survey respondents echoed this sentiment.

"Pope Francis said that the Eucharist is not a reward for perfection but is the bread of sinners," wrote Richard Sumpter in a comment in response to the survey, paraphrasing Pope Francis' June 7 remarks on the issue.

Sumpter, of Overland Park, Kansas, added that Jesus knew Judas would betray him, yet offered him Eucharist at the Last Supper anyway.

"That would seem to be a pretty good reason for the less-than-Christlike bishops not to muck around in partisan politics as authority figures," Sumpter said in his comment. 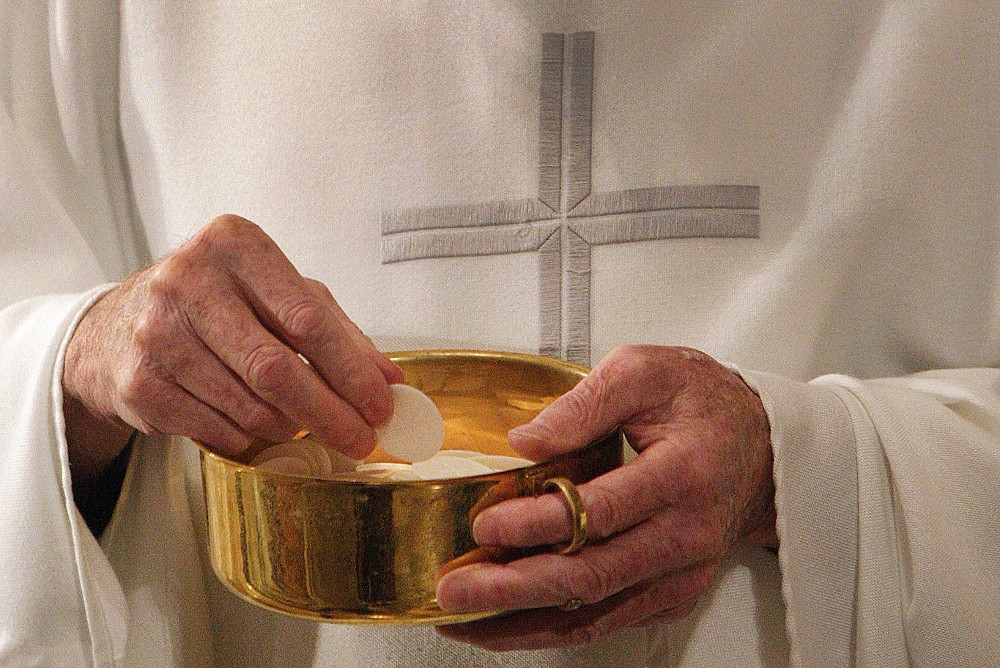 Dozens of respondents said they were "disgusted," "disappointed," "shocked" or "appalled" by the vote. More than 150 people completed the survey, almost all in disagreement with the bishops' decision.

Many responses pointed out that the bishops, in the lead-up to the vote, had specifically focused their energy on sanctioning Catholic politicians who support abortion rights, ignoring many others who have supported policies that contradict Catholic teachings and morality on issues from the death penalty to racial justice to war and peace.

"[Bishops' and cardinals'] influence should be used to assist the poor, the migrants, fair wages, equality issues, etc., and support life from birth to death, instead of focusing on a single issue, abortion," Bernadette Tasher wrote in a survey response.

Tasher, like many other respondents, said in her comment that she felt conservative elements of the church were so focused on banning abortion that they were OK with electing Donald Trump — "an immoral person, as clearly demonstrated and publicly visible by his business and personal life" — solely because he said he would appoint conservative U.S. Supreme Court justices.

A few respondents compared the bishops to modern-day Pharisees — members of a strict ancient Jewish sect who are often depicted in the Bible as chiding Jesus for not following the rules carefully enough, and whom Jesus often chastises for hypocrisy.

Peggy Hebert of Salinas, Kansas, told NCR in an interview that she was disappointed to see that there was not more representation of the more liberal elements of the Catholic Church at the bishops' conference.

The vote to approve drafting the document passed by a margin of 168-55, with six bishops abstaining.

"I think [the bishops] do a tremendous disservice representing Catholicism in that vein, and they're also driving people out of the church," Hebert said.

Many respondents expressed a feeling that the bishops were "out of touch" with the laity and with issues affecting everyday people in the U.S., especially marginalized people, and said the bishops would do well to listen more to the voices of their constituents.

Some predicted actions such as the bishops' recent vote would be the final straw for Catholics already aggrieved by the sex abuse crisis, lack of financial transparency and other issues they said have plagued the church for decades.

Hebert said she had attended a webinar on a recent synod in Germany and was impressed by how much weight the voices of laity carried there as compared to her experience of the U.S.

"It is clear that the bishops in favor of drafting the document on the Eucharist have a very low opinion of the intelligence of the laity!" Hebert wrote in a follow-up email to NCR, adding, "The U.S. church will hemorrhage membership if they don't give us credit for understanding what is going on in the world in the context of faith in Jesus Christ!"

This story appears in the Bishops, Biden and Communion feature series. View the full series.
A version of this story appeared in the July 23-Aug 5, 2021 print issue under the headline: Angry and disappointed.