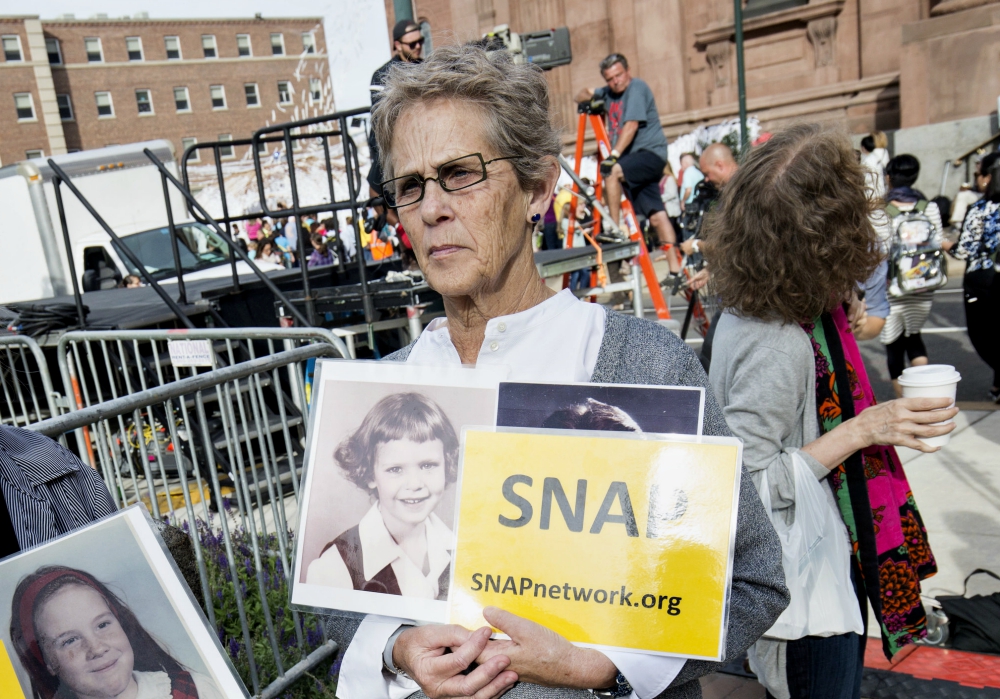 This story was updated April 6, 2018 at 4:45 p.m. CDT, with details on the settlement of a lawsuit brought against SNAP by former employee Gretchen Hammond.

More leadership upheaval has hit the Survivors Network of those Abused by Priests.

Roughly a year after founder Barbara Blaine and executive director David Clohessy departed the Survivors Network of those Abused by Priests, another longtime leader, Barbara Dorris, has left the sexual abuse victims' advocacy organization, along with the president of its board of directors and another board member.

The moves come two months after SNAP quietly reached a settlement on the lawsuit brought by former employee Gretchen Hammond alleging the organization referred abuse survivors to attorneys in exchange for donations.

Dorris, who spent 16 years with SNAP mostly as its outreach director, overseeing its support efforts to survivors of sexual abuse by clergy, more recently served as executive director in the wake of the resignations of Clohessy, who left at the end of 2016, and Blaine, who departed the following February. Eight months later, Blaine died unexpectedly while on vacation in Utah.

"Barb's leaving, like the departure of our founders, will cause some uncertainty and unease; feelings that are reasonable and understandable. Our mission remains, our leaders remain, our website remains. We will continue the mission of SNAP and carry forward the pioneering work of Barbara, David and Barb," Lennon said.

Dorris, 70, told NCR her decision to leave SNAP was "an extremely difficult decision and nothing I did lightly." She said she hopes to remain involved in the broader movement to protect children and hold institutions accountable, but made clear that won't be with SNAP.

"I am no longer in any way associated with SNAP," she said.

In her letter of resignation, which took effect March 30, Dorris described differences among some board members and herself that she said have "made my remaining in my job impossible."

She did not describe in the letter what the differences were — though at one point stated, "I must remain true to my ethical moral compass." When asked for clarity, she declined to expand beyond referring to them as "personnel matters" and "differences in philosophy."

But sentiments of board discord were repeated in a joint letter of resignation from now-former SNAP board president Mary Ellen Kruger and board member Mary Dispenza.

"This was a painful decision, but frankly the situation has become intolerable. It has become increasingly clear that our board and executive are deeply and evenly divided on the most mundane and serious operational matters, the kind of policies and practices that contribute to good governance and our fiduciary obligations as board members," wrote the two ex-board members, whose resignations took effect 10 days before Dorris'.

"These divisions have resulted in a growing lack of trust and confidence in each other which makes our ability to lead the organization together extremely difficult," they said.

On decisions, there was regularly a 3-3 split, they said, with Kruger and Dispenza regularly siding with Dorris. They said that, "for the good of SNAP," one of the two sides should step aside, which they ultimately did, to "allow the remaining members to establish a more congenial and trusting board."

Speaking to NCR Thursday, Lennon acknowledged the differences of opinions but also refrained from providing further details. He said he hopes SNAP hires a new executive director but that discussion hasn't occurred yet, with most of the board's energy of the past month spent attempting to convince Dorris to stay.

Lennon added that the letter to SNAP members was in part an "effort to reassure people" that SNAP is still operating and will carry forward. It continues to employ two full-time staff members, based in its St. Louis headquarters. In addition, the board has already filled its two open spots and will look to add new members later in the year. It will still hold its annual conference in July in Chicago.

Currently, SNAP counts more than 25,000 survivors and supporters in its network, with 31 support groups in the U.S.

Within the letter, Lennon also credited Dorris for her "stable leadership" that allowed the organization, approaching its 30th anniversary, to weather the earlier uncertainty brought by the resignations of Blaine and Clohessy.

Those departures came shortly after Hammond, a former SNAP development director, brought a lawsuit against the organization, alleging it received "kickbacks" from attorneys for referring abuse survivors to them. SNAP, Clohessy, Blaine and Dorris all denied the charges, as well as any connection between the leadership shakeup and the lawsuit.

On Jan. 30, SNAP and Hammond reached a mutual settlement, with its terms to remain confidential as part of the agreement. In her suit, Hammond sought a jury trial, compensatory damages and legal fees.

When asked if the lawsuit played a role in the resignations, Kruger told NCR she was not at liberty to answer that question. Lennon also declined comment, citing the confidentiality agreement. He said a lawsuit brought in January 2017 by a Detroit priest remains pending.

With Dorris' departure, the three most visible faces of SNAP have left the organization in a span of 15 months.

Throughout the past year, SNAP stated at various points that it was transitioning to become a more board-directed organization, a process that began some time in 2015 or 2016.

Related: SNAP's evolution evident at gathering, in wake of departures

Kruger, who joined SNAP in 2002 and served roughly seven years on its board, told NCR that while it made sense for the board to become more involved following the departures of Blaine and Clohessy, "there comes a point in time where that focus is no longer needed and you need to go back to an executive director and a managing board where the board doesn't have to be involved in the day-to-day operations of the organization."

In a July 2017 post on her personal blog, Joelle Casteix — who left SNAP at the same time as Dorris after serving as its Western regional director — said that by that time the board had begun to handle "all of the day-to-day operations, in cooperation with Barb Dorris," including managing its budget, fundraising, updating the website, media and strategy planning, as well as overseeing its conference and meetings.

Added Casteix, "Barb Dorris is the glue that holds everyone together."

In a farewell note accompanying Lennon's letter, the full five-member SNAP board offered up their own metaphors.

"Barbara was always the engine who stoked the boilers of the SNAP organization. She was the one who made sure survivors were contacted, that the mailings were done. While we can see SNAP as a mighty organization, we also understand that Barbara was shoveling the coal to insure the engine of SNAP continued down the track," they wrote.

"Here we stand, a strong and solid organization with our Captain leaving SNAP. We are all saddened by this turn of events," the board said. "Our steady hand who has guided us through perilous seas is leaving."