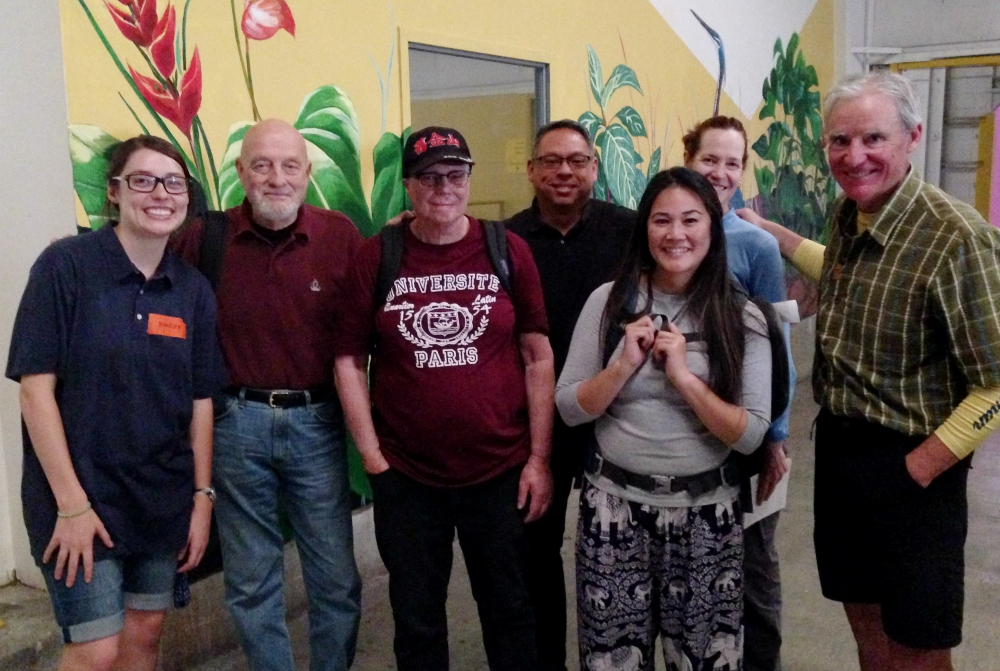 Debate over U.S. immigration policy quickly takes a distant second place when dealing with the realities of asylum seekers and refugees at the U.S.-Mexico border, report volunteers who recently returned from El Paso, Texas, to their homes in the San Francisco Bay Area.

"Washington theatrics" are actually a "distraction" when nitty-gritty tasks — laundry, meals, child care, medical emergencies — demand attention, in the words of Evelyn Rodriguez, a member of San Francisco's St. Agnes Parish and one of a seven-member Bay Area team to serve at Annunciation House in El Paso, Texas, July 13-21.

The group was the first of what will be at least a half dozen more scheduled to travel to Annunciation over coming months to support its outreach to distressed refugees seeking asylum, most from Mexico and Central America, although increasing numbers of Brazilians are also making their way north.

The still-unnamed grassroots project was launched following a meeting earlier this year at which Annette Lomont shared an NCR report on the border humanitarian crisis with St. Ignatius Parish's Solidarity Committee, which focuses on refugee and immigration issues.

"I was asked to look into how we might help," said Lomont, a former chair of the NCR Board of Directors.

"I contacted the volunteer coordinator at Annunciation House and the rest is history," she wrote in an email to NCR. The El Paso-based nonprofit has ministered to "migrant, refugee, and economically vulnerable peoples of the border region through hospitality, advocacy, and education" for more than four decades, reports its website.

Getting to know men, women and children who had endured harrowing ordeals to reach the U.S.-Mexico border and hearing their stories was central to their experiences, the volunteers underscored.

The refugee crisis can "no longer be anonymous" after you know the victims, said Peter Wise, a member of St. Ignatius and director of San Damiano Retreat in Danville, California.

The group described their varied El Paso duties as "spontaneous" and "off the cuff."

Rodriguez, who heads the University of San Francisco Sociology Department, said volunteers generally work at "two levels," directly with clients if proficient in Spanish, or in logistics.

Wise found himself in the laundry. He shared how he had found $200 in a lint filter, "a hundred-dollar bill wrapped around five twenties," which became a running gag about money laundering. 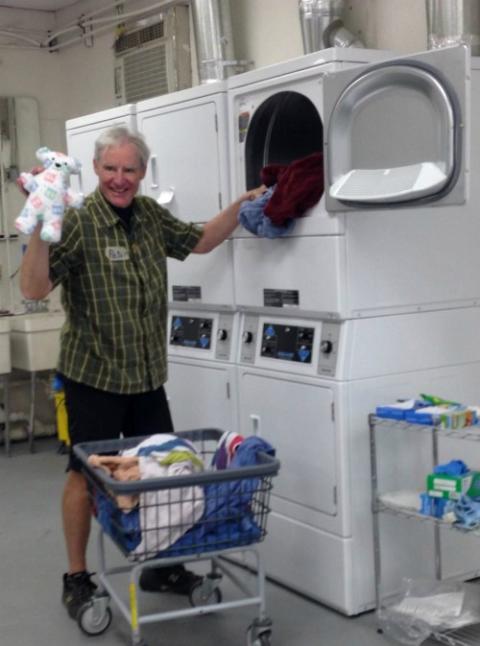 "This is a time for Catholics to be Catholic," Wise told NCR. "Act. Put faith into action. Now. The same can be said for Christians, Muslims and others whatever their faith or non-faith, but for Catholics, we are specifically called to act in service to people in need. Now."

"My core takeaway," he added, "is that people that want to come to this country would make it better for the next generation, or two generations, just as the prior generations of immigrants have done for this country."

In a note to friends about the trip, Rodriguez wrote: "We've gotten to know many of the guests by their first names and to experience genuine camaraderie with them in the playroom with their children and over shared meals. ... The guests were generally in hopeful spirits, opening themselves to share their talents and stories with us, and teaching us much about God's call every day."

Providentially, two Annunciation guests and their families befriended by the July team were released to be united with sponsoring family members in Salinas, California. They were given court dates in San Francisco. On Aug. 2, Rodriguez, Wise, teammates Petrina Grube and Rick Champion, as well as others, accompanied one of the families to their initial asylum hearing.

A Spanish teacher at an independent K-8 school and a member of San Francisco's St. James Episcopal Church, Grube served as coordinator of the July delegation.

Annunciation clients are eager to pitch in and share their gifts, she said at the July 24 gathering, citing the example of one, a librarian, who took over sorting and organizing donated books. 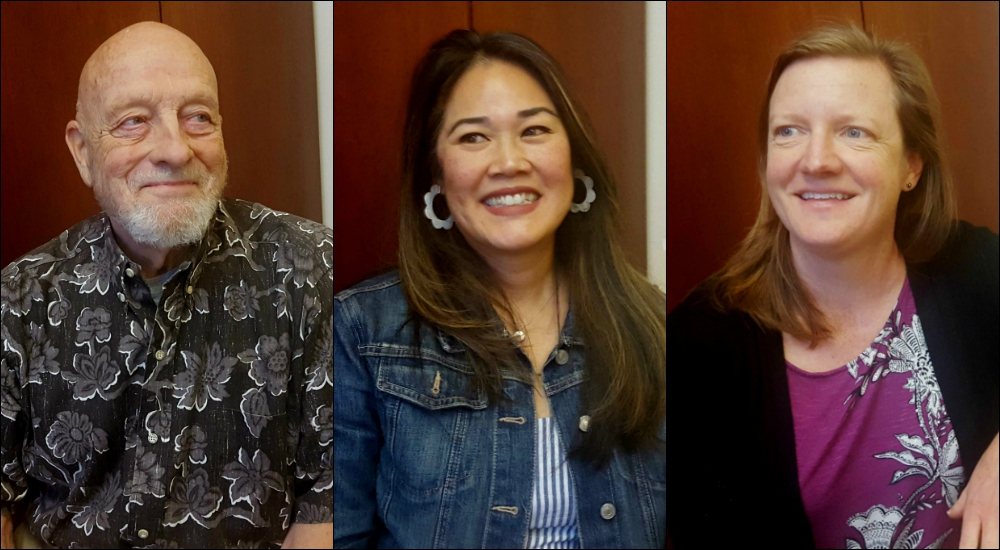 "We are all a country of immigrants," Grube said, "and I believe it's our responsibility to continue being a country that can offer protection and support and a good life" to those who "can't find that anymore in their own countries."

Rodriguez agrees. She would like to "invite" President Donald Trump "to come and see these people, these families, for yourself, to look into their children's eyes, to look at the parents who care for them. And I would dare you to tell them that you need to build a wall keeping them from those opportunities and from the chance to flourish."

The July volunteers said refugees consistently spoke of longing for their homelands despite events and circumstances that forced their emigration.

St. Ignatius parishioner Harry Hutzel called those conditions "push factors driving so many in desperation to leave their homelands."

To address them, he advocates re-allocating "any funding for the building of ineffective border walls to funding for Northern Triangle countries [Guatemala, Honduras, El Salvador] to improve their infrastructure, public safety, education and public health."

"Of each of the immigrants that I met," Hutzel said, "none qualified as threat. They are parents with children clinging to each other, doing what they feel is best for their children. And if I were in their shoes, I would probably be there, too."

"We need to re-establish our nation as one that serves as an example to the world in welcoming the poor and oppressed … and we also need to follow international law in regard to asylum," he added.

Hutzel, Wise, Grube and Rodriguez all witnessed what they said was arbitrary and inconsistent application of confusing U.S. immigration protocols.

For example, they decried some asylum seekers being required to wear ankle monitors, which Wise described as "ankle anchors." He said immigration officials "call them ankle bracelets, but they aren't. They are huge" blocks of metal.

When inquiring why some immigrants were forced to wear the devices and others were not, "We were basically told, 'Well, the government ran out,' " Wise said. "They are evidence of real failure."

The group praised Annunciation House's work, describing it as an oasis of rest, support and encouragement. They said refugees gain spiritual and emotional strength from one another as well. 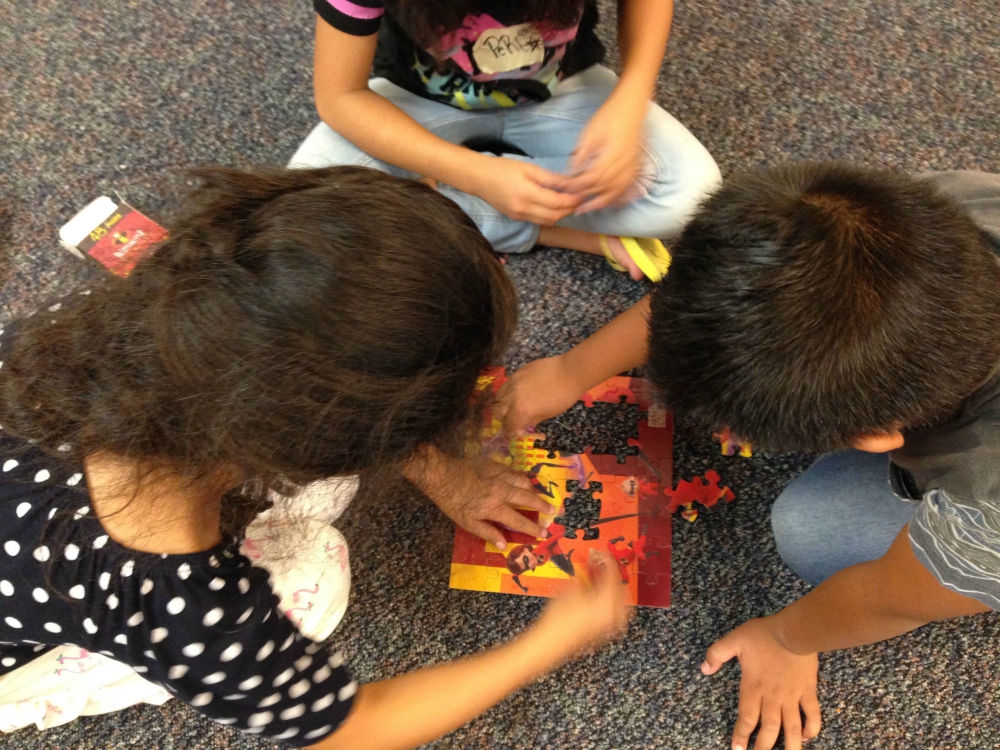 An initial orientation to U.S. life is no small thing, they observed, and includes crucial details such as deciphering airport departure-and-arrival signage, reading a boarding pass, understanding time zones, and connecting with sponsors across the country.

"Annunciation House is a terrific, terrific program," Hutzel said. "It is so important in allowing a few days respite where people can just relax and feel comfortable, get some counseling, get connected with services and help."

Without it, he added, "people are just dumped at the bus station and left to just try to figure it out."

The Bay Area effort has clearly tapped into widespread "upset and anger" about treatment of refugees and "a desire for some way to do something," said Lomont, noting that word of the program continues to spread.

She said working with new volunteers, fielding questions and responding to offers of help have "nearly turned into a full-time job" for herself and Judy Reuter, a friend from St. Agnes Parish who co-manages the ministry with her.

Lomont herself plans to join the Sept. 7-15 team of about a dozen going to El Paso.

Another nearly 30 persons are slated for two weeklong tours of duty in October. Eighteen volunteers are already signed up for November. Groups are forming for January and February.

Read this next: Annunciation House volunteers 'on lockdown' during El Paso massacre