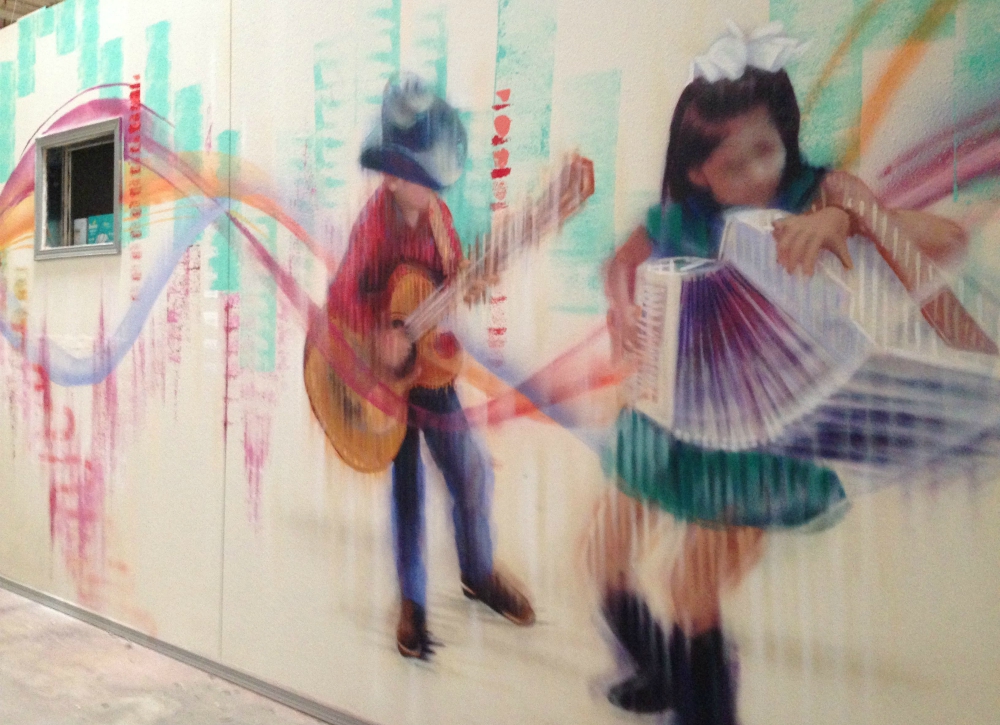 A San Francisco Bay Area volunteer group was in El Paso, Texas, Aug. 3 when a 21-year-old man killed 22 persons and injured at least two dozen others in a shooting rampage at a Walmart.

According to news reports, the alleged shooter openly admitted to targeting Latinos.

It was the new ministry's second volunteer group to go, the first having served July 13-21.

"I was worried about them," continued Lomont, "thinking that some of them might have gone to Walmart for supplies. Fortunately, that was not the case. While I'm relieved about them, I am grieving for our country."

In an Aug. 6 account sent to several of the Bay Area volunteers, Annunciation veteran volunteer Ralph Maffucci reported, "The Walmart where this crime happened is about two to three miles away from Casa del Refugiado."

Casa del Refugiado is a 125,000-square-foot former electrical utility warehouse that was leased in April by Annunciation founder Ruben Garcia, 70, to respond to the then-overwhelming influx of asylum seekers and migrants.

"We have no TV on site," Maffucci continued, "but alerts were widespread on everyone's smart phones. The shelter was put on a kind of lockdown and both guests and volunteers were encouraged to stay inside. We were all safe. The next day Border Patrol and I.C.E. [Immigration and Customs Enforcement] didn't process a single migrant. By Sunday evening we had 13 refugees in residence. There were more volunteers than migrants. Imagine the hollow sounding reverberation in a space that could house five hundred. Since then the numbers of refugees has resumed."

On some days, as many as a thousand had sought Annunciation's help. Bay Area volunteers arrived, however, as multiple factors turned the torrent of refugees into a relative trickle.

The need for help, however, remains acute, Lomont has learned from Annunciation's volunteer coordinator.

"It is true that the numbers are down significantly from a couple of months ago, but we can still absolutely use additional help," the coordinator wrote in an email shared by Lomont.

"We are ... still receiving many more guests each day than was conceivable just a year ago," the coordinator stated, adding: "The biggest change that has happened with the decreased numbers is that all the temporary sites that were being operated by churches throughout El Paso and Las Cruces [New Mexico] have shut down. What this means for Annunciation House is that our workload has not decreased all that much. We're now doing 'all' of it instead of a small fraction. That's not to say that we don't have a ton of community support. It's just that we're shouldering the bulk of the hosting now."

Lomont has heard that Casa del Refugiado's lease will be renewed "because the situation at the border is so fluid and Annunciation leadership thinks the space could be needed at a moment's notice."

Read this next: From Bay Area, volunteers head to El Paso: 'Time for Catholics to be Catholic'