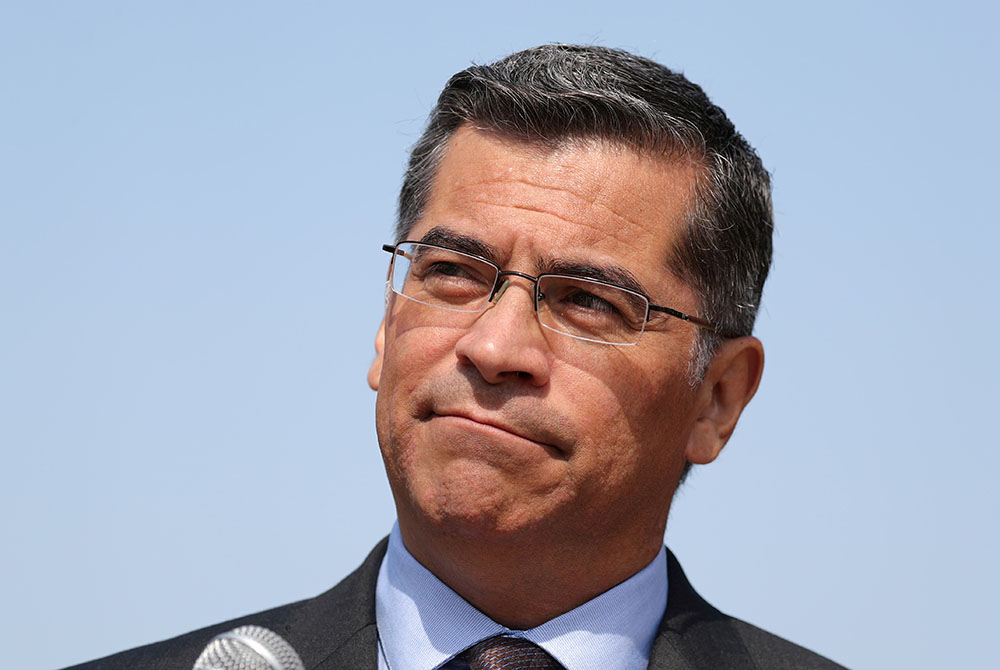 President-elect Joe Biden's selection of Xavier Becerra to head the Department of Health and Human Services is being praised by the Catholic Health Association as a new opportunity for partnership in expanding access to health care, despite resistance from conservative Catholics warning that his appointment will pose threats to the conscience rights of religious believers.

Biden's announcement of Becerra, the current attorney general of California and a former congressman, came on Dec. 7 as a part of the ongoing formation of his cabinet.

In a statement issued that same day, the Catholic Health Association said that Becerra "has been a strong partner with CHA in defending the Affordable Care Act and for advocating for greater access to quality, affordable health care coverage for everyone, particularly the most vulnerable."

Becerra "has spent his career fighting for underserved communities, and I appreciate his efforts to protect the welfare of immigrants and migrants," said Mercy Sr. Mary Haddad, CHA president, in a statement. "I look forward to working with him to advance policies that address inequities of care in communities burdened by poverty and injustice."

As a son of Mexican immigrants, Becerra has been an outspoken proponent of the Deferred Action for Childhood Arrivals program, known as DACA, which protects qualifying young adult immigrants from deportation. If confirmed, he will become the first Latino to lead the Department of Health and Human Services.

Despite the CHA's backing, some pro-life leaders have claimed that Becerra, a Catholic, has sought to hamper pro-life efforts and are calling on the Senate to reject his confirmation.

"If Biden appoints Xavier Becerra you can expect HHS to disregard the conscience rights of health care workers and other Americans who abhor abortion, to push the trans agenda through healthcare, and more," wrote Mary Rice Hasson, director of the Catholic Women's Forum, on Twitter. "Catholics who voted for Biden, this is on you."

Catholic University of America theology professor Chad Pecknold also took to Twitter to voice concern, saying that Becerra opposed exempting the Little Sisters of the Poor from the Health and Human Services contraceptive mandate and that his pick was an indicator of Biden's understanding of "decency."

While the Obama administration eventually offered an accommodation to religious organizations, including the Little Sisters of the Poor, by exempting them from the mandate, which provides cost-free contraception coverage, the Little Sisters have said that the current accommodation, which requires signing a form for third-party coverage, continues to infringe on their religious freedom.

This summer the U.S. Supreme Court heard a case for a third time regarding the mandate and in a 7-2 ruling in July, upheld an exemption for the Little Sisters of the Poor on religious grounds.

Becerra has also been criticized for his decision to prosecute pro-life activists who recorded undercover videos of Planned Parenthood officials negotiating the price of fetal tissue, eliciting further criticism from the head of the pro-life lobbyist organization Susan B. Anthony List, and the March for Life.

Yet in an interview with NCR, Haddad said that she chose to speak out in support of Becerra's nomination, along with the other appointees to Biden's health care team, because of the need to find common ground to attend to the vulnerable, especially during a pandemic.

"There have been so many political battles over the course of the past four years that we really have not advanced much in the area of health care," she said. "We know that no individual will have all of the same policy positions that we might have, but we have to find common ground. Otherwise, it's the people who are poor who are most impacted by our inability to mobilize."

Haddad said that during President Donald Trump's administration, the Affordable Care Act has been consistently under siege, preventing any serious progress on health care expansion.

"We can no longer have this stalemate," she said. "People are hurting and we have to be able to address their needs."

Haddad said that Becerra's passion for a number of social justice issues "aligns with our work at CHA and our work in Catholic ministries, whether it's on affordable health care for the most vulnerable, looking at Medicaid expansion, his stance on immigration, his stance on the environment."

"These are all critical issues that Pope Francis has come out very strongly on, so I'm just delighted to have someone who has articulated and someone who has a track record on advancing those causes," she added.

While she's aware of criticism from some fellow Catholics, she said it's important to model Francis' approach of finding areas of collaboration rather than focusing only on areas of disagreement.

"We can no longer lead with opposition," said Haddad.