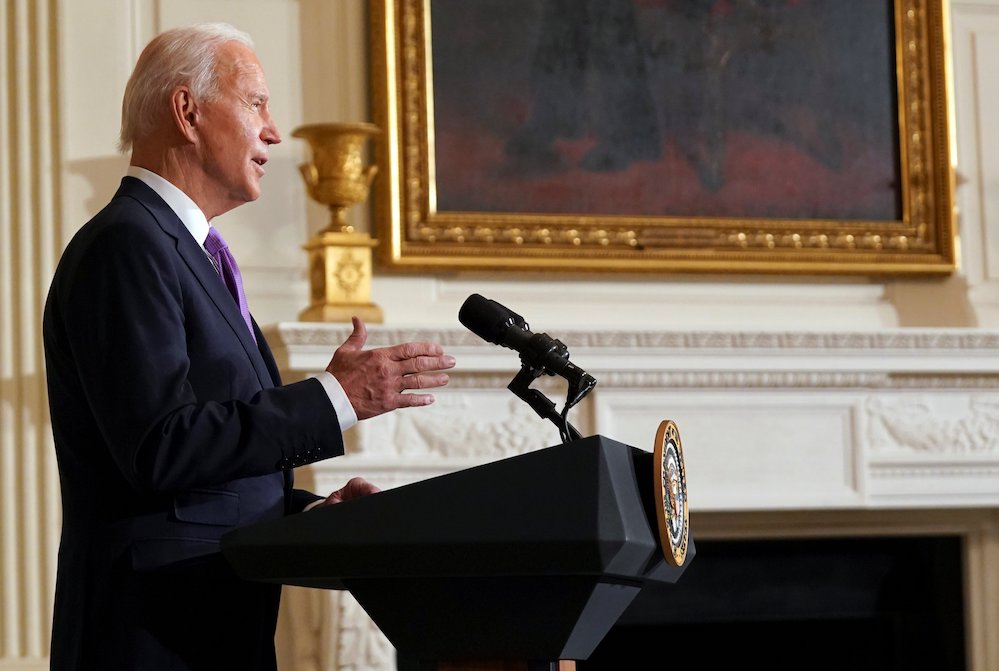 In the more than two months since Archbishop José Gomez, president of the U.S. bishops' conference, announced a working group to deal with the incoming Biden administration, its full membership and the scope of its work has remained shrouded in secrecy.

NCR has learned that the full constitution of the 10-person working group, which does not include President Joe Biden's longtime bishop in Delaware nor his new local bishop in Washington, D.C., has met virtually on two occasions. The group has recommended that the U.S. bishops' conference develop a document on the importance of "Eucharistic coherence or consistency," according to a Jan. 19 letter from Gomez to all the U.S. bishops.

Chieko Noguchi, a spokeswoman for the U.S. bishops' conference, declined to comment since the working group has yet to issue any public statements.

At the conclusion of the bishop's annual fall meeting on Nov. 17, Gomez announced that a group would be formed to examine the "difficult and complex situation" of a Catholic president who is out of sync with Catholic teaching on specific policy matters, specifically citing abortion and LGBT rights.

Gomez announced that the working group would be chaired by the vice president of the bishop's conference, Archbishop Allen Vigneron of Detroit. He also said it would include the "chairman of the committees responsible for the policy areas at stake," along with the heads of the committees on doctrine and communication.

At the end of the surprise announcement, he promised "more information shortly after the conclusion of our meeting."

In the 73 days since that time, no further statements on the working group have been made public.

But NCR has learned that in addition to Vigneron, who chairs the Biden working group, the body consists of:

On Inauguration Day, Gomez took the unprecedented action of issuing a 1,250-word statement on Biden after consultation with the working group.

While Gomez said in that statement that he hoped there would be room for collaboration, he also warned that "our new President has pledged to pursue certain policies that would advance moral evils and threaten human life and dignity, most seriously in the areas of abortion, contraception, marriage, and gender." Gomez's statement went on to dedicate four paragraphs to enumerating areas of disagreement.

Cardinal Blase Cupich of Chicago, in a rare public rebuke, called the statement "ill considered" and senior officials in Rome voiced their concern about the seemingly hostile stance of the bishops' conference toward the new administration. By contrast, Pope Francis issued a customary letter on Inauguration Day offering his prayers and, after Biden's election victory, called Biden and said he looks forward to the two working together.

"Whatever its intentions, the statement from Gomez, because of its timing, its length and some of its language caused more conflict and confusion rather than offer a clear message or a foundation for working with the Biden administration," said John Carr, who worked for 25 years as a top policy advisor to the U.S. bishops.

"They need to not simply proclaim, but to engage and persuade," he told NCR, adding that a major challenge for the bishops' conference is to promote "unity among the bishops with Pope Francis, rather than showcasing their divisions."

In Gomez's Jan. 19 letter to his fellow bishops, obtained by NCR, he noted that the Biden working group had made two recommendations: First, that Gomez write to Biden "as a pastor, acknowledging those areas where we are in agreement with him, and our promise to support him in those initiatives."

"The letter should also address those areas where his proposed policies are contrary to human dignity and to urge him to reassess his position, most notably on abortion," it continued. Gomez then noted that he had opted to make the statement public on Inauguration Day and that it would "echo the themes proposed by the working group."

The decision to make the statement on Biden public, rather than a matter of private correspondence, set off a firestorm among church leaders in the United States and Rome, with some commentators noting it marked a stark contrast to the way in which the bishops' conference engaged with former President Donald Trump. 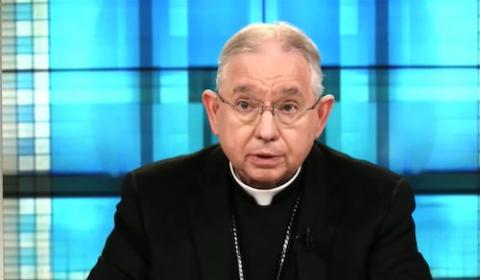 The second initiative from the working group, according to Gomez's letter, was the proposal for a document outlining church teaching on the Eucharist, "including the fact that our relationship with Christ is not strictly a private affair." He added that the teaching document would be a part of the focus for the conference's 2021-2024 strategic plan.

Massimo Faggioli, a church history professor at Villanova University, told NCR he considered it "really strange" that neither of Biden's bishops who have jurisdiction over him under canon law would be involved in recommendations of the working group.

In recent weeks, some bishops and commentators have pointed to a 2004 letter from the Vatican's Congregation for the Doctrine of the Faith in response to questions as to whether Catholic politicians who support legal abortion are allowed to receive Communion.

Some prelates have claimed that the letter, which was a private correspondence and not an official Vatican document, makes clear that such individuals should be denied Communion. In response to the controversy at the time, the U.S. bishops went on to adopt a statement on "Catholics in Political Life" that states that "bishops can legitimately make different judgments on the most prudent course of pastoral action."

A follow-up letter from then-Cardinal Joseph Ratzinger, who would go on to become Pope Benedict XVI, states that the U.S. bishops' position to allow the local pastors power to make that decision was "very much in harmony with the general principles" outlined in the Vatican's approach to the question of Communion.

Both Pope John Paul II and Benedict personally administered Communion and presided over public Masses in which pro-choice politicians received the sacrament. Cardinal Wilton Gregory of Washington has already made clear he does not intend to deny Biden Communion. Similarly, Bishop Francis Malooly of Wilmington, Delaware, has previously stated "I do not intend to get drawn into partisan politics nor do I intend to politicize the Eucharist as a way of communicating Catholic Church teaching." 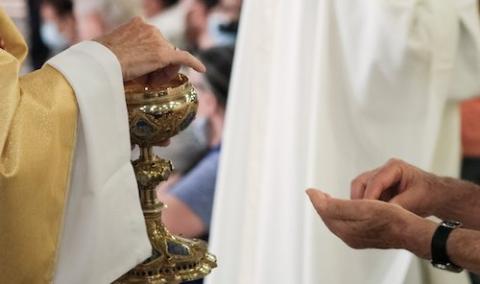 Carr said that when it comes to church teaching, bishops "need to teach not just on one issue, but about respect for human life."

"The challenge here is not that Catholics don't know that the church is against abortion," he said. "It's that they don't accept it and act on it. That's a problem for the bishops, not Joe Biden."

Carr, co-director of the Initiative for Catholic Social Thought and Public Life at Georgetown University, said that when it comes to policy, the bishops' conference needs to distinguish among areas of agreement, areas where they need to negotiate and areas of principled disagreement.

"We need a lot more talk about the humanity of the unborn child than whether president Biden can go to Communion," said Carr. He added that issues such as saving the Hyde Amendment, which bars the use of federal funds for abortions and insurance policies that cover abortion, is worth fighting for, but that it requires a better approach in engaging the new administration.

"Linking together abortion, contraception, marriage and gender fails to make distinctions," said Carr. "We have to be very careful that Catholics who support the church's teaching on abortion can demonstrate that they do so because of their moral convictions, not because they fear discipline from their church."

Faggioli, author of the new book Joe Biden and Catholicism in the United States, said that the lack of transparency on the Biden working group was not because of a "logistical problem"  in terms of communication within the conference or its size, but one that shows that the U.S. church is "paralyzed" and "disconnected from the culture of collegiality and synodality" that Pope Francis has sought to promote.

Carr said that he first read Gomez's statement on Inauguration Day, as Biden attended a private Mass in Washington's St. Matthew's cathedral, the same place where Francis had addressed the U.S. bishops during his visit in 2015.

Carr recalled that at the time "the pope told them that dialogue has to be the way for the American bishops."

When asked whether he thought they would heed the pope's words, Carr replied: "I hope they will, but we're not off to a great start."

This story appears in the Bishops, Biden and Communion feature series. View the full series.
A version of this story appeared in the Feb 19-March 4, 2021 print issue under the headline: Bishops' working group on Biden operates in the shadows.