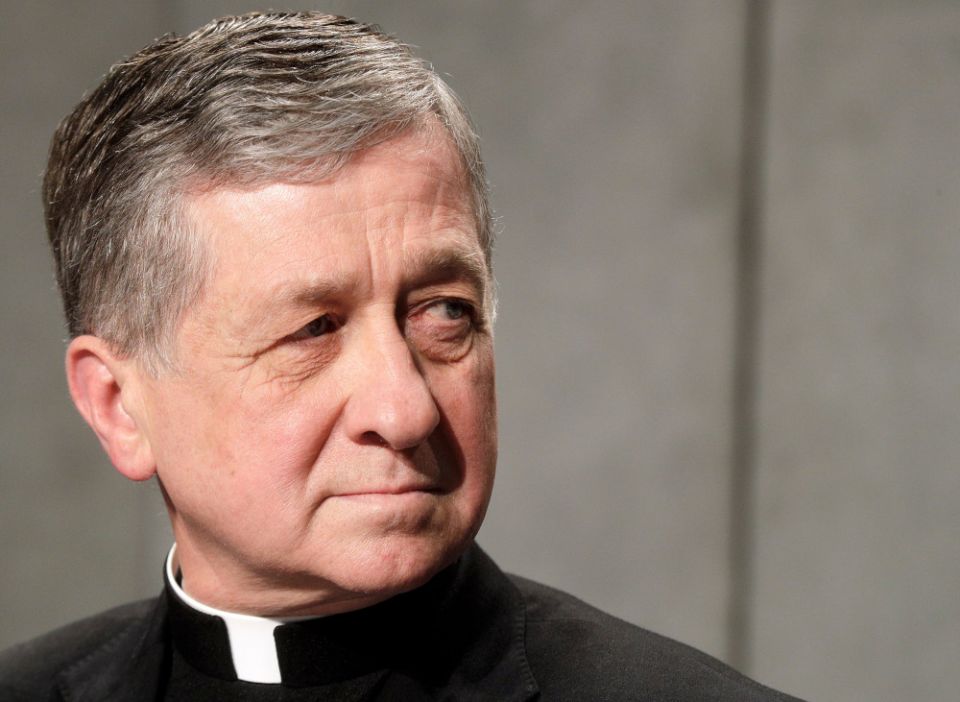 Cardinal Blase Cupich, Archbishop of Chicago, attends a press conference ahead of the summit on preventing clergy sex abuse at the Vatican on Feb. 18, 2019. (AP Photo/Gregorio Borgia)

The American Catholic bishops are split over how to deal with Joe Biden, the first Catholic president since John F. Kennedy, but it's not just one split.

A small but vocal minority wants to punish the new president for his support of legalized abortion, gay rights and birth control. These are the bishops who consider Biden a bad Catholic who should not be allowed to go to Communion. But even the late Cardinal Francis George of Chicago, no liberal, thought this was a bad idea and told his priests not to play cop at the Communion rail.

A larger group of conservative bishops wants to avoid ecclesial penalties such as denying Biden Communion, but still want to wage war on the Democrats because of their support for these issues. These are the bishops for whom abortion is the most important issue, trumping all other concerns. They believe that there is no room for compromise.

A minority of liberal bishops would like to downplay differences with the administration and instead work with it on social justice and peace issues.

On Inauguration Day, Pope Francis appeared to support this faction when he sent Biden a message that did not mention areas of disagreement. Rather, the pope prayed that God "guide your efforts to foster understanding, reconciliation and peace within the United States and among the nations of the world in order to advance the universal common good."

Such a message is not surprising. The Vatican diplomatic service is idealistic in its goals but realistic in its approach to nations, including the United States. It looks for areas of agreement where it can work with other governments rather than look for fights.

It's not always apparent, in part because everyone likes to see a fight. One U.S. ambassador to the Holy See described a meeting between a Democratic secretary of state and the Vatican where they spent almost all the time on areas of common interest. As they were walking out the door, the Vatican official said, "You know, of course, that in the press release we will have to mention our disagreement over abortion."

The media focused on this one sentence of the press release, not knowing that abortion was not even discussed.

A large number of American bishops want to chew gum and walk at the same time. They prefer to support the administration on issues where they agree and oppose it where they disagree.

Los Angeles Archbishop Jose Gomez, as president of the U.S. Conference of Catholic Bishops, tried to speak for these bishops in his statement on Inauguration Day.

His statement started on a positive note as he prayed that God would help the president "to heal the wounds caused by this pandemic, to ease our intense political and cultural divisions, and to bring people together with renewed dedication to America's founding purposes, to be one nation under God committed to liberty and equality for all."

He declared that the "bishops are not partisan players in our nation's politics," but "When we speak on issues in American public life, we try to guide consciences, and we offer principles."

He noted that "our moral principles lead us to prudential judgments and positions that do not align neatly with the political categories of left or right or the platforms of our two major political parties."

The first part of the letter put Gomez clearly in the ranks of bishops who wanted to chew gum and walk at the same time.

He went on to acknowledge that Biden, as a Catholic, will be a special case.

"It will be refreshing to engage with a President who clearly understands, in a deep and personal way, the importance of religious faith and institutions," wrote Gomez. "Mr. Biden's piety and personal story, his moving witness to how his faith has brought him solace in times of darkness and tragedy, his longstanding commitment to the Gospel's priority for the poor — all of this I find hopeful and inspiring."

Certainly, this is one of the most positive statements to be made by a bishop on Biden's faith. No one can ever again call him a bad Catholic.

But the tone quickly changes in the next paragraph when the conference president stated, "our new President has pledged to pursue certain policies that would advance moral evils and threaten human life and dignity, most seriously in the areas of abortion, contraception, marriage, and gender. Of deep concern is the liberty of the Church and the freedom of believers to live according to their consciences."

The next four paragraphs continue to lay out in detail the bishops' differences with the new Biden administration on these issues. There are no paragraphs detailing their areas of agreement.

Reports coming from Rome indicate that the Vatican was not happy with the conference statement, feeling it was too negative for such an occasion. The bishops did not issue a similar statement when Trump was inaugurated.

"Today, the U.S. Conference of Catholic Bishops issued an ill-considered statement on the day of President Biden's inauguration," he tweeted. "Aside from the fact that there is seemingly no precedent for doing so, the statement, critical of President Biden, came as a surprise to many bishops, who received it just hours before it was released."

He said that the statement was crafted without the normal collegial consultation necessary for such an important document.

Although Gomez may have wanted to chew gum and walk at the same time, the letter came off emphasizing the bishops' differences with the new administration. The bishops came across as obstructionists at a time when even Republicans are mouthing bipartisan words.

The bishops' faction that wants to wage war on the administration appears to still be in control of the bishops' conference. Whether bishops like Cupich will be able to turn around the Titanic before it crashes remains to be seen.

Column | Catholic bishops split on how to deal with Biden

Bishop bars Illinois Catholic lawmakers who back abortion from Communion