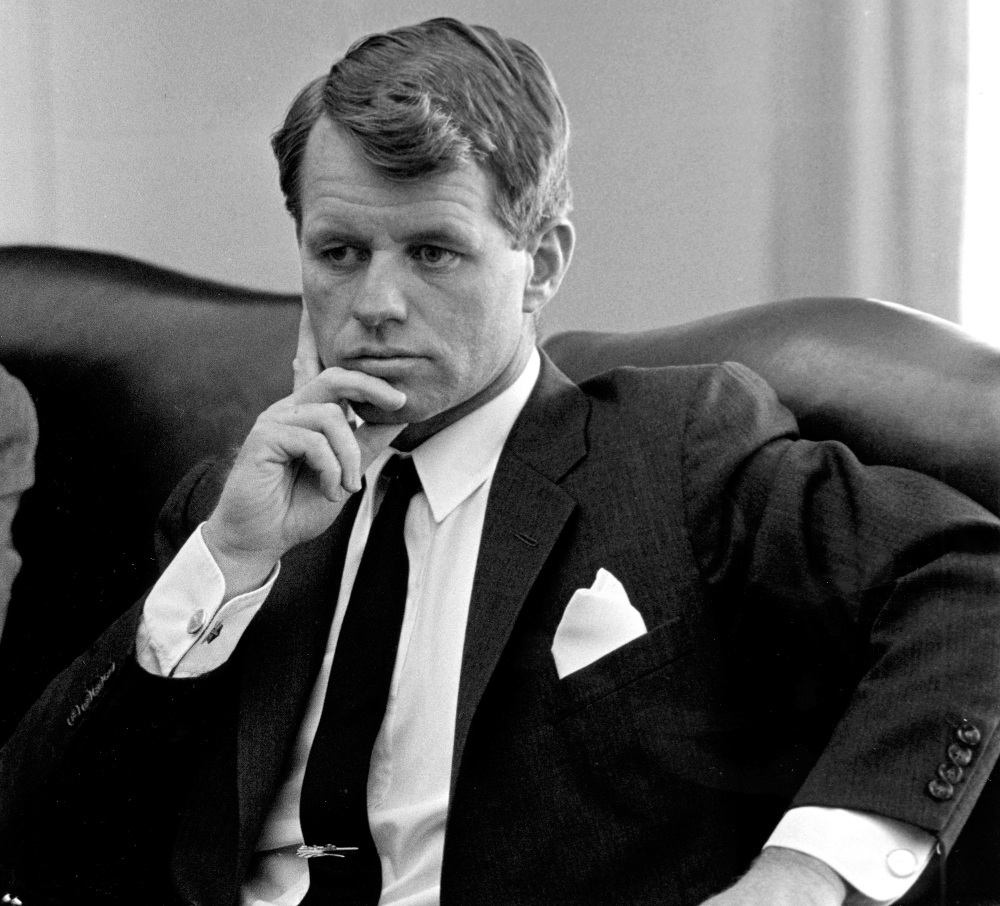 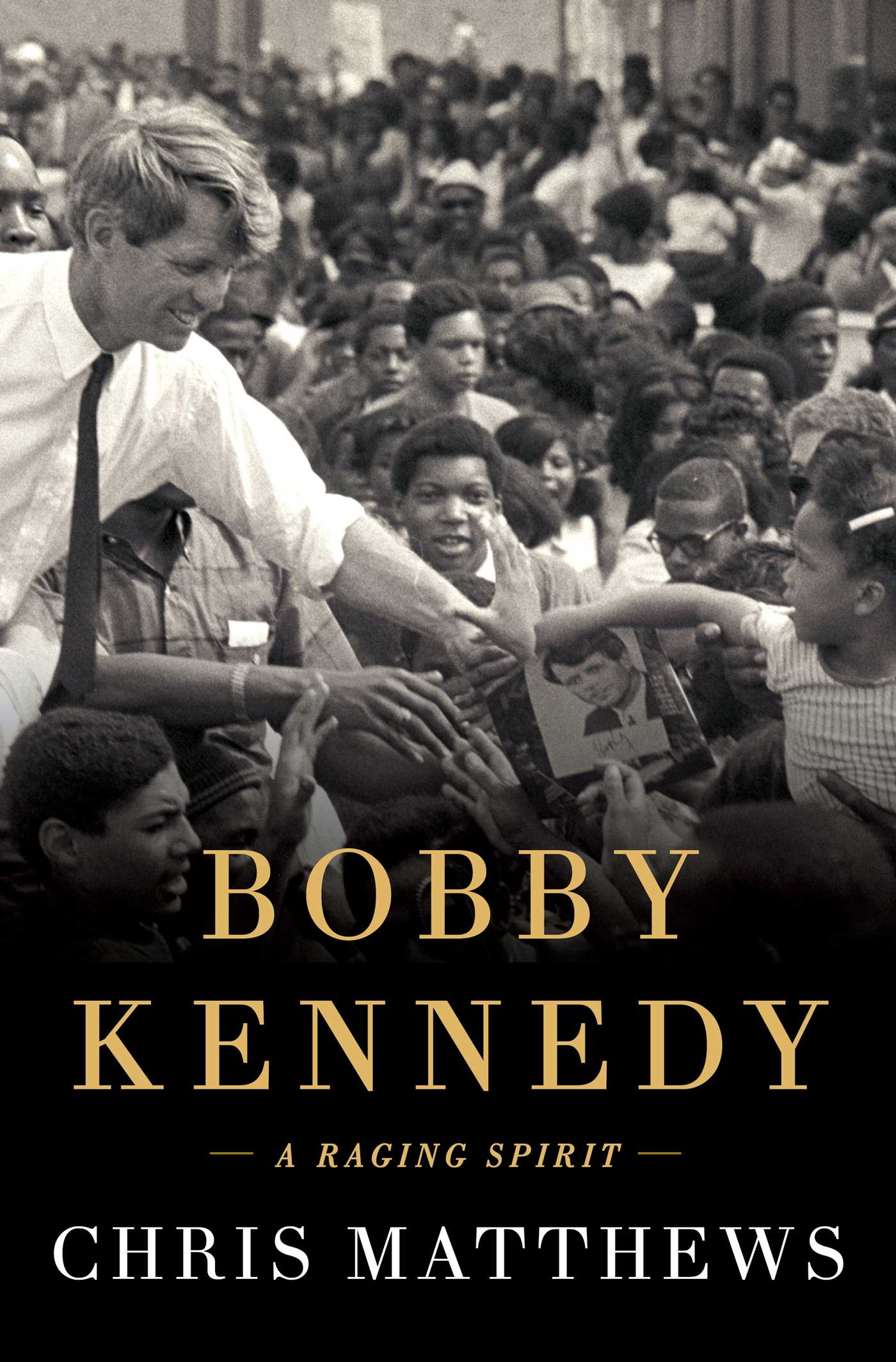 Next year marks the 50th anniversary of Robert Kennedy's assassination, so expect a surge of interest in the one-time Joe McCarthy ally who became a mythic, martyred darling of the left.

Already this year, Kennedy was an important presence in Ken Burns and Lynn Novick's epic documentary about the Vietnam War. In addition, Matt Damon is working on a Kennedy biopic, and Hulu is working with actor Chris Pine on a small-screen version of Kennedy's life.

Until then, we have a new biography, Bobby Kennedy: A Raging Spirit, to add to shelves already groaning with such tomes. Which begs the question: What could there possibly be left to say about Bobby Kennedy?

Short answer: Not much. Still, author and MSNBC pundit Chris Matthews deserves praise for highlighting aspects of Robert Kennedy's life that are too often ignored.

Though hardly the first author to chronicle the importance of Kennedy's faith, Matthews — himself a product of Irish Catholic Philadelphia — offers revealing insights into the intersection of religion and politics. In a narrative that sometimes reads like a "greatest hits" of mid-century American history — McCarthyism, Hoffa, the Bay of Pigs, "JFK, blown away" — this may be Matthews' most illuminating angle. Also provocative is Matthews' assertion that Bobby Kennedy was not only the most religious of the Kennedy children, but also the "least assimilated."

More broadly, Matthews deftly explores the Catholic American strain of anti-communism, which guided both Jack and Bobby for much of their lives, and goes a long way toward explaining the family's close relationship with the demagogic McCarthy, which did not end until the senator from Wisconsin drank himself to death. Matthews relays the story of Bobby quietly attending McCarthy's funeral with sympathy and poignance.

Given our current political climate, Bobby Kennedy also deserves credit for having done something that fewer and fewer Catholic Americans do these days: look at the marginalized and see the shadows of their own desperate ancestors.

While it's hard to think of the affluent Kennedys and link them to the oppressed, Joe Sr. — for all of his wealth and power — felt the sting of Boston WASP condescension so acutely that he moved the family to New York.

Growing up, the emotional Bobby "couldn't help but reveal himself if circumstances evoked it," writes Matthews. Robert Kennedy once wrote an angry letter to Boston Cardinal Richard Cushing complaining about a priest who preached that salvation could not be found outside the church. Jack even referred to his younger brother as "Black Robert" and believed, Matthew writes, that Bobby was "too serious, too earnest, too much the straight arrow."

Of course, it was those qualities — plus hearty doses of ruthlessness and ambition — that made Bobby such an effective right-hand man for his cooler, more dashing brother, who, after giving Bobby yet another unenviable task, liked to add: "And keep me out of it."

Bobby hustling behind the scenes at the 1956 and 1960 Democratic conventions makes for fun reading, and Matthews — himself a onetime Beltway operative — strikes a fine balance by offering an insider's view without making the story all about him.

Neither does Matthews shy away from the many warts pockmarking the Kennedy clan: the affection for McCarthy, Joe Sr.'s anti-Semitism, his sons feeling embarrassed by their old man.

While Matthews does give us plenty of family background, there is curiously no mention that Joe Sr. wanted to run for president in 1940. Equally baffling is Matthews' decision to let stand the myth of the close 1960 election.

To be fair, since there is so much Kennedy lore, Matthews had no choice but to leave lots out. As it is, in A Raging Spirit, we sometimes lose the focus on Bobby, amid all the other Kennedy stories.

Ultimately, what may be most important about Robert Kennedy in 2017 is nothing from the past but, instead, our current political climate.

At a time of such profound partisan division, Kennedy's much-celebrated ability to bridge gaps makes him look more and more like a political unicorn, a figure of pure fantasy.

His book, Matthews declares, "is about the Bobby Kennedy we'd want to have today."

It is worth noting that Bobby Kennedy displayed such broad appeal for exactly four months in 1968, before he was cut down in June.

Whether or not Kennedy's famed empathy and idealism would have survived the grind of the Democratic primary, or a campaign against Nixon, is a different story. But Matthews' book — and the planned Damon movie and Hulu TV series — suggest it is a story some people still desperately want to hear.

[Tom Deignan is a columnist for Irish Voice newspaper and a contributing writer for the forthcoming book Nine Irish Lives: The Fighters, Thinkers, and Artists Who Helped Build America.]