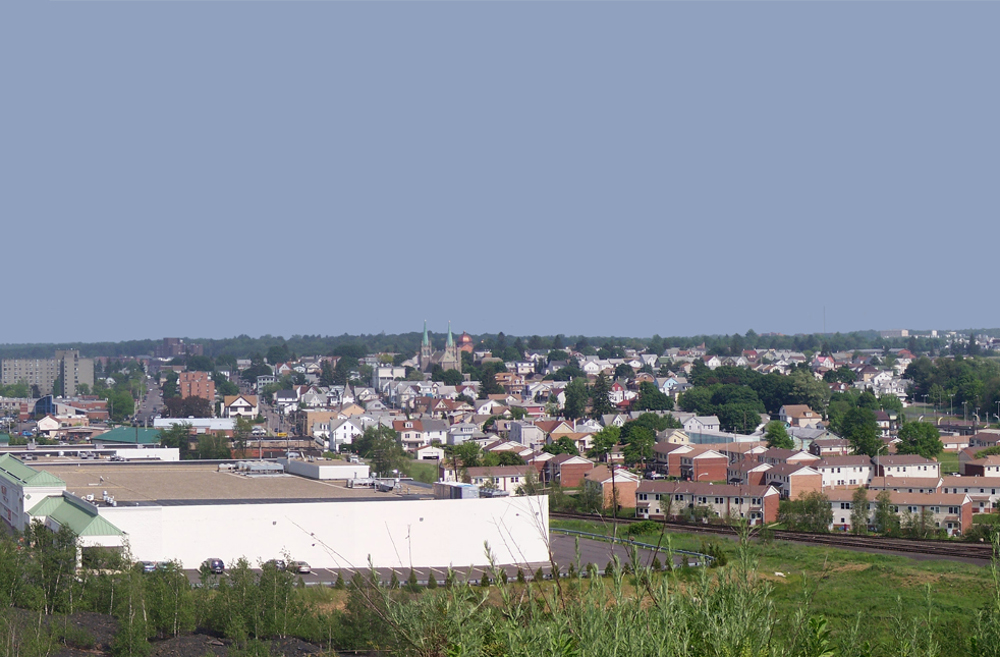 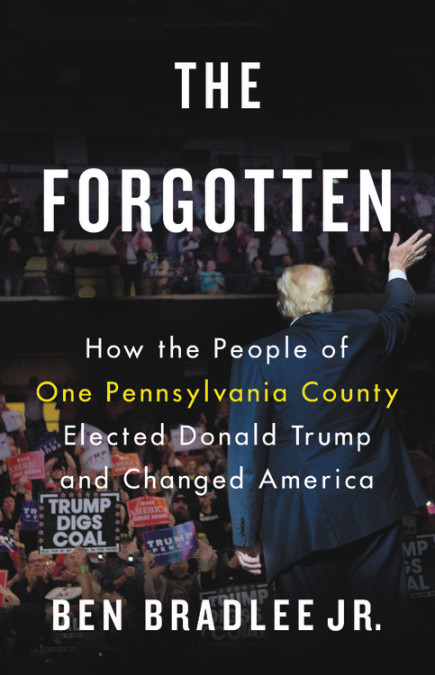 THE FORGOTTEN: HOW THE PEOPLE OF ONE PENNSYLVANIA COUNTY ELECTED DONALD TRUMP AND CHANGED AMERICA
Ben Bradlee Jr.
304 pages; Published by Little, Brown
$28.00

Ed Harry is a 72-year-old Pennsylvania native, son of a coal miner and veteran. He is hardly anyone's idea of a hippie.

Yet Harry — one of many Luzerne County residents profiled in Ben Bradlee Jr.'s illuminating yet insufficient new book — sounds downright countercultural when he likens the "major networks" to "propaganda machine[s]."

Similarly, Brian Langan, a retired detective whose father was a top AFL-CIO official and "pro-life Democrat," casually rails against "the establishment" and "the elites."

President Donald Trump has confounded critics at every turn, and one of his most unlikely tactics has been co-opting the alternatively paranoid and hippie-dippy language of the 1960s.

Overall, Bradlee's book is an important addition to the booming cottage industry of what might be termed "white working-class studies."

But it also misses an opportunity to pursue key questions about two of the hot-button topics — religion and immigration — that catapulted Trump to the White House.

Early on, Bradlee, who, as an editor, oversaw much of The Boston Globe's Pulitzer Prize-winning coverage of the church sex abuse scandal, writes: "A closer examination of the Pennsylvania vote revealed that Trump had won largely on the strength of his showing in the northeast part of the state, and it was one county — Luzerne — which led the way."

In the tradition of J. Anthony Lukas' Common Ground, or Samuel J. Freedman's The Inheritance, Bradlee immerses himself in the world of Luzerne's Trump supporters — an all-white yet still-diverse crew, including ex-Democrats, a white nationalist, and an evangelical husband and wife — and lets their voices take center stage. Bradlee admirably avoids the condescension that can sometimes emerge when coastal types set out to discover red-state " 'Murica."

A more revealing local conflict that several speakers return to, which may have been worth exploring in greater depth, is the spike in violent crime that has accompanied swift demographic changes in small cities like Hazleton, which has gone from 5 percent to 52 percent Hispanic since 2000.

A full decade before Trump's election, local politician Lou Barletta made headlines around the world when, as mayor, he vowed "to make Hazleton the toughest place on illegal immigrants in America."

Often depicted as a backlash bigot, Barletta tells Bradlee: "The media keeps confusing legal immigrants, who I'm all for, with illegals, even though I've been so careful to point out we're talking about illegal immigrants."

Some readers may quibble with the fact that many of Bradlee's subjects turn out to be political activists or careerists. This is not to say their opinions are invalid, but one generally doesn't expect an explication of the finer points of the Trans-Pacific Partnership from the guy one barstool over.

An undeniable highlight of The Forgotten is a painful exchange of text messages between a Trump supporter and her college-student grandson, who declares, "Your party has become the party of the KKK and neo-Nazis."

The grandmother later says: "I'm sure I'm not the only one who has had to deal with estrangement from family members because of the election."

But if Bradlee is strong on the issues and emotions driving Trump supporters today, he and his subjects avoid important questions about how we all got here.

Bradlee describes Luzerne as "predominantly Catholic," and the names of his interviewees read like a Knights of Columbus roll call: Barletta, Langan, Deluca, Czarnecki.

In the late 19th century, Bradlee writes, "waves of immigrants from Ireland, Italy, Germany and Eastern Europe flocked to Northeast Pennsylvania … to share in whatever crumbs of lucre the coal barons deigned to share with them, which wasn't much."

By 1960, "a huge turnout of ethnic Catholics in Luzerne County" helped John F. Kennedy beat Richard Nixon by just over 100,000 votes in Pennsylvania.

How can these children and grandchildren of immigrants justify their support of Trump, whose suspicion of all things foreign goes well beyond the undocumented?

By relying on myths about America's immigrant past.

One interviewee declares that Luzerne is not "immigrant averse. The aversion is to unlawfulness and a lack of willingness to assimilate."

Another adds, "This area has a big distaste for illegal immigration because most of the people in the mines were legal European immigrants."

This implies that yesterday's immigrants were uniformly "legal," law-abiding and timid, a profound simplification that Bradlee's "forgotten" voters themselves undermine.

One notes, "Hazleton used to be run by the Italian mafia," while Barletta points out that when he was growing up, there "was the Irish church, the Italian church, the Slovak church, and so on. That's how neighborhoods were organized at the time."

As for crime and disorder, in a (too brief) historical section, Bradlee mentions the secret Irish labor society the Molly Maguires, whose tactics included "attacks against mine bosses … beatings and murders."

Given the prominence of Catholicism in this region, it might have been intriguing for Bradlee to speak with faith-based activists who work with the population — the poor, immigrants, even criminals — who have raised the hackles of so many.

More broadly, the selective ethnic memory evident in The Forgotten is part of a broader nostalgia so beloved by Trump voters. Ultimately, as the all-important midterm elections approach, most in Luzerne continued to praise Trump, without even mentioning his most consequential achievement: affecting the way voters think about the past, rather than the present or future.

After all, if truth isn't truth, what does it matter if the finer points of history are, well, forgotten?

[Tom Deignan has written about history and religion for The New York Times, The Washington Post and Commonweal. A columnist for The Irish Voice, he was a contributor to the recent book Nine Irish Lives.]

A version of this story appeared in the Oct 19-Nov 1, 2018 print issue under the headline: Portrait of Trump supporters misses key questions.