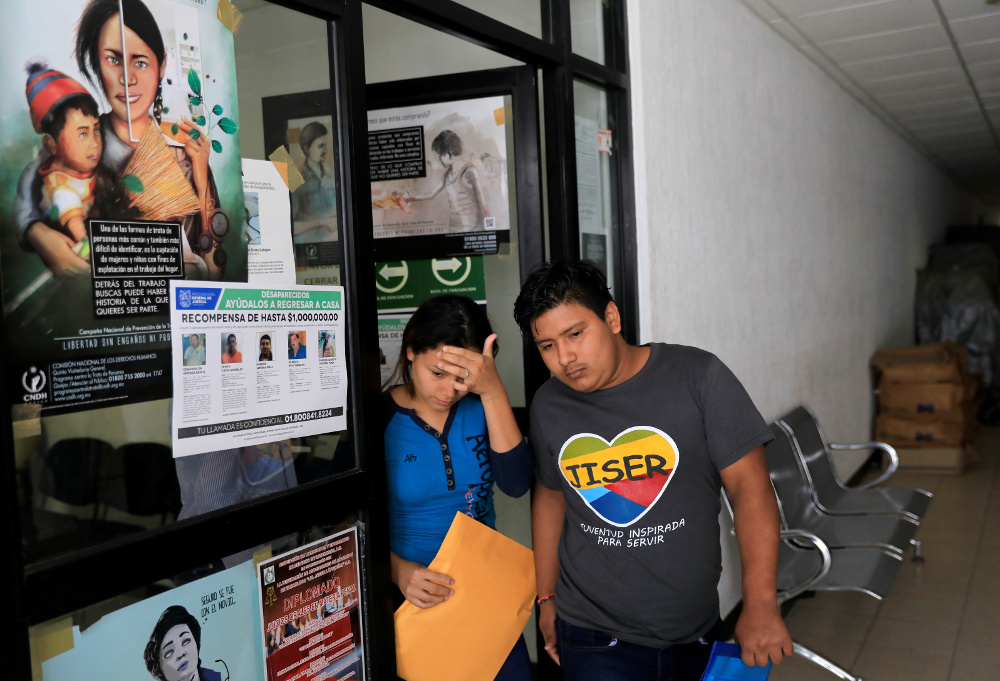 The bodies of a young father and his toddler are expected to be returned to El Salvador in late June for burial, days after they were swept up by a current in the Rio Grande River during an attempted border crossing into the United States.

The government of El Salvador said it was paying the cost for the repatriation of the bodies of Óscar Alberto Martínez Ramírez, 25, and his 23-month-old daughter, Valeria, whose deaths sparked worldwide outrage, condemnation and sadness.

Though countless migrants, including children, have died during the trek over the years, rarely are those deaths documented in the same fashion, nor have they caused such widespread reaction.

The photo of the father and daughter, captured by journalist Julia Le Duc hours after the two were found on the banks of the Rio Grande, raised the temperature on an already heated debate in the U.S. about the treatment of immigrants, particularly children at the border.

Carlos Colorado, a Catholic Salvadoran who lives in Los Angeles, tweeted the photo, which had then only circulated in Spanish-language media, after he saw it early June 24.

"I knew this image would help unmask the inhumanity of our system and immigration policies, and I posted it on Twitter with an English caption (because) I'd only seen it posted in Spanish," he told Catholic News Service via Twitter June 27. "Clearly it is a very powerful image. It's not just a picture of these poor drowning victims; it's a picture of us, it holds up a mirror to our action/inaction."

The deaths and the indignation took up a chunk of time during the first round of the Democratic presidential candidate debates June 26, even though immigration had sparsely been mentioned before then by most of the candidates. In Catholic Church circles, the pope issued a statement, as did the U.S. Conference of Catholic Bishops and numerous Catholic organizations, including Catholic Charities, the Ignatian Solidarity Network, and individual U.S. bishops on Twitter.

"This horrible incident serves as a stark reminder of our broken immigration system and the urgent need for immediate action," said Cleveland Bishop Nelson Perez in a June 26 statement.

Some Catholics took to Twitter to criticize U.S. Catholic bishops on the social media platform because of their defense of immigrants, saying the migrant father had been "incredibly irresponsible" for not waiting at a proper point of entry, while others said he took a "stupid risk" and admonished the bishops, saying they should encourage others to "responsibly parent."

Colorado, a lawyer by training, is an immigrant who spent almost a decade separated from his mother when she left during the time of the civil war in El Salvador in the 1980s. He said parental decisions, when it comes to immigration, are complex.

"As a lawyer, I have dabbled in this issue, representing separated families last year and I know that love pervades what immigrant parents do, and the choices they make for their children," he said. "I also know it personally, of course; when we came, my mother came first and left me behind in El Salvador. It was almost 10 years before she was able to bring me legally!"

Before the photo of the father and daughter was published, Hidalgo County Sheriff J.E. Guerra tweeted June 23 the news about four bodies found near a river close to McAllen, Texas, near the border. They turned out to be a family of immigrants: a 20-year-old Guatemalan mother and her three children, two infants and a toddler, the sheriff said.

That drowning, along with unrelenting reports of deplorable conditions for children in detention at the border and comments that they weren't "our children," prompted border Bishop Daniel Flores of Brownsville, Texas, to go on Twitter June 25 to say that "any discussion about immigrant children that begins with 'but they are not our children' is starting from a position both contrary to natural law and Catholic Faith."

Flores, who visits immigrant children in detention and is at ground zero of the debate in the McAllen-Brownsville area near the border, said national borders "are not absolute."

"To argue that we may defend them by any means deemed effective is statist voluntarism," he said. "It manifests at the level of government the false claim of an individual's right to unconstrained will. Either way, the powerful decide who gets thrown away."

Perez, in his statement, said that "all people, regardless of their country of origin or legal status, are made in the image of God and should be treated with dignity and respect." He said Congress has a duty to care for and provide for the needs of children in federal custody. Any legislation going forward should increase protections for immigrant children, "including heightened standards and oversight for border facilities."

In Virginia, Salvador Zelaya, a Salvadoran Catholic father of four, who works with Salvadorans abroad, took to Facebook June 24 to express sadness and indignation about the situation.

"Once again, another Salvadoran family is in mourning because of the lack of opportunities in our country," he said. "I only ask God resignation for the family in mourning, and of my people, I ask that they be more demanding of our representatives in government. We would not have the need to go outside of our national borders to seek the prosperity that our rulers have refused to give.

"If they had not stolen the funds of the state, our country would be prosperous," he continued, "and we would have saved the lives of many of our citizens like the one we see today next to his little daughter in the photo. I am outraged to see this tragedy, and I ask my people to denounce any representative of the government involved in corruption. No more, no more deaths, please."

Salvadoran Foreign Minister Alexandra Hill Tinoco told Salvadorans not to risk their lives and their children's by making the journey north, according to a June 25 report in La Prensa Grafica newspaper.

However, some Salvadorans living in the country also risk their lives if they stay in high-poverty zones, where gang violence is rampant, such as the one where Martínez and his family lived. El Salvador regularly finds itself on top of a list of most dangerous countries not at war, often trading spots with neighbors Guatemala and Honduras.