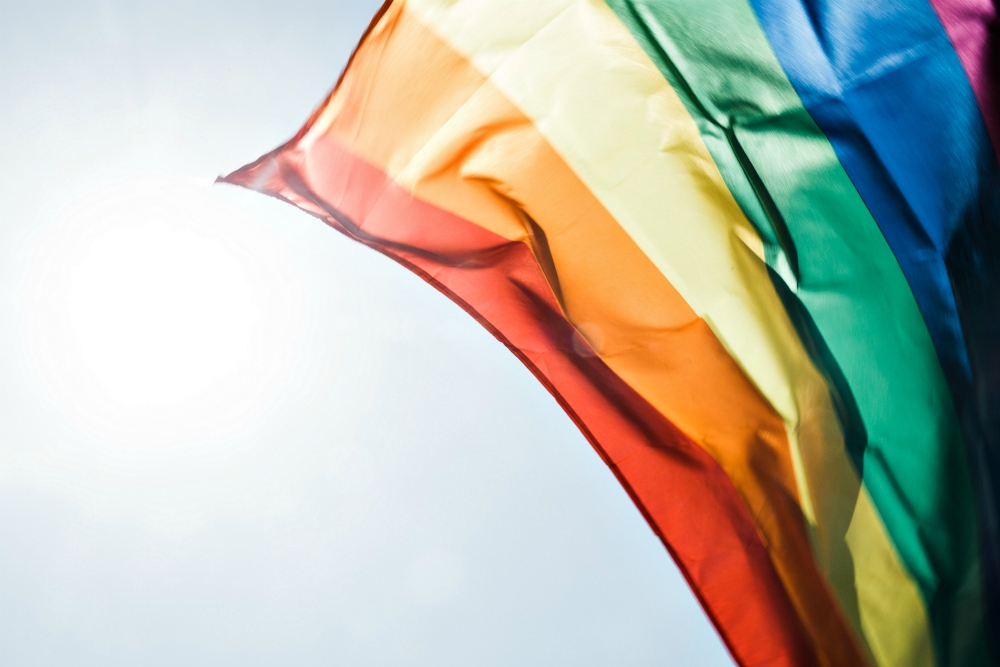 Lesbian, gay, bisexual and transgender students in British Catholic schools will likely feel safer this coming academic year, thanks to a new set of guidelines for educators aimed at reducing bullying directed toward sexual minorities. The publication of these guidelines is a milestone in Catholic outreach to the LGBT community because they are the first initiative to counter bullying that has been produced by a Catholic bishops' conference.

Toward the end of the last school year, the Catholic Education Service of the Catholic Bishops' Conference of England and Wales, in partnership with St. Mary's University, Twickenham, produced Made in God's Image: Challenging Homophobic and Biphobic Bullying in Catholic Schools. The 36-page booklet offers a solid Catholic rationale for countering such bullying and, practically, it provides a series of eight lesson plans for discussing respect for lesbian, gay and bisexual individuals with middle school children. (Transgender people are not mentioned in the general sections of the document, bullying against them is mentioned briefly in the lesson plans.)

Made in God's Image begins by laying down its Catholic foundations, stating the guidelines are "part of the commitment of the Catholic to the pastoral care of pupils and in particular the elimination of homophobic stereotyping and bullying for all children and young people educated in our Catholic schools."

While acknowledging the magisterium's disapproval of genital same-sex relationships, the document takes a decisive step to valorize the church's social justice teaching as the lens through which bullying should be viewed. Moreover, the bishops include school personnel, as well as students, in the target group to be protected:

If we are serious about inclusive education in our Catholic schools then we must be concerned with the quest for equity for all who work within our communities. The social teaching of the Church and our participation within this teaching should be at the heart of what guides our work as a community. The well being of all — staff and pupils — requires the removal of any barriers of prejudice, discrimination and oppression if all are to strive and to realise our potential as unique and fulfilled human beings.

The document's Catholic underpinnings and sensitive way in which it deals with an emotional issue will make it very effective. But another major contribution of this effort is that the bishops acknowledge that part of their motivation for producing the guidelines was to conform with their national government's requirement for greater equality for LGBT people.

While religious liberty is a treasured value in the U.K., the Catholic bishops there obviously do not see government regulation about LGBT issues as infringing on their faith. While U.S. bishops spend money and energy fighting LGBT equality, the U.K. bishops are working to find compatibility between government regulations and the practice of faith.

In the U.S., no such comprehensive plan to counter bullying in Catholic schools exists. According to a February 2016 U.S. Catholic article, neither the National Catholic Educational Association nor the U.S. Conference of Catholic Bishops was even keeping track of how many gay-straight alliances existed in Catholic schools.

In 2010, when a rash of suicides by LGBT youth who had been bullied caught the national media's attention, religious leaders across denominations spoke out to end this scourge of insults and humiliations. Noticeably absent: the U.S. Catholic bishops. Even though the bishops were meeting in conference at the time of the media attention to this issue, they issued no statement. They did, however, issue a statement condemning marriage equality initiatives.

U.S. Catholic bishops are quick to point out that they support the human dignity of LGBT people. Yet, the lack of any concrete policies or projects to support their public words always makes such avowals ring hollow. While there's been some improvement among U.S. bishops on LGBT issues recently, they still have a long way to go. 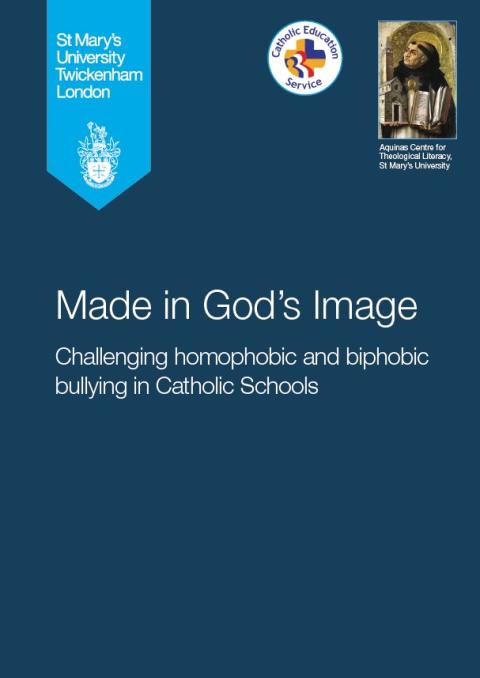 The cover of the booklet "Made in God's Image: Challenging Homophobic and Biphobic Bullying in Catholic Schools"

The British bishops' conference committee consulted with more than 50 Catholic schools to learn from their situations and resources while preparing Made in God's Image. Consequently, this document is not a top-down command, but an instruction based on the experience of real educators.

Explaining the need for the new guidelines, the British document examines the structural issues that need to be addressed to teach greater respect for LGBT youth. It is not simply a matter of correcting the behavior of offending youth who bully.

For example, teachers and administrators — particularly in Catholic schools — are often ill-equipped with how to deal with bullying. Many are unsure if they have support from administrators and parents to address such topics. Few school libraries stock information about LGBT development and identity. These guidelines provide not only safety for LGBT youth but also support for the educators who want to protect youth.

The guidelines do not shy away from the topic of same-sex relationships and marriage. The document recommends discussing these topics in "a sensitive, reasonable, respectful and balanced way." It explains to educators that they should discuss religious teachings on marriage "in an appropriate way in an educational context," and it explicitly warns against being overbearing about the topic:

If a school conveyed its belief in a way that involved haranguing, harassing or berating a particular pupil or group of pupils then this would be unacceptable in any circumstances. ... A teacher's ability to express his or her views should not extend to allowing them to discriminate against others.

This document can have an impact in the church in areas beyond school bullying. First of all, they show how to faithfully and respectfully navigate the religious liberty conundrum. Catholic teaching and civil equality laws can coexist and don't have to compete.

Secondly, the British bishops have shown how to turn church teaching, which condemns discrimination and violence against LGBT people, into concrete policies. Most importantly, the U.K. bishops have shown that sexual ethics does not have to eclipse social justice. Too often in discussions of LGBT issues, bishops see any move toward enacting social justice as a threat to sexual ethics. That is not the case in this document.

Will other bishops take up the lesson that their British brothers are teaching? I hope so. It's long overdue that U.S. Catholic national leaders address the problem of bullying by educating students in their schools about Catholic wisdom on respect for LGBT people of all ages. While the British document was written in the context of their nation's anti-discrimination law, the content of the lesson plans can easily be transplanted into American Catholic school classrooms.

Anti-bullying programs not only help potential victims, but they also help prevent potential perpetrators. Anti-bullying is not just about LGBT youth, but about healing and curing the fears, anxieties and falsehoods that dwell in the minds of potential bullies. Healing occurs for all.

[Francis DeBernardo is the executive director of New Ways Ministry.]

Read this next: Worry, hope arise over guidelines for LGBT students, families
Related: Catholic schools balance gay-straight alliance clubs with beliefs
A version of this story appeared in the Aug 25-Sept 7, 2017 print issue.