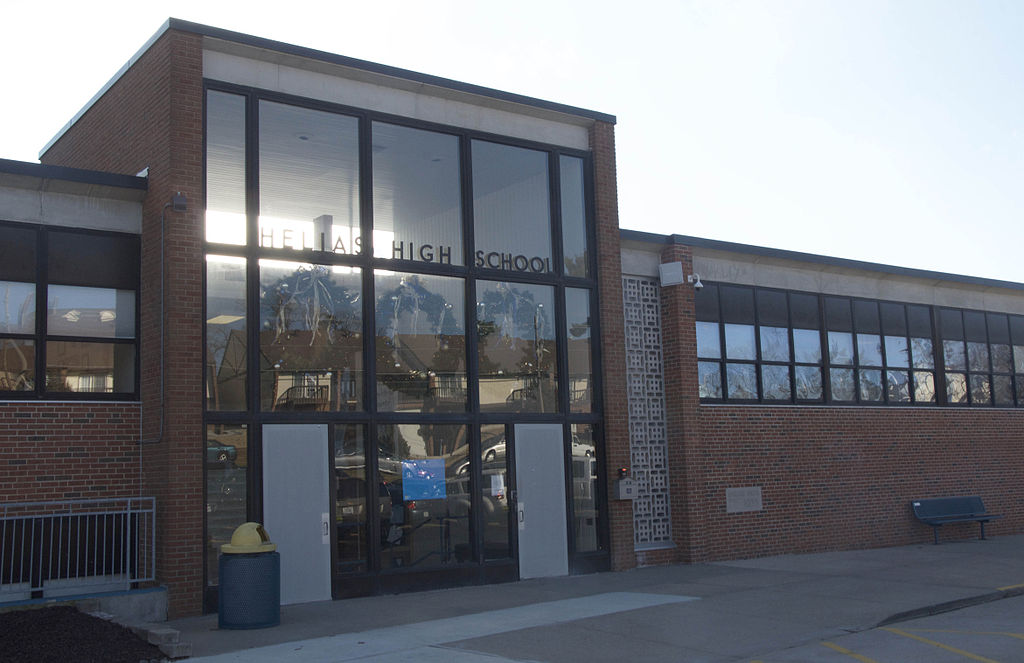 Officials from the Diocese of Jefferson City, Missouri, have encountered criticism as they try to balance Pope Francis' call to welcome those in "irregular" family situations with upholding traditional church teaching on gender, sexuality and marriage.

In early May, the diocese presented guidelines for working with LGBT students and "non-traditional families" in Catholic schools to gatherings of diocesan priests and principals.

Bishop John Gaydos approved the document, "A Pastoral Process of Accompaniment and Dialogue: Addressing Children and Youth in Response to Gender Concerns and Non-Traditional Families," which was developed by a committee of eight priests, sisters and laypeople.

The guidelines state that "wherever possible, enrollment is the goal," yet make it clear that enrollment is only possible if the parents agree to sign and uphold a "Covenant of Trust" in which they pledge to "support the moral and social doctrine of the Catholic Church."

The guidelines also include instructions for talking to people in various "scenarios," such as an unmarried heterosexual couple wishing to enroll their child, a same-sex couple estranged from the church, or a current student coming out as transgender.

The document comes at a time when few dioceses are publicizing guidelines about LGBT students or non-traditional families.

One exception is the Diocese of Springfield, Illinois, where Bishop Thomas Paprocki recently told priests to deny funerals to gay Catholics. Springfield's school policy says it welcomes all children, but requires non-traditional families to meet with a pastor and forbids them from publicly opposing church teaching.

Meanwhile, the Diocese of Little Rock states in its school handbook that LGBT students may be expelled if they express same-sex attraction in a way that causes "confusion or distraction" or insist on following gender norms of the opposite sex.

The new Jefferson City policy, which does not promise admission for non-traditional families or accommodations for LGBT students, may not be so different in practice from the Springfield or Little Rock policies. However, ambiguity in the document has led some to worry and others to hope that it will be more inclusive of LGBT Catholics.

Among the worriers are several blogs and websites, which Superintendent of Catholic Schools Sr. Elizabeth Youngs, a member of the Sisters of Charity of Leavenworth, says started posting a "hijacked" copy of the document, which was meant as internal guidance for pastors and principals only.

A Church Militant article accused Gaydos of "paving the way for the dilution of Catholic ethics," while an anonymous blog entitled "30 Pieces of Silver" is solely devoted to opposing the guidelines. Hundreds of opponents attend monthly vigils near the cathedral, and the diocese has received dozens of concerned letters and phone calls.

Francis DeBernardo, executive director of New Ways Ministry, was surprised that some considered the guidelines too inclusive. He referred to them as a "double-edged sword" that "had a lot of hurdles built into it that were going to force exclusion."

While DeBernardo praised the guidelines for showing the schools were "willing to dialogue rather than rejecting students outright" he worried they would be "difficult and unfair to implement."

He says Catholic schools should "welcome children from all families regardless of the make-up of the family, because the school is responsible to the student and not to the students' families."

Of particular concern was the requirement that parents pledge not to speak against church teaching in their homes, which DeBernando said could damage family cohesion.

Charles Presberg, a Catholic professor at the University of Missouri in Columbia in the Jefferson City Diocese, opposes allowing non-traditional families to enroll children, but echoed some of DeBernardo's concerns.

Presberg believes the whole document is "inconsistent" and "intellectually dishonest" because the first section makes enrollment the default, while the attached "Covenant of Trust" makes it an impossibility.

Youngs recognized that such tensions were likely, but said non-traditional parents should tell children they respect the church and be prepared to respond when children ask why they are not following church teachings.

"If it becomes evident that the family is being subversive at home," she said, "and the child starts acting out around that, we would invite the family to come in for a meeting and probably invite them out of our school."

Youngs clarified that the phrase "enrollment is the goal" does not guarantee that all students will be admitted or retained, and emphasized that the policy is not a recruiting tool.

Instead, it is a response to the United States Conference of Catholic Bishops' encouragement that all dioceses develop such guidelines, and to two incidents within the diocese during the 2015-16 school year: a same-sex couple attempting to enroll a child and a student coming out as transgender.

Both Youngs and Fr. Joseph Corel, the vicar general of the diocese, said they believe their guidelines are in line with what many other dioceses are producing for internal use. They were developed in consultation with the National Catholic Education Association as well as lawyers, youth ministers and superintendents throughout the country.

Corel said the main purpose of the document was to provide "helpful conversation pointers and guides" and suggested that people focus on the long process of "accompaniment and dialogue" that will precede an enrollment decision.

However, Corel said, "It would almost be inconsistent to say you cannot enroll these children no matter what. If the purpose and nature of a Catholic school is to evangelize and reach out, then our stance when we visit with someone is 'How do we bring you in?' "

Jesse Barton, a public high school teacher from Kirksville, Missouri, with children enrolled in Catholic school, has a different idea of the purpose of Catholic schools.

"The only reason we send our children to a Catholic school is to impart the Fidem Catholicam," Barton said. He understands the diocese is trying to evangelize LGBT families, but he and his wife "don't believe our kid's classroom is the appropriate place to figure all of this out."

The Bartons oppose allowing openly gay or transgender students or parents in Catholic schools because they believes it constitutes a "passive affirmation" of their lifestyle and could be confusing or "a near occasion of sin" for young impressionable children.

They are especially upset that the guidelines were secret and developed "without meaningful input from 'major stakeholders,' " such as parents and current school pastors.

Both the Bartons and Presberg are disappointed by the diocese's response to their concerns.

"Those at the chancery claim that in the spirit of Pope Francis they are enlisting a spirit of dialogue and accompaniment," Presberg said. "Well, there was no dialogue for the parents who have kids in the school already; and a lot of them feel extremely unaccompanied."

Sr. Julie Brandt, associate superintendent of schools and a School Sister of Notre Dame, said the diocese was open to changes.

"We continue to look at how we might refine this as we grow in our experiences," she said. "It's a living document."