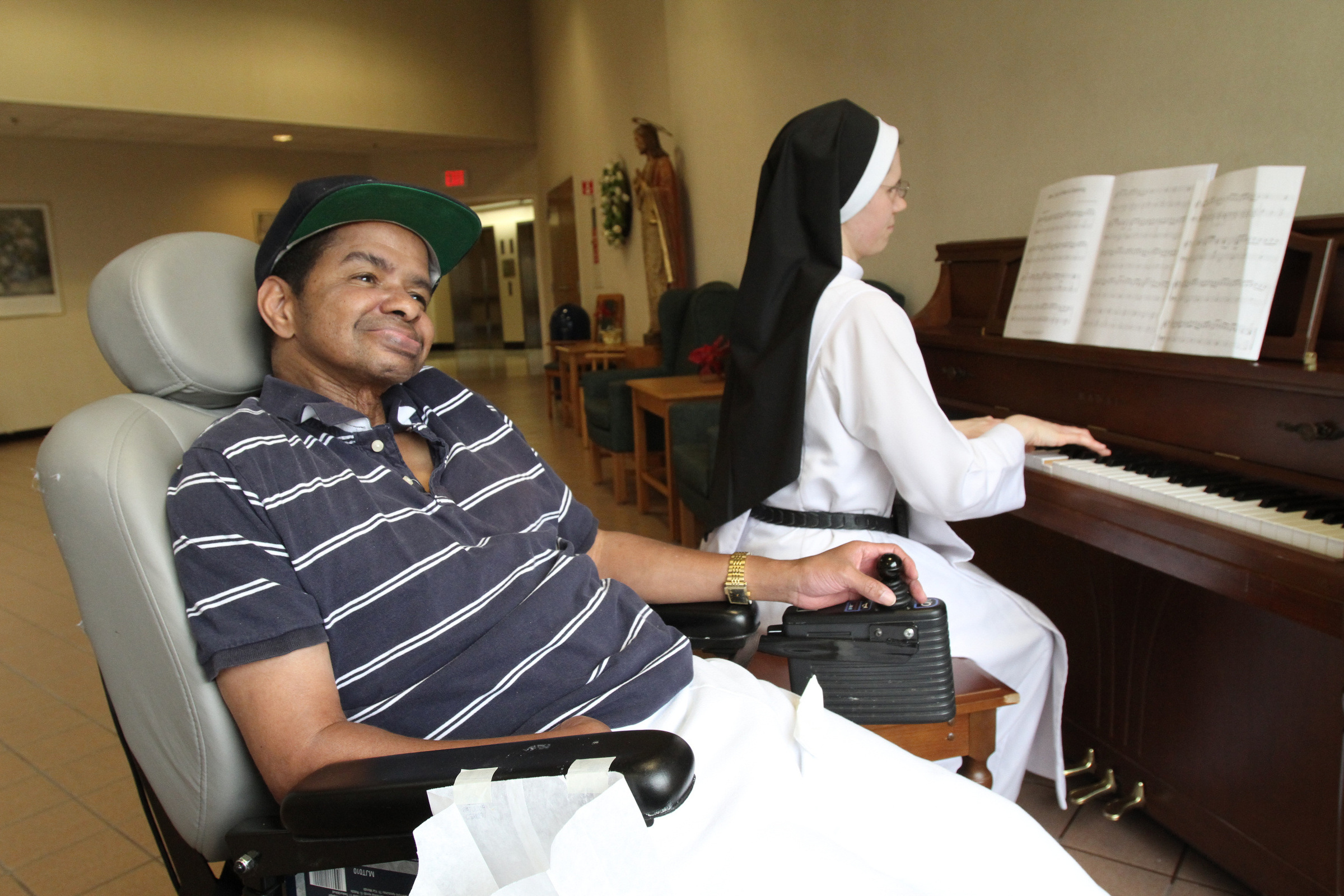 Sr. Eileen McNerney, a member of the Sisters of St. Joseph of Orange, was diagnosed with breast cancer in 2010 at 70 years old. A few years later, she got another illness that left her in the hospital for a few weeks.

After these illnesses, she said, she just felt spent.

"I said to God, 'I'm just not who I was. I'm not going to be that person again. What do you want me to do now?' " said McNerney, an outspoken advocate for palliative care in California.

She jokes that she was whining, but God had a plan — "I just felt God saying to me, 'I want you to pay attention to the long-suffering.' "

"It's not 'I brought you a piece of banana bread, here's a rose, maybe I'll see you in a couple of months,' " she said. But what does it mean?

This kind of commitment is exactly what parishes across California are making.

Through the Whole Person Care Initiative, all the Catholic bishops of California, the California Catholic Conference and the Alliance of Catholic Health Care have come together to create a statewide commitment to transform palliative and end-of-life care overall.

The initiative has already been presented during a conference at the Vatican, and the Diocese of Orange, California, helped hold a conference around end-of-life care in San Diego in October 2018, which included a workshop held by McNerney.

"A big part of this effort is to just help people to start having the conversation because we know nobody wants to have these conversations," said Greg Walgenbach, director of life, justice and peace at the Orange Diocese. "We don't want to think about death. We don't want to talk about end of life. But we know it's coming."

Over the next two to three months, the program will start rolling out to parishes, said Lori Dangberg, vice president for the Alliance of Catholic Health Care, a public policy and advocacy organization of California's Catholic health systems and hospitals.

It's going to have a 10-hour, train-the-trainer model, with goals to educate parishioners on the Catholic teachings of end of life, to teach people how to have those difficult conversations and to help parishes figure out what they can be doing to better offer support within current structures.

"It really is meant to change the culture both within the church and within our health care setting on how we care for persons who are seriously ill or dying," Dangberg said.

That kind of culture shift could have a big impact. Currently, the California Death with Dignity Act, a physician-assisted dying law, which took effect on June 9, 2016, has a sunset date of 2026. This means the law will cease, unless further legislative action is taken.

It's at that time that Walgenbach hopes the conversation has changed so much that this kind of bill isn't needed.

"Nobody wants to have these conversations.

We don't want to think about death.

We don't want to talk about end of life.

But we know it's coming."

"One of our goals is that at the end of 10 years that no one sees the need to renew a law like that because we've changed the conversation and people are aware of all the other resources that are available," he said.

He'd also like to see the state change its efforts from funding aspects involved in the Death with Dignity Act to palliative care and hospice care.

California bishops aren't the only ones looking to better handle end of life care. The Boston Archdiocese's Initiative on Palliative Care and Advanced Care started in 2015. The Milwaukee Archdiocese is helping educate parishioners by creating a video series. And the Catholic Health Association is holding workshops to educate clergy.

"But what makes this unique in California is that the bishops explicitly come together and say, 'Yes, we are all on board. And we are all invested in this effort,' " Dangberg said.

She hopes it can be a model to the rest of the country.

In 1994, Oregon voters approved that state's Death with Dignity Act, which allowed people with terminal illnesses to end their lives through voluntary self-administration of lethal medications.

That same year, Supportive Care Coalition, made up of Catholic health ministries looking to advance palliative care, was founded in Oregon.

Since then, five more states, California, Colorado, Hawaii, Vermont and Washington, and the District of Columbia, have all passed similar acts.

Catholic organizations have been big opponents of those bills. In 2016, Pope Francis said assisted suicide offers a "false compassion" and treats the person as a problem.

"Healing is still possible, even when a cure is not," Hess said.

And many times, that means improving palliative care in their communities.

When talking about life-threatening illnesses, it can seem like a world just filled with doctors, hospitals and medicine. But it's much more than that.

"The fundamental nature of illness is personal. It's only partly medical," said Ira Byock, founder and chief medical officer for the Institute for Human Caring of Providence St. Joseph Health.

For example, an advance directive, or living will, asks if when the time comes someone would "accept support of my breathing, heart and kidney function by machines that require me to be in a hospital or special care unit" despite quality of life, if someone does not "want extraordinary medical treatments, such as breathing machines or cardiopulmonary resuscitation (CPR)" or somewhere in between. 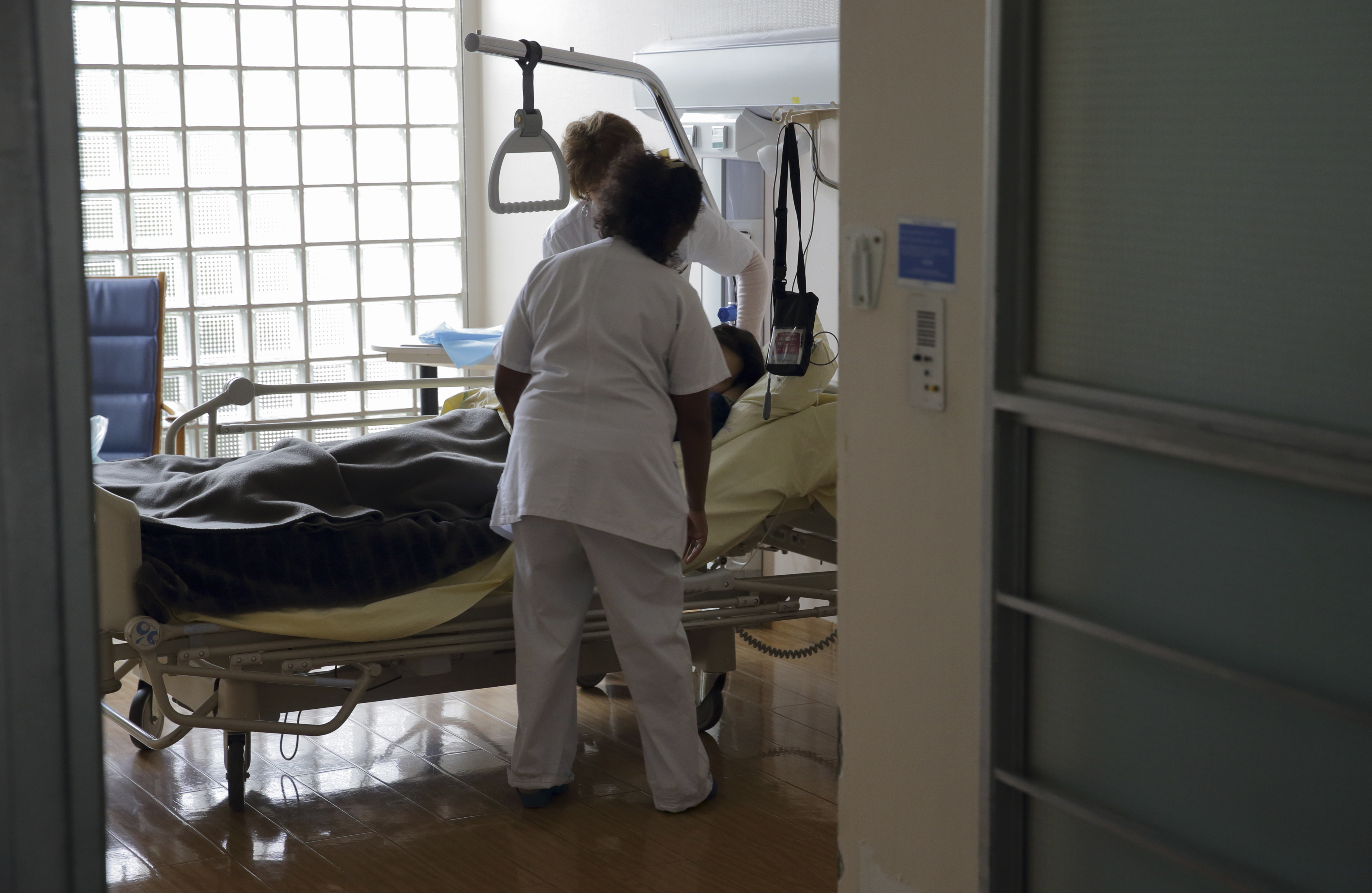 Nurses provide care to a patient in 2015 at the palliative care unit of a hospital near Paris. (CNS/Reuters/Philippe Wojazer)

These, Byock said, aren't medical decisions. It's what each individual person wants. It's these kinds of decisions that religious organizations need to be able to help people with.

"Faith communities are rediscovering their traditional roles in supporting people through these inherently difficult times of human life," he said.

But faith communities are already stretched thin with a number of other responsibilities, said Byock, who is helping create the curriculum for trainings in the California Whole Person Care Initiative.

From there, he encourages each parish to talk to the people in their community. There are people in every church who are already dealing with illness, whether it's themselves or a family member, he said.

"They're already experts. They know what their needs are," he said. "They know how hard it is to get those needs met."

Palliative care is "care focused on relief from the symptoms and stress of a serious illness," Get Palliative Care's website said. "The goal is to improve quality of life for both the patient and the family."

This team, he says, goes over how the patient's pain is being managed and their emotional and spiritual concerns. They'll also meet with family members so that they're well enough to support the patient. And when things don't go the way people hope, the palliative care team helps create a plan B.

"It can be done best together," Byock said. "Not an either-or model."

There are also a lot of misconceptions about Catholic moral teaching on palliative care and hospice care — something that will be addressed in California's Whole Person Care Initiative trainings.

And the misconceptions are not just around what kind of care the patient is getting. McNerney said she's learned a lot about visiting people who are terminally ill, like what to expect, what to do and what not to say.

She said she's found that palliative care for the soul is "getting peace of mind before one dies."

She learned from Byock's book The Four Things That Matter Mostare "Please forgive me," "I forgive you," "Thank you" and "I love you."

[Heather Adams is a freelance reporter based in Los Angeles. She loves talking about religion. Follow her on Twitter: @heatheradams44.]