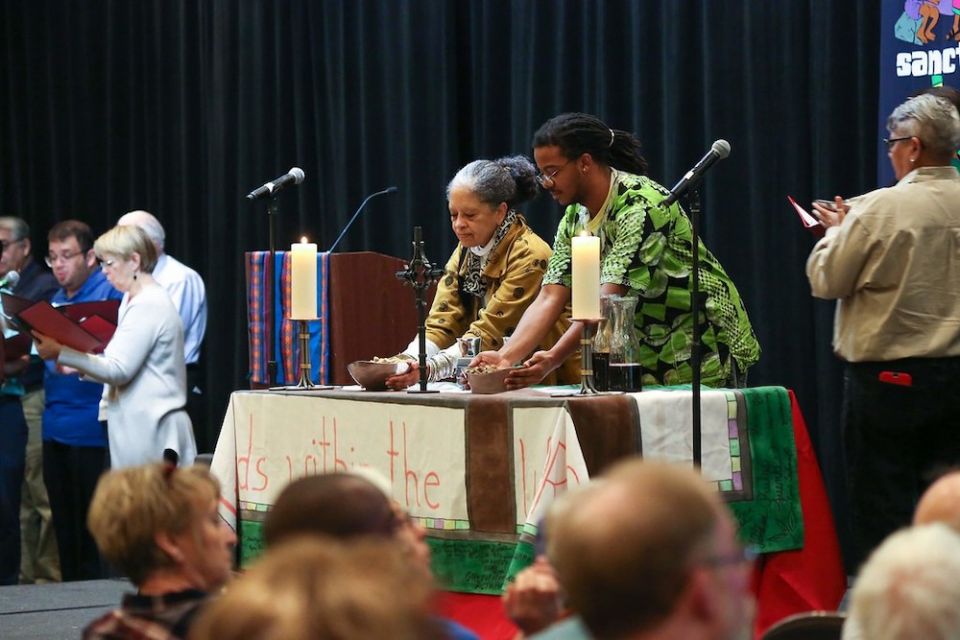 Debra Brittenum, left, and Derek Rankins participate in liturgy at the 2018 Call to Action national conference in San Antonio, Texas. (Call to Action)

When Jacob Blake was shot by police Aug. 23 in Kenosha, Wisconsin, Call to Action, the 40-year-old Catholic Church reform organization, was primed to connect with local Catholics. Call to Action (CTA) is currently working behind the scenes to help a member conduct background research on the 15 Catholic churches in Kenosha. The goal is to give the member resources to promote an antiracism training in each church.

"CTA is setting up habits and practices to support people and leaders on a local level," Zach Johnson, executive director of CTA, told NCR. "When voices of color ask us to do something, we're prepared to take swift action."

Johnson joined CTA in 2017, and he noticed that CTA was wrapped up in talking, thinking and conferencing on racism — but that it wasn't taking actual action to move the church toward equity. Now Johnson, along with CTA's antiracism team, is working to spur CTA beyond education toward quantitative results. The organization has traditionally advocated for women's ordination, LGBTQIA+ dignity and married priests.

A rotating cast of board members, volunteers, local chapters and conference planners make up CTA, with annual conferences being the organization's backbone. Currently, a national conference is held every other year, alternating with regional ones.*

In 1996, when Debra Brittenum first encountered CTA, she was struck by how white the CTA conference was. Still, Brittenum, who is Black, admired the organization's resolve to work for change within the church, a mission that she felt aligned with her own vocation. 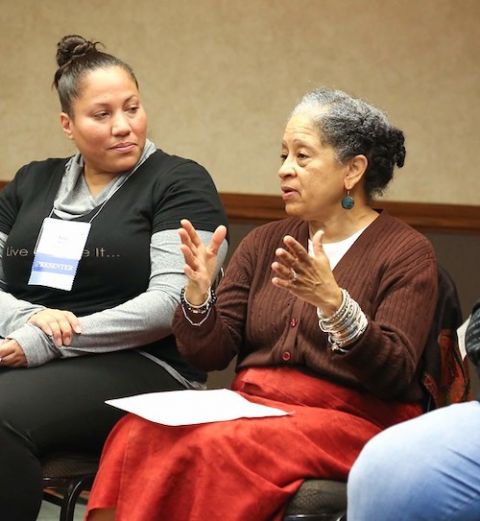 Brittenum calls herself "a cradle Catholic built from Baptist and Christian Methodist Episcopal timber." As a child, her father was taught by Catholic Sisters in the South. He raised Brittenum with the understanding that being a Catholic means bringing equality and opportunity to communities where education is highly valued.

Brittenum saw CTA as the best option to use her voice for change.

In 2000, she was invited to join the CTA board of directors. They worked on making the annual conferences as diverse as possible, incorporating music from communities of color into their liturgies, for example, inviting women to preach.

As a board member, Brittenum urged CTA to engage in internal anti-racism training via professional groups. She imagined that it might use the methods of the civil rights movement to bring change.

In 2004, CTA’s anti-racism team met for the first time and hosted an anti-racism training, moderated by Crossroads. The effort led to a concerted effort to devote resources to ongoing anti-racism work.**

Among the participants was Fred Dabrowski, who experienced the anti-racism effort as a sort of personal awakening. Dabrowski, who is white, first became involved with a local CTA chapter in 2006. He knew he benefited from white privilege, but he hadn't realized how ubiquitous white supremacy really was. His first lesson was that he had to start the work not in his church or community, but within himself.

He began challenging himself, his own family's benefit from the GI Bill, the 1944 initiative that paid for college education for white veterans, but not, in practice, for Black veterans. He found that committee members felt comfortable challenging each other when racism arose.

As he learned more, he began to see that everything traced back to racism.

"Many other justice organizations that I'm aware of don't consider the fact that racism is at the bottom of everything," Dabrowski said. "They don't want to get mixed up with racism. I don't care what issue you have, racism is underneath it."

Dabrowski also realized that, in order for progress to be made, he had to step back and let leaders of color lead. The team began listening to Brittenum and others.

More people of color joined the board. Theologians of color from various backgrounds presented at the annual conferences. 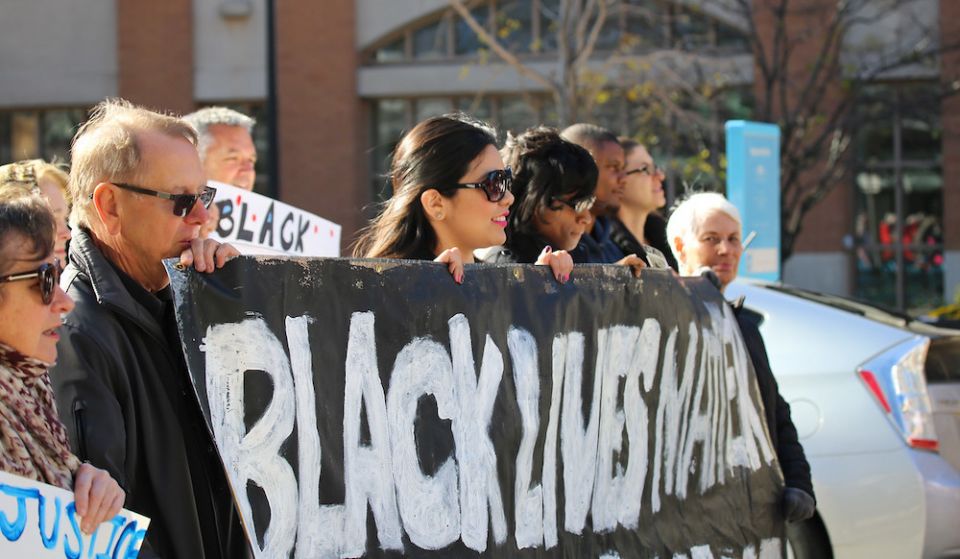 Not everyone within CTA was pleased with the new direction. There was disagreement within the organization, as some members felt that focusing on race and racism detracted from the organization's primary work of promoting married priests, ordaining women and allowing divorced and remarried parishioners to receive Communion. There was also an age gap between some longtime members who were committed to church reform and new members who joined via the Re/Generation program intended to attract millennial-aged constituents.

Still, Brittenum remained steadfast to her conviction that "you cannot change what you're not a part of."

"You might leave the organization thinking, 'I gave it my best shot,' " she said. "But, if you're a Black person, you just kind of have to stay in it. Because you really have no place else to go."

Over time, CTA showed signs of progress. They became what Brittenum calls "an incubator for white allies" such as Dabrowski: they amassed a cohort of white people who interrogated their own beliefs and who effectively communicated to other white people the evil of racism in the church. They gathered a group of millennial-aged constituents to complement their previously older following through their Re/Generation program. They held — and continue to hold — caucuses based on race. They replaced their board of directors with a vision council, which includes young adults.

Patty Hawk attended her first CTA conference in 1997. She joined the board in 2000 and served as co-president for six years. At the time, she was in her 30s and was a younger member of a new cohort within CTA.

While she was with CTA, she watched as the organization moved from its history of church reform work and toward a heavier focus on anti-racism practices.

Hawk was on the board when the anti-racism training occurred. As a white woman, Hawk remembers that time as "hard and sometimes really sad and absolutely transformational," as well as "a genuine challenge to [her] identity and academic life."

To many white people in CTA, and to Hawk, the instinct to the anti-racism learning was to shield themselves as good, well-intentioned people.

"It's important to challenge people so they can break free of their embedded racism, their unseen racism, and that's got to be coupled with an invitation to breathe, slow down, and to not get defensive," Hawk said.

For Hawk, CTA provided her with the foundation to embark on an anti-racism approach in other areas of her life. After experiencing the Crossroads training, Hawk began teaching dialogue, specifically anti-racism dialogue, in her classes at Nebraska Wesleyan University.

Hawk stepped away from the CTA national group. She wanted to make space within CTA for the voices of a new generation, such as Delfin Bautista's. 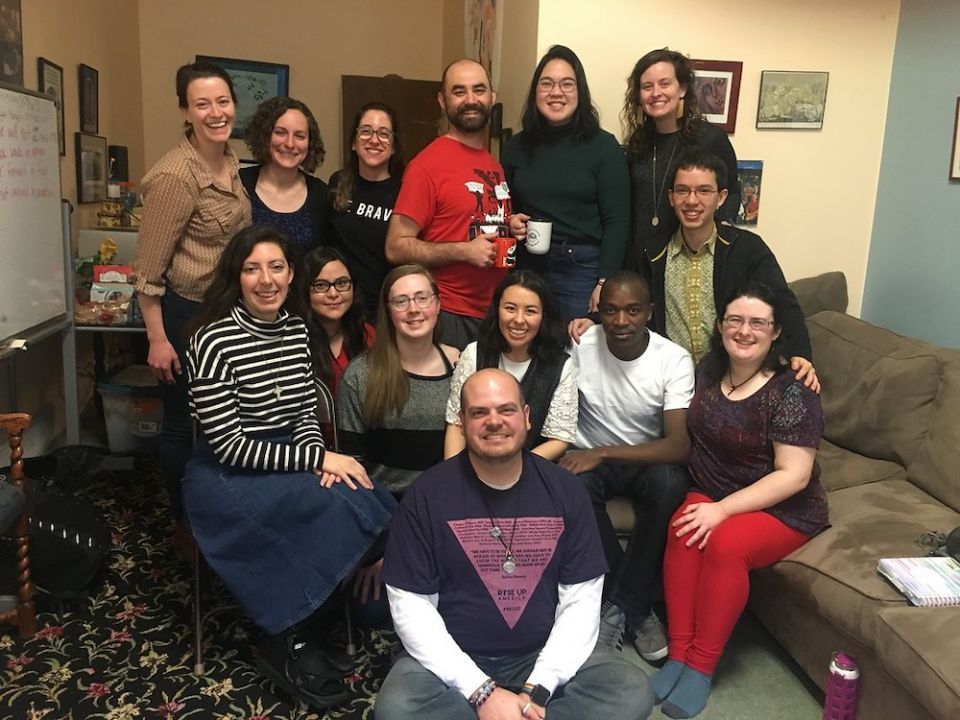 Initially, Bautista was drawn to CTA because of the organization's commitment to facilitating challenging conversations around anti-racism. In 2010, Bautista joined the anti-racism team and the then-board of directors.

From 2015 to 2019, Bautista took a break from CTA but now serves on CTA's vision council, largely because Bautista has witnessed a transformation in CTA between 2010 and the present.

Like Brittenum, Bautista was concerned about CTA members' reaction to criticism and feedback. However, when CTA now receives criticism from its membership, it "enters into a creative space" where criticism is honored and where "folks can share their concerns and questions," according to Bautista.

By 2017, when Derek Rankins joined CTA's Re/Generation program, he discovered a CTA that he calls "a smart community of Catholics who were in their 20s and 30s, who were practicing, and who had a devotion like [he] did."

Rankins is Black: he is colloquially known as Black Moses. While Rankins was aware of the flaws within CTA's anti-racism efforts, he opted to join the anti-racism team anyway.

"The anti-racism committee was having a conversation about being effective: They were asking, 'How can we be more effective?' " Rankins said. "The beautiful thing about CTA is it is a group of white folks who are truly trying to evolve. They're trying. Sometimes they do it, sometimes they fail. But they work together and continue to move forward."

Currently, CTA is organizing a 2020 National Campaign to coordinate local efforts across the country. (Due to COVID-19, this campaign is now virtual). The campaign features four main strategies: education, lobbying, direct action and alternatives. It includes four virtual working groups that draw on CTA's members' diverse skill sets, build on its history of creative organizing, and articulate a new strategic vision for church reform. This Advent, the campaign will culminate in a series of coordinated actions. 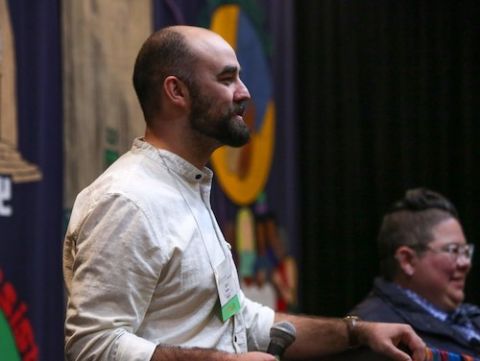 "CTA right now is trying to move away from the world of ideology and conversation toward action, toward being material about the work we do," Johnson said. "The reality is, if we want to do anything about any of the works of mercy, we probably know enough already, we probably have education in our communities. We need to put our bodies there. We need to materially get close to what justice looks like, meaning investing our money, time, focus and attention in anti-racism work."

Brittenum is hopeful about the future of CTA and its position to effect change in the church.

"We're doing it," Brittenum said. "The difference between 20 years ago and now is that I don't think anyone in CTA would ever deny that I had an experience that I said was so difficult. We've lost our defensiveness."

"I want to tell you I think CTA is a gem in the Catholic Church," Brittenum said. "We're addressing racism — not as best we can — but we're working on it. That's all you're ever going to be able to say you're doing."

"After all," Brittenum added, "who's accomplished such a thing as undoing racism, undoing oppression?"

[Gina Ciliberto is a writer based in Minneapolis.]

Read this next: Younger progressive Catholics ready to 'regenerate' Call to Action

Kyle Rittenhouse, whiteness and a divinely ordained license to kill